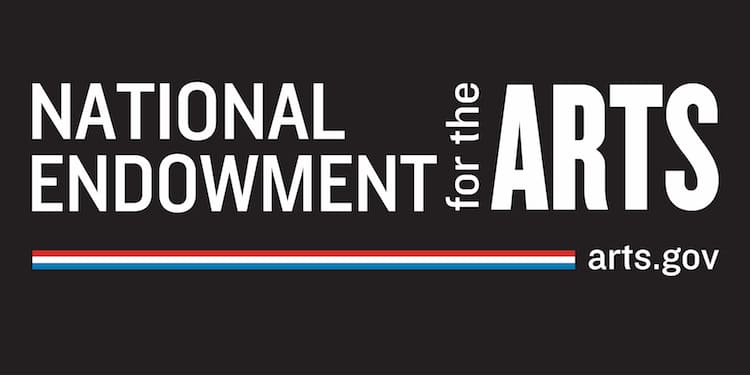 The NEA Logo (Photo: The NEA)

Did you know that the National Endowment for the Arts has advocated for artistic advancement in the United States for over 50 years? Aiming to make art accessible to all, the independent agency facilitates policies and funds projects that allow Americans from all walks of life “to participate in the arts, exercise their imaginations, and develop their creative capacities.”

In recent years, the NEA has become a contentious topic of conversation—both on the political landscape and contemporary art scene. Here, we take a closer look at this important agency in order to illustrate the ins, outs, ups, and downs of the NEA's federal arts funding.

What is the NEA? 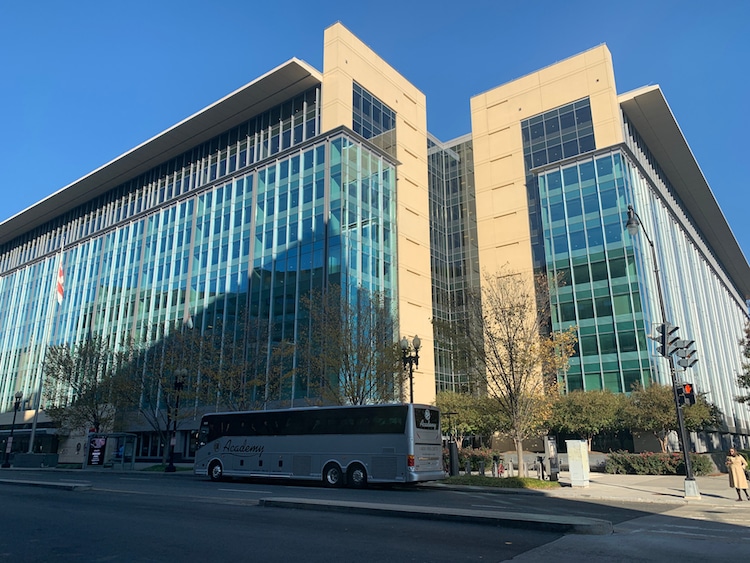 Founded in 1965 and based in Washington, D.C., the National Endowment for the Arts, or NEA, is an independent agency of the federal government that “funds, promotes, and strengthens” the arts in the United States of America (including U.S. territories).

Accolades granted by the NEA include the following: the National Heritage Fellowship, the highest folk art honor; the NEA Jazz Masters Fellowship for exceptional jazz musicians and experts; and the National Medal of Arts, which celebrates those who are “deserving of special recognition by reason of their outstanding contributions to the excellence, growth, support, and availability of the arts in the United States.” 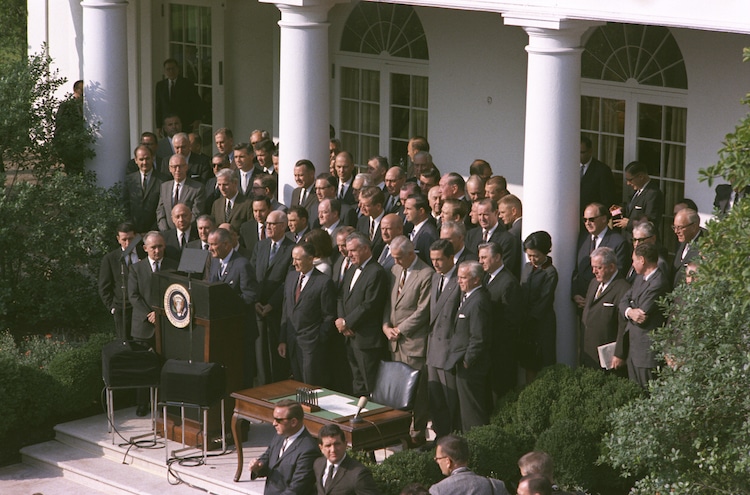 In 1964, President Lyndon B. Johnson enacted the Good Society, a series of policy initiatives and programs intended to eradicate poverty and promote equality. Johnson predominantly sought social reform through education, health, housing, and other closely related sectors. He also, however, saw strategic potential in the arts.

Taking a cue from Franklin Delano Roosevelt's Federal Art Project—a New Deal agency that recruited over 8 million people to produce public art that, in turn, boosted the economy—Johnson signed the National Foundation on the Arts and Humanities Act into law in September 1965. Proposed by Representative William S. Moorhead of Pennsylvania and inspired by a 1963 report by the National Commission on the Humanities, this piece of legislature established two independent agencies approved by Congress: the National Endowment for the Arts and National Endowment for the Humanities (NEH), which “supports research, education, preservation, and public programs in the humanities.” 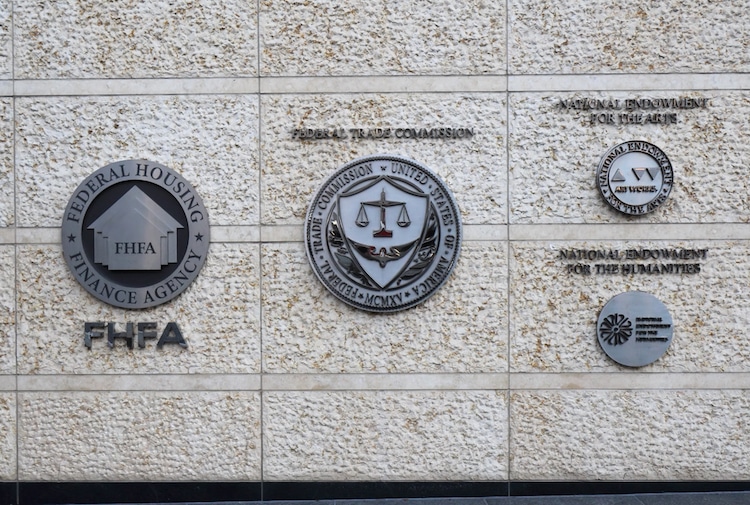 In 1965, the NEA appropriated $2,898,308 in grants. In 2020, funding totals $162,250,000—just .003 percent of the federal budget. These funds are split across 2,400 grants in every Congressional District with an emphasis on accessibility. According to the agency, 65% of NEA grants are allocated to small and medium-sized organizations; 40% of programming exists in high-poverty neighborhoods; and 36% of grants go to organizations serving “people with disabilities, people in institutions, and veterans.”

As a result of the NEA's efforts, there has been a “growth of arts activity in areas of the nation that were previously underserved or not served at all,” culminating in the kind of arts accessibility that the country's founders envisioned. “The arts and sciences are essential to the prosperity of the state and to the ornament and happiness of human life,” George Washington said in 1781, “They have a primary claim to the encouragement of every lover of his country and mankind.”

Still, the NEA's seemingly inalienable existence has not been without its challenges. In addition to issues of censorship and controversies surrounding the content of its funded exhibitions, the NEA has faced several threats of elimination: first in 1981 under the Reagan Administration; then in 1995 by House Speaker Newt Gingrich; and, finally, as recently as this year at the hands of the Trump Administration.

In 2017, 2018, 2019, and 2020, President Trump has sought to entirely abolish the National Endowment for the Arts, the National Commission on the Humanities, the Institute of Museum and Library Services, and the Corporation for Public Broadcasting. In each instance, however, both chambers of Congress have denied his efforts, and the agencies have continued to make art accessible to the public—just as Washington, Johnson, and other presidents have intended.

“We've got to support our artists and celebrate their work,” President Obama said in 2015, “and do our part to ensure that the American creative spirit that has defined us from the very beginning will thrive for generations to come.”

Save the arts! Share
Like My Modern Met on Facebook
Get Our Weekly Newsletter
Become a
My Modern Met Member
As a member, you'll join us in our effort to support the arts.
Become a Member
Explore member benefits
Save the arts!