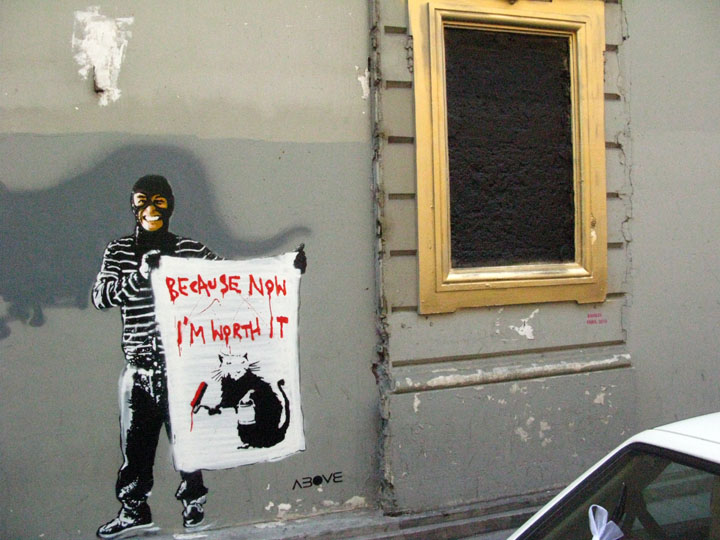 Street artist ABOVE personally wrote to us to tell us about his most recent stencil in Paris. He created it because he found it to be “an interesting topic about Banksy and the thievery of street art works.” To fully understand the piece, read his personal story, below. “Last year I was traveling for 3-months around Europe and spent 2 weeks in Paris. One day when I was walking around Paris I found this spot but unfortunately I had just 1 day before my flight to Rome. After observing the large concrete frame on the wall, it gave me a lot of inspiration for several ideas on how to creatively interact with the un-used frame and location. One idea was to juxtapose an “art thief” stealing a popular painting like the Mona Lisa from the frame. I felt the idea and site-specific stencil would interact well with the un-used frame and the fact that the Mona Lisa is located just 10 minutes away inside the Louvre museum. “Time always changes things and with that new situations arise. Since last year when I was in Paris I've noticed a lot of new topics in street art and more importantly the thievery of art works in the street. I felt it more interesting and relative to have the art thief portrayed in the stencil stealing a piece of art that actually gets stolen quite often. The English artist Banksy is one of the most popular street artists and highly publicized victims of his street artworks being stolen. It's not by random chance this happens to Banksy's art as first and foremost he makes great work but also due to the fact that his indoor works have sold for several hundred thousand dollars you can imagine when he paints outside in the street his works are soon sought after by thieves. “It's an interesting concept and somewhat of an irony as we the artists and the thieves are both working in an illegal manner. One illegal activity inspires another. The artist paints illegally with spray cans on a wall, while the thieves jack hammer and chip off illegally painted walls, illegally. It's kind of like the pot calling the kettle black to a degree. I took the initiative to comment and create a situation in this piece that could mimic both illegal acts simultaneously executed here in the painting and in the process. “Many years ago before Banksy's mass appeal he painted his popular rat image that read, “Because I'm worthless.” Times have changed Banksy is a common household name as well as the increased value of his artworks. I felt like it would be applicable to the current state of affairs to appropriate his previous statement to “Because now I'm worth it” to reflect the past and current thievery of his street artworks.” 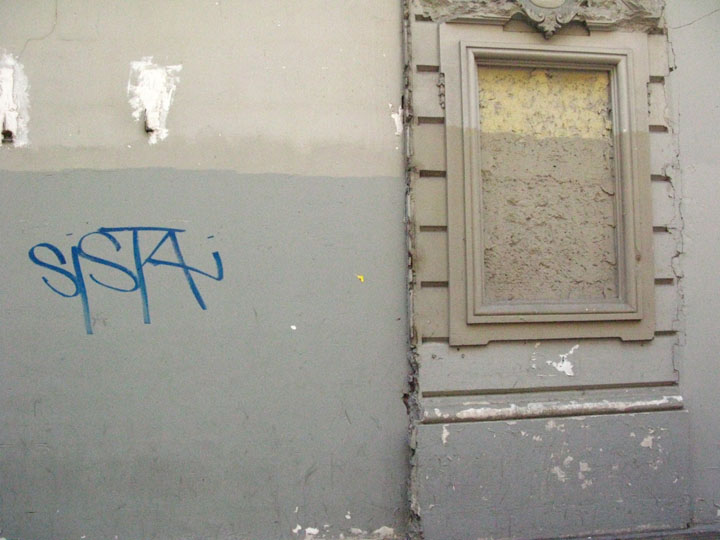 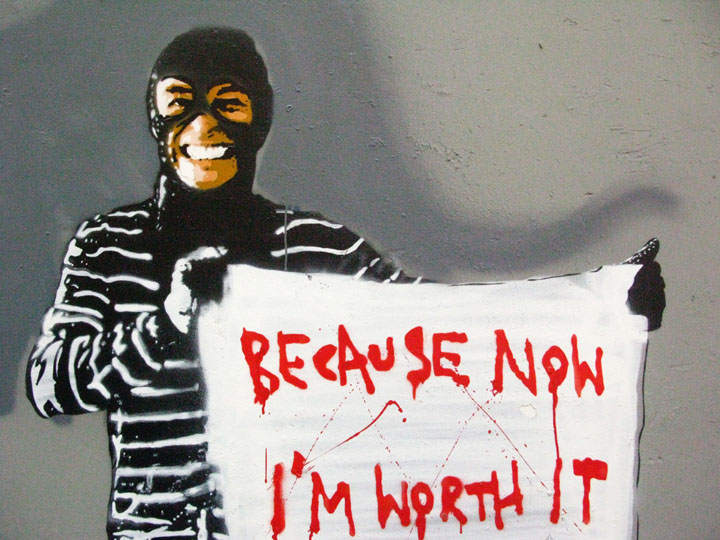 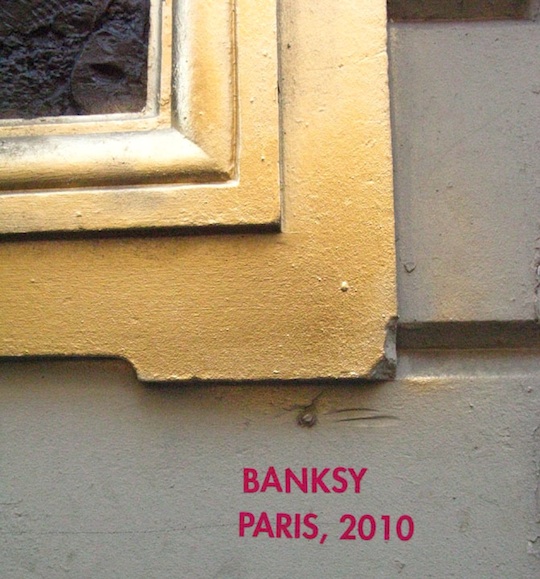 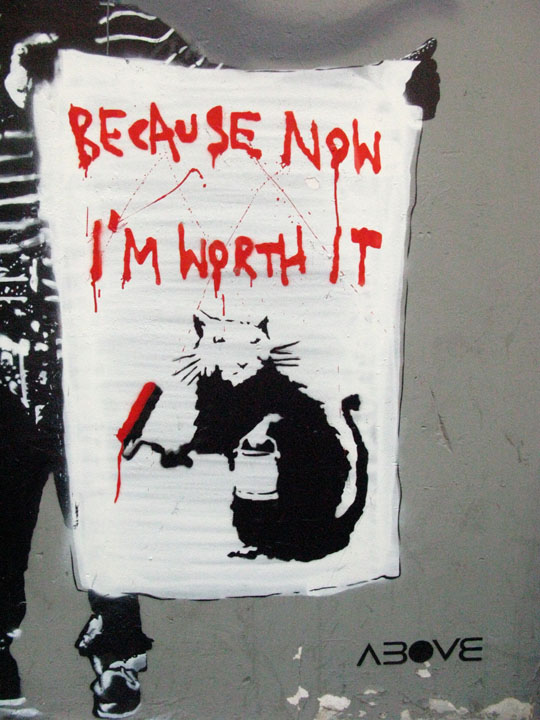 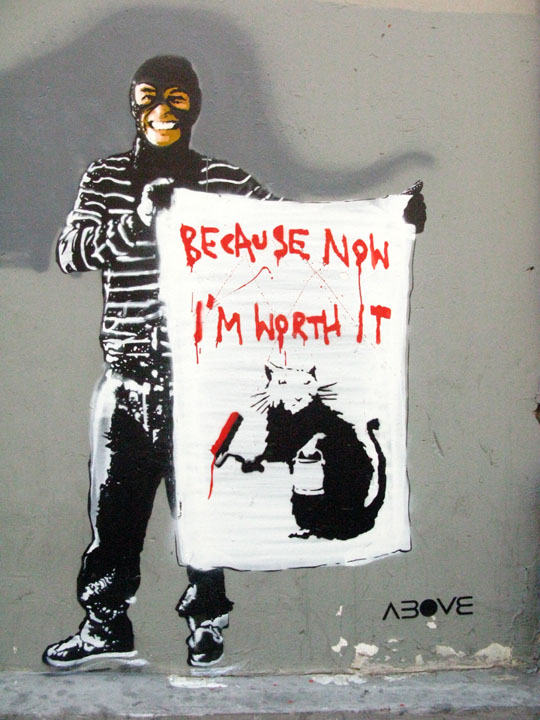