Pure magic—that is how photographer Michael Shainblum describes New Zealand. And thanks to his new 8K time-lapse taken around the country, he's sharing that magic with the world. Set to dramatic music, the nearly three-and-a-half-minute time-lapse is a voyage around the country's breathtaking landscapes. From rainbows over Mount Cook to the Milky Way shining over Queenstown, Shainblum captures it all.

The time-lapse was created using 50,000 still photographs, and it's a “showcase for the diverse landscapes of New Zealand,” according to Shainblum. With his seamless editing skills, it's nearly impossible to tell that these are still images and not video footage. But the American photographer is no stranger to time-lapses. He's previously put together projects about New York City, Shanghai, the Dolomites, and Los Angeles, among other locations.

Shainblum's skill and experience shine through in this latest piece, with him expertly guiding viewers through different environments. This includes sweeping aerial views of mountains, beams of light streaming through the clouds, and the sun setting over placid waters. We had the chance to chat with Shainblum about his love for New Zealand and how he prepared to tackle such an ambitious project. Read on for My Modern Met's exclusive interview and scroll to the end to see some behind-the-scenes footage of his adventure. 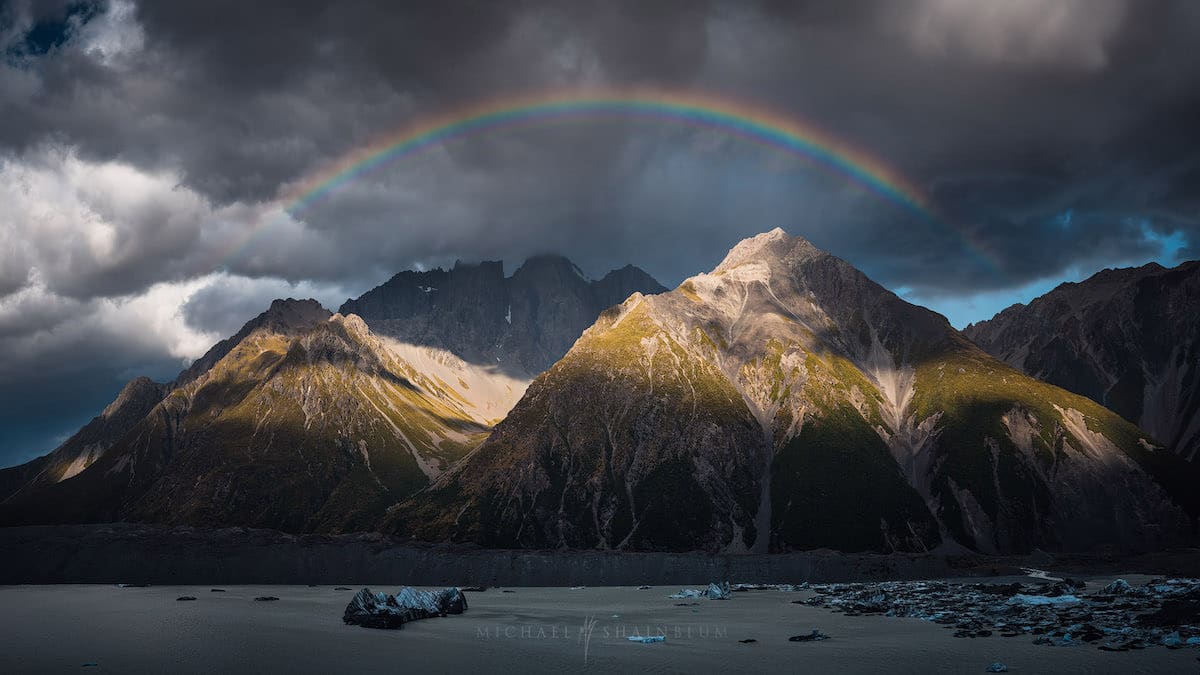 What has your travel experience been like in New Zealand?

The experience of traveling through New Zealand went far beyond just interesting photography and video. The people I met out there really made the trip for me; literally, every single person I met was so friendly and kind. From a photography standpoint, there was such a large range of diverse landscapes to focus on. One morning we would be at the coast photographing boulders and at sunset end up at a striking, dramatic mountain peak. 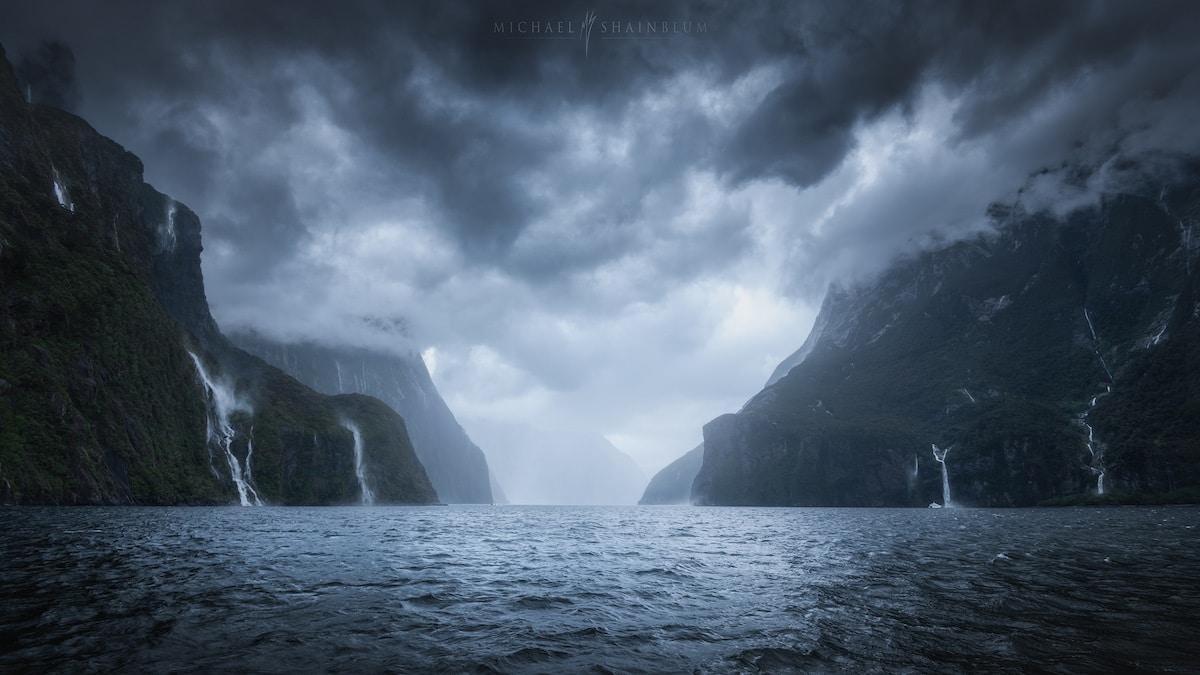 How did you come up with the idea to create a time-lapse about New Zealand?

It has been my goal to create a time-lapse of New Zealand for many years, honestly. It was a bucket list location since…well you guessed it, Lord of the Rings. I remember watching it and thinking, “I want to go there.” This was before I became a photographer.

What were you hoping to capture in the project?

The goal of the time-lapse was really to showcase the incredible variety of landscapes that make New Zealand so special. Not only that but also the dramatic changing weather patterns that filled the majority of the trip. I feel like I barely scratched the surface of what was possible there. I really hope to go back and create a longer video, with the North Island as well. 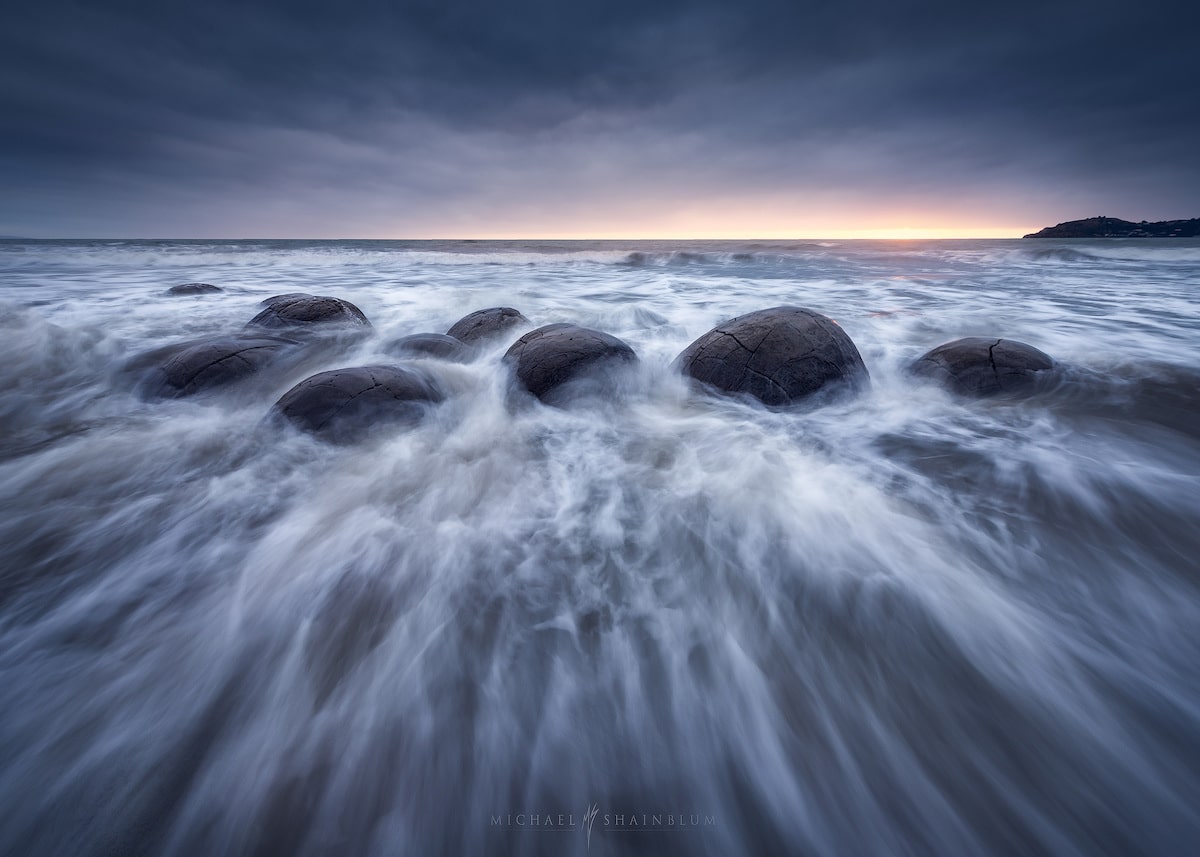 For those who aren't familiar with how time-lapses work, can you explain a bit about the creative process?

So for my time-lapses, I am capturing single still photographs at a set interval. So I might take 400 to 500 images for one time-lapse shot and then I stitch them all using video editing software. This gives me a really clean 8K image. For the night scenes, I am doing long exposures for each shot, allowing vivid views of the Milky Way. From there I take all of my time-lapse clips and edit them with music—similar to cutting a regular video edit. 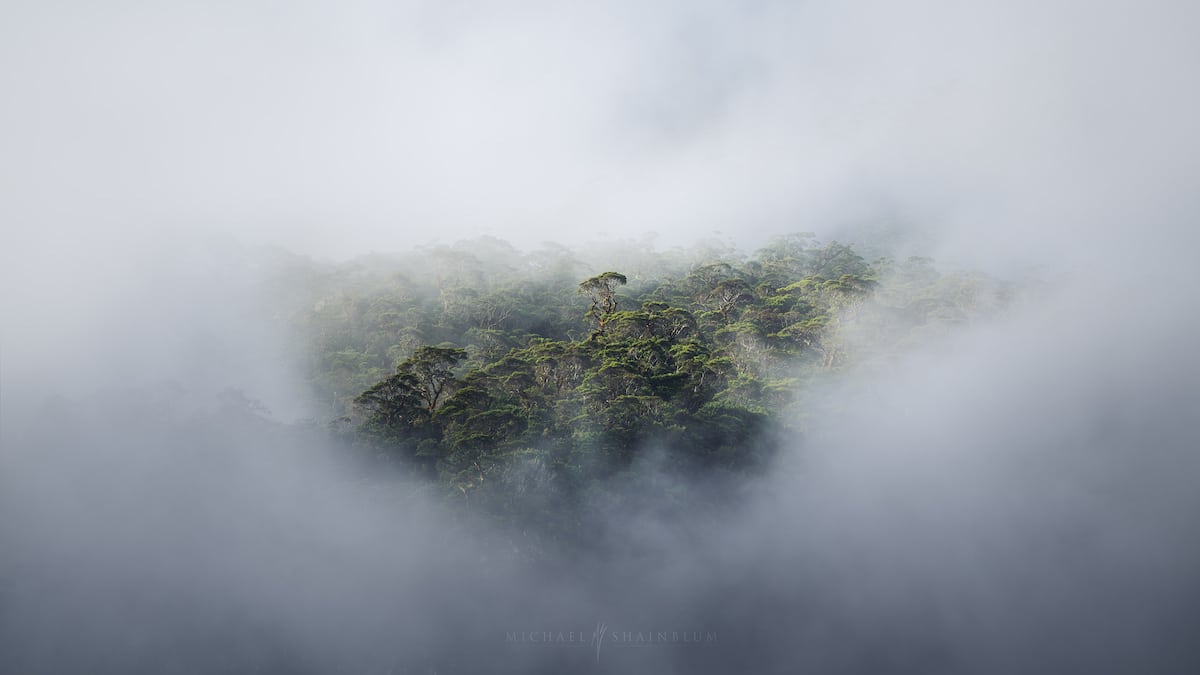 How did you go about selecting the places to feature in the time-lapse?

It took quite a bit of online research to make the location list, lots of time spent via Google Earth scouting around, which is how I do most of my trips. Then I created a trip itinerary with a local photographer Daniel Murry, who really helped me navigate the island and helped to create a realistic way to go from location to location. During the trip, I photographed a few spontaneous places along the way including an incredible mountain view in Queenstown thanks to local photographer Jordan McInally. 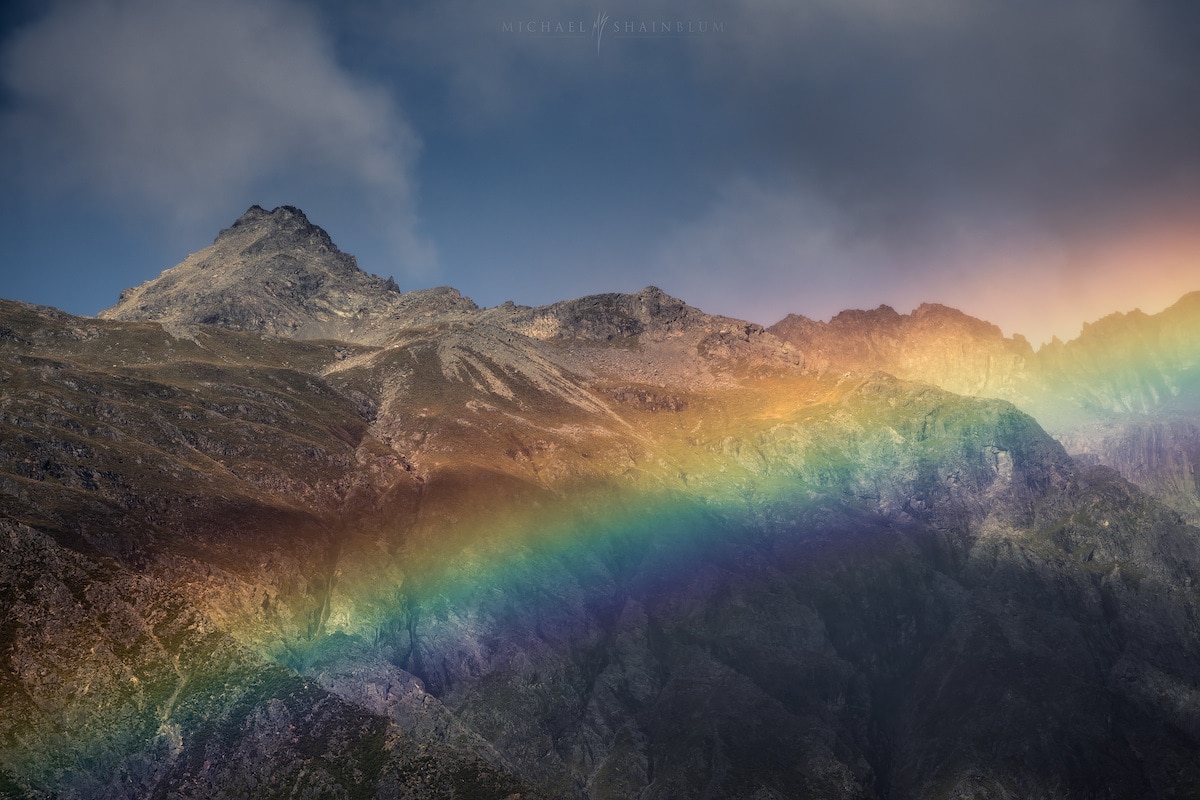 What was the most challenging part of the process?

I would say the toughest part was the dramatic weather. Sixty miles an hour plus winds made time-lapses difficult in some situations. Trying to find the right spot to place the camera and shield from the wind. Also waiting out the rain was a bit of a challenge. Setting up a six-foot slider, only to be rained out for an hour straight, protecting all the camera cables and wires. But it was all worth it when the dark clouds parted to reveal light rays or rainbows. 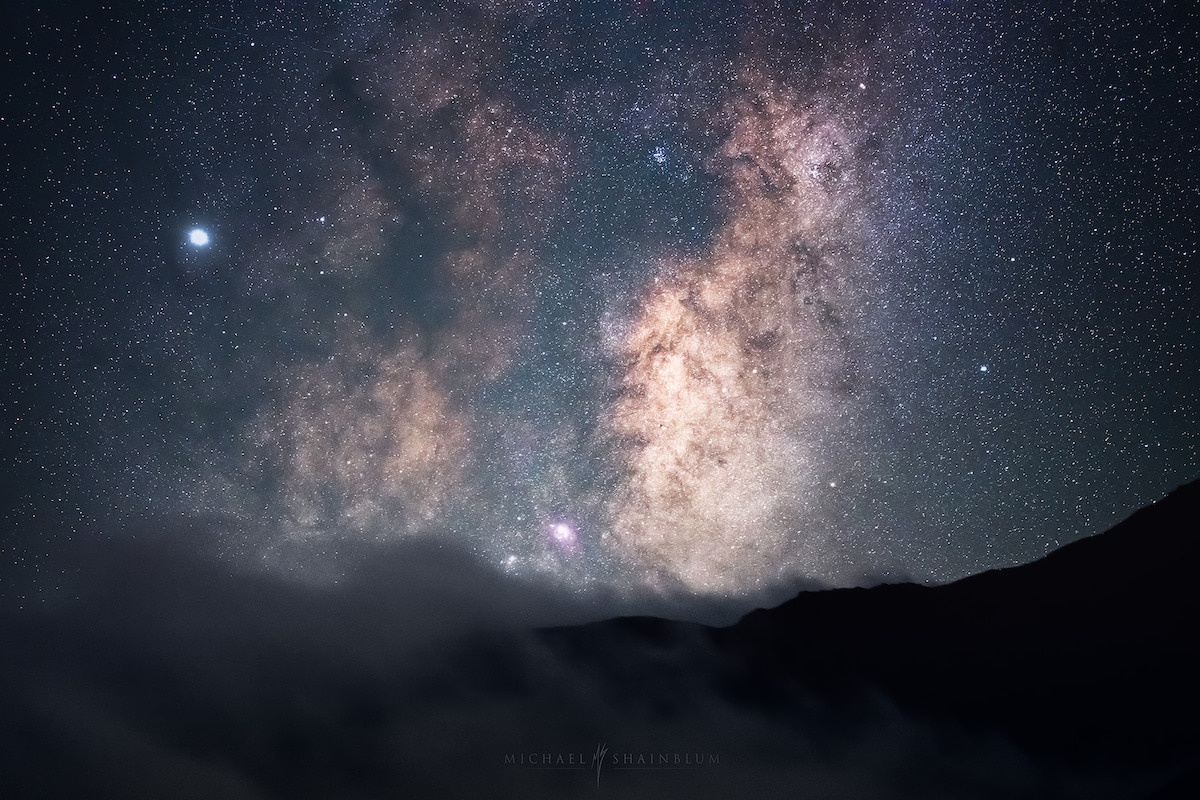 Honestly, I just hope it puts a smile on people's faces. I love creating art and sharing it with others. Hopefully, my work evokes some sort of emotion in the viewer, maybe the same emotion I felt while capturing the scenes. 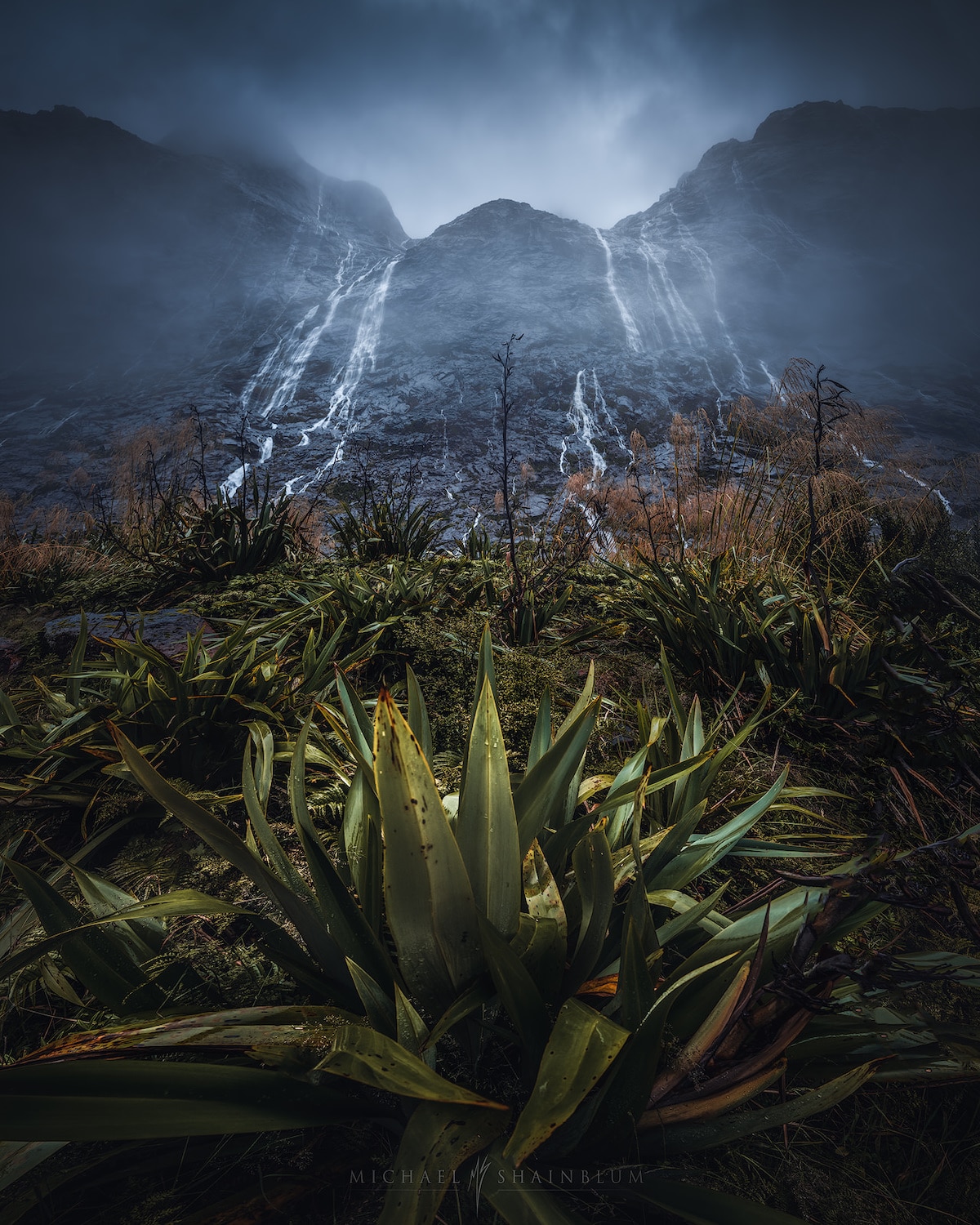 Rare and Stunning Views of the Glowing Universe Overhead

Amazed by the beauty of New Zealand? Share
Like My Modern Met on Facebook
Get Our Weekly Newsletter
Become a
My Modern Met Member
As a member, you'll join us in our effort to support the arts.
Become a Member
Explore member benefits