Colorful Strips of Tape Give the Illusion of Curves 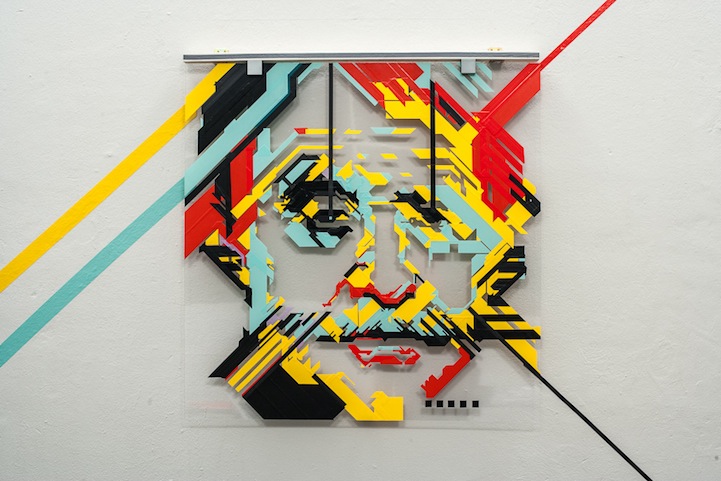 The very talented Italian collage artist No Curves is widely known for his geometric style in which he produces artwork completely with adhesive tape. He originally began working with tape as a kind of resistance to traditional forms of painting and he has since mastered his skills with the very clean and precise art form.

No Curves' minimalist style involves an innovative technique in which he carefully slices strips of tape and layers the colors together until images emerge from the intersection of lines. He isn't limited to just one type of surface, having created his work along urban streets, advertising posters, and art gallery walls.

A few months ago, the artist's solo show, entitled Top of the Line, was curated by Francesca Holsenn and presented at Avantgarden Gallery in Milan, Italy. In his signature style, No Curves used only straight lines and angles to create portraits featuring the illusion of rounded curves. His style of work is complex and, according to one reviewer, “The technique of adhesive tape leads the image to the strictest terms, and the lines intermingle, collide, and overlap, becoming the somatic traits of the characters but also symbol of the neural and synaptic connections at the basis of the art of ‘creating.'” 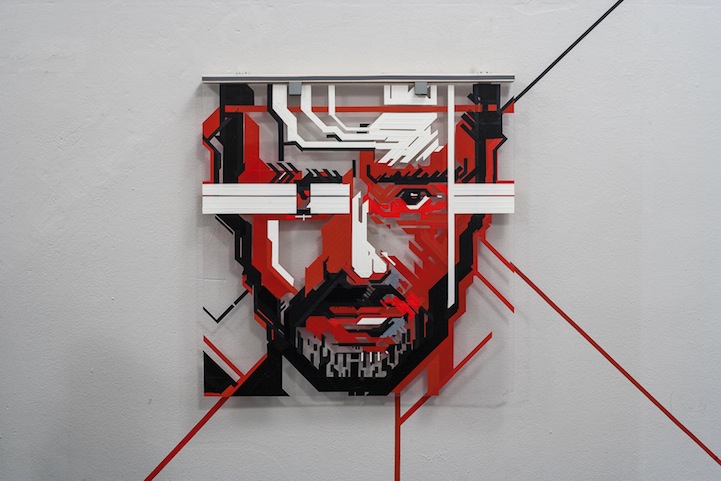 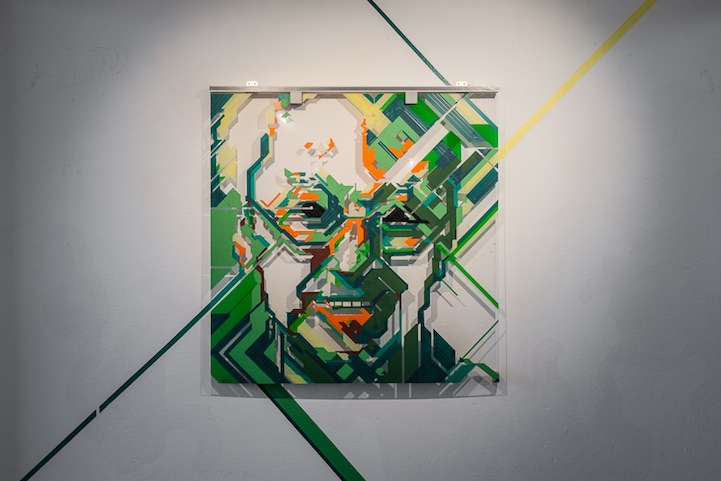 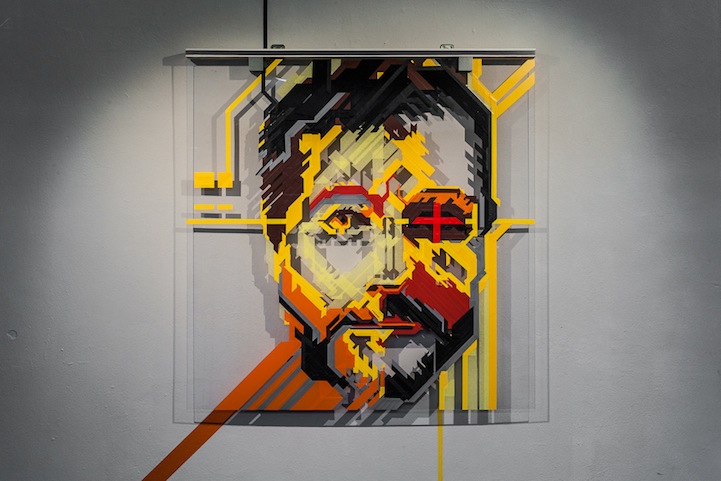 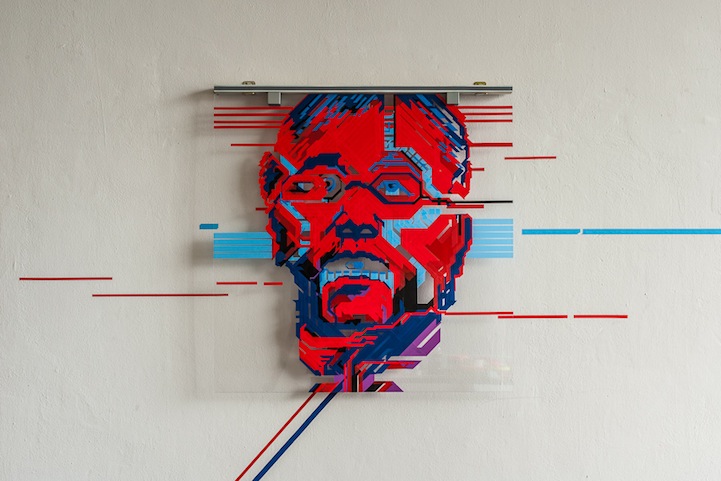 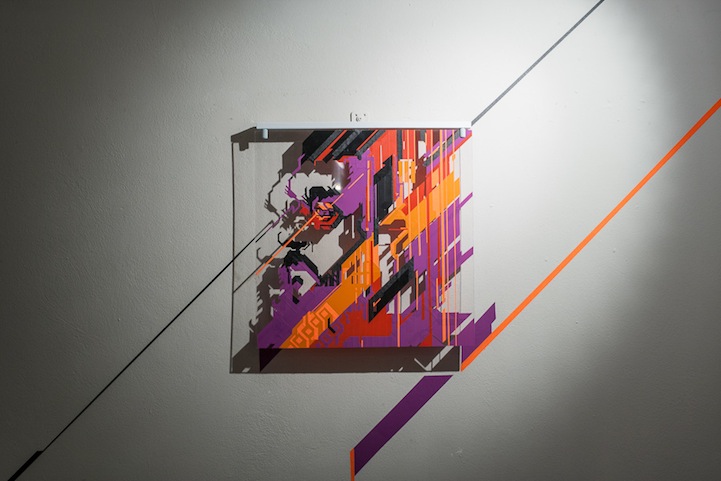 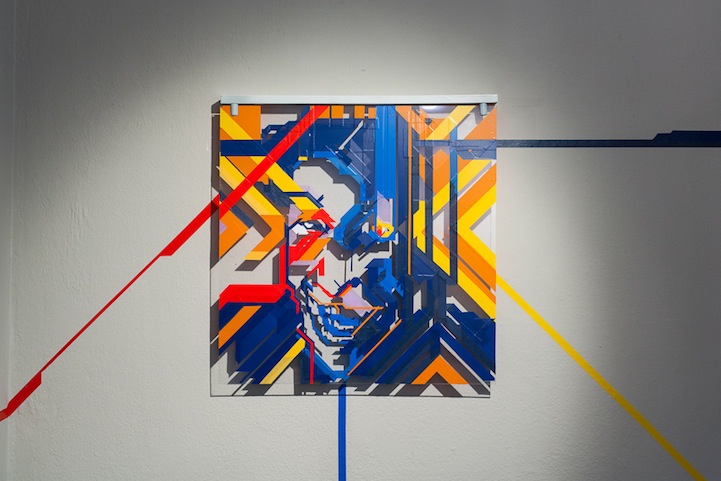 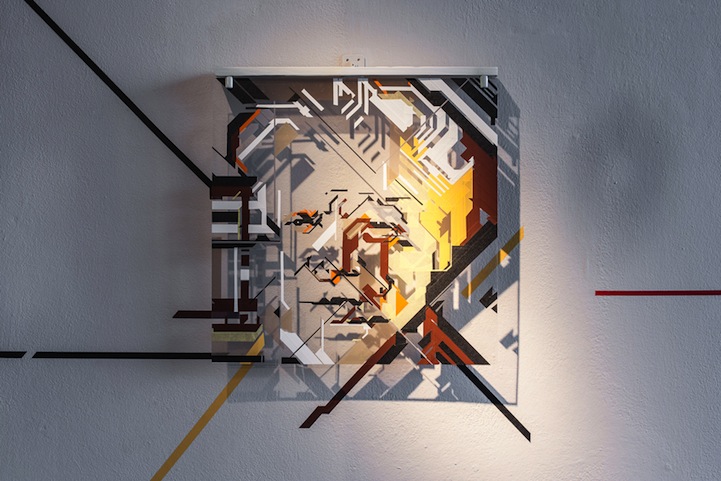 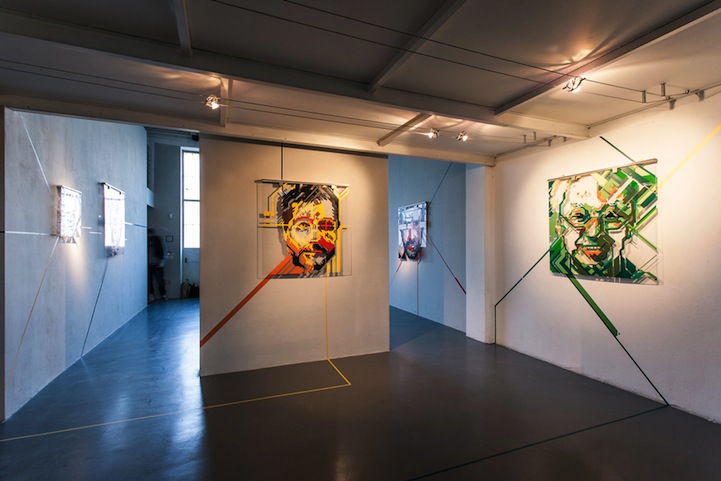 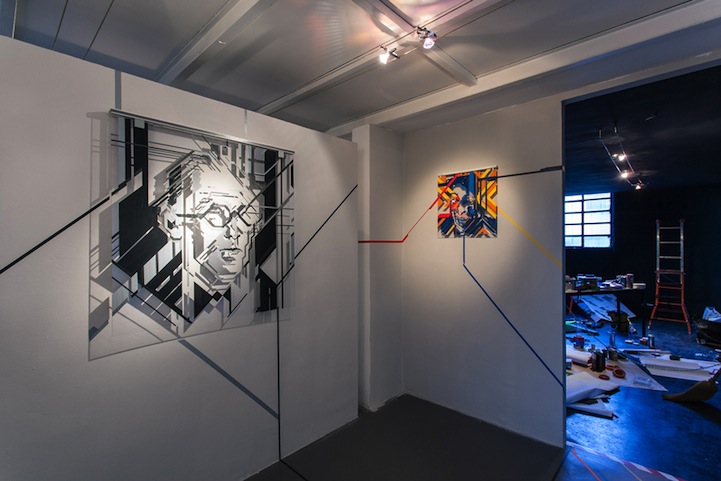 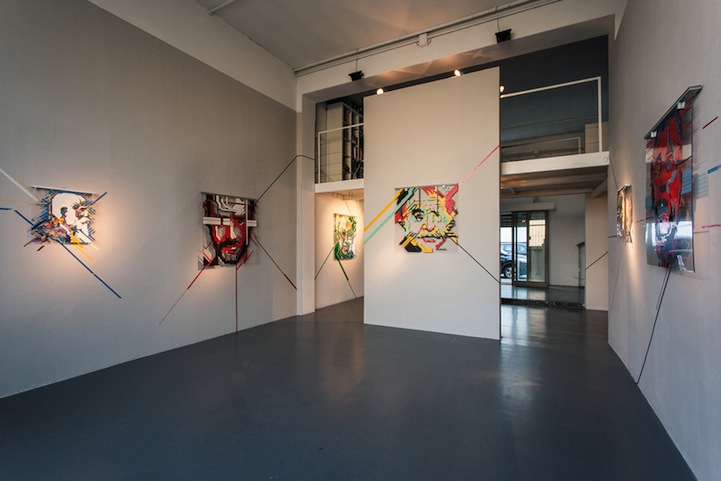