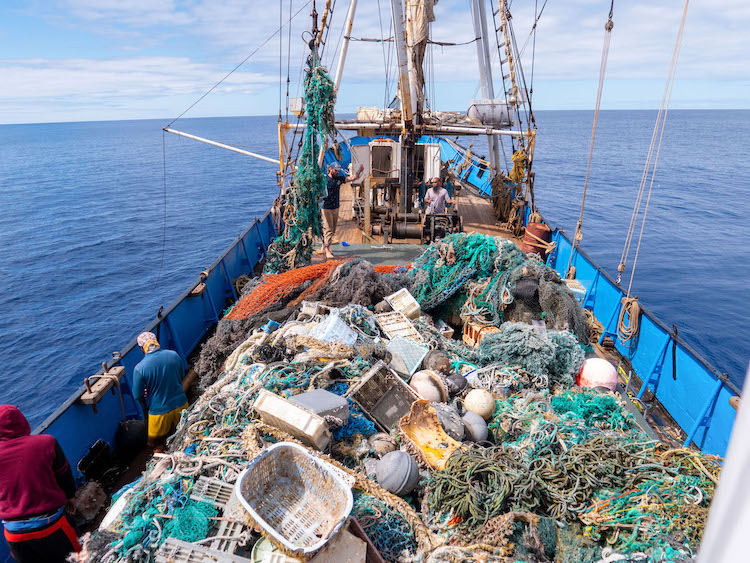 Over the course of 48 days, an expedition to the Great Pacific Garbage Patch managed to haul an astonishing 103 tons of plastic from the ocean. The mission was run by Ocean Voyages Institute, a non-profit founded in 1979 to help preserve the world's oceans. Incredibly, for as impressive as their recovery efforts are, it's just a drop in the bucket compared to what's still left behind.

The Institute's cleanup is the largest to date at the Great Pacific Garbage Patch. This remote area of the Pacific Ocean, located between California and Hawaii, is a swirling vortex that corrals and traps an astonishing amount of trash. The items that Ocean Voyages Institute managed to pluck from the ocean is quite representative of what's left behind—an overwhelming amount of fishing gear and consumer plastics.

Commercial fishing equipment and “ghost nets,” which are fishing nets cast overboard instead of being properly disposed of, accounted for the majority of the 103 tons retrieved. Sadly, the crew found numerous turtle skeletons tangled in the nets, which shows the real-life consequences of these careless actions. 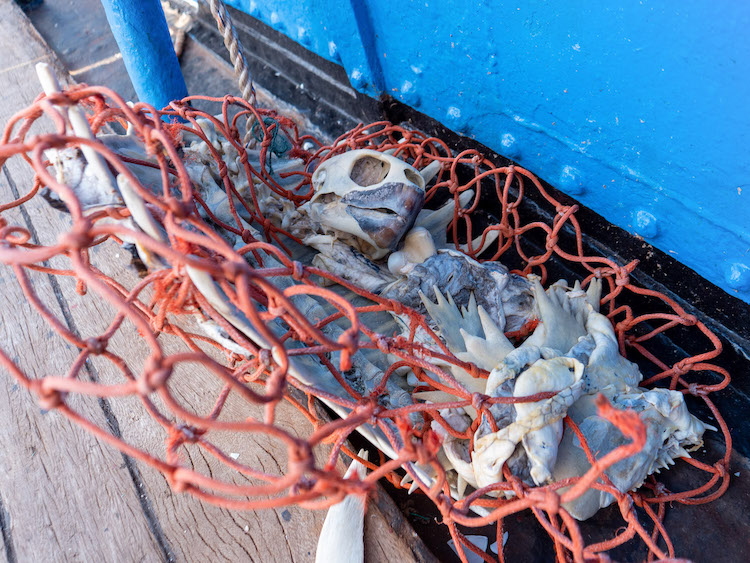 “I am so proud of our hard-working crew,” shares Mary Crowley, Founder and Executive Director of Ocean Voyages Institute. “We exceeded our goal of capturing 100 tons of toxic consumer plastics and derelict ‘ghost’ nets, and in these challenging times, we are continuing to help restore the health of our ocean, which influences our own health and the health of the planet. The oceans can’t wait for these nets and debris to break down into microplastics which impair the ocean’s ability to store carbon and toxify the fragile ocean food web.”

Crowley, who is known as the “Ghost Net Buster,” has developed methods to assist in hauling large quantities of plastic from the ocean. The expedition uses GPS satellite trackers on tagged fishing nets to find high-density areas of plastic. This plays into Crowley's theory that one net leads to many others. And, in fact, the technique has proved useful since it was put into place in 2018.

Even so, the crew still has a lot of hard work ahead of them. “There is no cure-all solution to ocean clean-up: It is the long days at sea, with dedicated crew scanning the horizon, grappling nets, and retrieving huge amounts of trash, that makes it happen,” says Locky MacLean, a former director at Sea Shepherd and ocean campaigner in marine conservation for two decades. 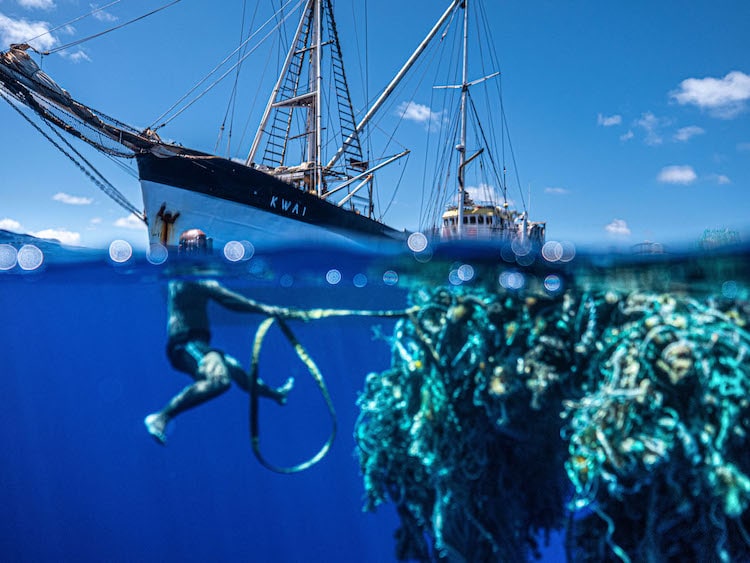 While their hard work has paid off, it's still worth noting that an estimated 80,000 metric tons of plastic are located in the Great Pacific Garbage Patch. The team is hoping to scale their work so that by next year they could have three ships working for three months at a time to collect plastic, which will then be brought onshore for upcycling.

“There is no doubt in my mind that our work is making the oceans healthier for the planet and safer for marine wildlife, as these nets will never again entangle or harm a whale, dolphin, turtle, or reefs,” says Crowley. 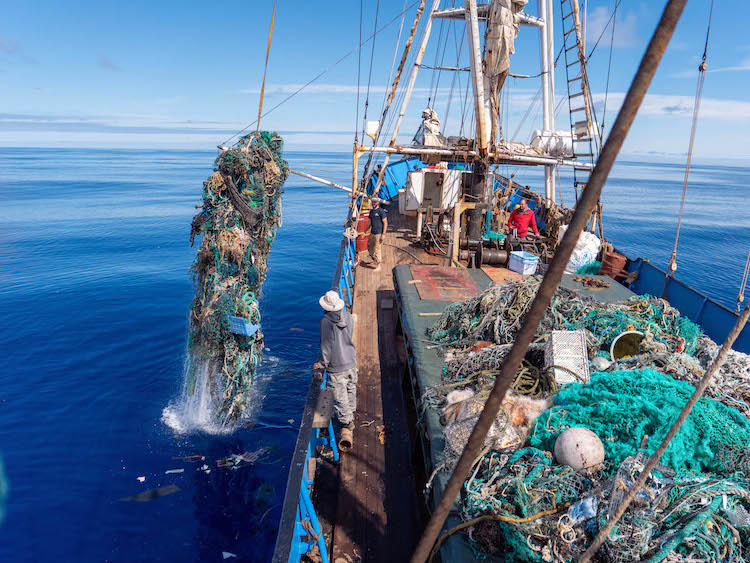 All images via Ocean Voyages Institute.

Be smart about using plastic.