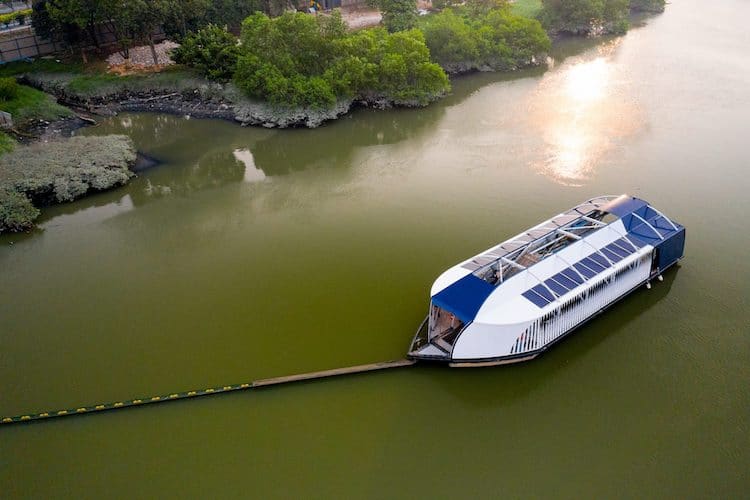 In an attempt to make further strides in ridding our waterways of plastic, The Ocean Cleanup has unveiled a new project. The non-profit is looking to cut off ocean plastic at the source by cleaning up 1,000 of the world's most polluted rivers by 2025. With research showing that 1% of rivers are actually responsible for 80% of the plastic that ends up in the ocean, the project is critical in freeing the world's oceans of plastic. To that end, The Ocean Cleanup has announced The Interceptor—a new scalable solution to tackle river plastic.

The Interceptor has been in the works since 2015 and is already operational in Indonesia and Malaysia. Plans are also underway to install the system in Vietnam's Mekong Delta and in Santo Domingo. Incredibly, the system can extract a little over 110,000 pounds of plastic a day and on good days—with optimal conditions—it can double that number. These exciting plans come on the heels of news that The Ocean Cleanup has successfully begun collecting plastic from the Great Pacific Garbage Patch after a few initial setbacks.

“To truly rid the oceans of plastic, we need to both clean up the legacy and close the tap, preventing more plastic from reaching the oceans in the first place,” says Boyan Slat, Founder and CEO of The Ocean Cleanup. “Combining our ocean cleanup technology with the Interceptor, the solutions now exist to address both sides of the equation.” 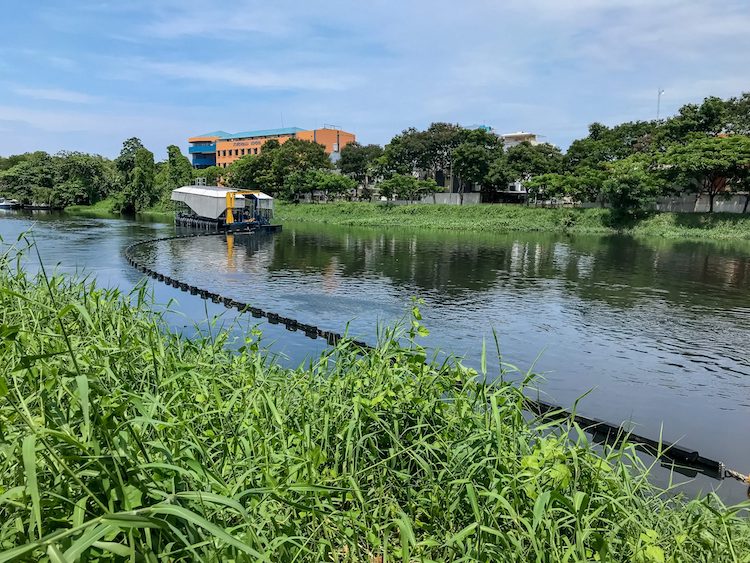 So how does The Interceptor work? The solar-powered system is anchored to the riverbed and uses the natural flow of the river to capture plastic. For safety reasons, The Interceptor has a completely autonomous setup. This has the dual benefit of allowing it to operate around the clock. Thanks to a floating barrier, garbage is guided into the system without closing access to the river. This allows vessels to continue making use of the waterway and doesn't impede the natural wildlife found in the river. In a technological touch, each system has a computer on board to help monitor performance and energy use.

These new achievements are incredible when one remembers how The Ocean Cleanup began. Slat was just 18 years old when he launched the non-profit, leaving college to invest his future in his idea. Now, together with a staff of over 80 professionals, Slat is seeing the fruits of his labor pay off.

Watch this video to learn how The Interceptor is working to clear plastic from polluted rivers.

All images via The Ocean Cleanup.