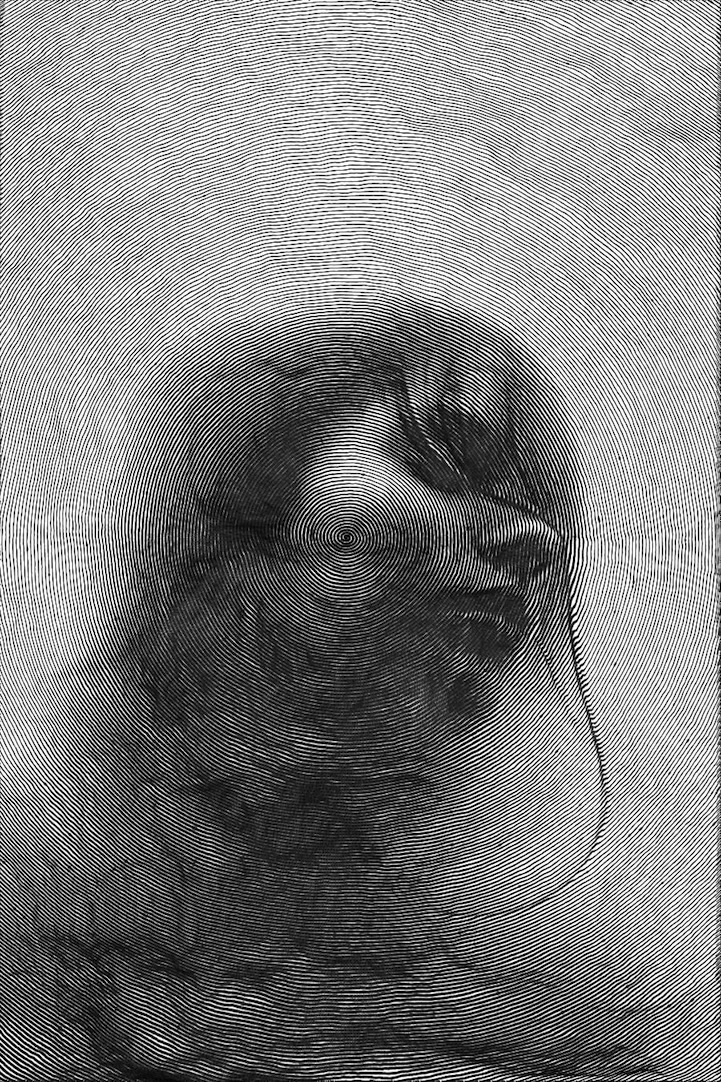 Zagreb-based Croatian digital artist Paolo Ceric (aka Patakk) creates incredibly realistic images with a single spiraling line. The long, winding mark manages to simulate the appearance of lifelike figures through the expertly administered boldness and thickness of the line in any given spot. By diluting and condensing the saturation of the sole circling contour, the artist is able to mimic light and shadow, allowing it to reflect a sense of depth and realism.

Ceric is able to produce his deceptively realistic images through a set of digital effects. The seemingly hand-drawn illustrations are, in fact, computational renderings. The artist blurs and plays with the boundaries between real life and the digital world in his work. He has honed his skill to generate thought-provoking illusions.

Each expressively detailed image features a brilliant grooved pattern which prompts viewers to interpret them as figurative fingerprints. This cognitive connection to one's own hand also leads a person to think about the significance of the impressions on the surface of their fingertips and the value of identity and origin. 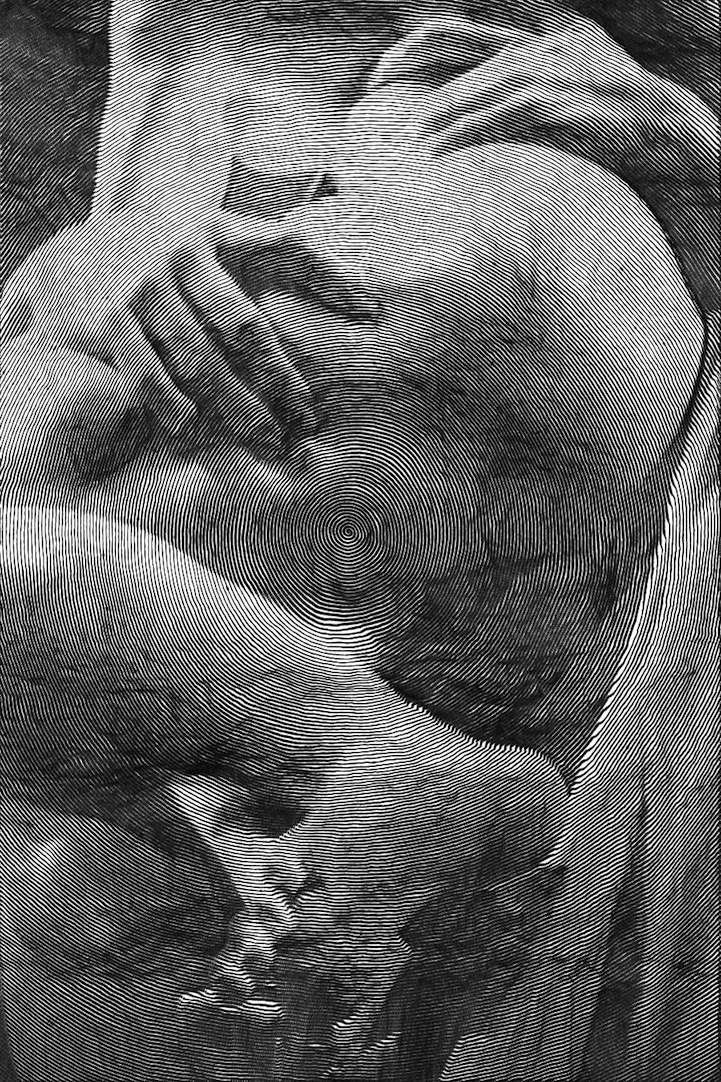 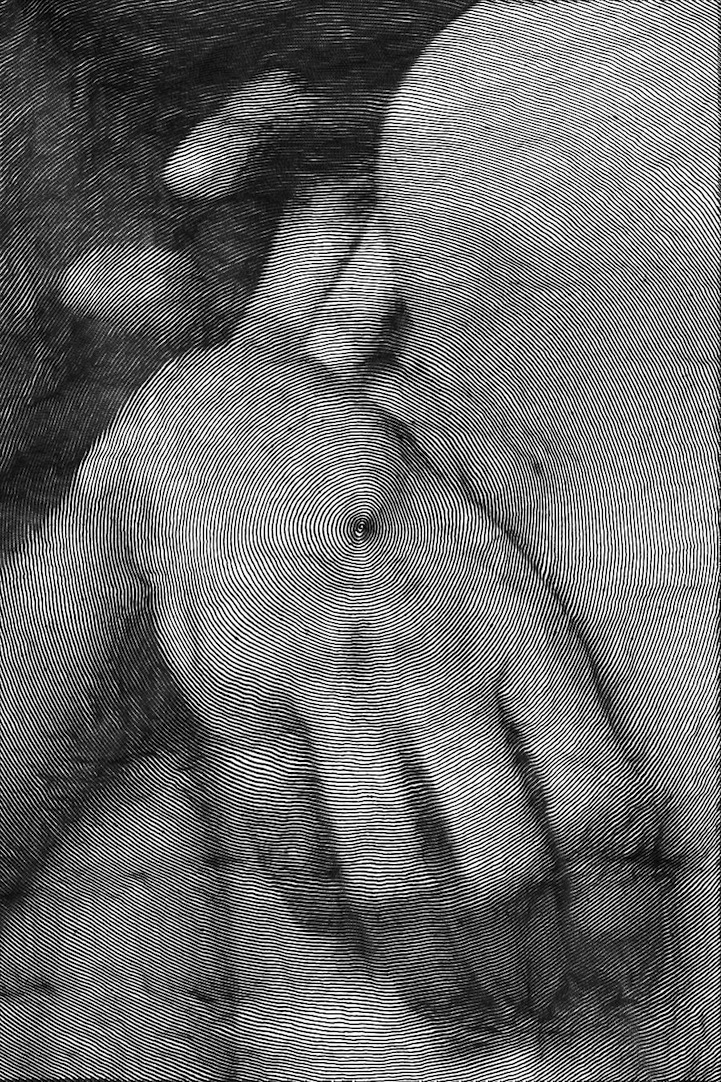 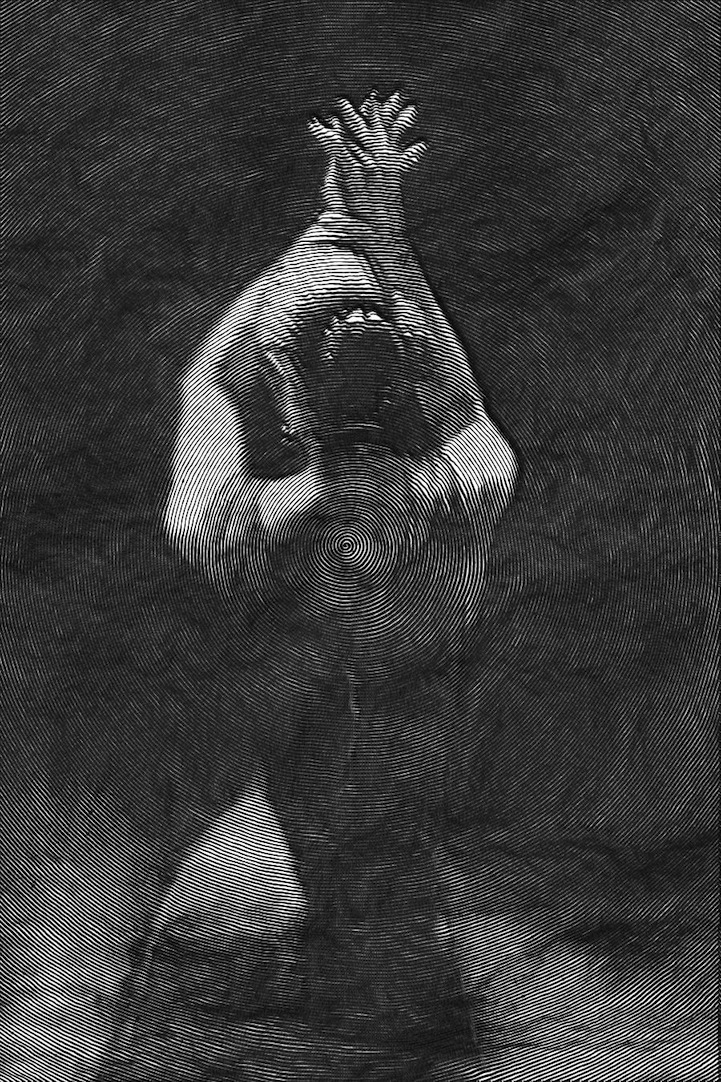 Paolo Ceric on Tumblr
via [iGNANT]