French Road Is Only Drivable Twice a Day, Then It Disappears Under 13 Feet of Water 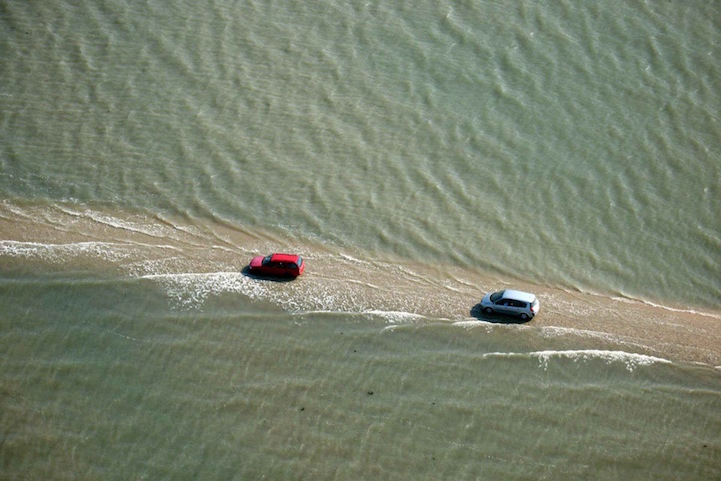 The Passage du Gois is located in France and connects the Gulf Burn?f with the island of Noirmoutier—while that sounds innocuous and even banal, the road seemingly has a mind of its own. Drivers can only travel on it twice a day for a few hours before it’s flooded. Thanks to the rising tide, the Passage du Gois is mostly hidden beneath 4 to 13-foot waves.

Long ago, the only way to reach Noirmoutier was by boat. The Bay of Bourgneuf, however, gradually silted to form a causeway—a raised road across wet ground—that allowed people and animals to wade through towards the island. In 1701, this 2.58-mile passage was first mentioned on a map and, in around 1840, regular service began via horseback and later cars.

Because of the high waters, the Passage du Gois is generally unsafe for travel. Safeguards—special panels—are in place to tell people if the road is drivable. But, every year there are those who disregard these warnings and get trapped among the rising tide. Fortunately, there are elevated rescue towers that stranded folks can stand on until the water subsides or someone comes to get them. Their cars, though? Not so lucky. 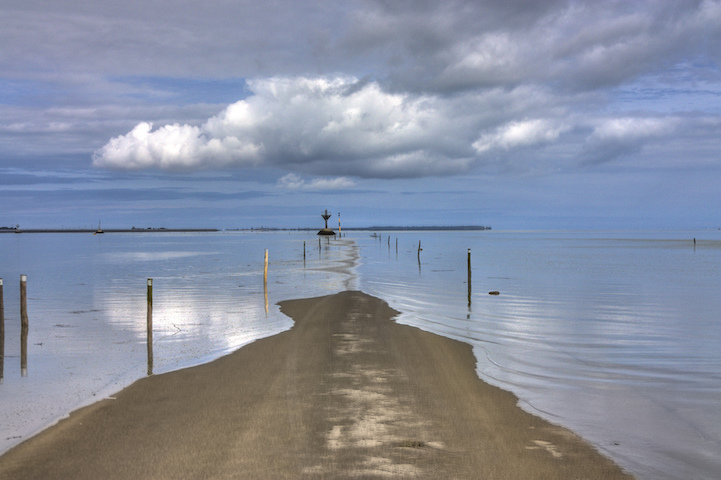 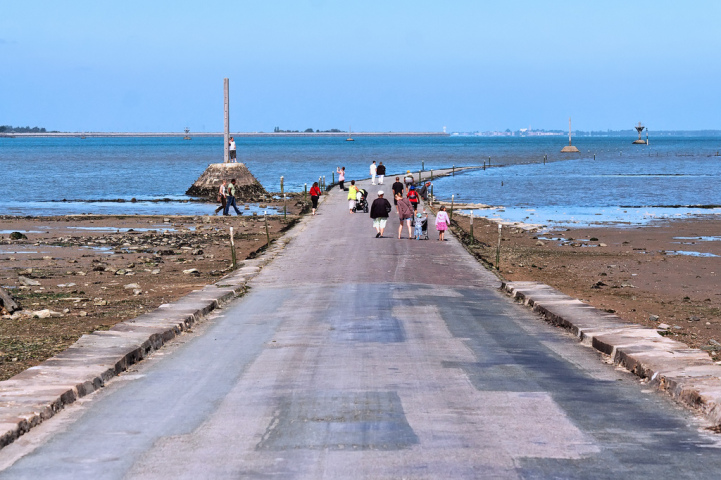 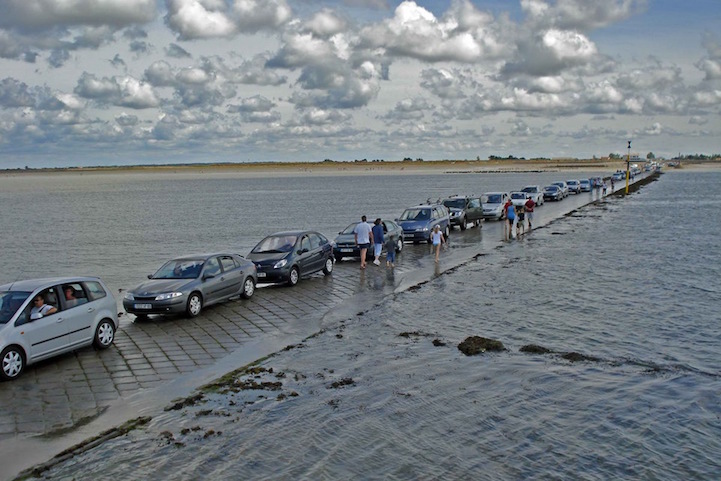 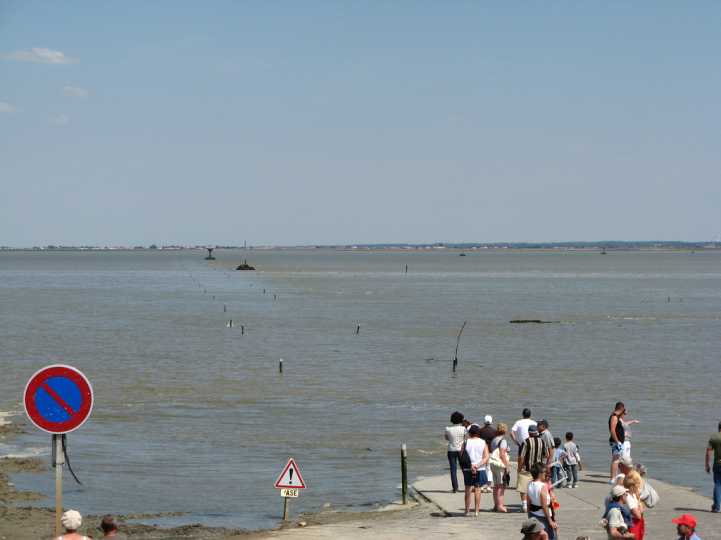 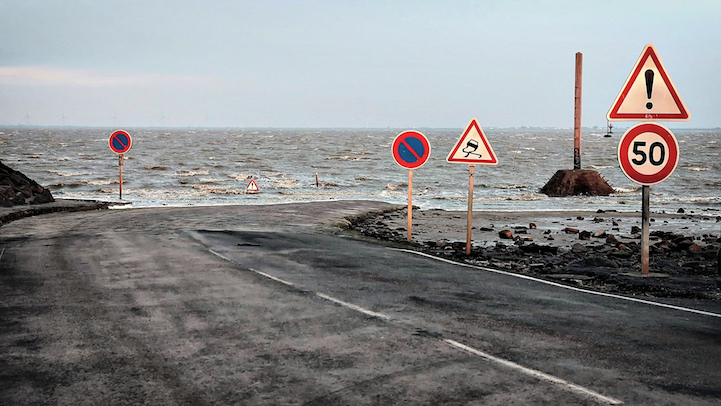 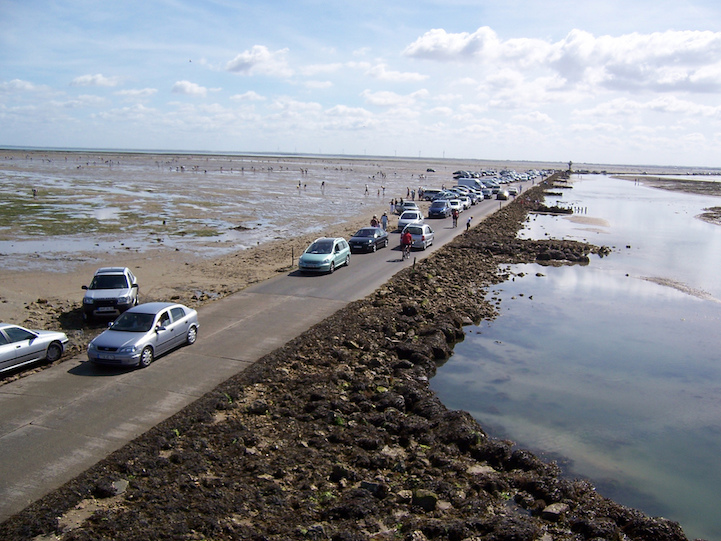 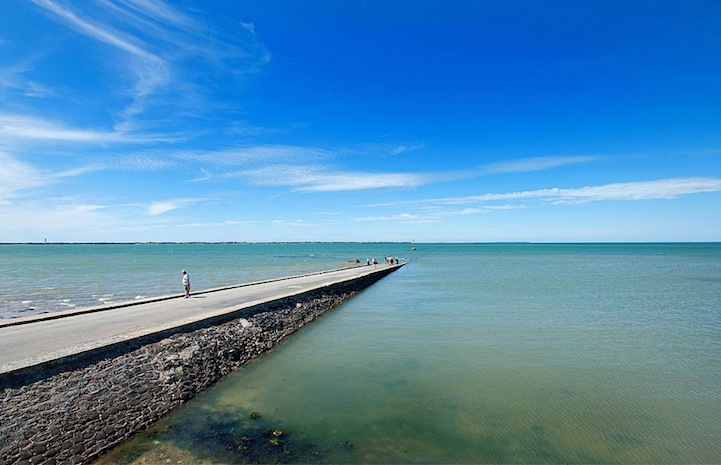 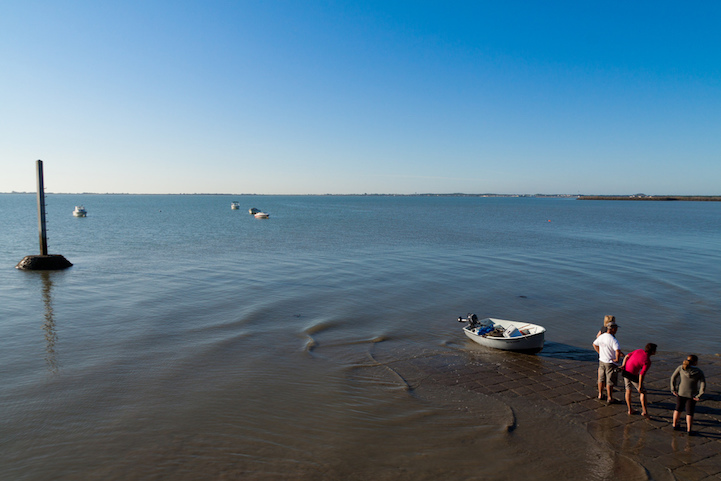 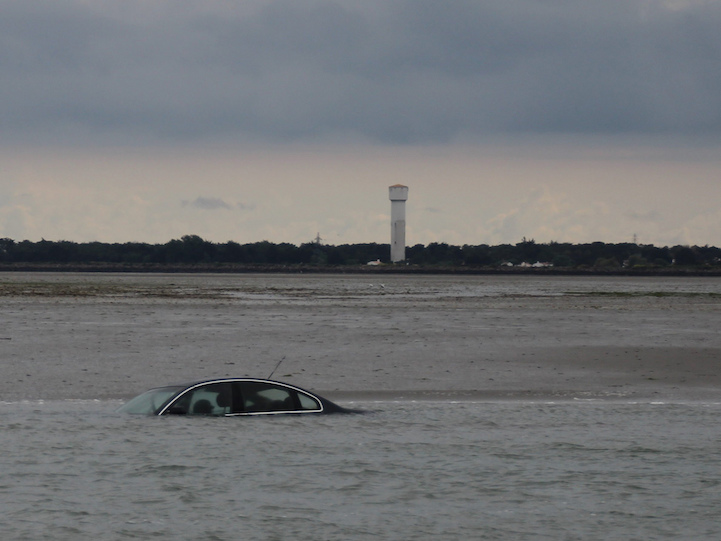 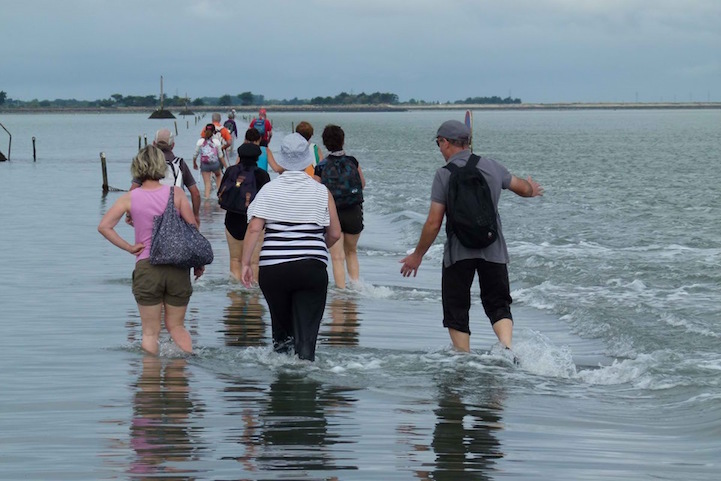 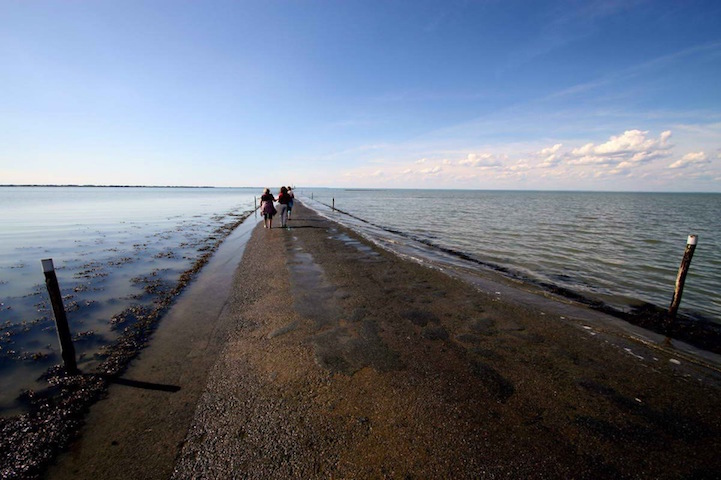