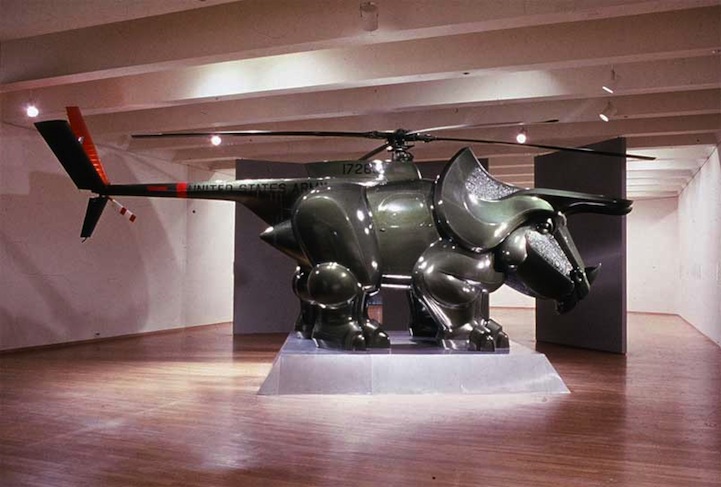 These fiberglass sculptures take the concept of a transformer toy to an entirely different place. The two pieces were created in the 1970s by one of Cincinnati's well-known sculptors, Patricia Renick. In 2007, Renick passed away, but thanks to many friends, fans, and family, her publicly-displayed art is still enjoyed by many.

The first work, Stegowagenvolkssaurus, is a direct comparison between an extinct dinosaur and what Renick predicted was another dying concept, the gasoline-powered car. With 10-foot-long rotor blades, the fiberglass sculpture is a blend of stegosaurus and Volkswagen Beetle. The 12 x 20 foot creature currently stands on display in the library at Northern Kentucky University. When speaking about the work, Renick said, “I wanted viewers to enter a space that resonated as a natural history museum. I wanted them to feel as if they were seeing an unknown but plausible species.”

In 1977, Renick created Triceracopter, which measures 30 x 12 x 9 feet and merges a triceratops with an Army OH6A Cayuse combat helicopter. She created the piece in response to the Vietnam war, stating, “I did not see the work as a celebration, but as a cautionary tale, an expression of hope for the end of war.” In 2011, this unique species finally found a home in University of Cincinnati's Langsam Library. 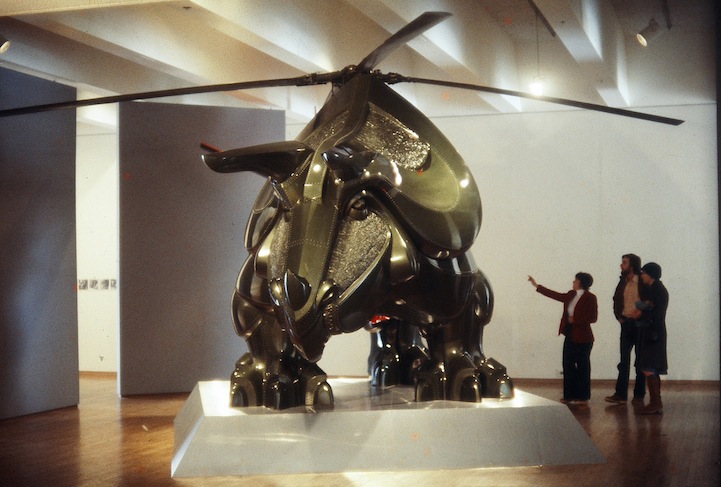 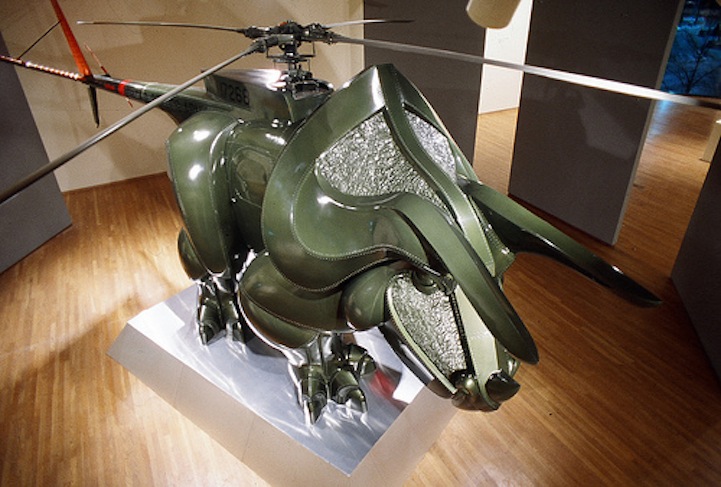 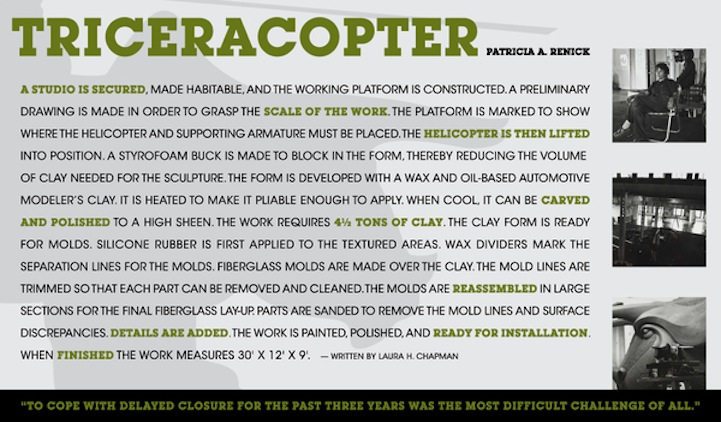 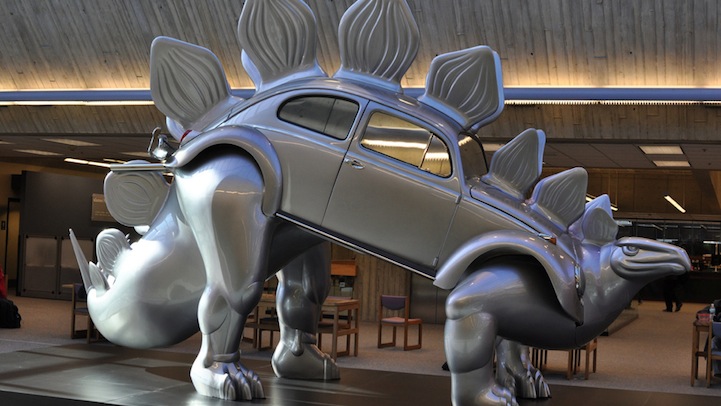 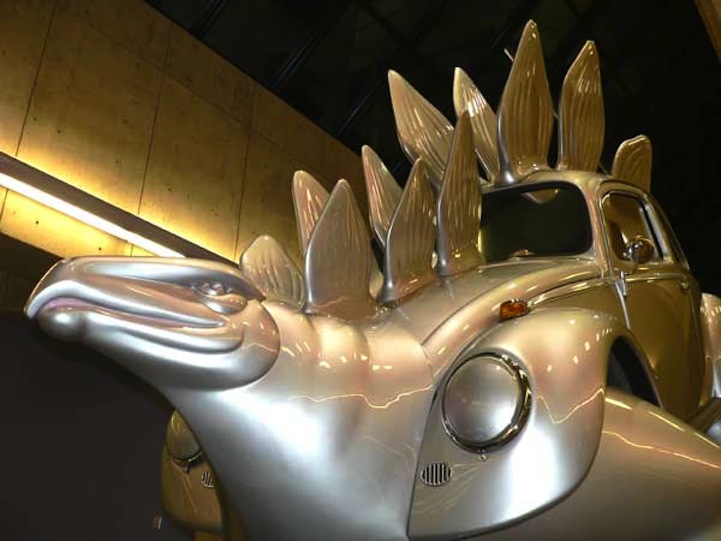 Patricia Renick on Sculpture.org
via [Thinx]