The Everyday Life of an Aging Superhero 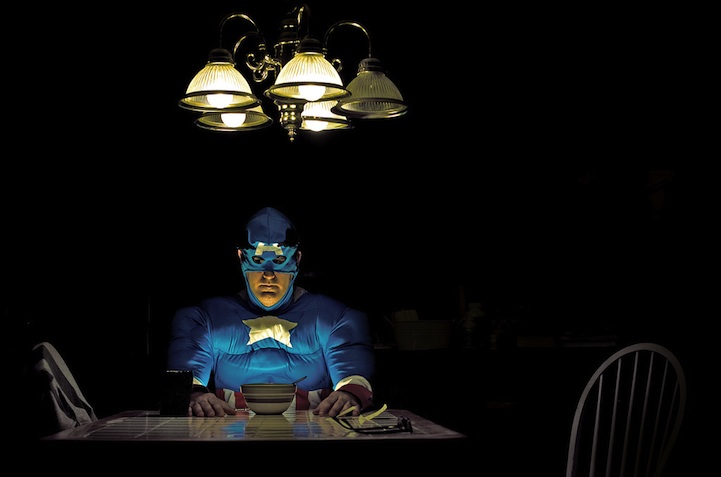 What is about superheroes that make them the topic of so many of our posts? (See here, here and here.) Is it their supernatural abilities, their fearlessness or their lifelong quest to find justice in this world? Perhaps it's all of these answers or perhaps it's none of them.

In Paul Armstrong's series, titled Everyday Occurrences of an Aging Superhero, it's about seeing the unglamorous side of a superhero's life. The series, which began in 2008 and continued to 2010, shows Armstrong dressed up as an aging Captain America, one that isn't heroically fighting crime, but instead, is just trying to stay above water.

As you click through each photo, make sure to read the short descriptions. For instance, for the first photo in this post, called Breakfast of Superheroes, Armstrong states: “Breakfast is a lonely time for Captain America. Up early. Awaiting that call. But usually it never comes and he eats his bran flakes alone in the dark.”

The graphic designer and photographer of Wiseacre Photo describes his work and himself this way: “If I have any personal ‘style' to my photography, it is in finding humor and drama in people and life. I'm still exploring this life and this new medium. I find that things aren't always as serious as we conjure, and that laughter bonds us more than politics or beliefs. I find it easier to experiment on myself to see what I can accomplish and achieve.

“Profiles are like politics: They sound important, but say only what you think someone else might want to hear. I'm a photographer, a designer, a husband, a father, a writer, a reader, a wanderer, a daydreamer, a procrastinator, a stone thrower, a collaborator, a consumer. I'm everything I wish I wasn't, and everything I'm supposed to be. I've said too much, but not enough. My work reflects a desire to not only capture life, but engage a viewer in a journey, a story, a moment.” 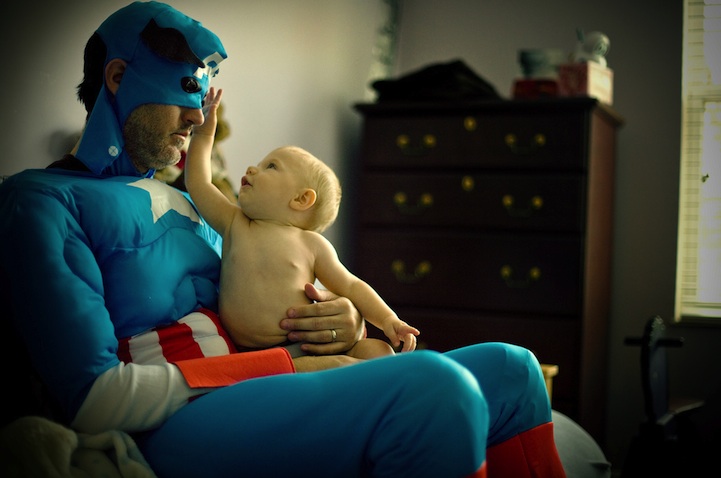 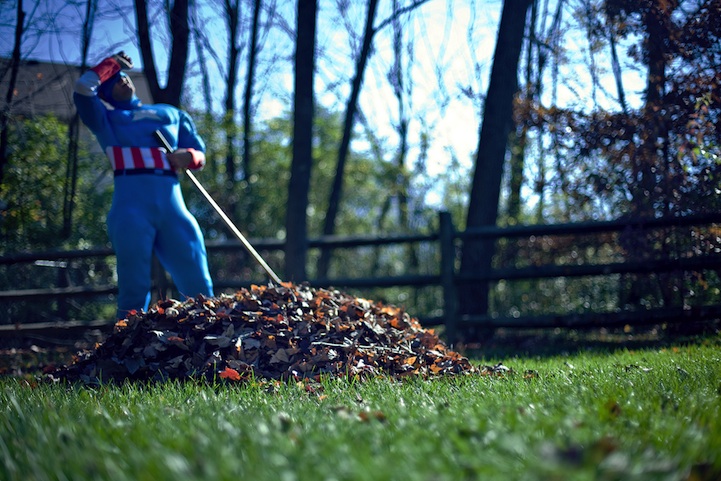 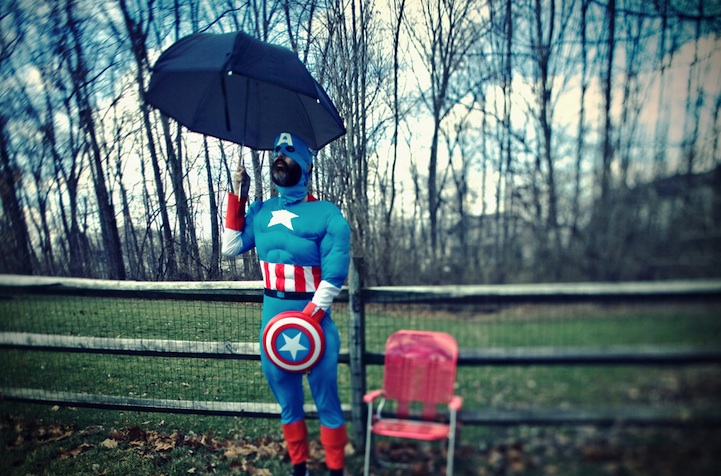 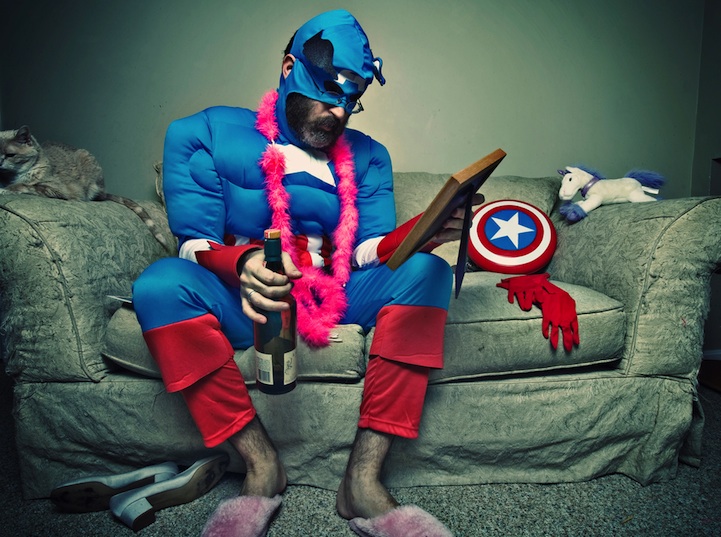 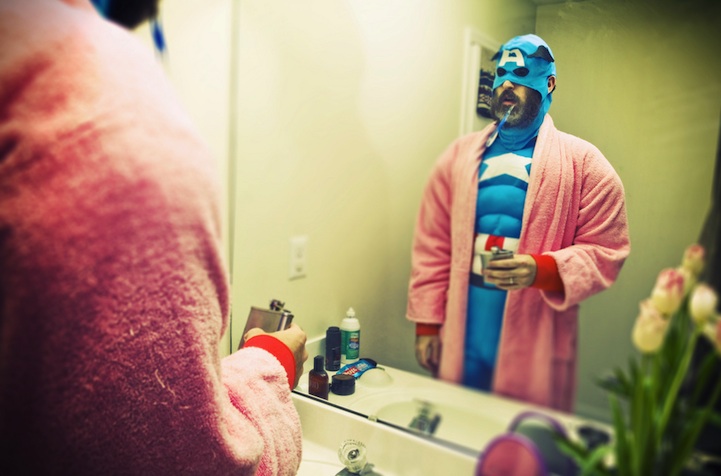 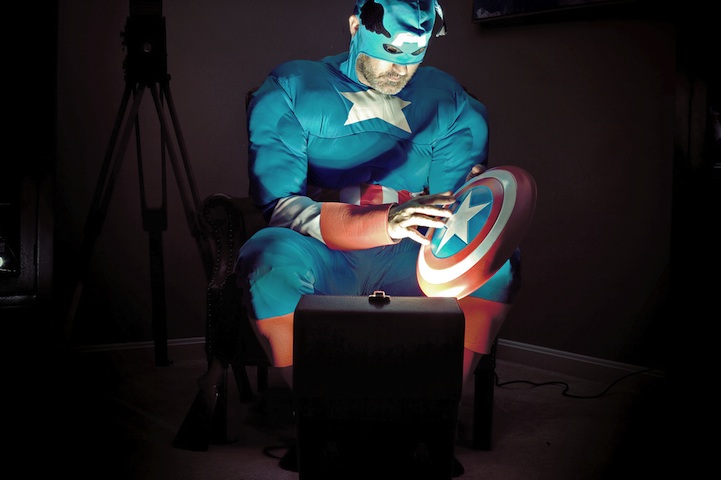 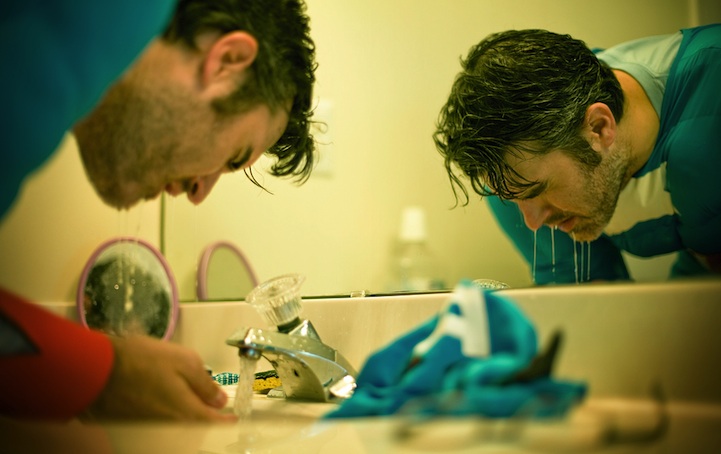 “Ultimately it's all a mystery. What happened. How it happened. Why it happened. It washes away in memory, the saturation of that time turns into a murky toned dream. The past is the past and there's nothing to be done.

“There's always a chance to be cleansed. Renewed. But who really deserves that? ‘Stand up and be a man' he mutters to himself.”