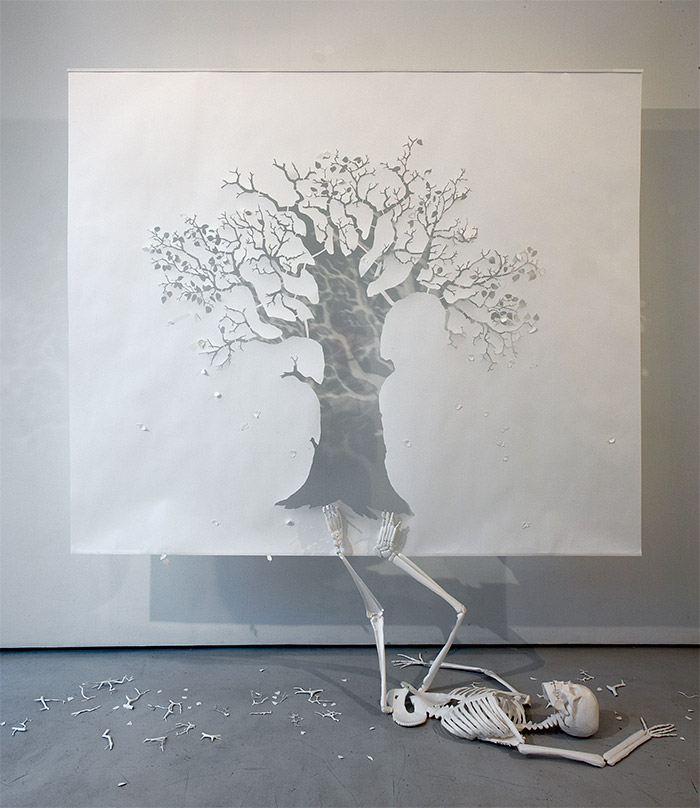 Paper is a tricky material to work with because of its fragility but Danish artist Peter Callesen seems to have mastered manipulating the medium. He manages to utilize the sheets of white paper he works with to not only present meticulously cut silhouettes that showcase the effectiveness of negative space, but to also tell a story. Oftentimes, the paper artist's visual representations exhibit a sense of misfortune.

In Callesen's sculptural installation titled Fall, we see a three-dimensional skeleton laying motionless below a large suspended sheet of white paper that has the silhouette of an almost-barren tree cut out. It's an intriguing image that baffles the mind. Something is amiss here. There are several arguable interpretations to be realized by its audience, but one thing is evident: elements like the three-dimensional skeleton extending outside of the confines of the two-dimensional sheet of paper makes the work more lively, ironically.

The artist says of his own work: “The paper cut sculptures explore the probable and magical transformation of the flat sheet of paper into figures that expand into the space surrounding them. The negative and absent 2 dimensional space left by the cut, points out the contrast to the 3 dimensional reality it creates, even though the figures still stick to their origin without the possibility of escaping. In that sense there is also an aspect of something tragic in many of the cuts.”

Callesen is currently showing a selection of his work as part of a group exhibition called Paperless at the Southeastern Center for Contemporary Art (SECCA) in North Carolina until September 16, 2012. 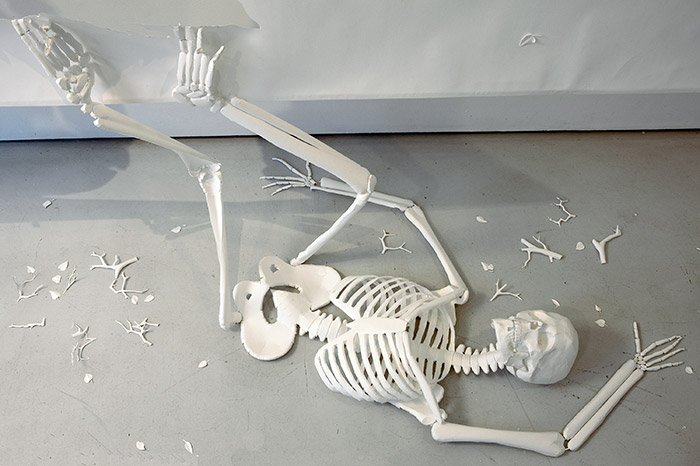 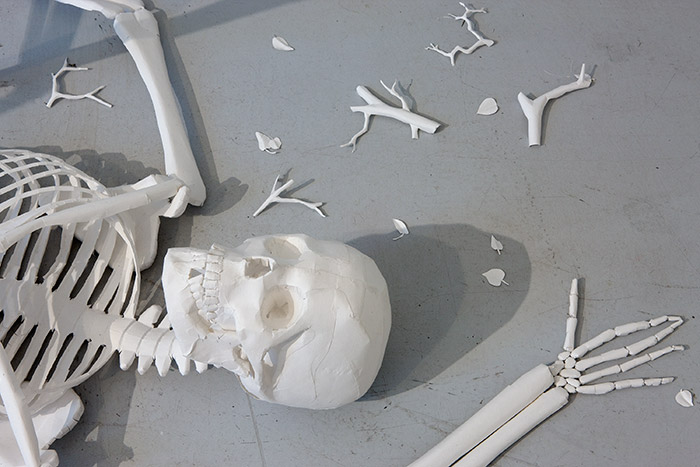 Peter Callesen website
via [My Eclectic Depiction of Life]