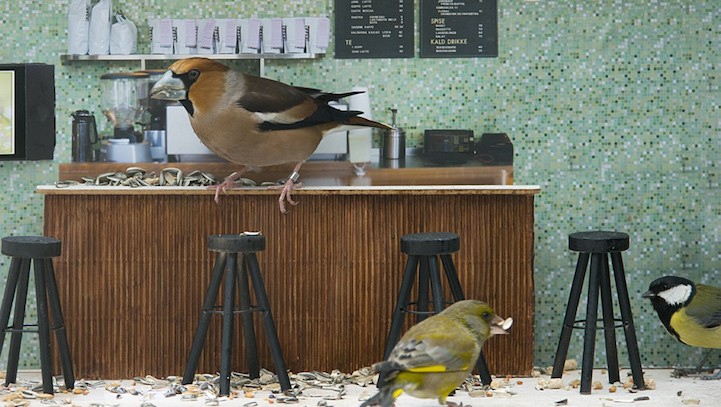 Move over Kardashians, because there's a new reality show on air that's finally worth watching. Piipshow is delightful live stream of a bird feeder in Norway that's modeled to look like a trendy coffee shop. This miniature cafe is outfitted with adorable, tiny bar stools and serves up nuts and seeds instead of overpriced lattes. The rotating avian clientele includes vibrant personalities like a depressed bullfinch and a short-tempered nuthatch. And like any good reality show, there's drama. Petty squirrel thieves are occasionally caught on video stealing bird food.

Piipshow was created by photographer Magne Klann in collaboration with model maker Lars Aurtrade. It's produced by Norwegian broadcaster NRK and streams all day, but the best time to catch the action is during daylight hours. So, when you want a televised dose of bickering, fighting, and attempts at romance, tune in. It's airing until June of this year. 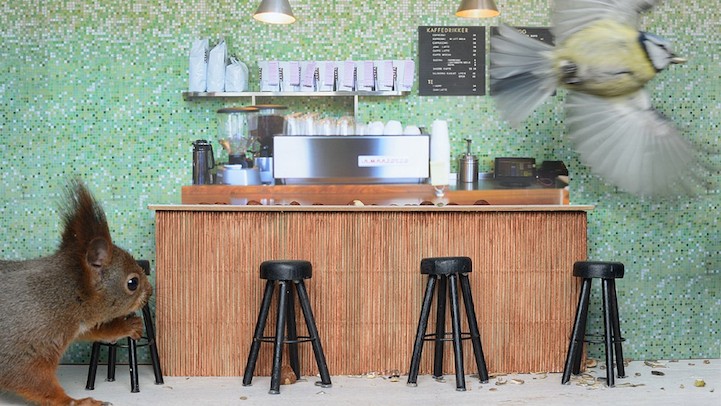 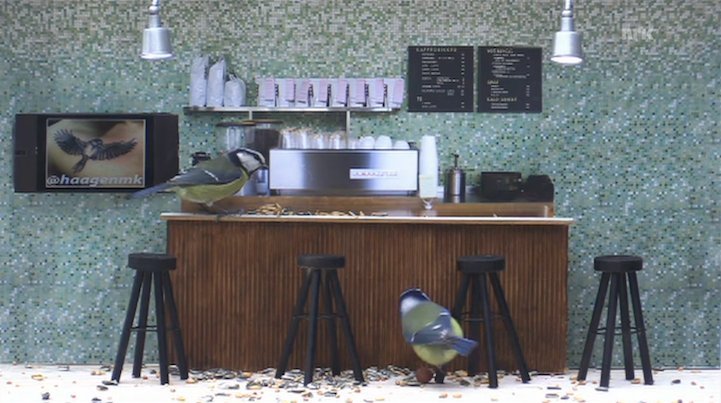 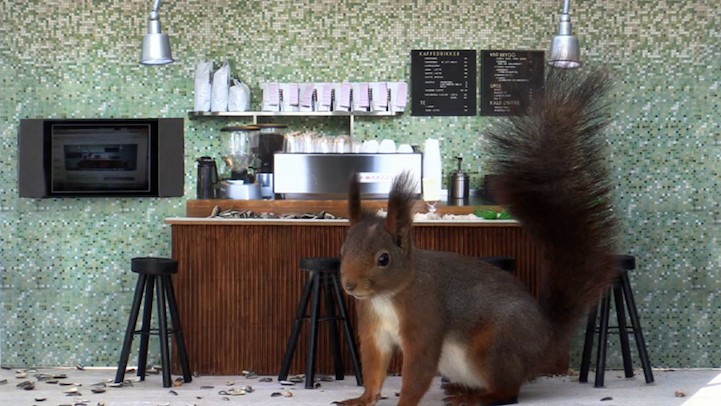