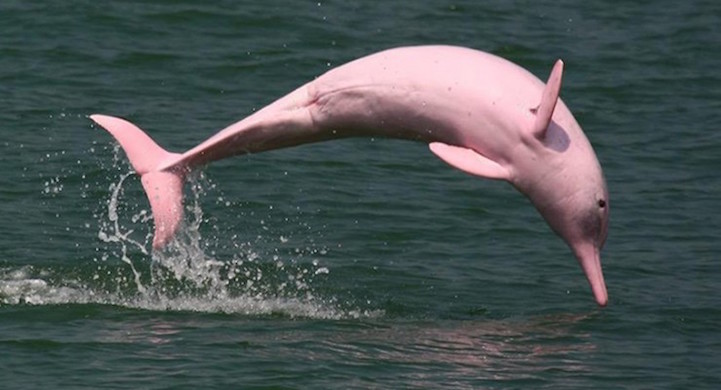 Pinky the dolphin is a mythical-looking creature who is quickly capturing the hearts of people around the world. Though we're used to dolphins typically having a blue/grey tint, Pinky is actually pink! The marine mammal's rosy glow seems like an unbelievable impossibility, but she's definitely not the only one. Pink dolphins are most often seen in the Amazon River, where they're either a carnation pink or light grey. However, they do have other habitats in freshwater areas, which helps account for Pinky's presence near Louisiana's coast. Some biologists are also of the opinion that Pinky is coping with a genetic condition that causes her blood veins to be directly underneath her skin.

Back in 2007, Pinky was first spotted by Calcasieu Charter Service's Captain Erik Rue when she was just a baby swimming alongside her mom. Now, 10 years later, it seems that Pinky may soon be a mom herself. Once again, Captain Rue was the one to spot her and he said that she'd been mating with a male dolphin. Since summer is coming to a close, this may be the last time that the captain sees his beloved dolphin friend, but who knows? Maybe Pinky will make up for her absence by bringing some adorable baby dolphins with her next time. 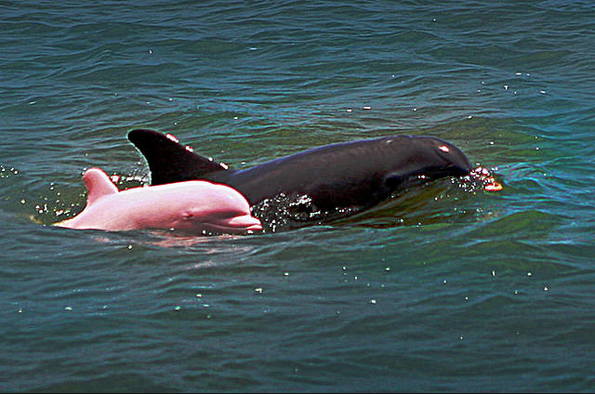 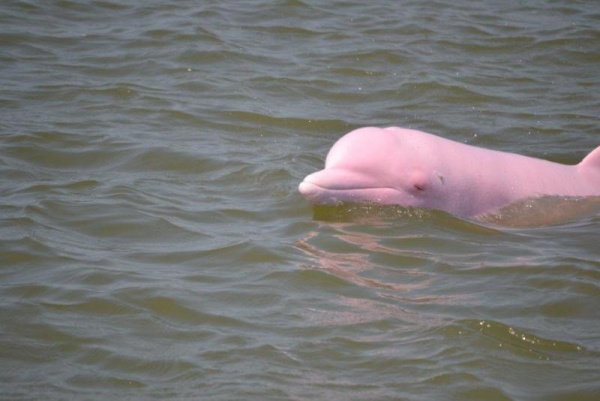