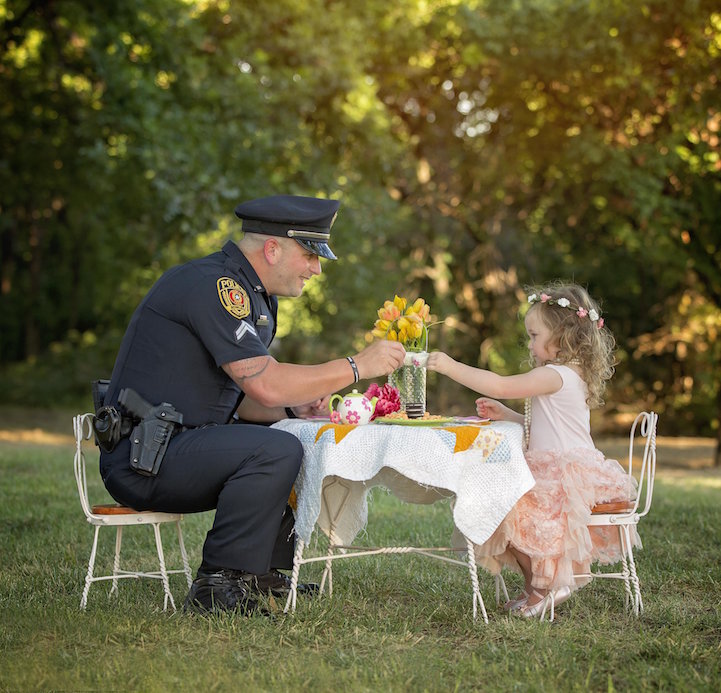 On July 17, two brave souls took an afternoon tea in a park. The guests included Corporal Patrick Ray and 2-year-old Bexley Norvell, both of whom enjoyed slightly lukewarm imaginary tea and a plate of Oreo cookies. “This was her first [time eating Oreos] ever and she definitely enjoyed every crumb of it,” Bexley’s mother, Tammy Norvell, told The Huffington Post. There was much joy that day. After all, the tea party was a celebration to honor the one-year anniversary of the day Ray saved Bexley’s life.

It was one year ago that then 22-month-old Bexley was found unable to breathe after she swallowed a penny. Minutes before Ray was dispatched to the scene, the girl was unresponsive. Ray quickly got to work, clearing her airways. “When I looked at her, I just saw these big, blue eyes looking at me. It was almost like she was telling me, ‘I know you’re here to help me,'” the officer told CBS DFW after the incident. Ray went on to say that when Bexley finally took a big, recovered breath, “it was the most beautiful sound I'd ever heard in my life.”

The corporal has been in the Norvell family's thoughts every day. “I won’t ever forget this man,” Tammy says of Ray. “I told his wife, ‘You know, I’m going to think of your husband every single day for the rest of my life,' and I hope she’s okay with that.” She organized a tea party for her daughter and her lifesaver (who accepted the invitation without hesitation}, and hired Chelle Cates, a professional photographer, to document the occasion. Tammy says of her mission: “[Bexley's incident] has made me want to change people’s images and thoughts about the men and women that serve us everyday.” And besides—who wouldn't want to be invited to tea? 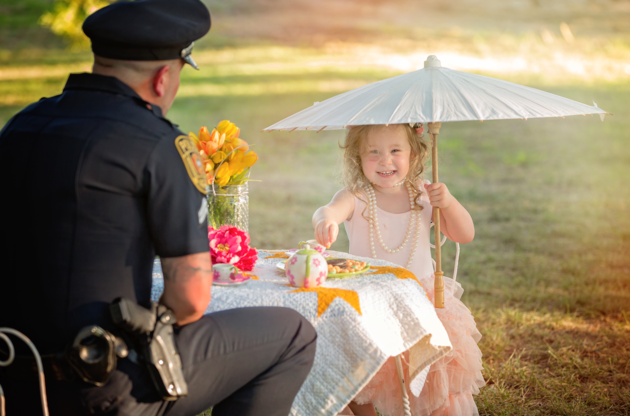 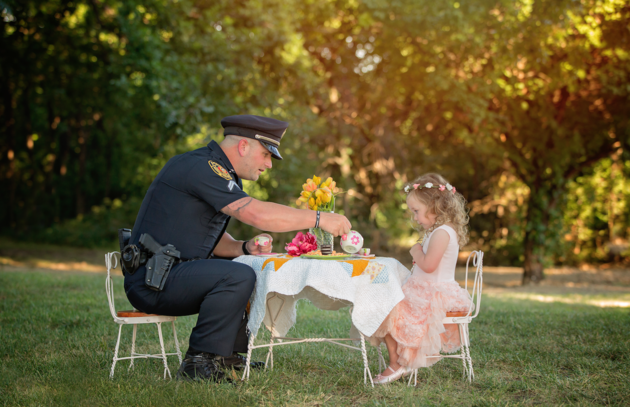 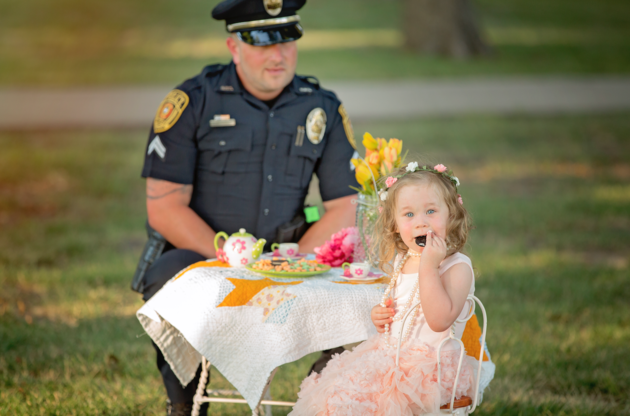 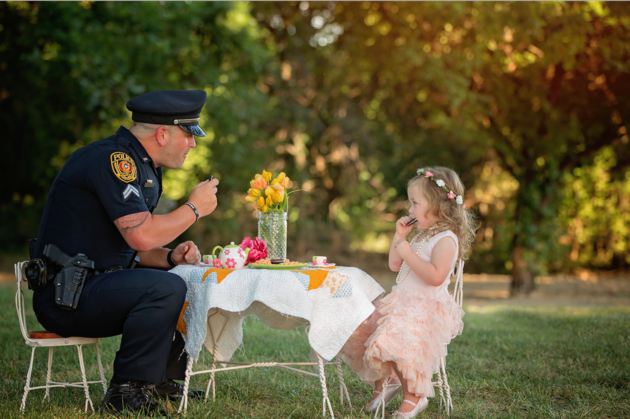 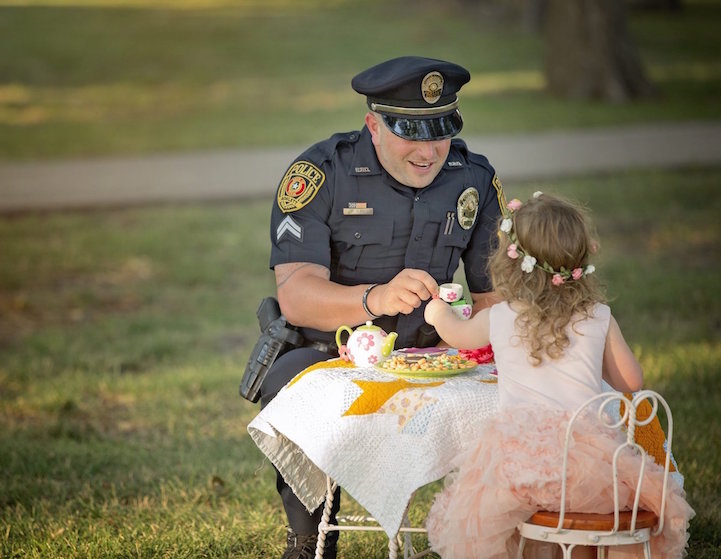 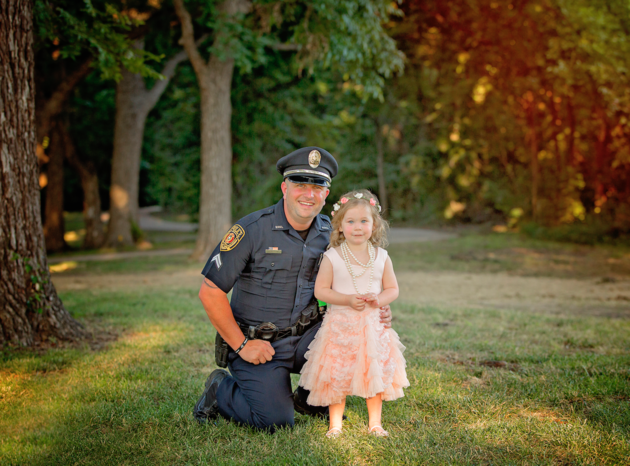 All images via Chelle Cates Photography.