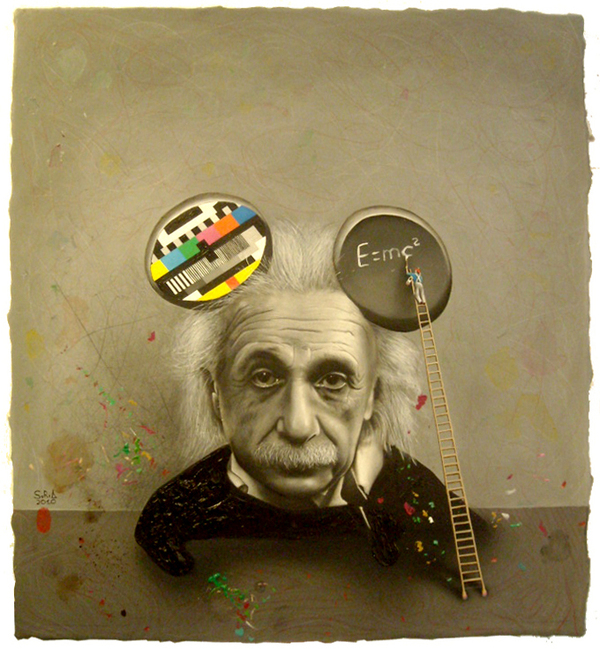 Albert Einstein. Andy Warhol. Woody Allen. Frida Kahlo. Though countless portraits of them have been made before, never have we seen them quite like this. Spanish realist artist Mario Soria recently reached out to us to tell us about his paintings of icons where he mixes hyperrealism, pop art and surrealism. While the person in the portrait is always in black and white, he adds a dash of something unexpected with color.

Look closely and you'll notice that his playful elements aren't necessarily added at whim. As he tells us, “I like to research more about the person in matter and sometimes put in some ironic elements of the information I found. As an example, on Frida Kahlo's portrait I painted some strollers to the fact she couldn't have babies, or in Eistein's I put little women in to highlight the fact he had many wifes and lovers. Mickey Mouse ears and coca cola cans are also very strong current icons in my paintings.”

Soria hopes that people see his paintings on a few different levels. “From a regular distance, people could see a still life or portrait, but from a closer distance they can observed little characters telling their own story,” he says. 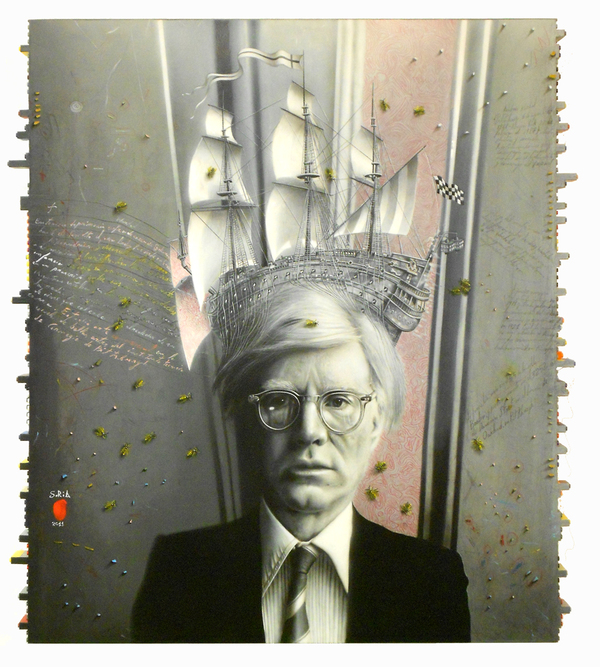 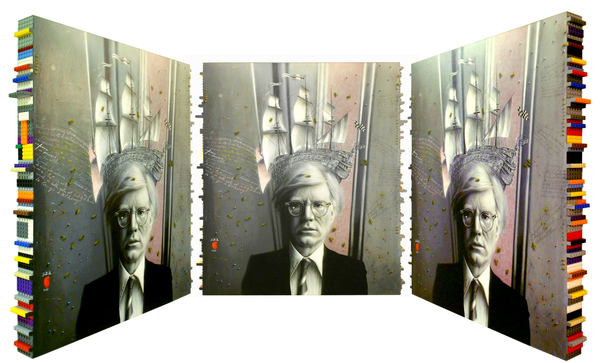 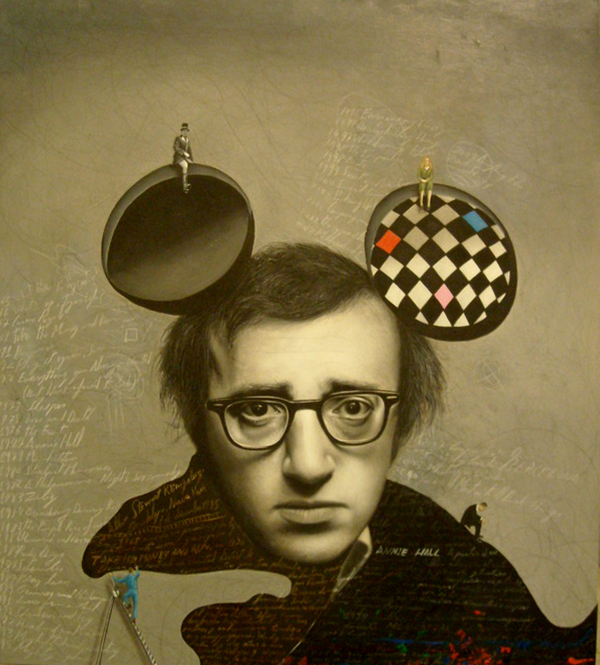 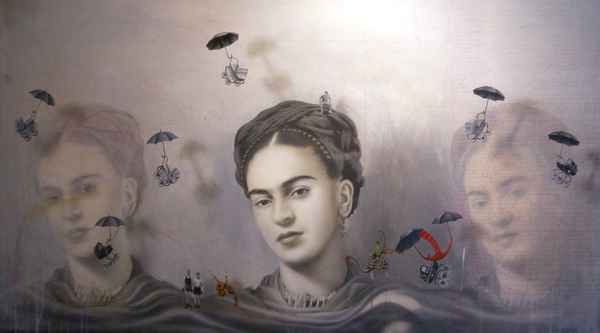 Also, did you notice the sides of the canvases? There's usually a hidden surprise. “As they are mostly forgotten, I put legos, smashed soda cans, colour pencils, or just paint on them,” Soria says.