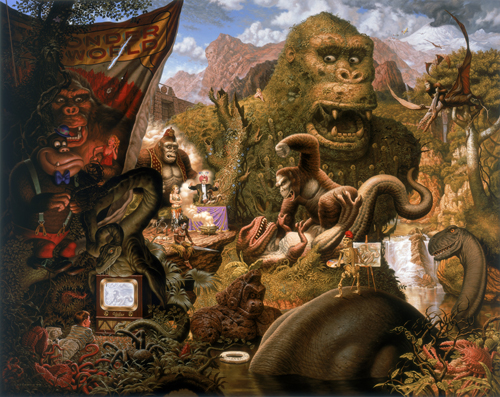 It's impossible not to be impressed by the work of world-renowned artist Todd Schorr. I remember seeing my first Schorr piece in person, it literally stopped me in my tracks. I could have spent hours looking at the insane amount of detail in it.

Schorr, who is based in Los Angeles, is a leading figure in the Pop Surrealism and Lowbrow art movements. He is undeniably inspired by Renaissance masters such as Hieronymus Bosch, Pieter Bruegel, and Salvador Dali, as well as the early animated cartoons of Walt Disney and Max Fleischer, underground comics best exemplified by Zap, and classic films from the 1930s such as King Kong and Frankenstein. Using the exacting techniques of the old masters, his highly polished, fantastic paintings are intricate narratives about evolution and the plight of man.

“Like any artist of worth, it took many long years of struggle and investigative thought along with trial and error as well as constant honing of technique to reach the point where I felt I had created a language which, when spoken well, would command some semblance of purpose,” says Schorr. “I work in what is best described as a surreal style but filtered through the mind and eyes of what is, for better or worse, uniquely American.”

If you find yourself in Los Angeles, you can catch Schorr's “Designed for Extinction” exhibit at Otis College of Art & Design. The exhibition is a ten-year retrospective looking back at his illustrious career since his move to Los Angeles. It runs until September 11, 2010. 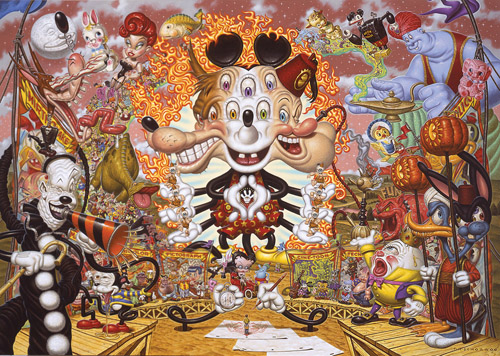 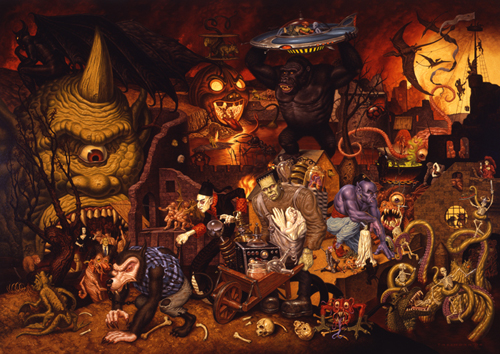 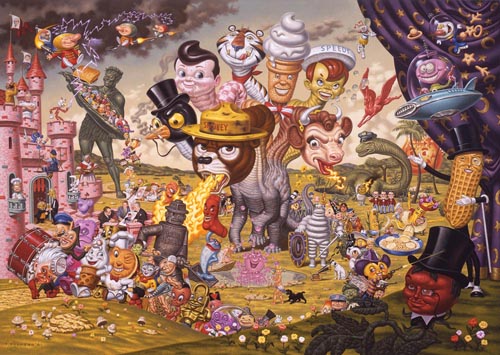 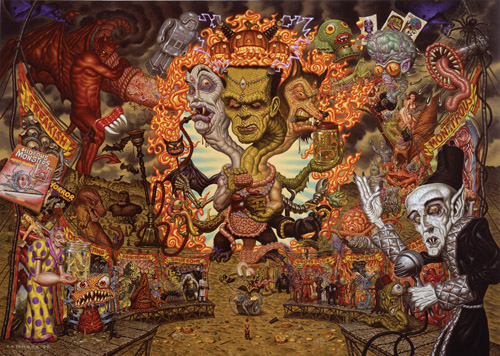 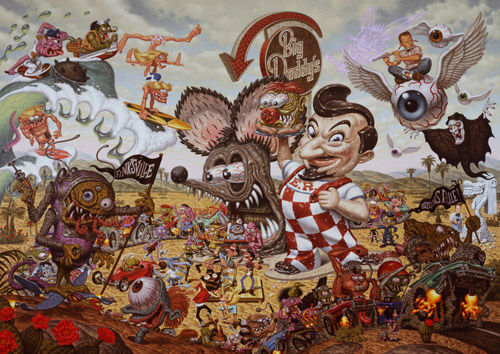 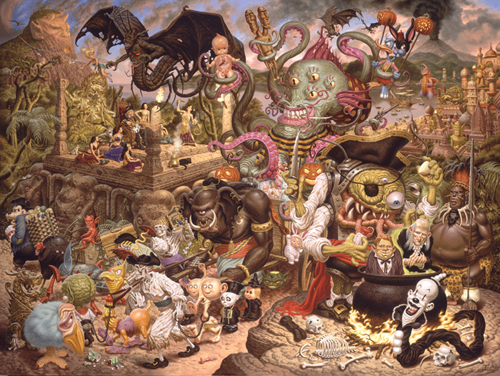 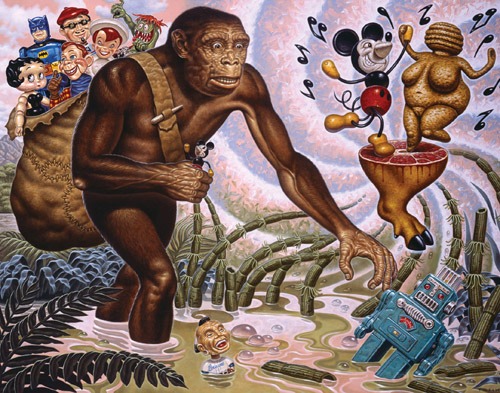 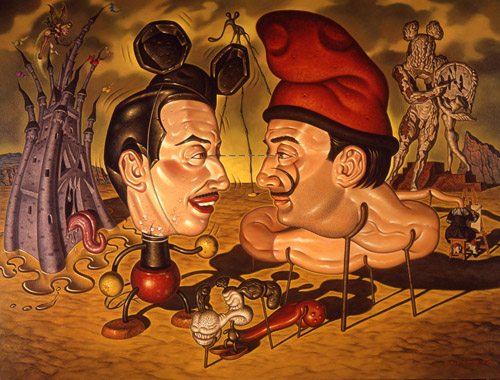 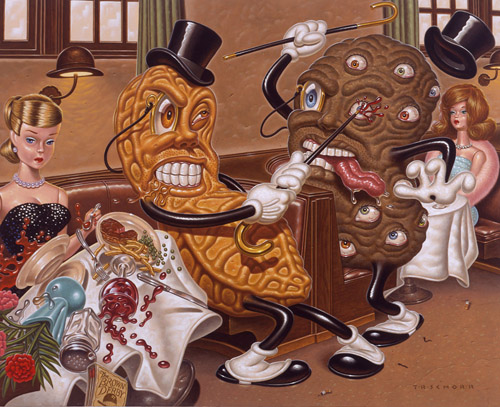 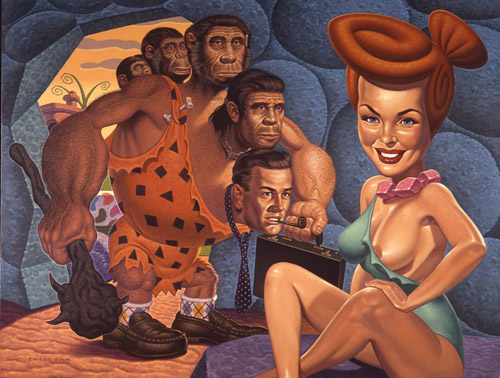 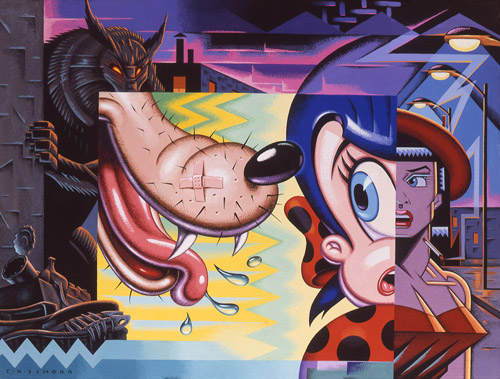