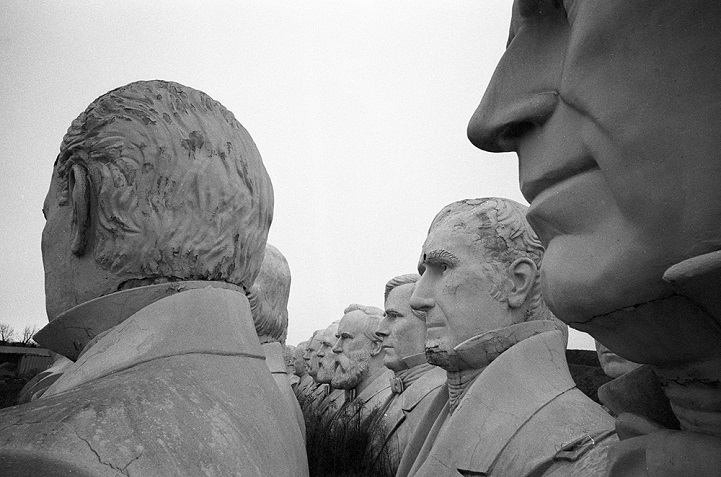 It's a rather bizarre sight—43 giant, crumbling presidential heads sitting in a field in Virginia. The ghosts of presidents past stand out from between the tall weeds that grow on Howard Hankins' farm, their iconic faces deteriorating slowly over time. The sculptures were collected from the now-unused open air museum named Presidents Park, opened in 2004 by local entrepreneur Everette “Haley” Newman and the sculptor behind the intriguing presidential busts, David Adickes. However, their vision was not meant to be and the park, which cost about $10 million to create, was closed in 2010 due to lack of visitors.

Local land owner Hankins was asked to destroy the 18- to 20-foot-high busts after the closure of the museum, but he came up with a different solution, offering instead to move the heads to his farm. This was no easy task–the massive busts, each weighing 11,000 to 20,000 pounds, now had to be moved to a field 10 miles away. During the process, the busts sustained some damage–as they were lifted by crane, the necks of the sculptures were cracked off and the improvised moving process caused significant injury to each of the mighty figures. Abraham Lincoln now stands with a hole in his skull, eerily reminiscent of his assassination wound, and George Washington looks on into the distance, with what appears to be tears dripping down his face.

The proud busts now decay in rows on Hankins' farm, crumbling and cracking as time continues to wear on the famous figures. This series of images was captured by photographer Patrick Joust on a trek out to the field, where he explored the resting grounds of the eroding presidents.

This field in Virginia has 43 giant sculptures of U.S. Presidents. 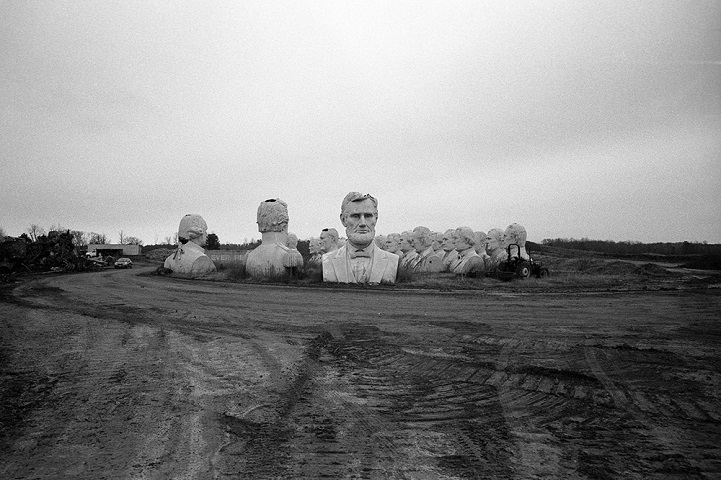 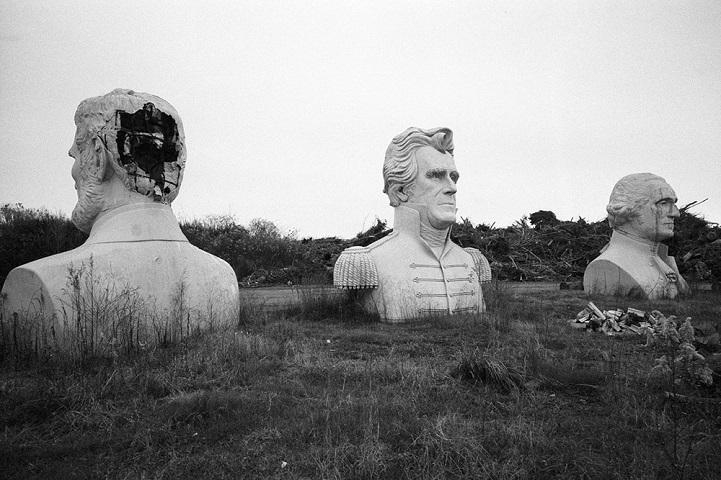 The statues include presidents from George Washington to George W. Bush. 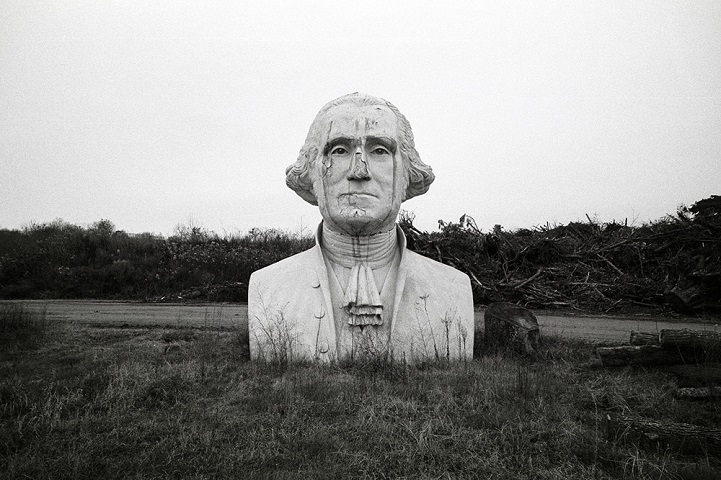 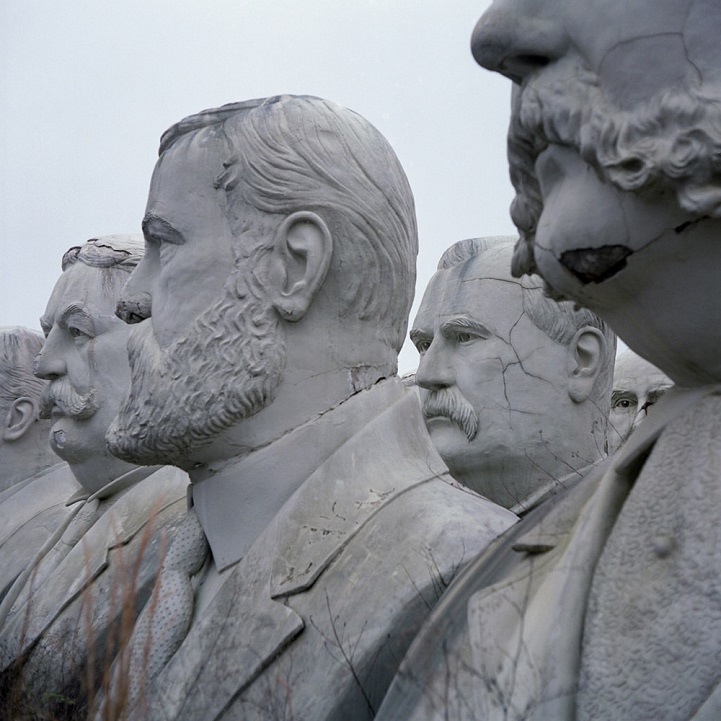 They sit in Presidents Park, abandoned and deteriorating with each passing year. 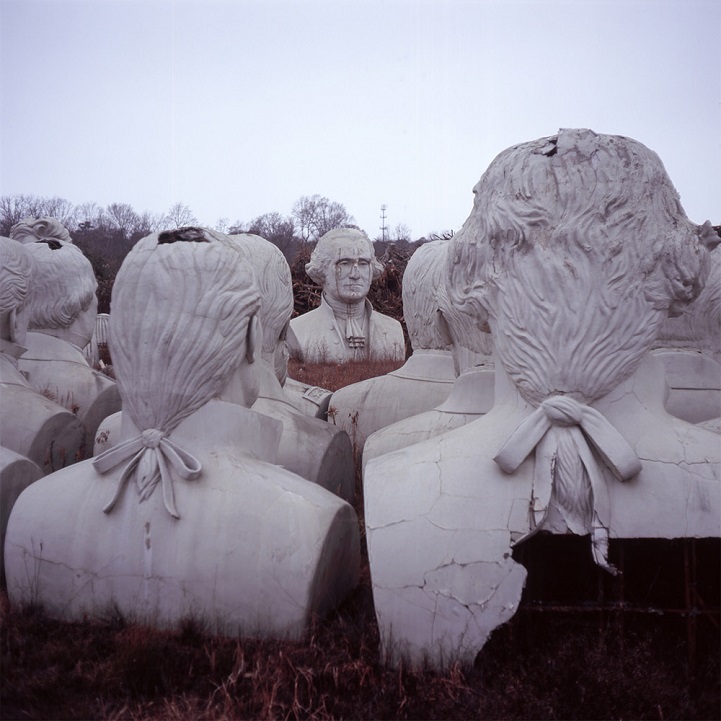 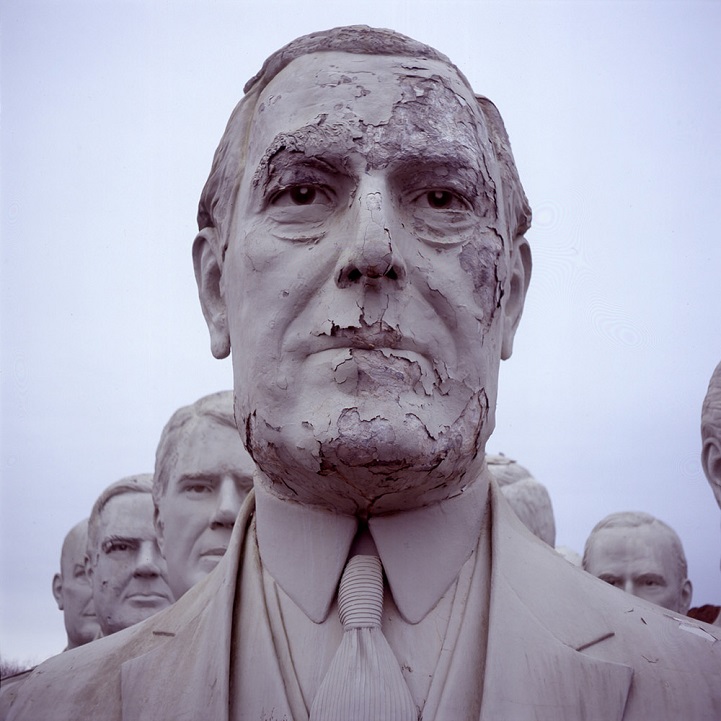 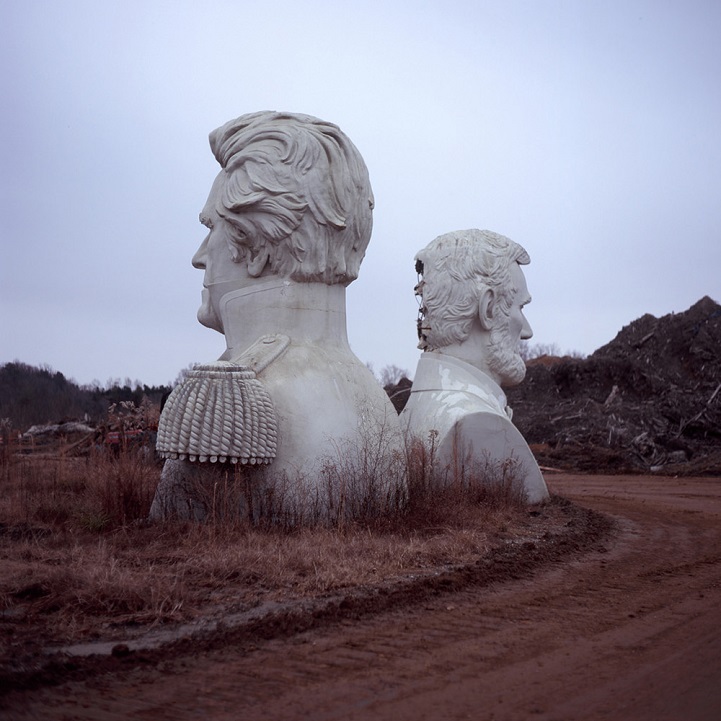 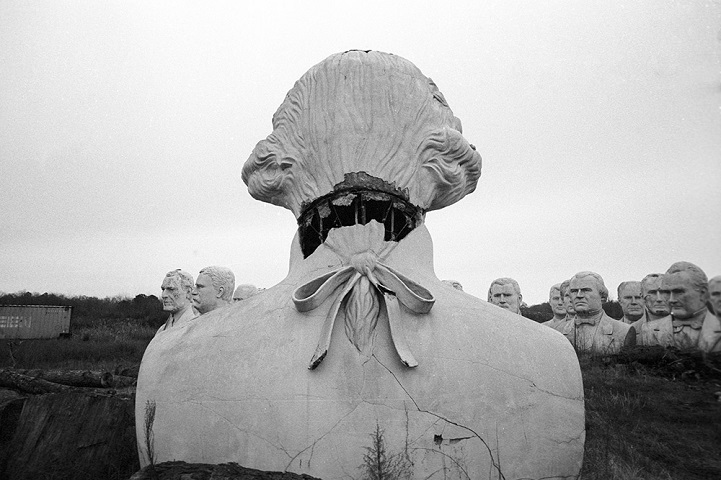 All images via Patrick Joust.