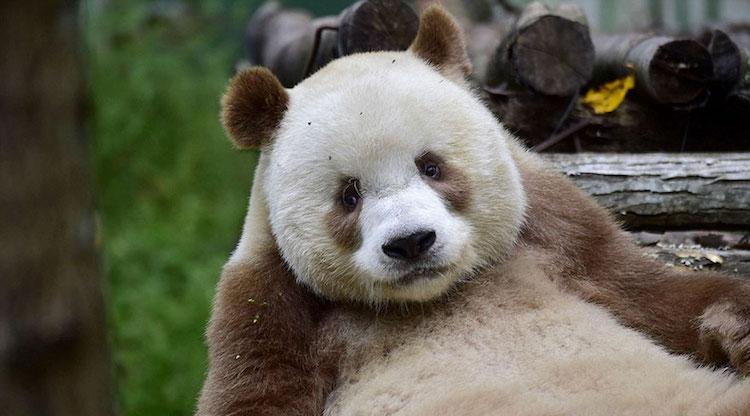 Qizai, an adorable resident of Foping National Nature Reserve, is not your standard panda bear. While China's cuddly creatures are known for their classic black-and-white color combo, Qizai’s brown and white fur is a little bit different—and extremely rare.

The 7-year-old is the only known living panda with this uniquely colored coat, and scientists aren’t quite sure why. As a young cub, Qizai was found abandoned in Central China’s Qingling Mountain region. The malnourished baby bear was brought to Shaanxi Rare Wildlife Rescue, where he was nursed back to health and eventually relocated to his current home.

Now, he receives around-the-clock care from his bonded guardian, He Xin. The 26-year-old Foping native describes Qizai as “gentle, funny and adorable,” noting that the cuddly creature is “slower than the other pandas, but he is also cuter.” He is so slow, in fact, that fellow pushy pandas used to snatch his bamboo, leaving him bullied and hungry. Thanks to He Xin, however, he's now kept in a separate enclosure and given all the treats—namely, bamboo, milk, and buns—his heart desires.

Now, scientists hope to find a mate for Qizai, as studying his offspring may help scientists get to the root of his peculiar pelt. Until then, he remains a beloved mystery! 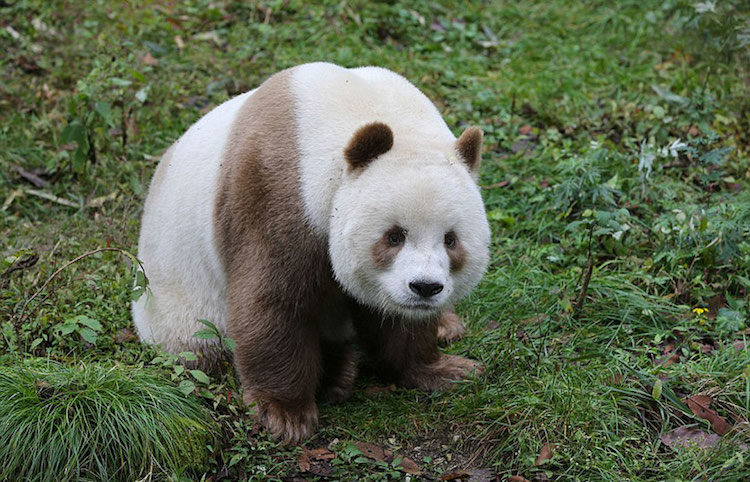 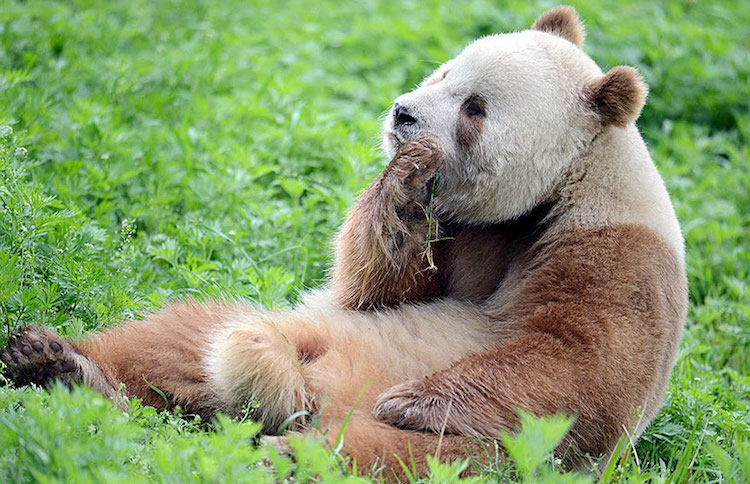 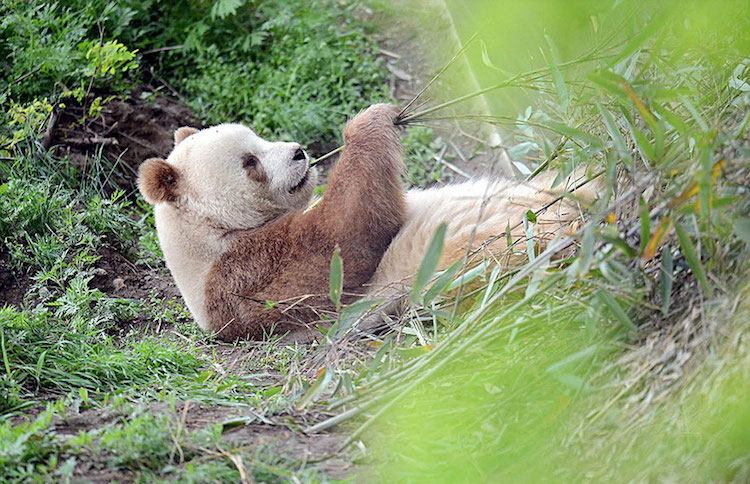 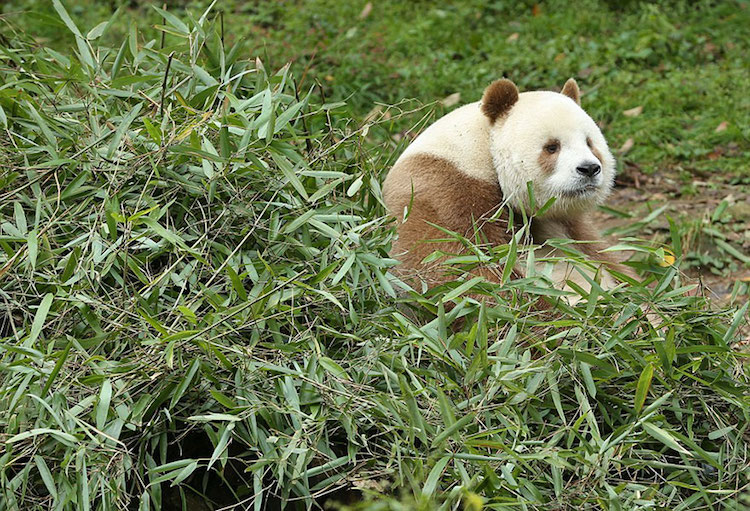 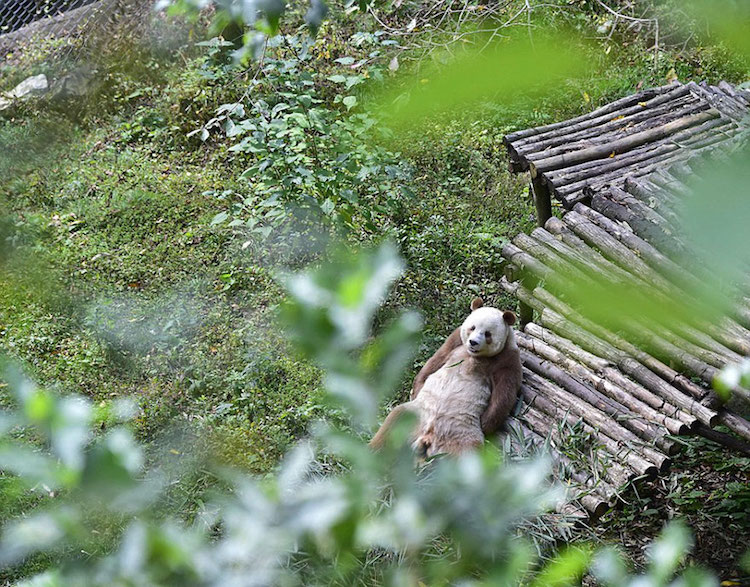 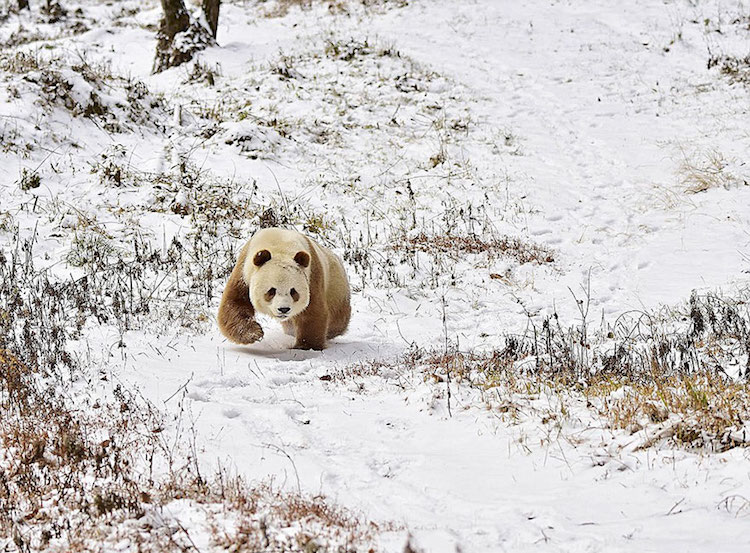 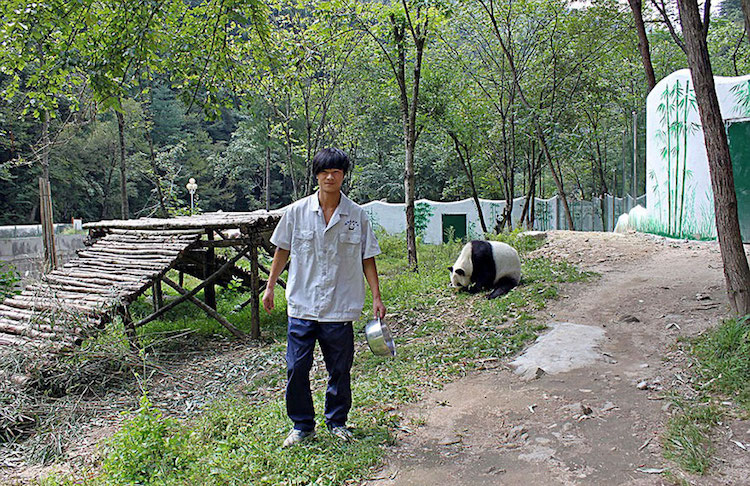 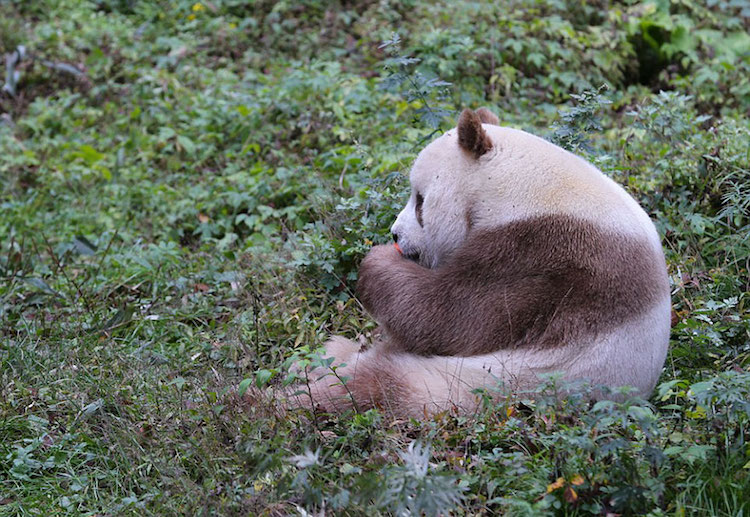 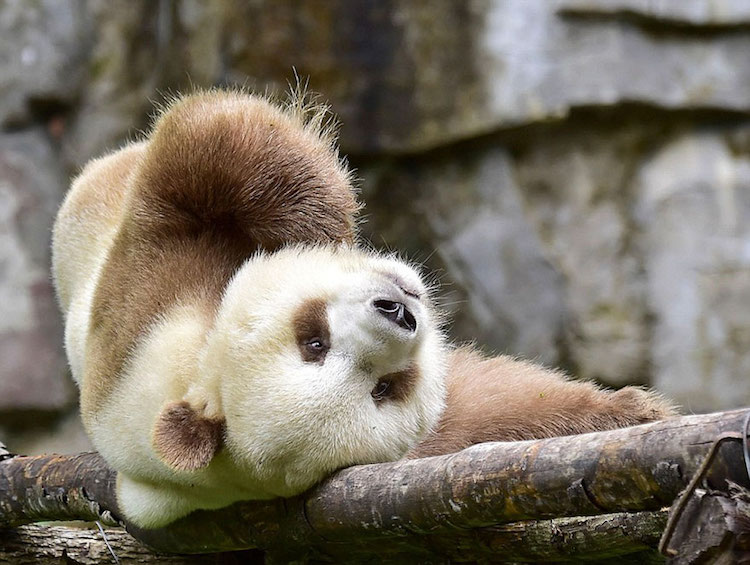 All images via Xinhua/Rex and He Zin.