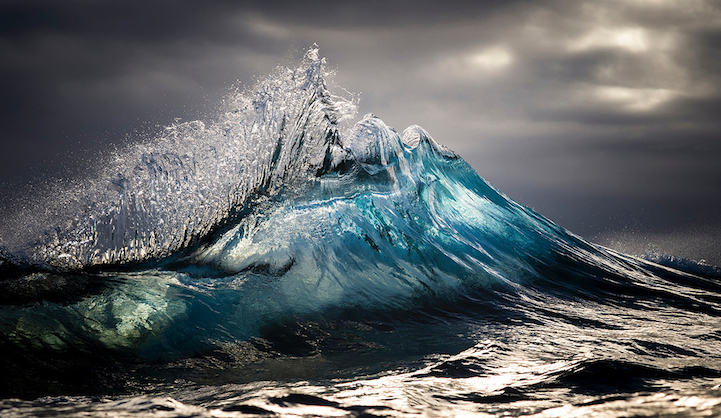 Australian photographer Ray Collins uses his camera to highlight the ephemeral beauty of ocean waves as they surge and break in cascades of sea foam. The photographer swims out to sea each day, hoping to capture the spontaneous moments when sun-dappled water crests into recognizable shapes like mountains and hills. Frozen in time, each suspended wave takes on the appearance of a glass sculpture shot through with luminous undertones of aqua and emerald.

Looking at his gorgeous images, it's hard to believe that Collins, who is colorblind, only started pursuing photography in 2007 after working as a coal miner for years. Unable to work in the mines any longer because of a knee injury, he replaced his underground world with an underwater paradise filled with sunshine, surfing, and spectacular swells of water. “I've been working in an underground coal mine longer than I have been making images, but my earliest memories are of being in the ocean, so I guess it's a full circle of influence,” he told the Huffington Post. “I'll tell you what, though, nothing feels better than being in the sea after breaking rocks and avoiding being crushed by collapsing tunnels for 12 hours straight. Complete freedom.”

Collins's photos can be seen in Found at Sea, his newest coffee table book described as “a visual journey capturing the fleeting moments of a wave's journey to dissipation.” 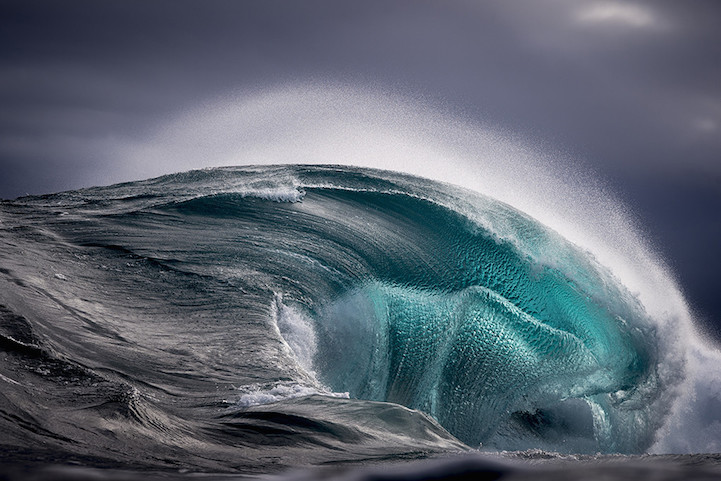 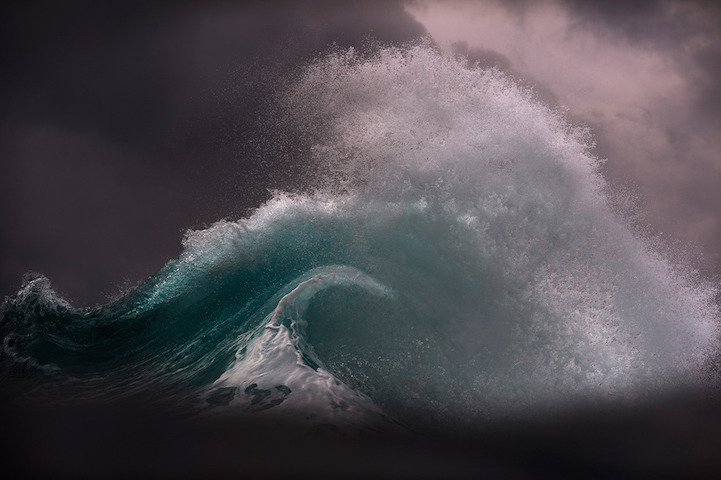 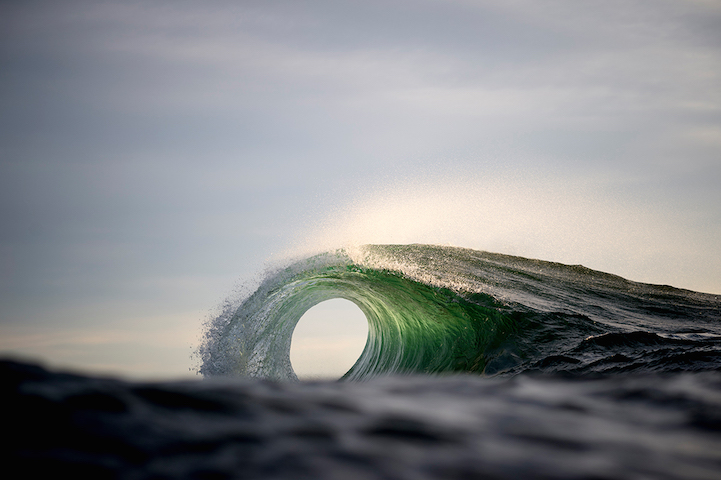 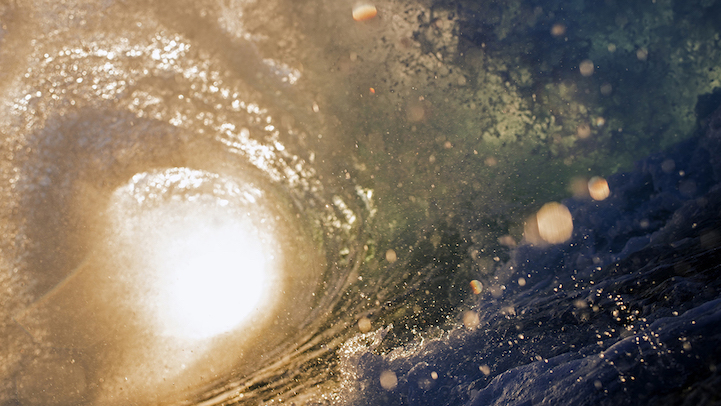 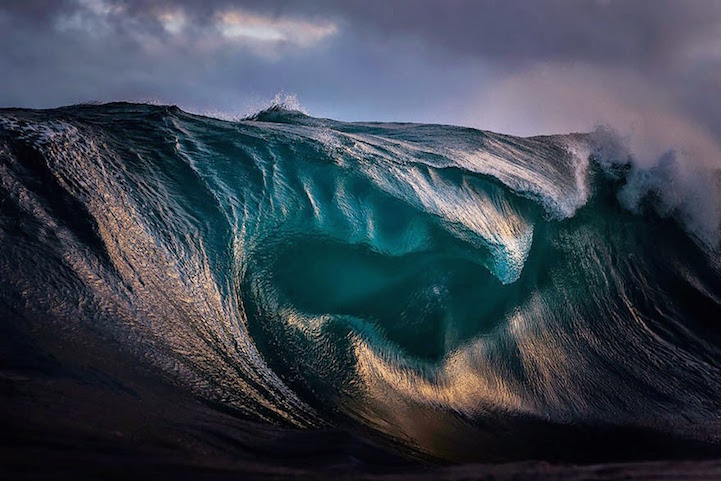 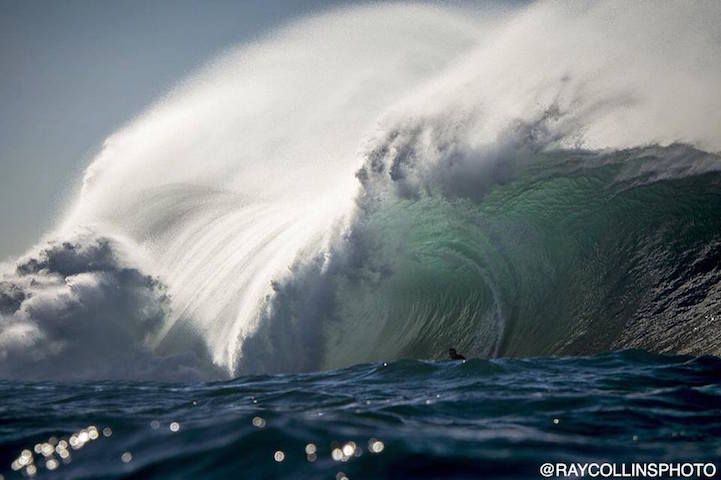 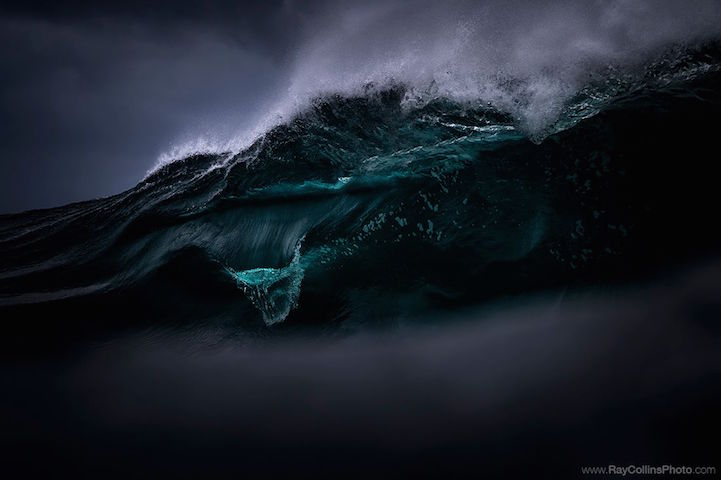 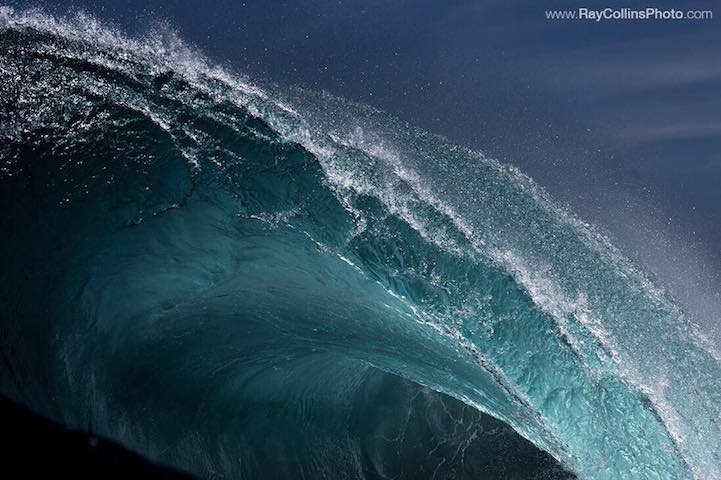 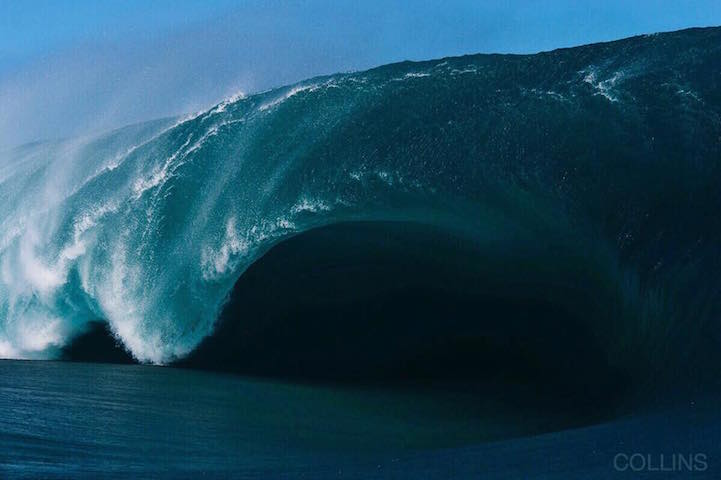 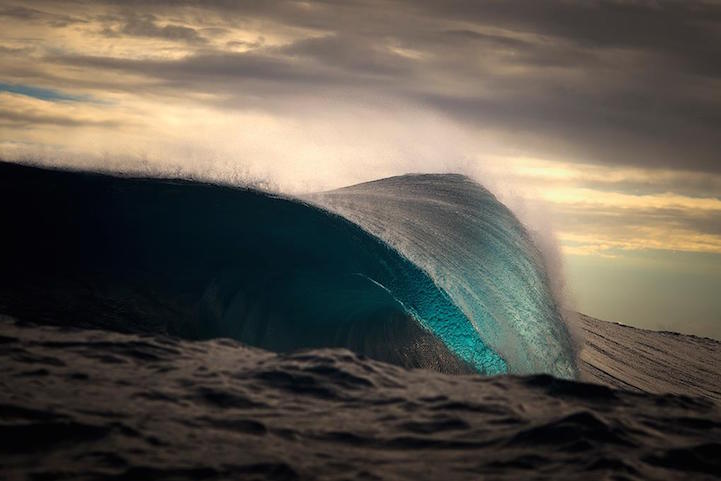