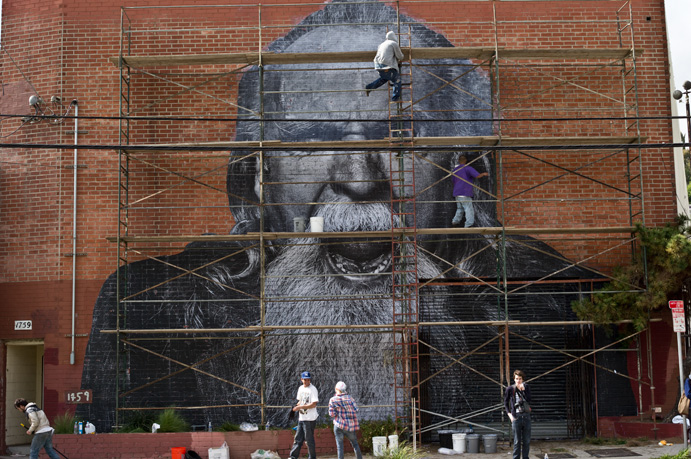 French street artist JR, winner of the 2011 TED Prize ($100,000), will unveil his TED Prize wish live onstage in Long Beach next week. Arriving a bit early, the 27-year-old Parisian put up his trademark large-scale wheat pastes all across Los Angeles this past week.

JR's L.A. visit marks the third installment of his expansive project, The Wrinkles of the City. The first two were in Cartagena, Spain, and Shanghai in 2010.

The series consists of raw photographs of residents selected through mutual friends, a casting call, and man-on-the-street interviews. So far, JR's work has popped up in Venice, Silverlake, Melrose Avenue, and Downtown.

“This is a city where everything is about image,” JR tells LA Weekly. “Where people have Botox and fight against aging, I can bring big wrinkles and hang them on the buildings of the city — in contrast to the big advertisements. Los Angeles' definition of beauty is being transformed by these people this week.” 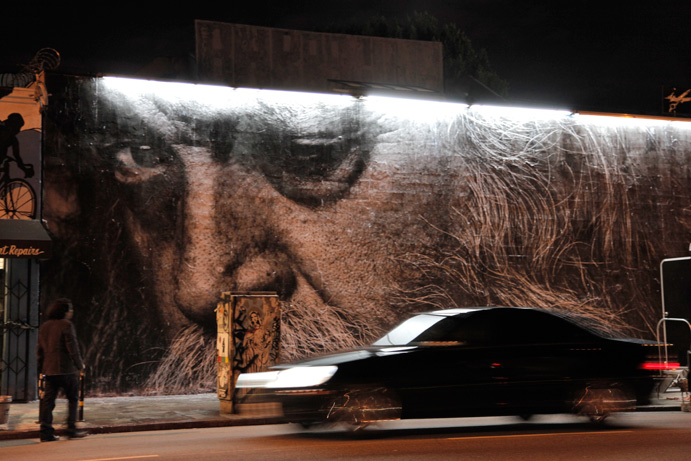 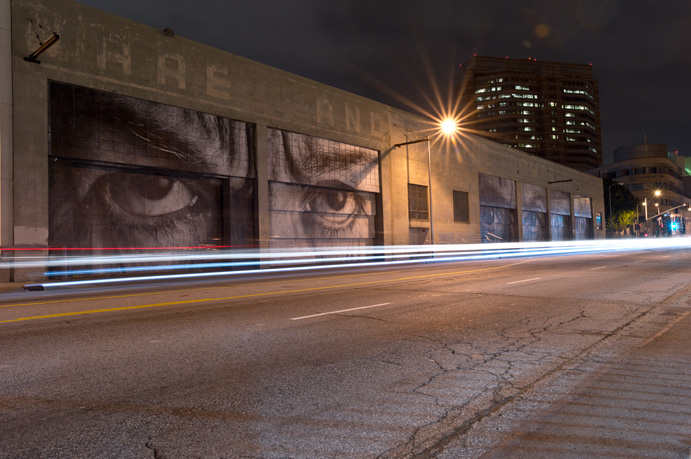 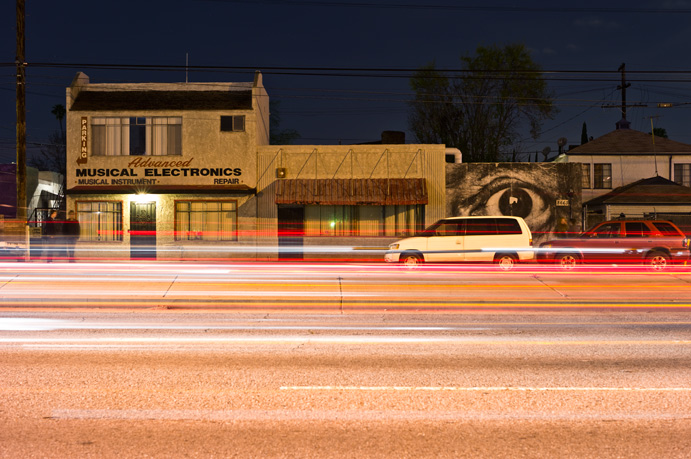 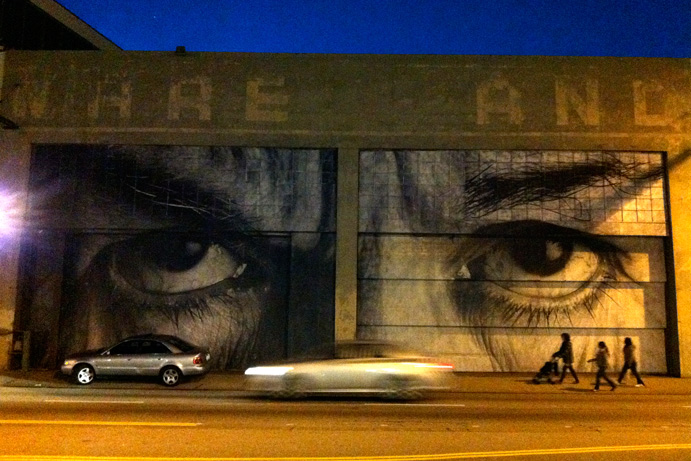 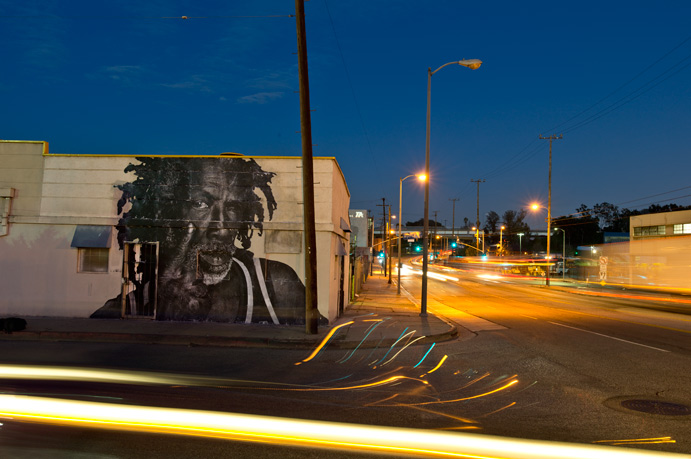 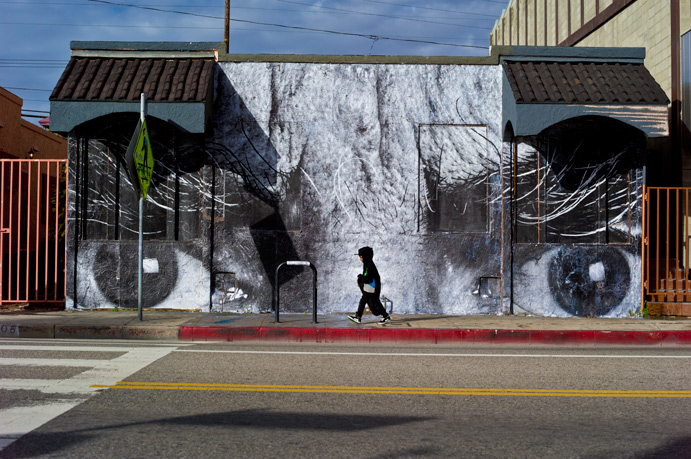 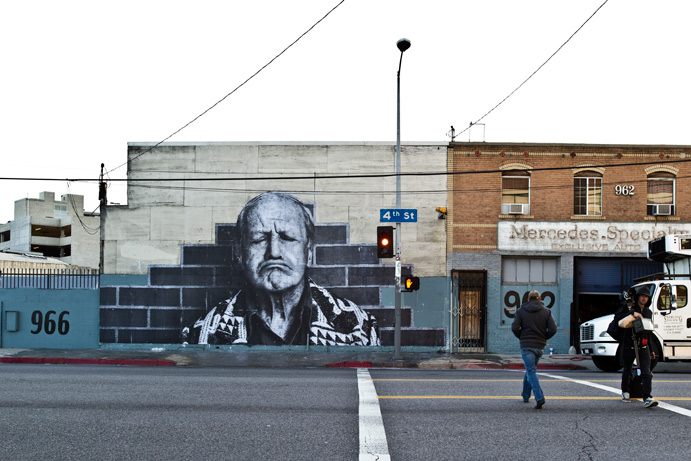 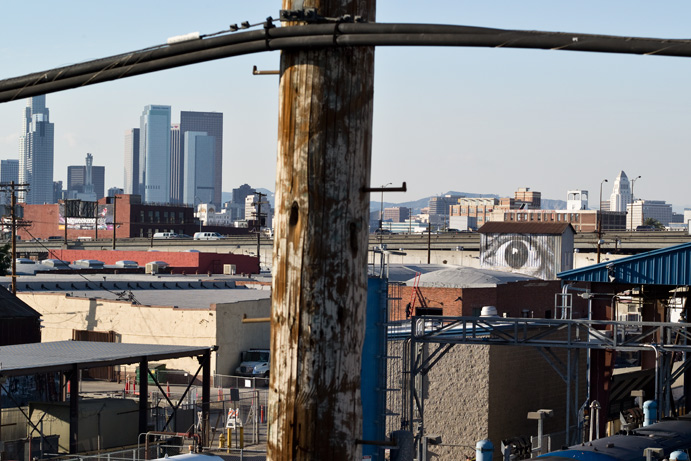 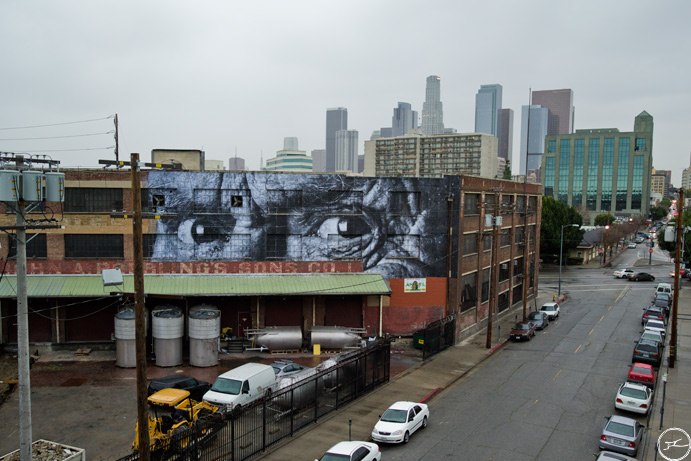 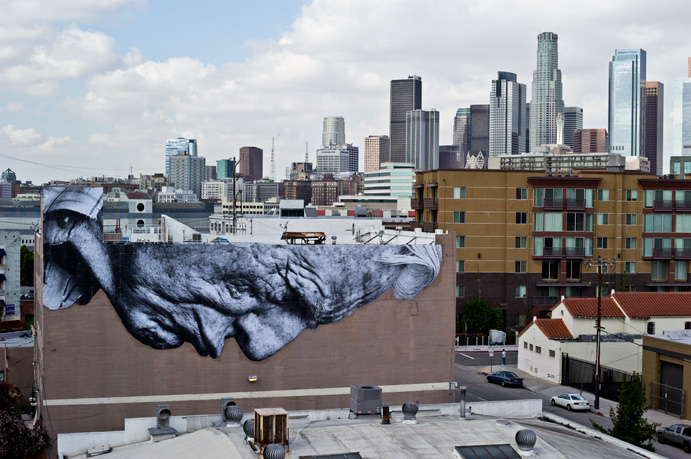 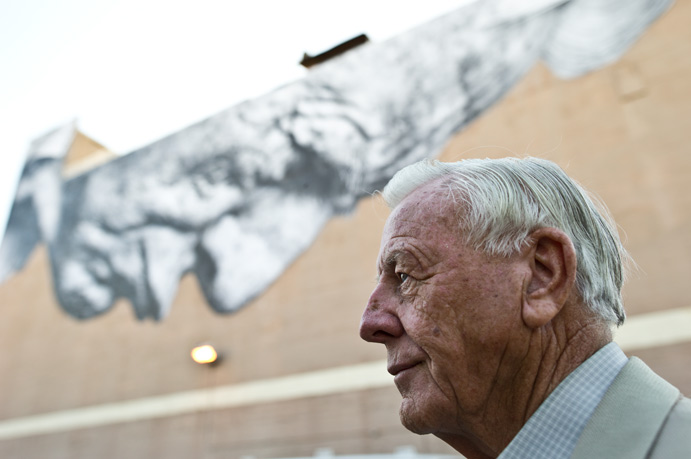