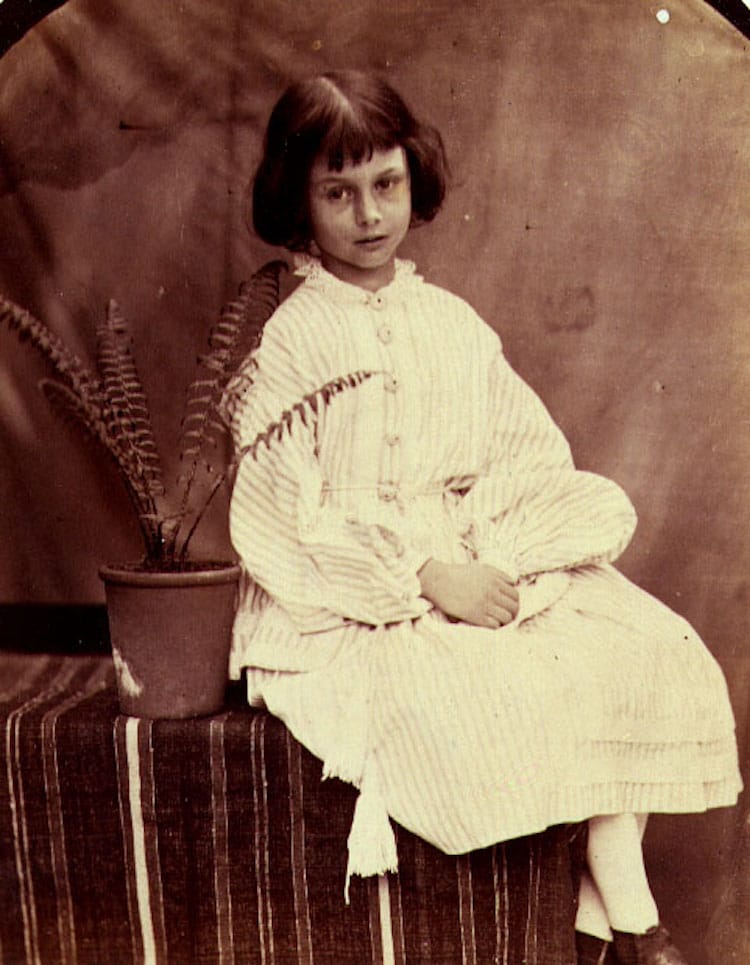 While Lewis Carroll's most beloved book, Alice's Adventures in Wonderland, is renowned for its surreal subject matter and “curiouser and curiouser” plot, its protagonist is actually based on a real-life little girl. Alice Liddell, the daughter of a family friend, inspired Carroll to write the celebrated novel in 1865. In addition to serving as his literary muse, she also often starred in Carroll's photography—another one of his artistic interests—and played a prominent part in the development of his practice.

As a photographer, Carroll used a method known as the wet collodion process. The creative, who was prone to perfectionist behaviors, was drawn to this technique due to the expert precision and ample effort it required. Poetically described by Carroll as both “mystic” and “awful,” the painstaking process involved coating a glass plate with a mixture of a soluble iodide and a collodion-based solution. Though a tricky method, Carroll embraced its difficulty and used it to produce fascinating photographs of Alice throughout the 1850s.

In the captivating collection of images, Alice is patiently positioned in a series of poses. Some photographs convey a more traditional approach to portraiture, as she is simply shown sitting on a chair or standing against a wall. Others are a bit more theatrical, depicting her in unusual costumes—namely, those intended to evoke the appearance of a “beggar child” or “the Queen of May.” No matter the context, however, the photographs have one thing in common: they each capture the childlike wonder and curious spirit of Lewis Carroll's Alice.

Though he is known primarily for his poems and prose, Lewis Carroll also enjoyed photography, with Alice Liddell—the inspiration behind Alice's Adventure's in Wonderland—serving as his main muse. 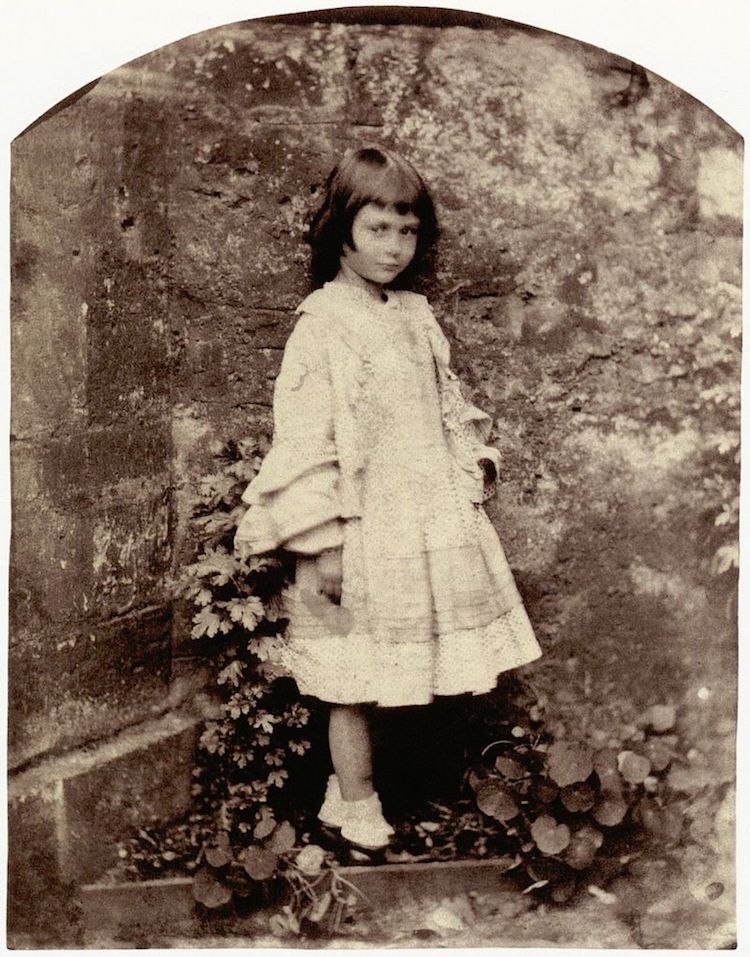 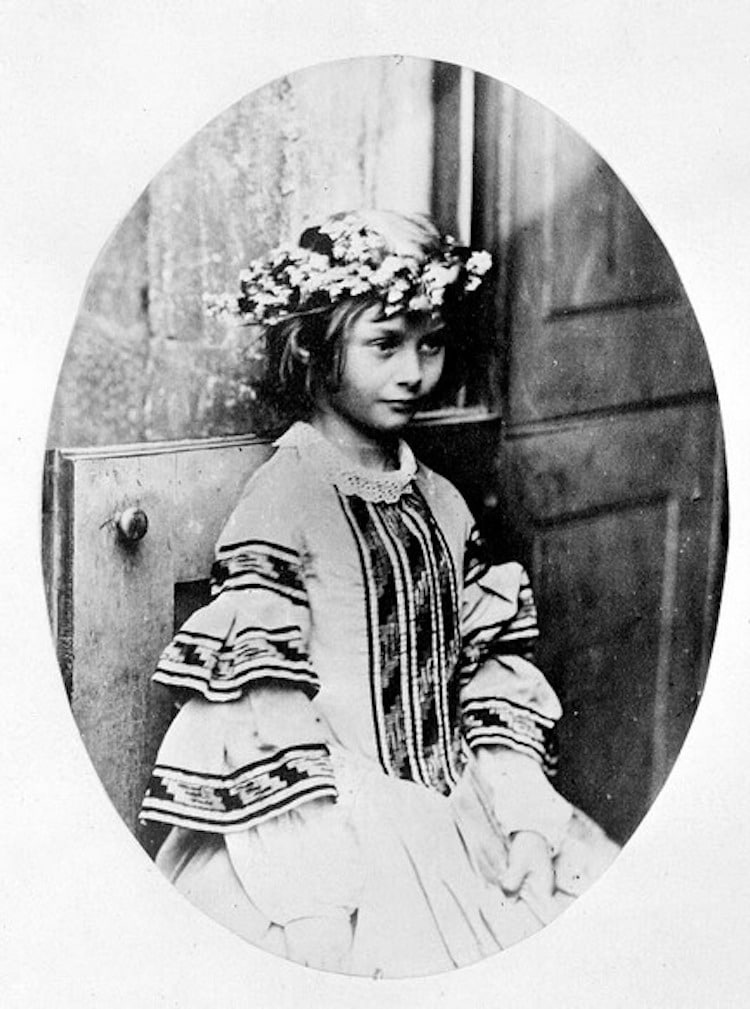 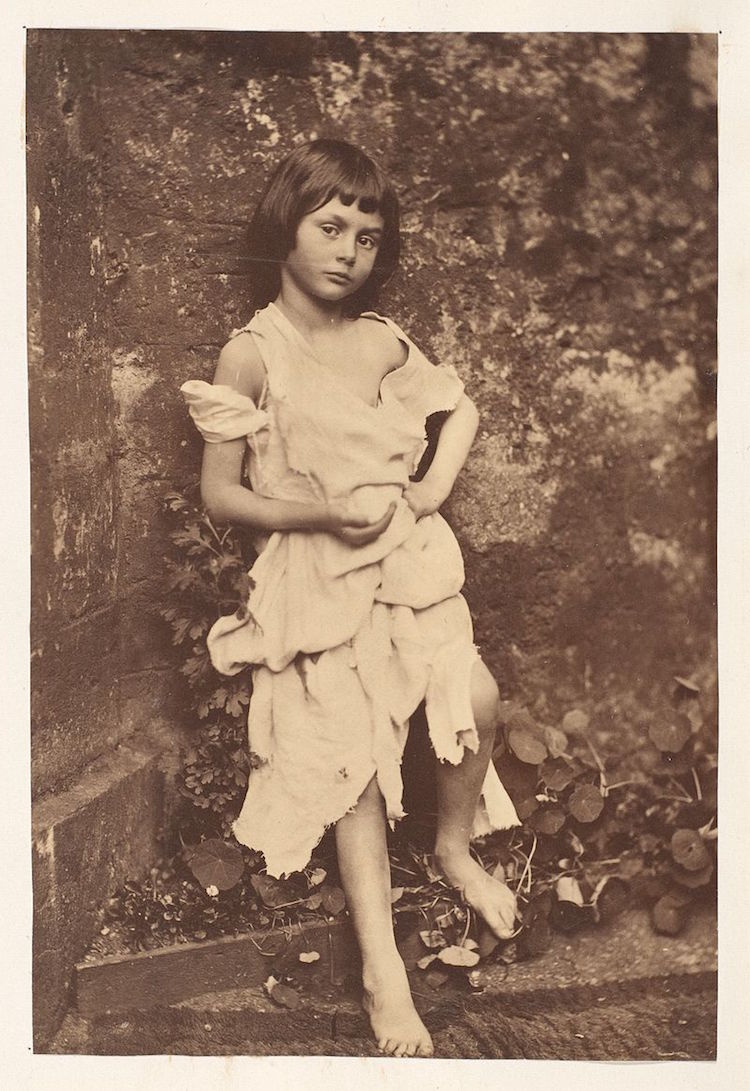