Reconstructing Reality in a Big Way 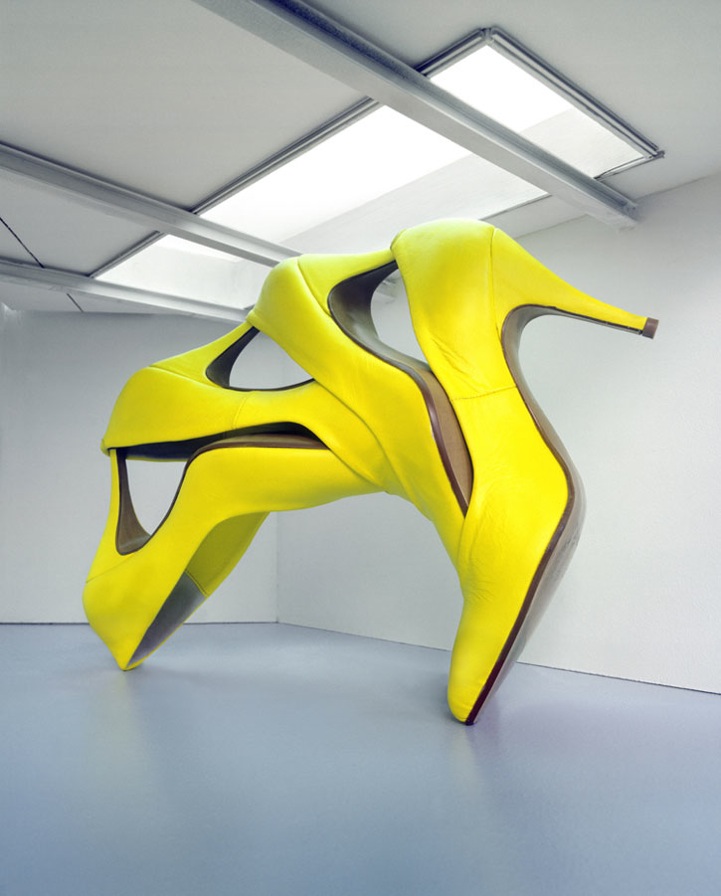 Believe it or not, artist Petros Chrisostomou works on a small scale. Looking at photo of his installations, you'd think he recreated everyday objects in a substantially larger size, enough to fill a room. You'd be half-right. His objects fill a room, but the space is considerably smaller than you'd imagine. In fact, they are model-sized replicas of rooms constructed by the artist.

Chrisostomou establishes new realities in his intricately detailed architectural models that are filled with common items that appear to be anything but. He turns the ordinary into extraordinary while playfully challenging the viewer's ideals of reality. Each of the constructed “rooms” are reproductions of spaces familiar to Chrisostomou. The kitchen with the eggs is an imitation of his real kitchen. The gigantic eggs are the “real” items. The native Londoner's still-life installation structures call into question what is real and what is a designed reality.

It's very interesting how my mind automatically assumed that the rooms in the photographs were real and the subjects in them were constructed sculptures. Looking over it again, I'm in awe of how the architecture is so precisely defined. There's a lot of work put into the modeled space that, in itself, it can be considered a beautiful work of art. 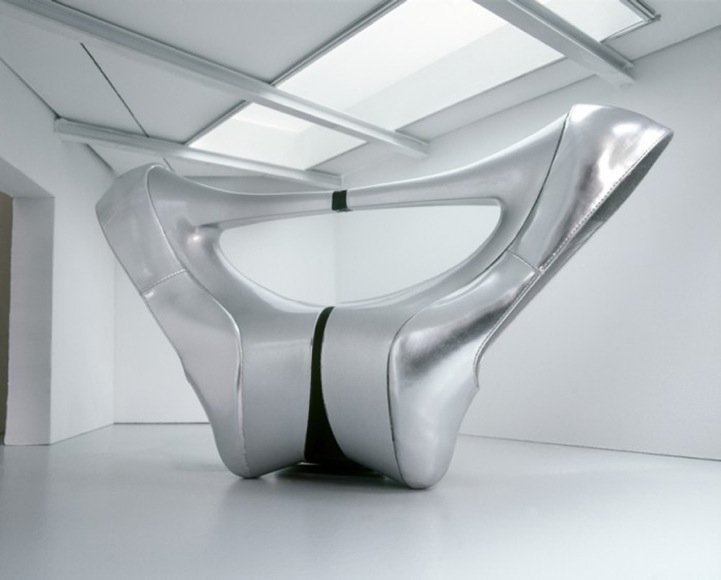 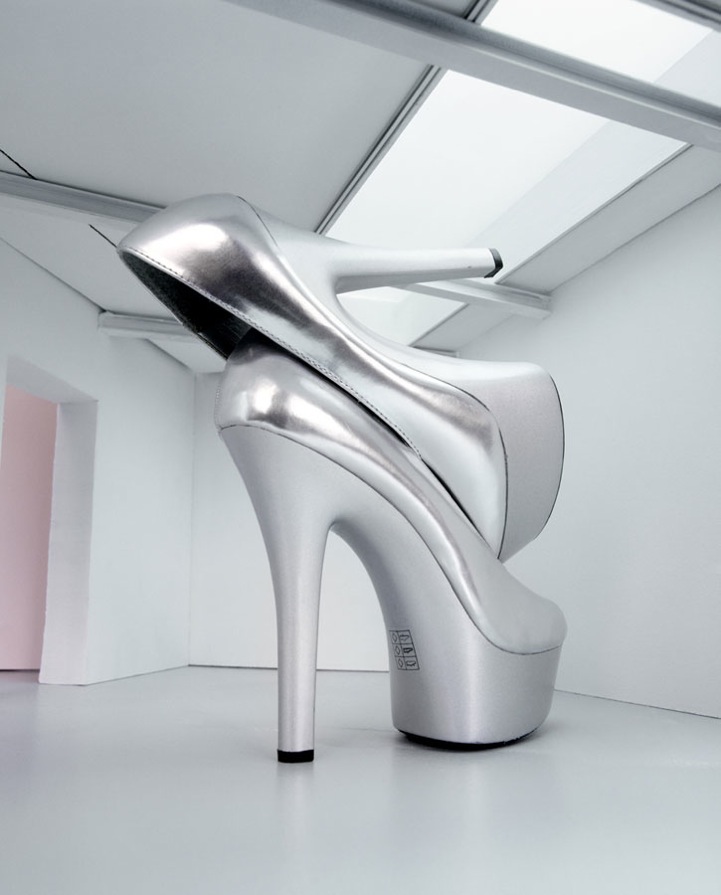 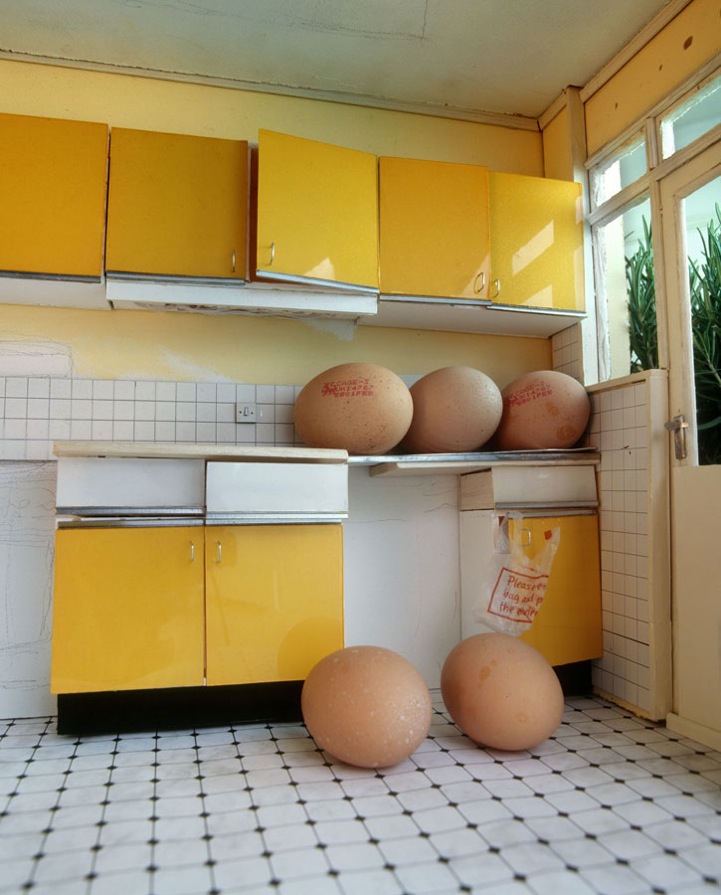 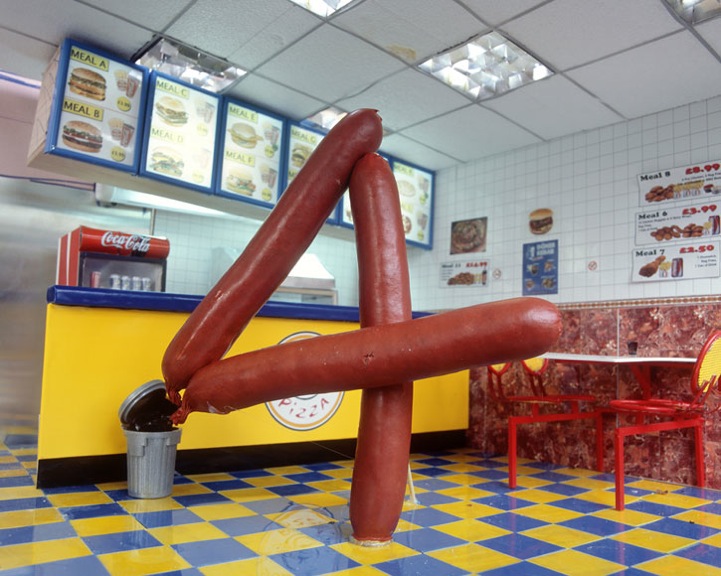 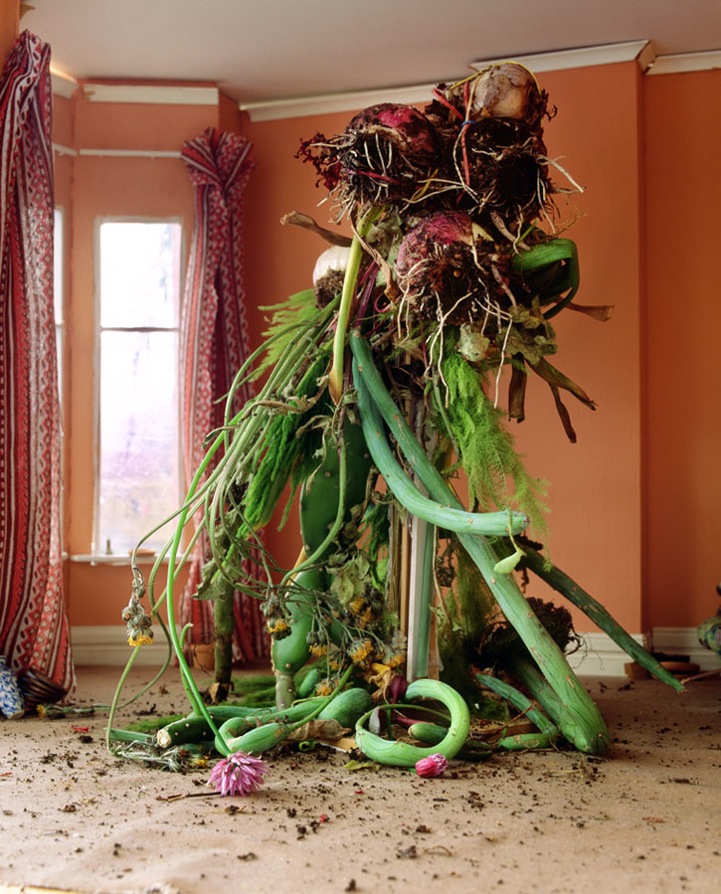 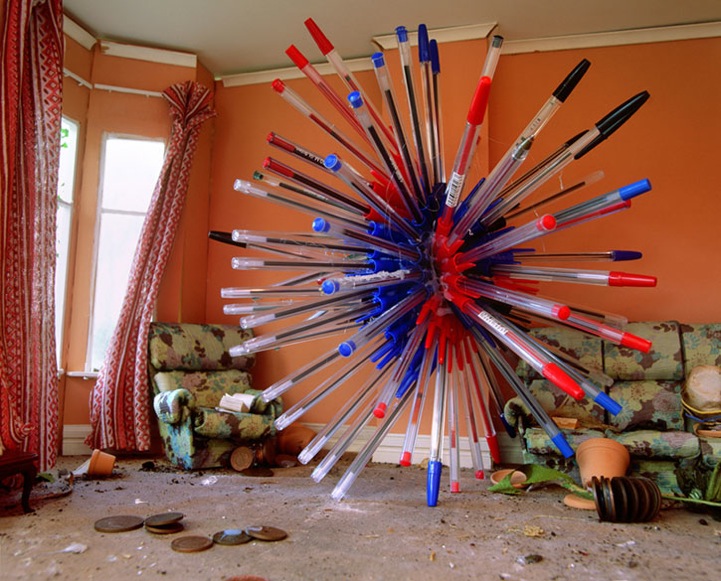 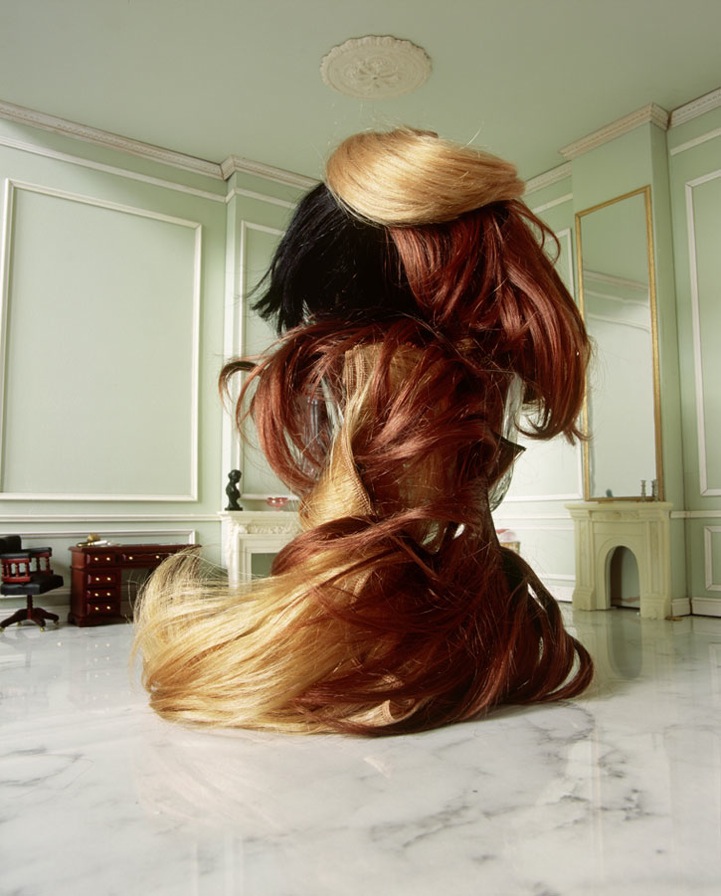 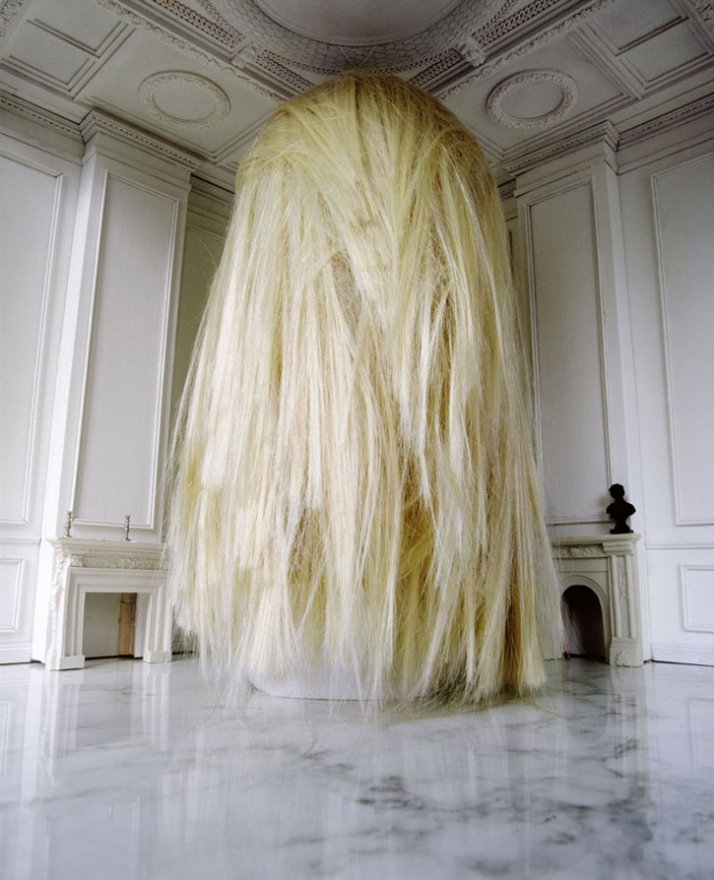 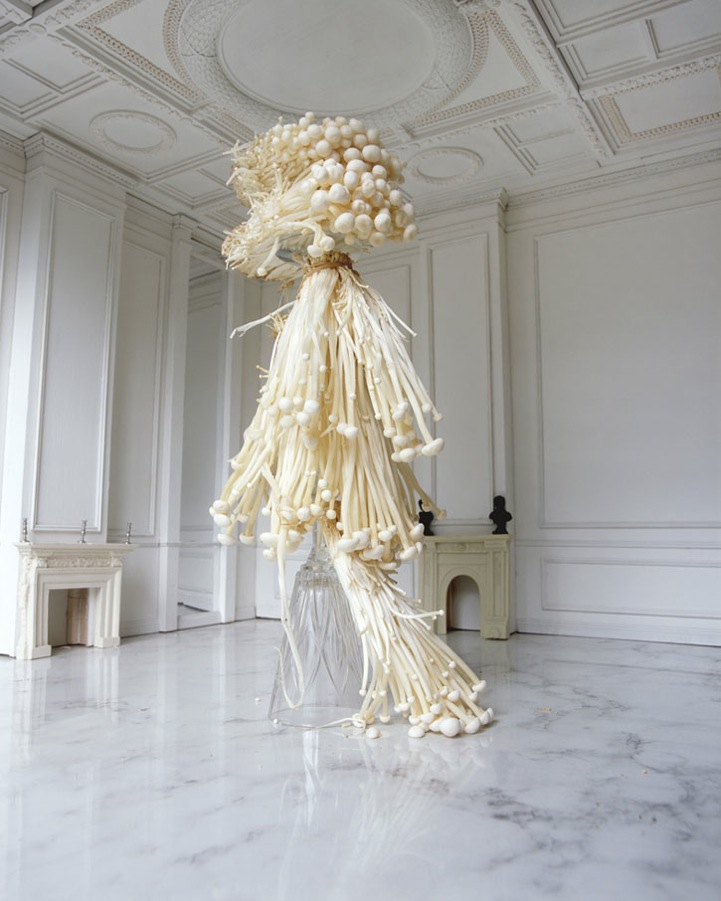 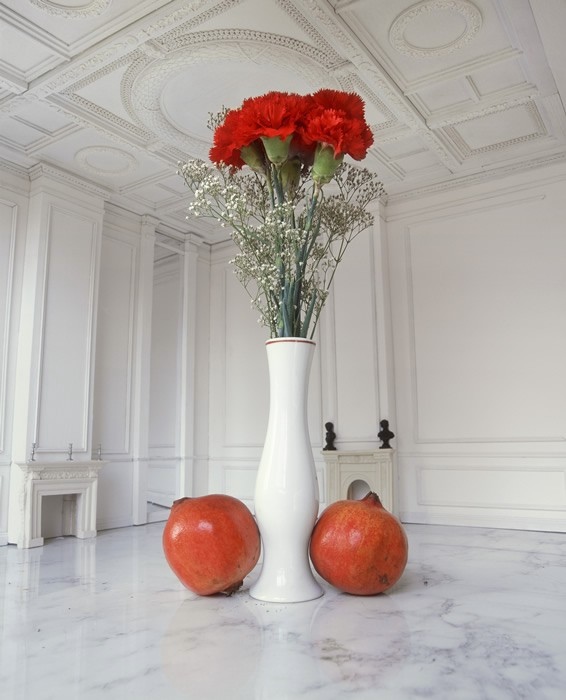