In light of the recent 2014 FIFA World Cup kick-off, Shaghai-based artist ‘Red' Hong Yi has painted a picture of three of the tournament's superstars – Cristiano Ronaldo, Neymar, and Lionel Messi. These aren't your conventional portraits, though. The artist used only her feet, a soccer ball, and eight trays of colored paints to complete the large-scale work. Amazingly, she was able to capture their likeness in a way that feels energetic, just like the game itself. This isn't the first time that Red has created a portrait using unconventional methods; we recently admired her Jackie Chan portrait made out of chopsticks.

To compose the painting, Red dips the ball into the pigment, bounces it between her feet, and carefully maneuvers it around the canvas. She begins by outlining their heads with yellow paint and later adds in the color of the players' jerseys as well as their defining physical characteristics. By doing this, it makes the three men immediately recognizable to the viewer. Watch the charming video below to see Red in action. Who said painting wasn't a workout? 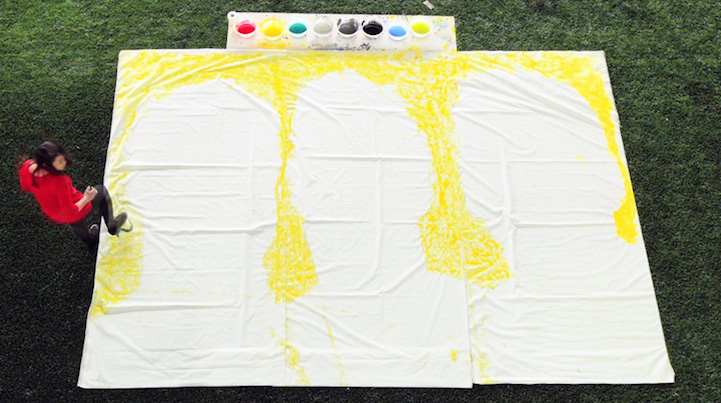 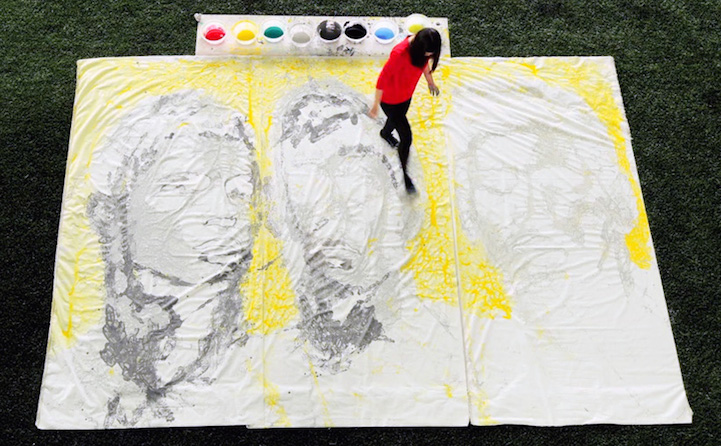 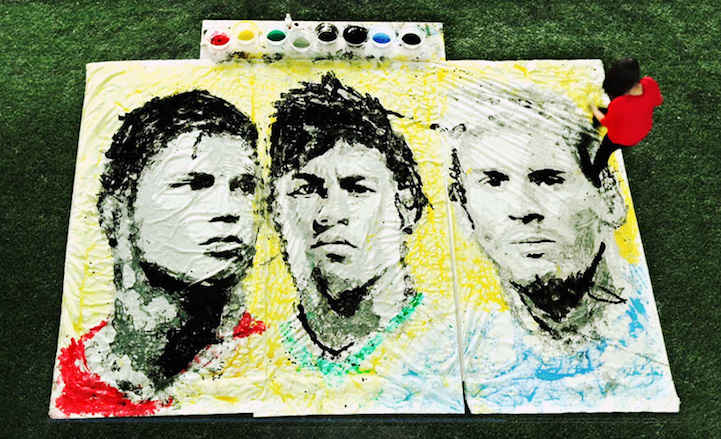 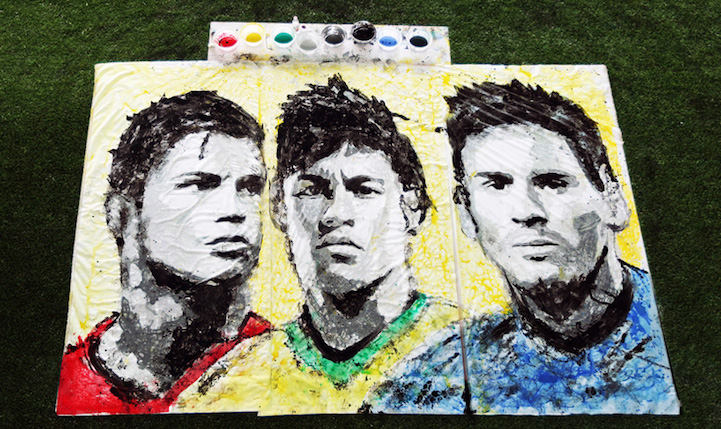 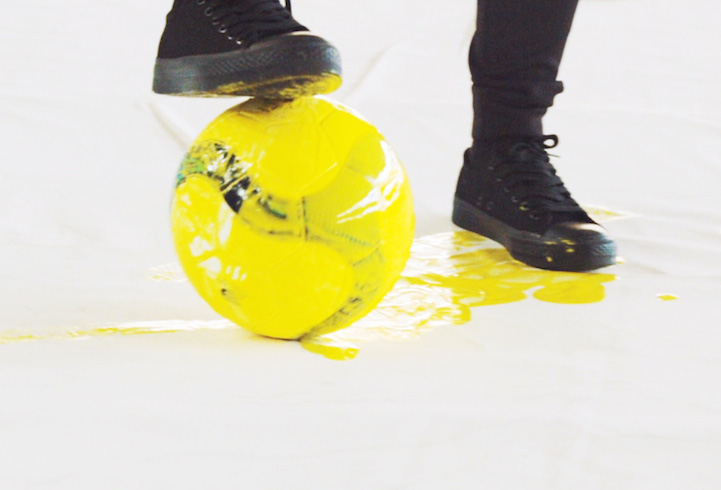 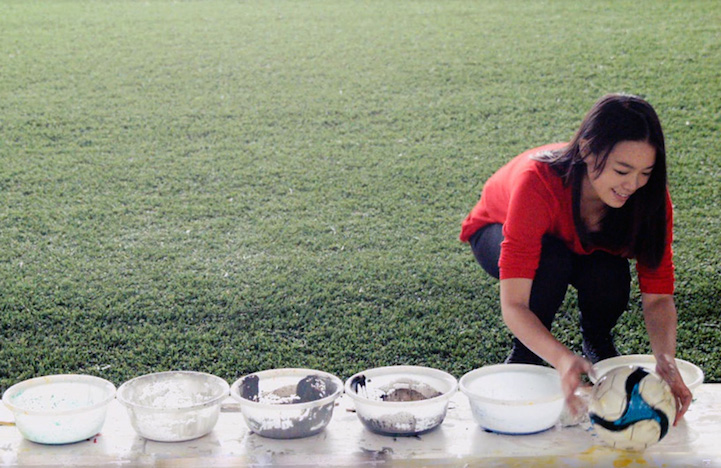 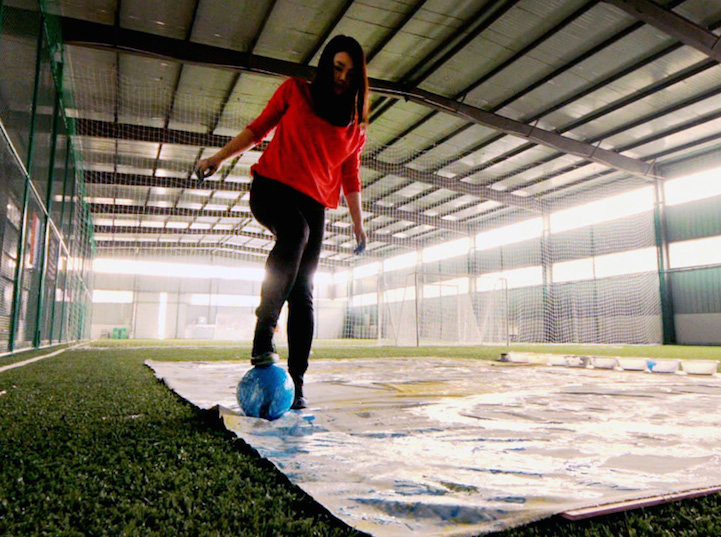