Giant Labrador Sculpture Marks Its Territory on a Museum 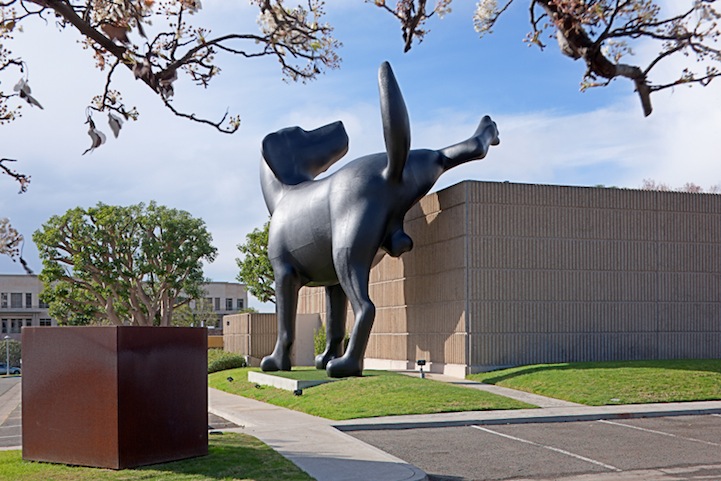 A 28-foot-tall sculpture of a black Labrador relieving itself is currently installed on the side of the Orange County Museum of Art (OCMA) in Newport Beach, California. The installation, known simply as Bad Dog, is a new outdoor piece by artist Richard Jackson that is claiming its temporary territory throughout the run of the 74-year-old artist's first retrospective exhibit titled Richard Jackson: Ain't Painting a Pain.

The sculpture of the giant naughty pup leaving its golden mark on the building is made of 52 digitally cut pieces of fiber glass and composite materials that were assembled on-site. Once the structure was intact, Jackson entered the sizable sculpture with a bucket of yellow paint to be splattered on the wall. Now, the mechanized sculpture squirts a stream of yellow paint on its own. It is one of Jackson's many “painting machines” that excretes pigments in an unusually creative fashion.

Bad Dog will be on display at OCMA, along with Jackson's retrospective, through May 5, 2013. 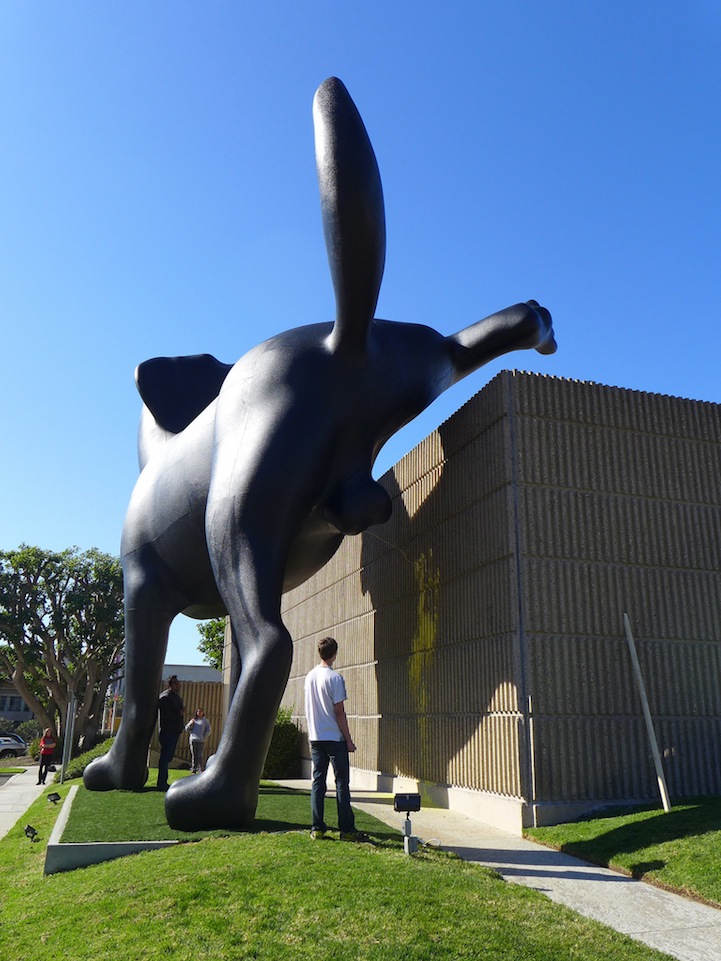 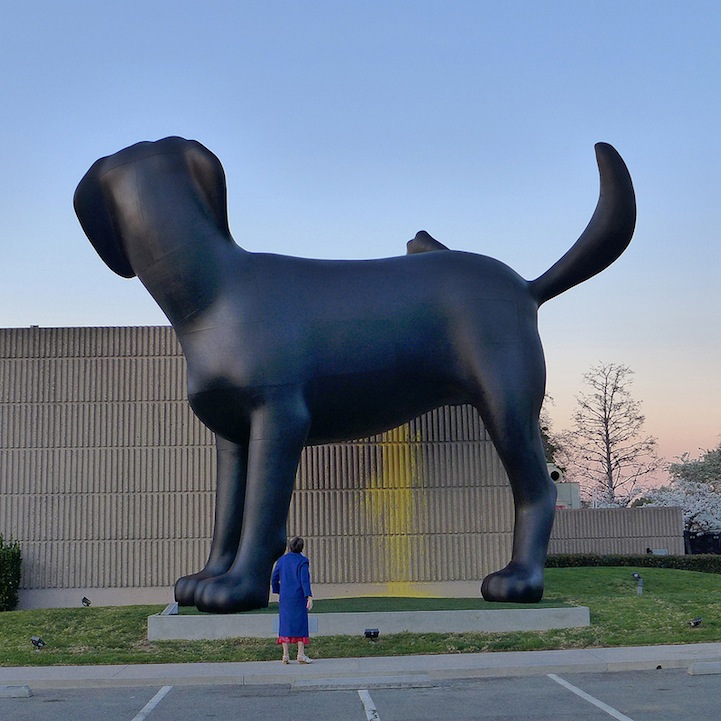 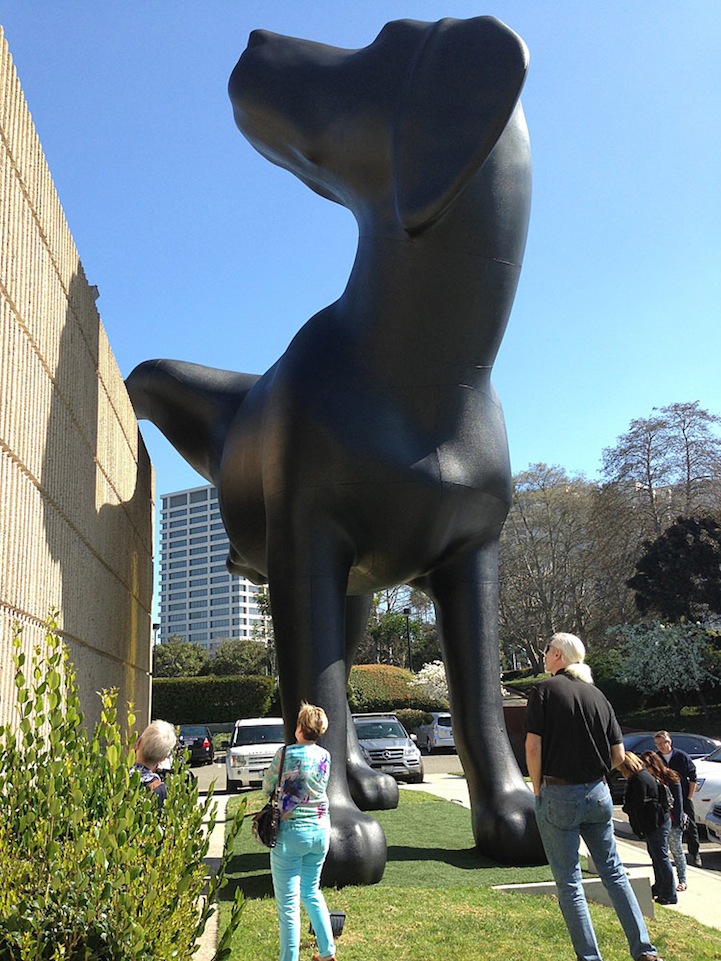 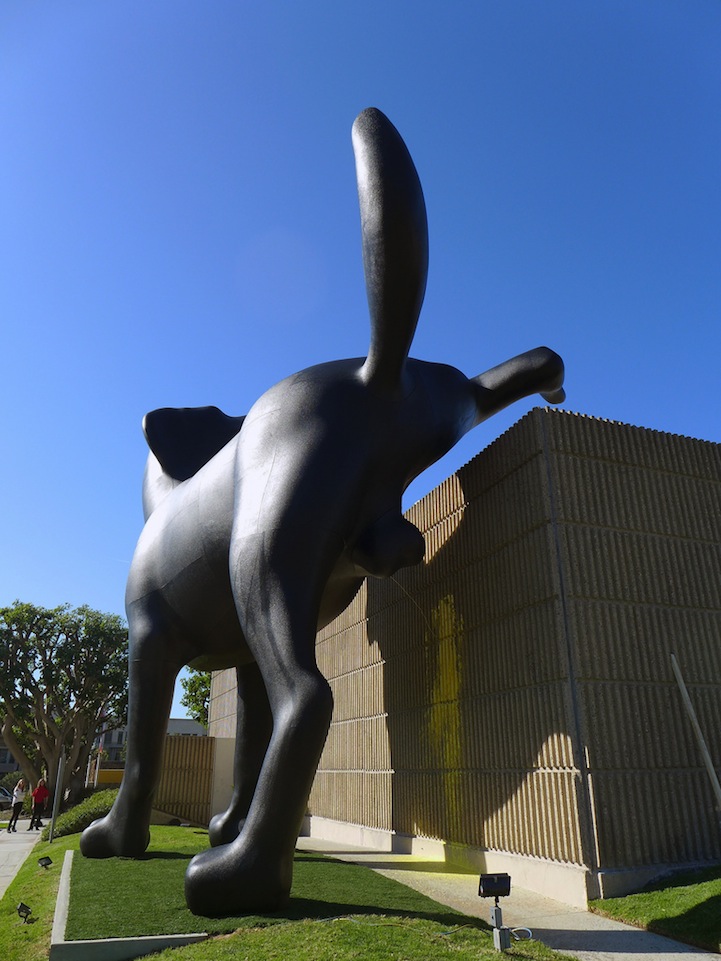