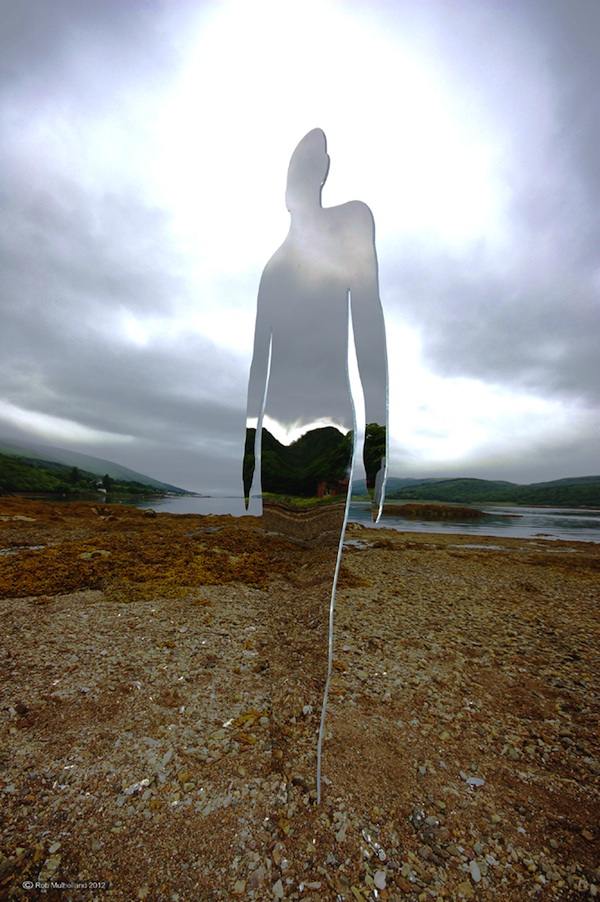 UK-based artist Rob Mulholland recently created a new site-specific installation for a group exhibition at the Caol Ruadh Sculpture Park in Scotland. Unlike his forest blending glass statues, Tide Flow – Time Flow consists of stainless steel forms that stand on the shores of the Kyles of Bute, one of the most stunning areas of coastal sceneries in Scotland.

The mirrored figures reflect the beautiful scenery around them. As one visitor stated, “They’re shape changers – depending on where you stand – because they take to themselves the colour and texture of their surroundings.”

Mulholland describes them this way, “As the tide ebbs and flows, the reflections of the sun and sea constantly alter the appearance of the mirrored stainless steel forms creating a kinetic surface that moves to the rhythm of the sea. The Cretaceous sea-forms, standing alongside the human figures, are a reference to our genetic past and ask us to consider our evolutionary journey thus far.”

Mulholland’s work explores the human relationship to the natural environment. He asks the view to reflect and question the ever-changing world around us.

The Caol Ruadh Scupture Park just opened on June 24. It will showcase and sell contemporary sculpture created in Scotland. Amongst open woodland, massive rock bluffs and grassland running to the shore, intriguing sculptures are just waiting to be found. Tide Flow – Time Flow is open to the public until the end of September 2012. 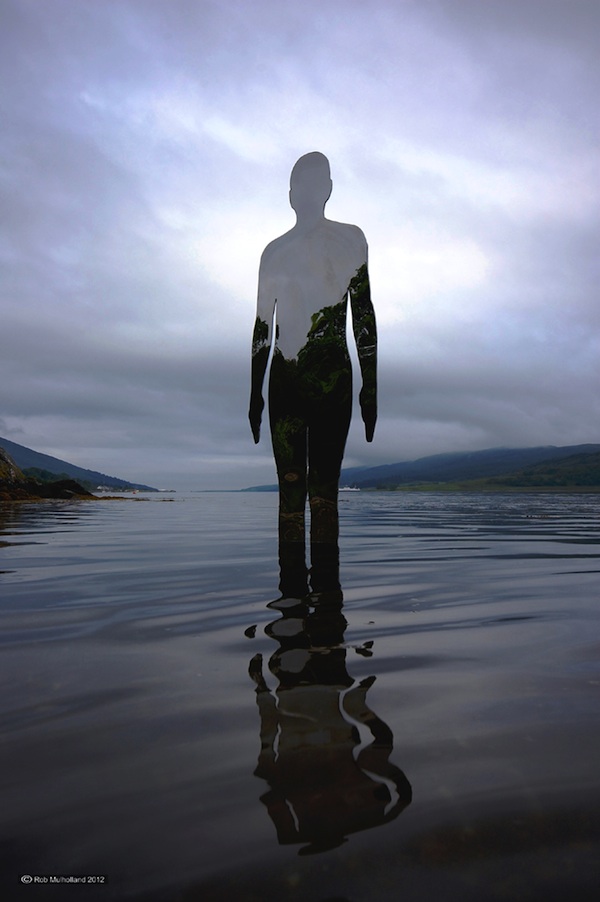 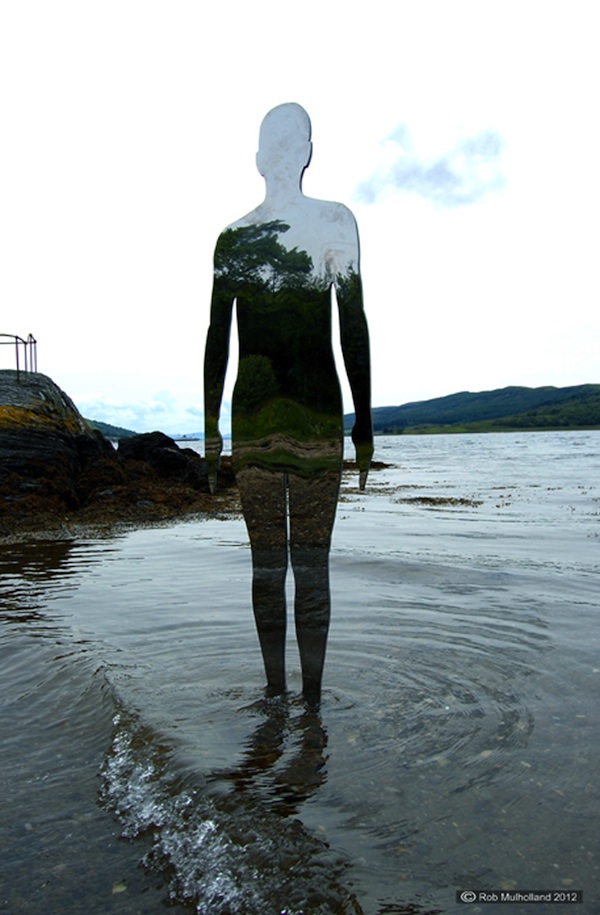 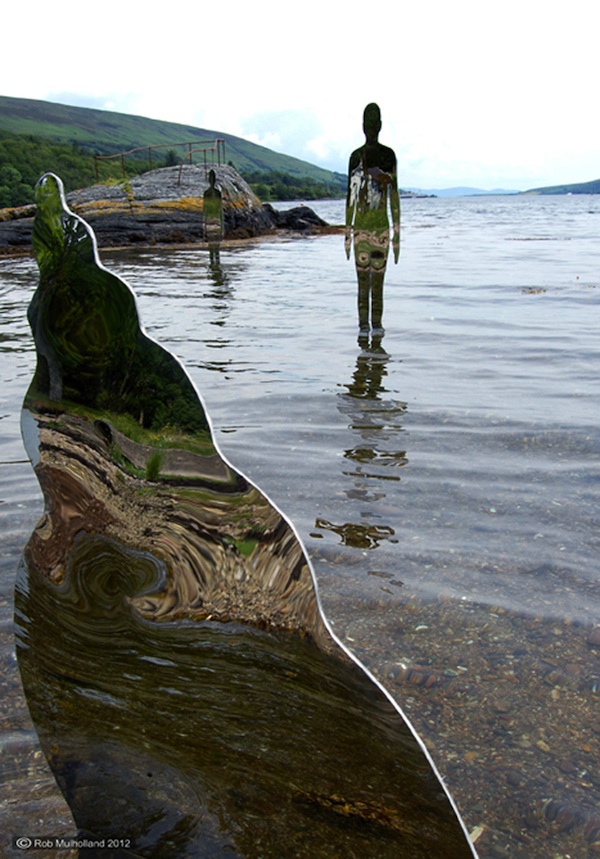 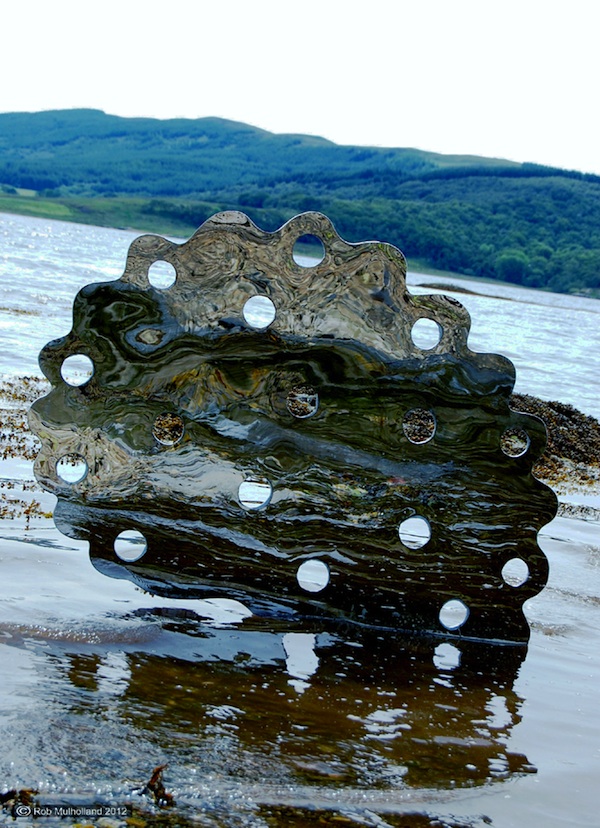 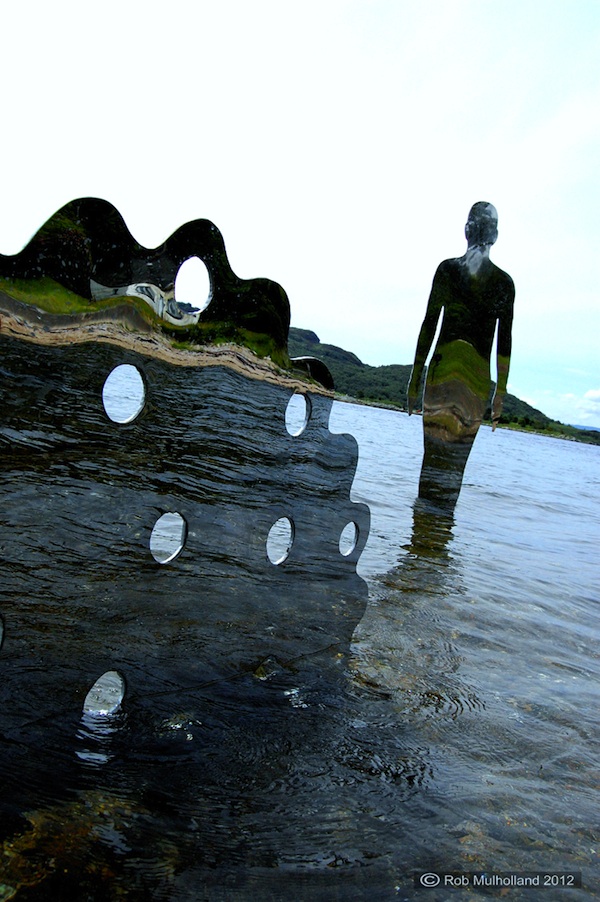 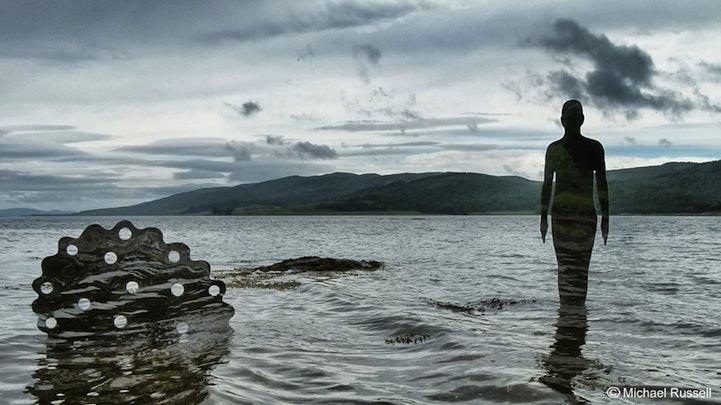 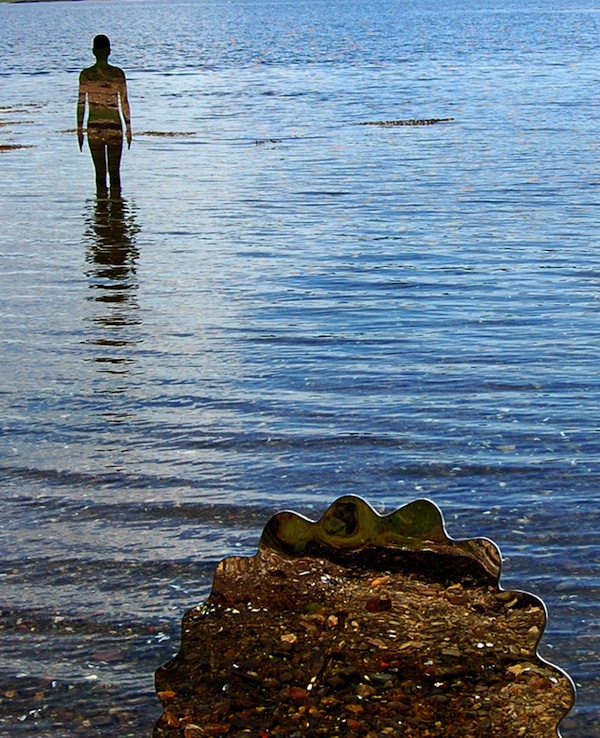 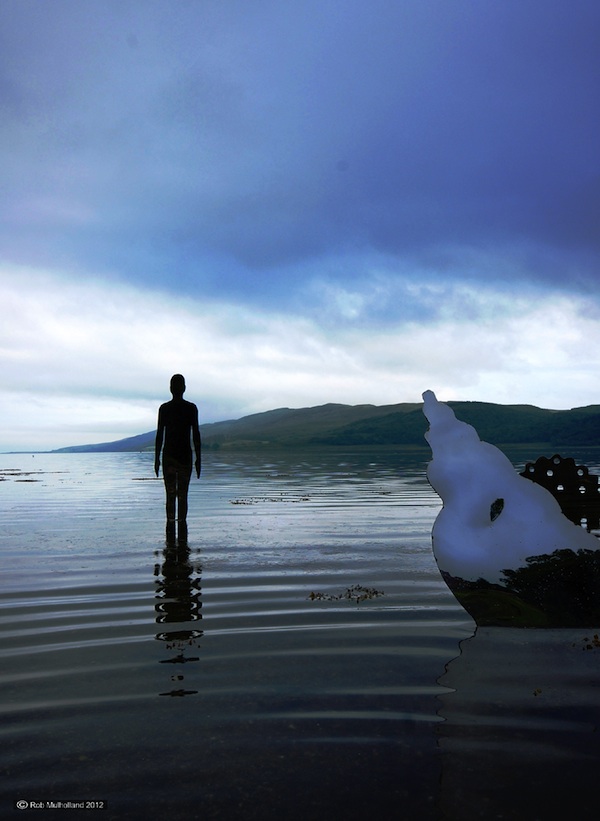