Suspended Dragon Made of 40,000 Golden Buttons 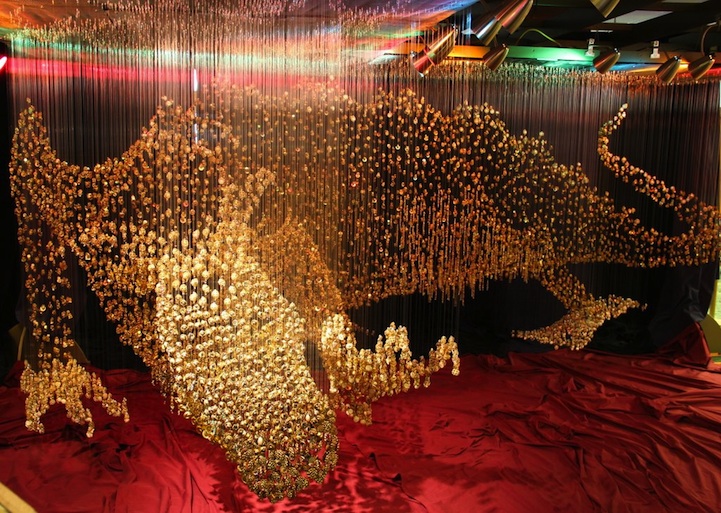 Artist Robin Protz created an incredible suspended sculpture of a dragon made up of 40,000 golden buttons hanging from 4,000 fluorocarbon lines. The massive 18'x12'x8′ piece was an early favorite at ArtPrize, the world's largest art competition going on now in Grand Rapids, Michigan, making the top 25 list and quickly becoming a part of the “Did you see it?” conversation. Many called the work their favorite and were sadly disappointed when they learned that The Dragon, by Robin Protz, was disqualified from the competition because it had violated one of ArtPrize's rules.

The rules state that the artwork must be completed within three years prior to September 19, 2012. When they spotted Protz's YouTube video of “Nelligan The Dragon” in 2008, they decided it was identical to the one currently exhibited inside the Amway Grand Plaza. Protz released a statement defending her piece saying the dragon “was related, but not the same.”

Though we'll never know if Protz could have nabbed the top spot, we can still appreciate all the time and effort that went into creating such an amazing piece. Here is what a few people said about the controversial decision. “Not sure why this rule exists because I could care less when something was created. No matter what – this piece is stunning and truly amazing. I think one of the best pieces of ArtPrize.”

“Robin's entry is definitely magical and transcends any ‘start' date. Many artists have ideas that may have been born years in the past but their art is a work in progress. I agree with her argument that she should remain in the competition and hope the ArtPrize Committee will reconsider the decision that they have made.” 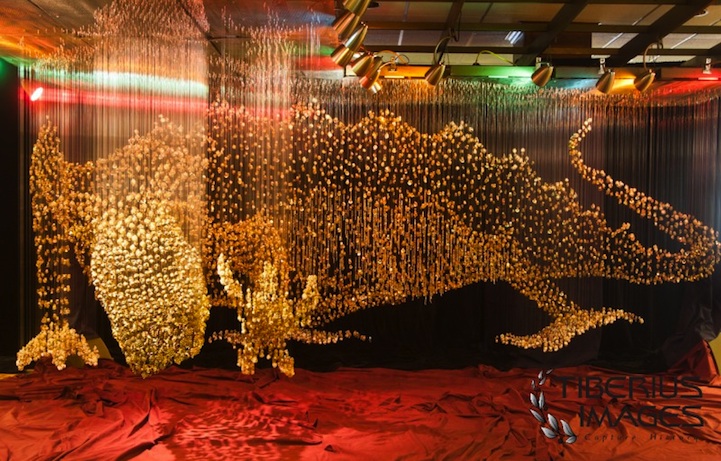 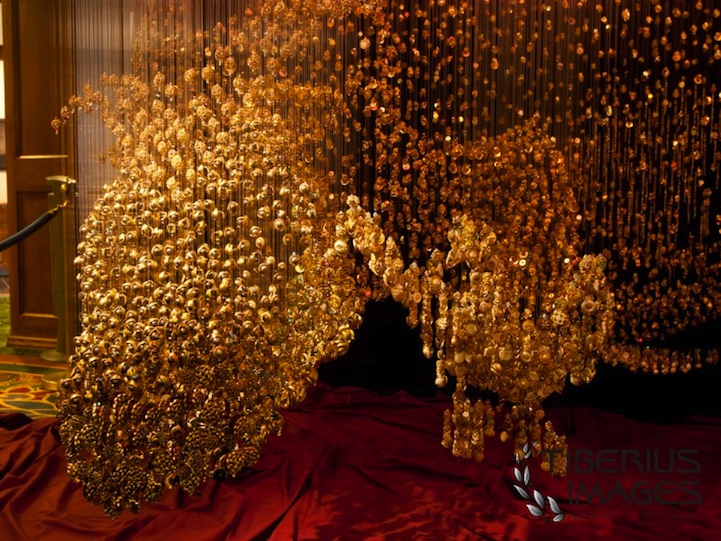 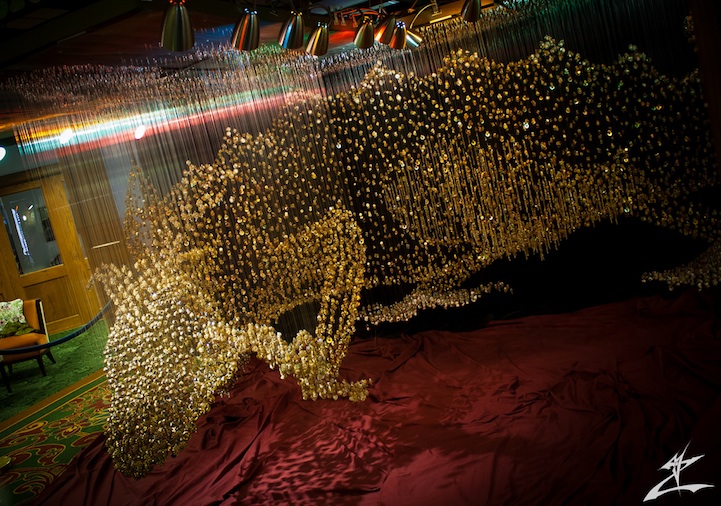 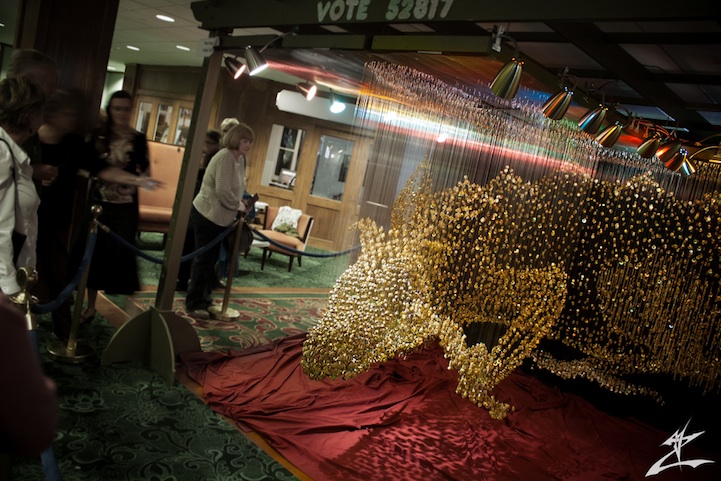 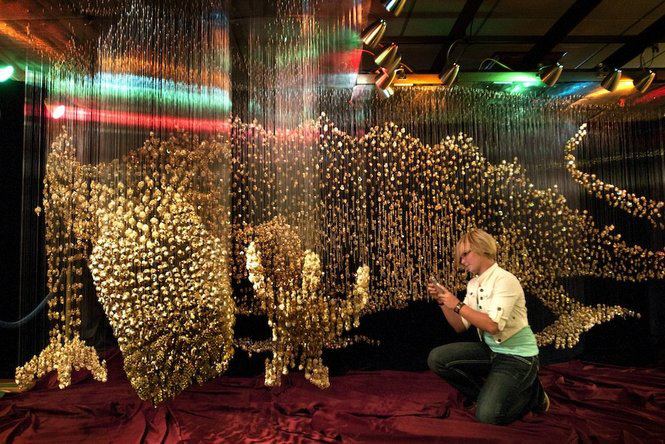