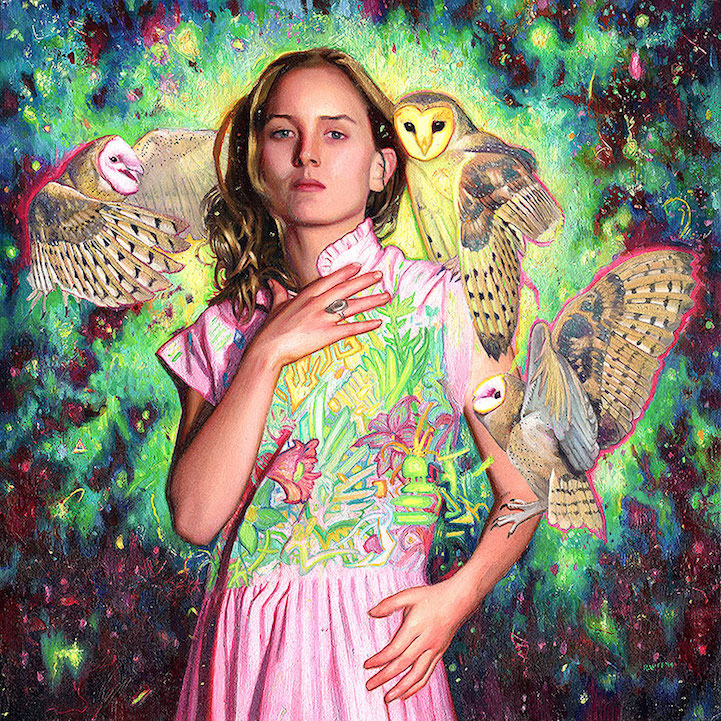 When we first discovered artist Rodrigo Luff in 2010, he rendered his ethereal imagery with a soft and muted color palette. Now, his newest series called Nemeta radiates with vibrant, technicolor mysticism. Though he was born in San Salvador, El Salvador and currently resides in Sydney, Australia, his illustrations seem grounded in another world—one where wild owls and other woodland creatures meet women between glowing neon trees, like its own fluorescent fairytale.

In an interview with OC Art Blog, Luff listed creative influences including personal photographs of plant-life; the Northern Lights and other celestial nebulae; Japanese filmmaker and artist Hayao Miyazaki (of Totoro fame); his girlfriend; city lights; and even “a deformed baby I photographed from a medical museum in Amsterdam.” In each of his works, these disparate forces come together in what he describes as a “visual song.” He explains, “I think a dark, long meandering branch is like a bassline, with its leaves or owls sitting on top like the percussion beating away. Dark, flat areas are like silence and by contrast a bright explosion of colour is like a central melody.”

Luff’s aim is to transform the invisible energy of his various inspirations into one moving optical language, mixing mediums including pencil, pastel, and acrylic and oil paint to infuse earthly elements with a vivid aura of fantasy. Each composition, he told Sour Harvest, is intended to symbolize “how that liminal, mysterious and wild realm reflects those uncharted dimensions within our psyche.” If the true subconscious looks akin to Luff’s dreamscapes, it’s a dazzling place worth exploring. 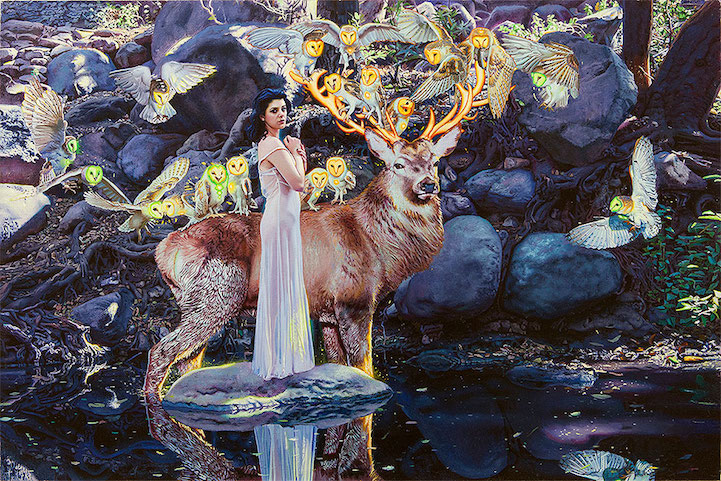 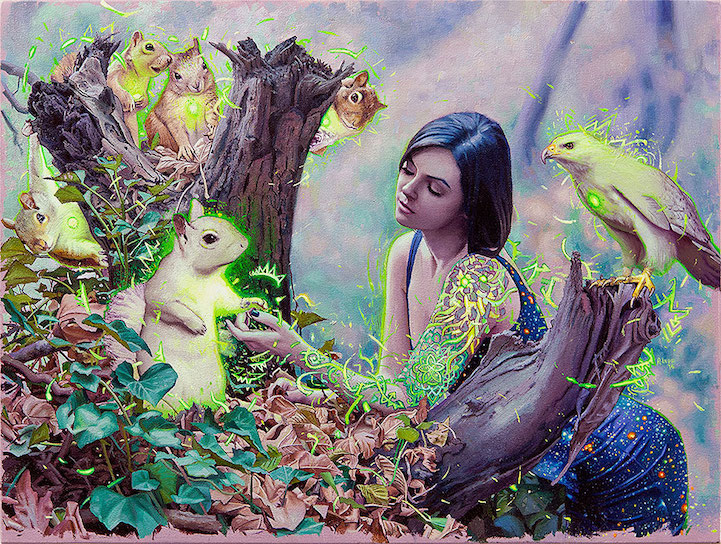 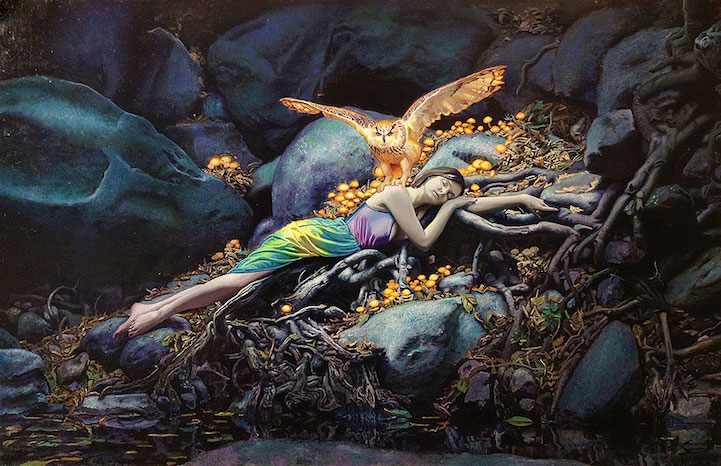 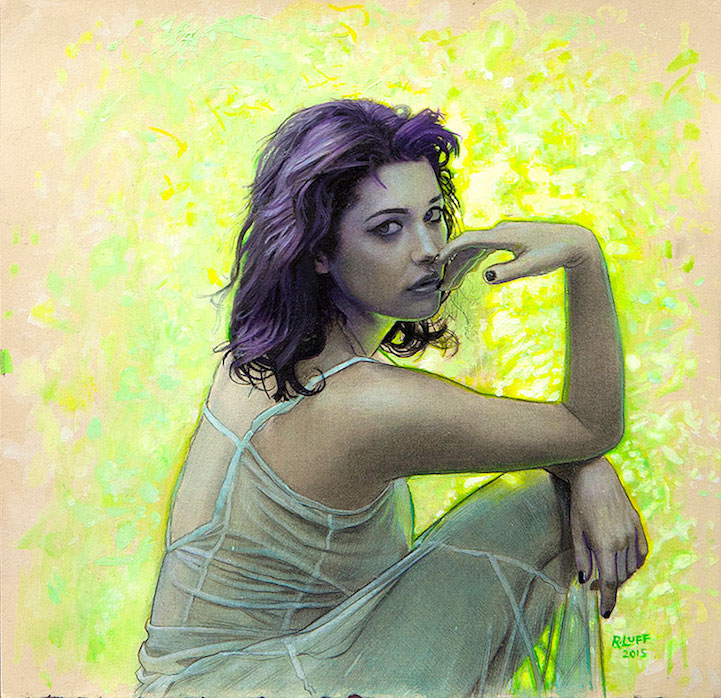 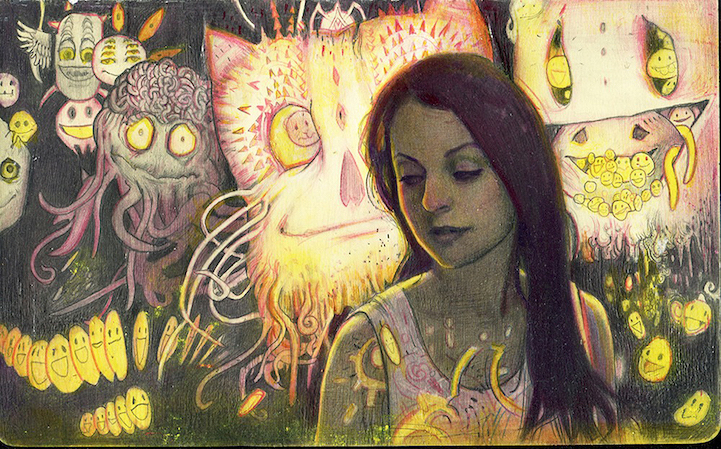 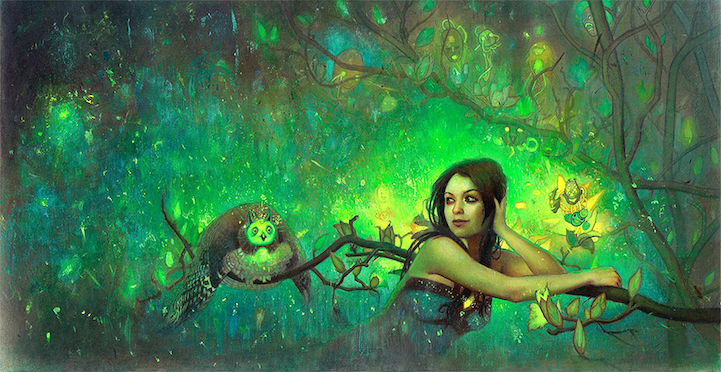 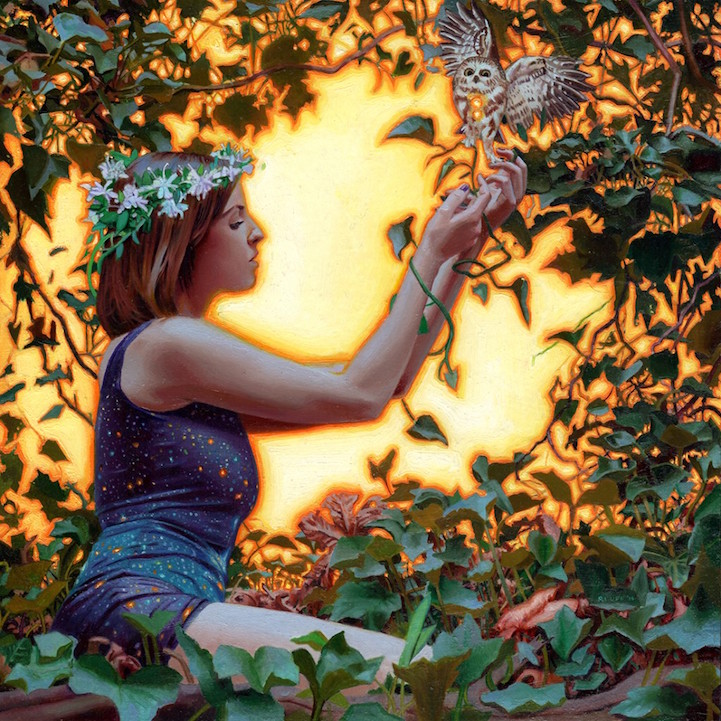 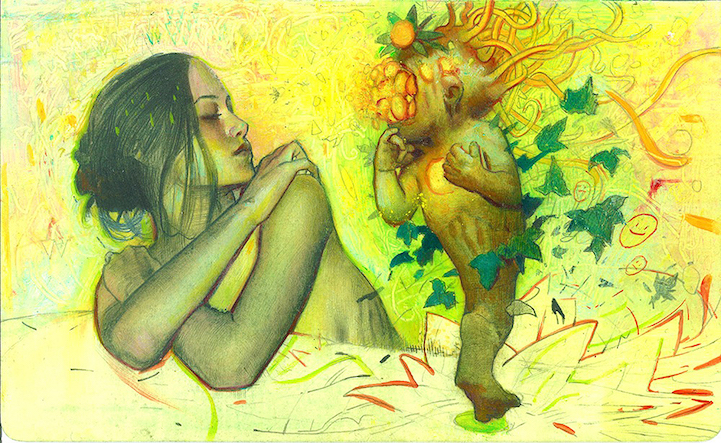 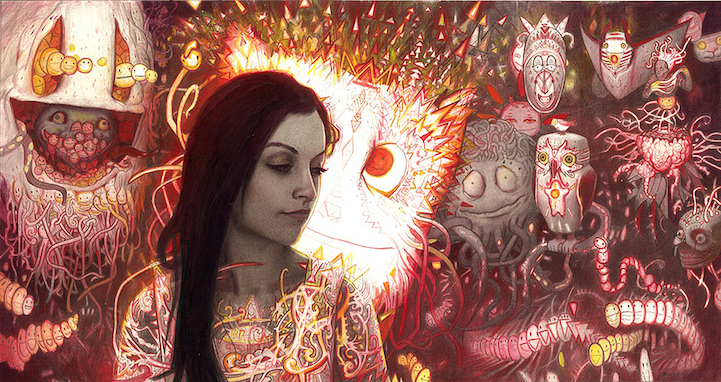 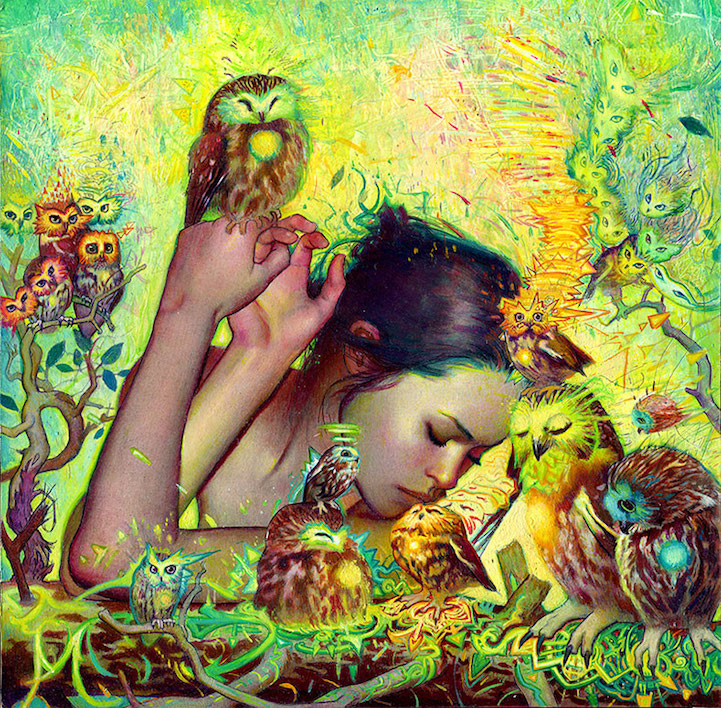 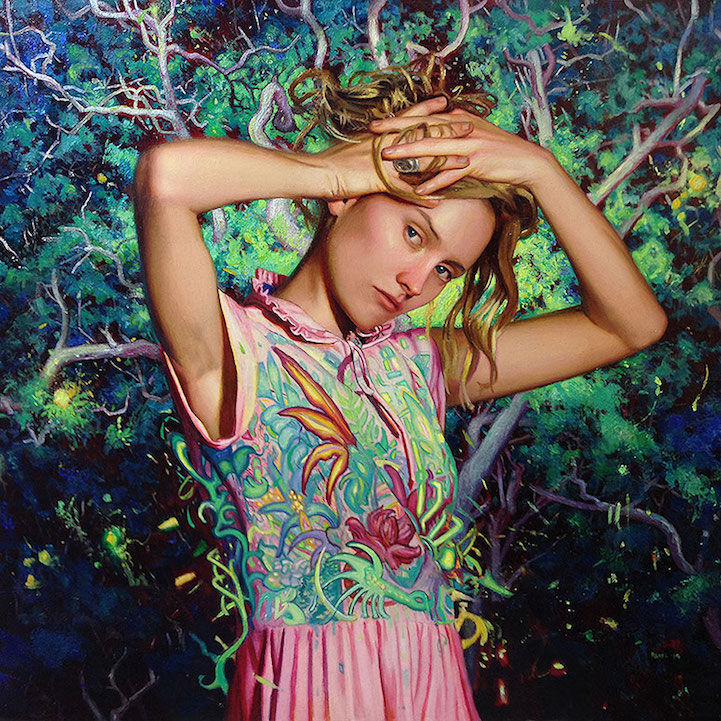 All images via Thinkspace Gallery/Rodrigo Luff.