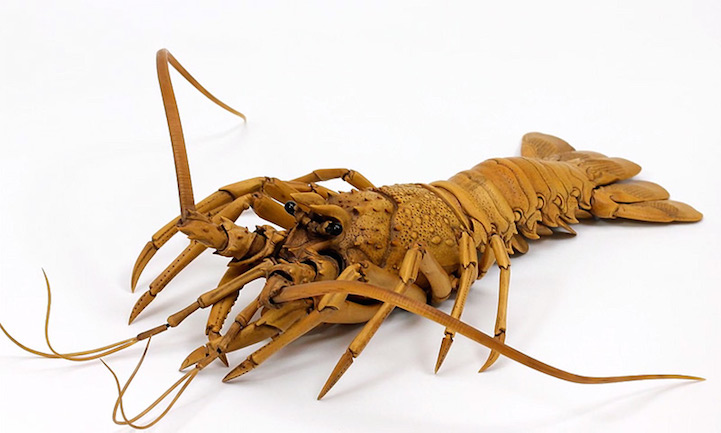 This lobster looks so life-like that you'd hardly believe it's made out of wood. The crustacean was crafted by Japanese sculptor Ryosuke Ohtake who completed it for a wooden sculpture exhibition at Tokyu Department Store in Tokyo this past April. It has finely-carved details like you'd see on the real thing, such the tiny crevices on its pincers and the intricate texture on its torso. Additionally, this incredible lobster was built to be fully animated with moveable limbs and joints.

Ohtake's sculpture follows the Japanese tradition of jizai okimono, which is the art of carving realistic animals. The small-niche craft originated in the late Edo period (late 1700's) by metalsmiths and armor makers who faced a decline in demand for their services and thus had the free time to produce these impressive works. Common subjects include birds, fishes, snakes, and insects, with the lobster being the considered the most challenging to reproduce. So, it's no surprise that Ohtake caused quite a stir with his creation, especially since it was his first official jizai okimono.

Watch the video below to see the artist's process and how realistically the wooden sculpture moves. It's an awe-inspiring sight to see. 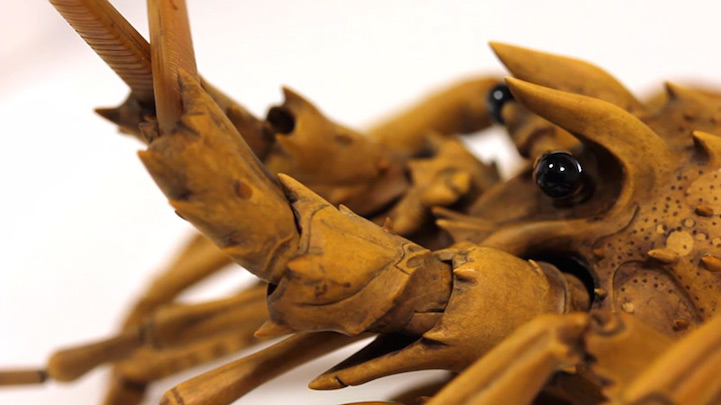 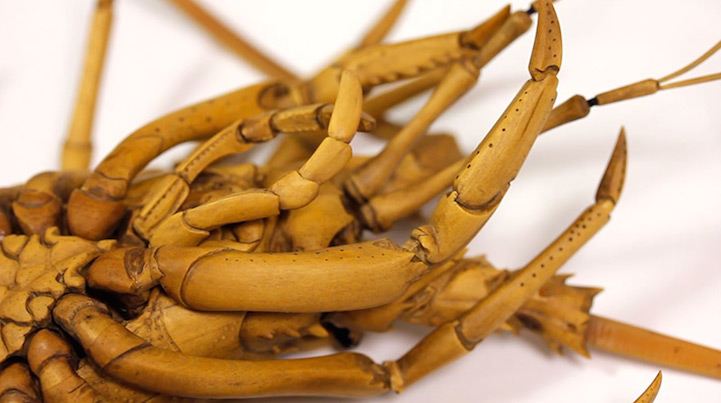 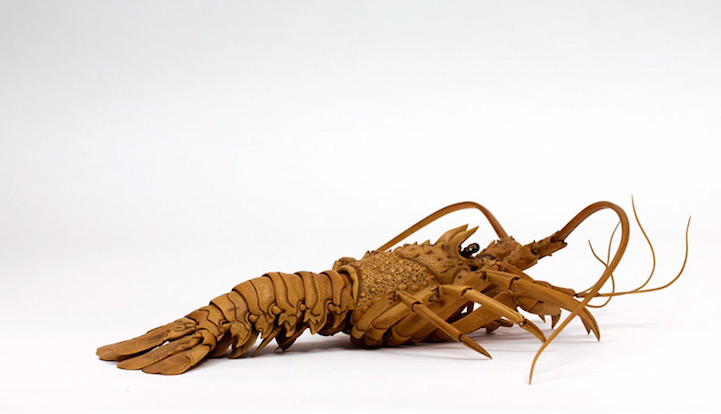 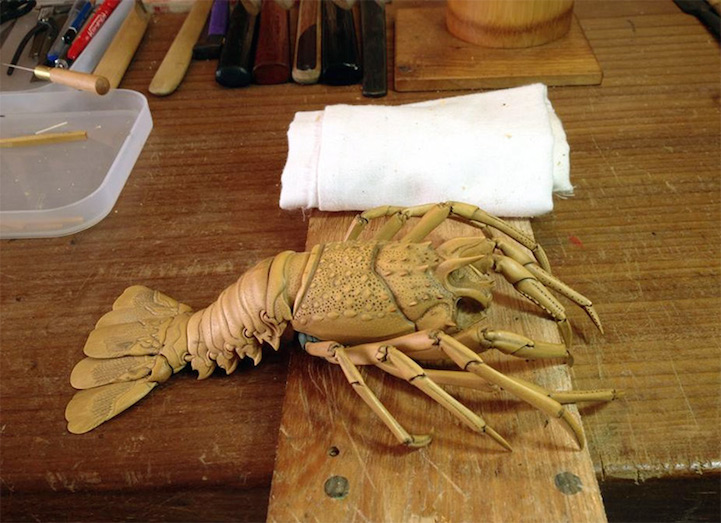 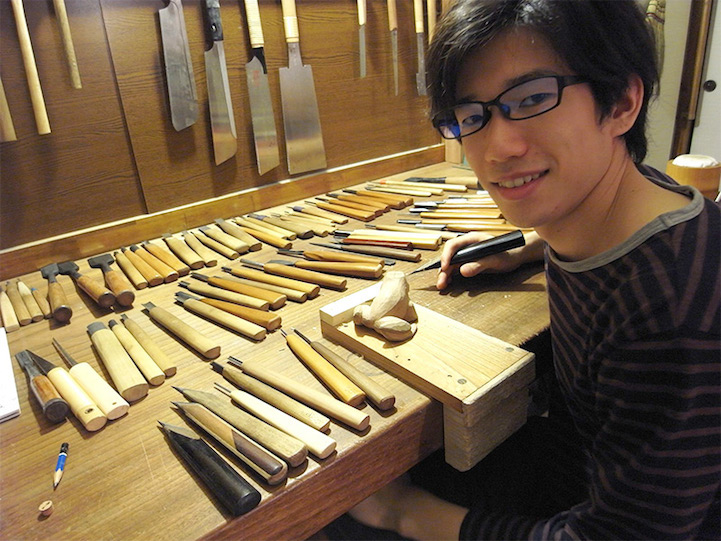