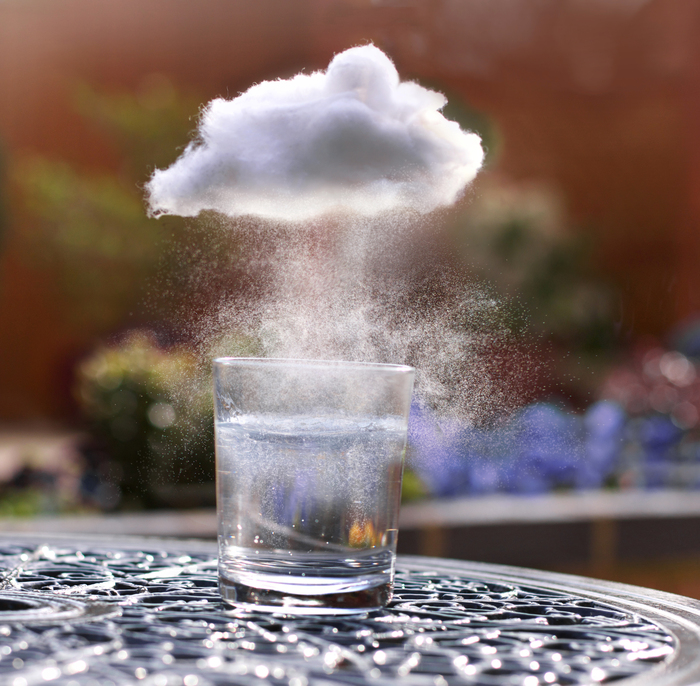 London-based photographer Sarah Ann Wright says she shoots “fun and dreams.” Though she’s skilled at capturing everything from landscapes to portraits, it’s her quirky conceptual photos of clouds that caught our attention. The miniature white masses seem to magically float over a glass cup and a pair of hands as they send down showers and snow.

‘With these images, I wanted to capture as much in camera as I could, as it adds to the realism, rather than relying on Photoshop too much later on,” Wright tells us when we asked her how she created these photos. “Everything you see in the images is real, bar the snow falling, which is a snowfall texture layer in Photoshop. The ‘rain’ in the glass is actually hairspray, and the snow in the hands is fake snow – the kind you mix up with water.

“The clouds are made from cotton wool, the pleats of which you usually buy at pharmacies to wipe your face with. By using a tripod, I made sure that nothing in my setup and composition really moved, which made it easier to erase unwanted parts from images later. To get a floating cloud, I first took a picture of the glass and hands holding snow by themselves, then held a cloud over each and took a second image. In Photoshop, I used layer masks to erase away my hand so the cloud appeared to float. I then took another image spraying hairspray into the glass, and again erased it away to get the rain. The falling snow was added by moving my hands slightly to get some to fall out. The final touches were some dodging and burning on the clouds to get them to stand out a little more, and the images were done.” 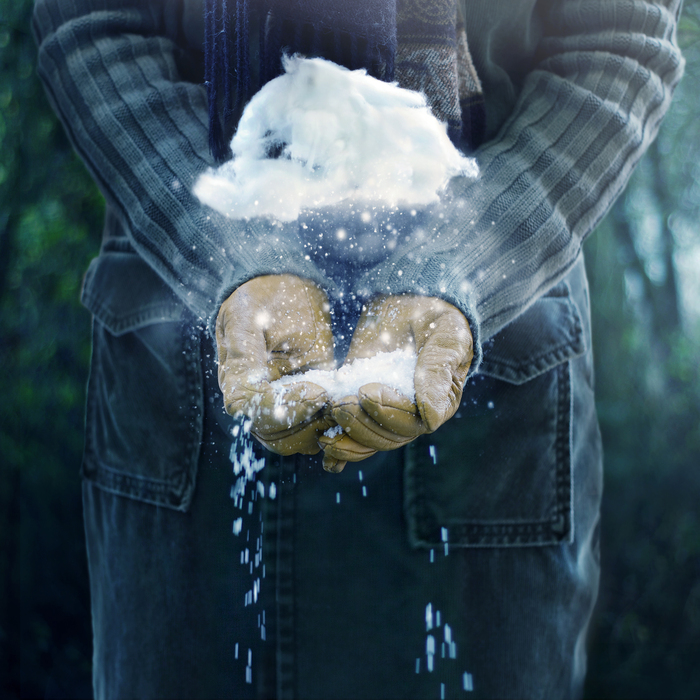