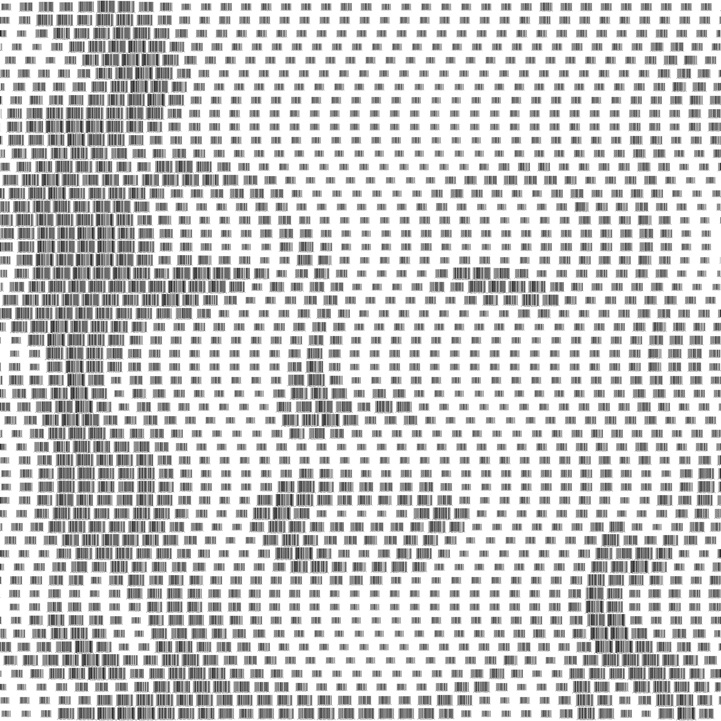 Celebrities and pop culture heavily impacts each and every one of us, whether we realize it or not. We are constantly being marketed to as shoppers on the hunt for the next great thing. Iconic figures like Elvis Presley and Madonna, though entertaining, could simply be seen as figurative representations of albums and other goods an audience would pay for. Essentially, as consumers, we might as well be seeing a bunch of barcodes. Innovative artist Scott Blake realizes this mass consumer culture in his series of works known as Barcode Art that seem to expose the business end of celebrities and their marketability.

Each large-scale picture incorporates thousands of barcodes of purchasable items specific to each subject to make up their personal portrait. For movie stars like Bruce Lee and Arnold Schwarzenegger, Blake uses barcodes from each of their movies to construct their visual representation. For influential pop artist Andy Warhol, the barcodes of different Campbell's soup cans are used, giving a nod to the iconic artist's Campbell's Soup Cans series.

No matter who the subject is or what products are used to create their visage, each piece is executed diligently. There is clearly a keen thought process that goes into the planning for every work. Rather than uniformly constructing the portraits in a grid-like form, Blake presents each image with a unique design. While the construction of the physical image is highly impressive on its own, there is another element to the artist's series of works that take it to another level. All of Blake's barcode artworks are scannable. This interactive component to the work incorporates visual aids. For Marilyn Monroe, depending on the barcode that's scanned, an accompany clip from the movie will play on a screen beside the work. Check out the video, below, to see some of these works in action.

We were also lucky enough to get in contact with Scott who was kind enough to answer a few questions. Be sure to read that brief interview at the bottom of this post. 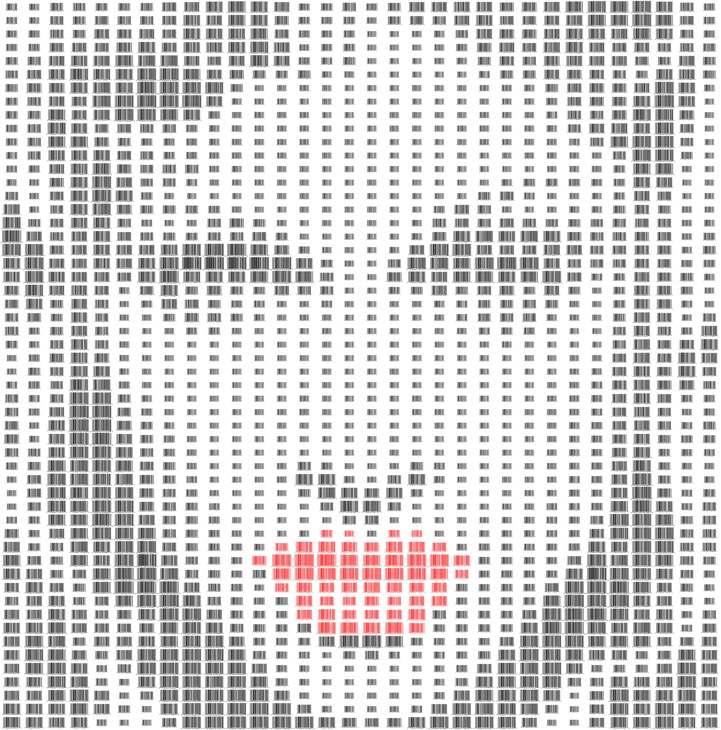 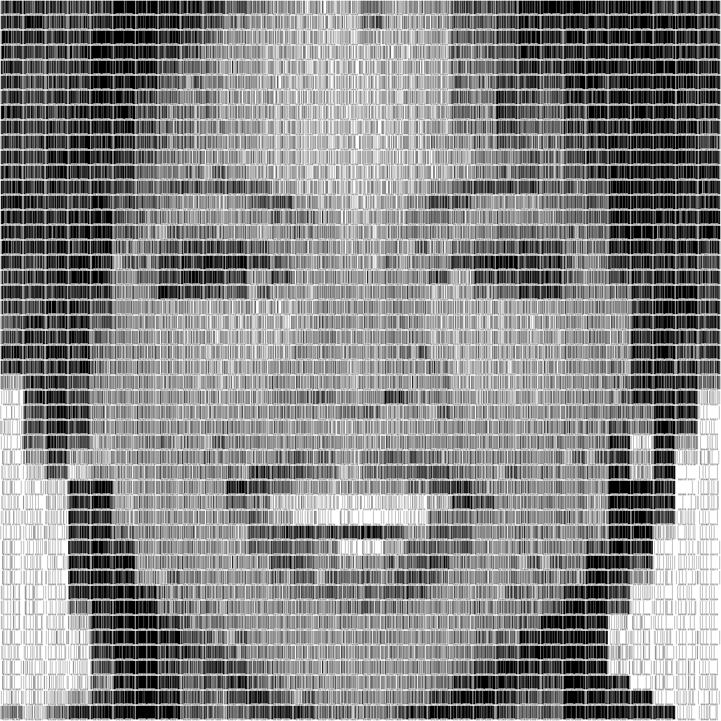 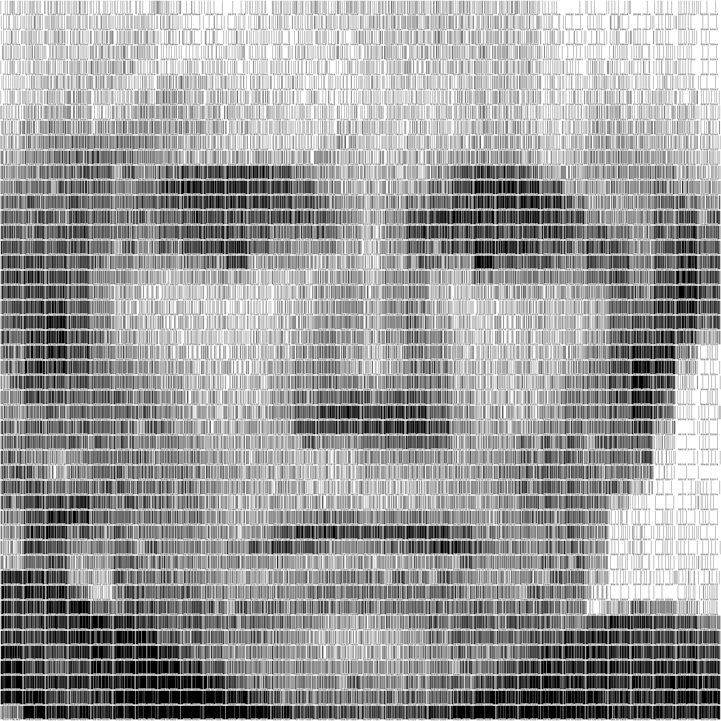 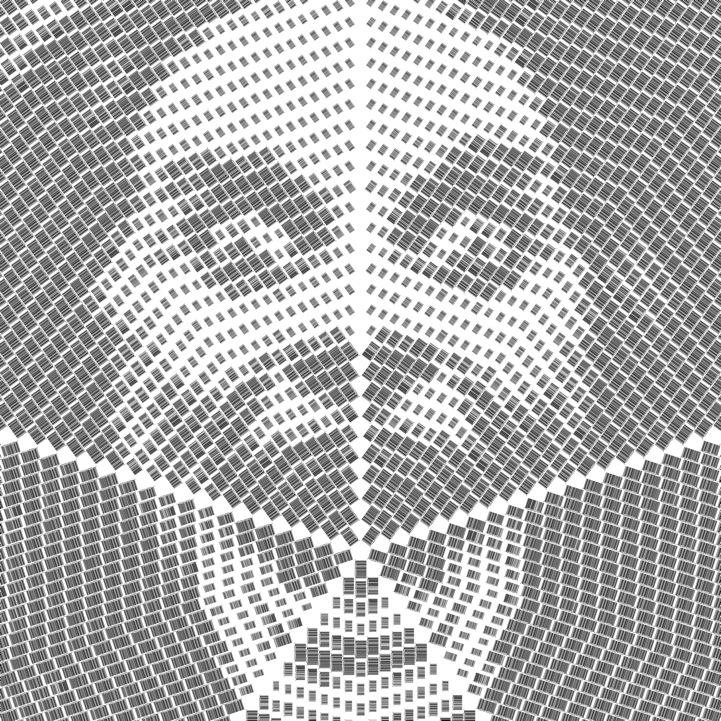 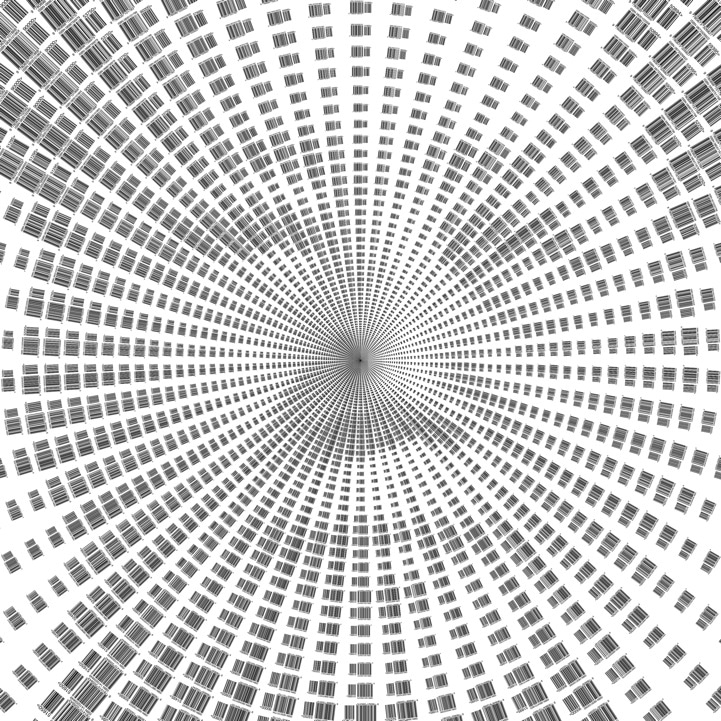 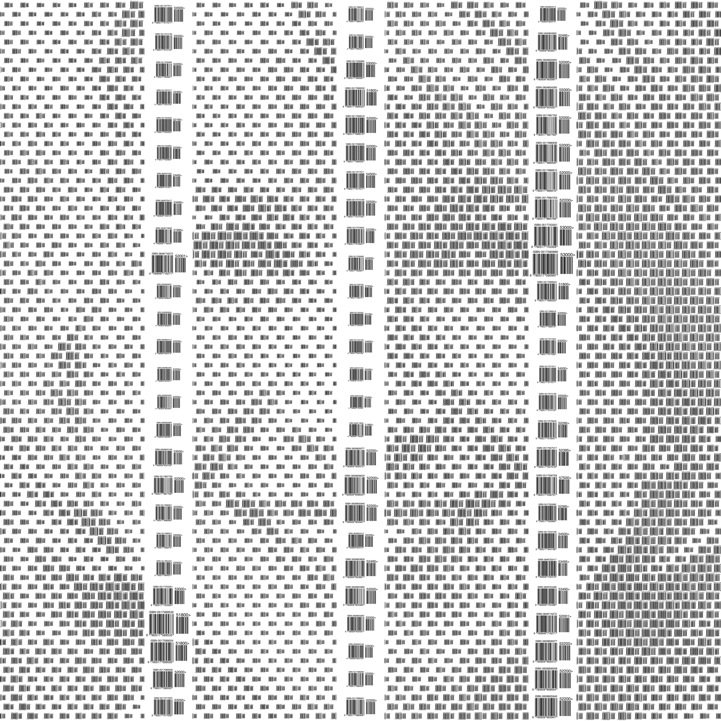 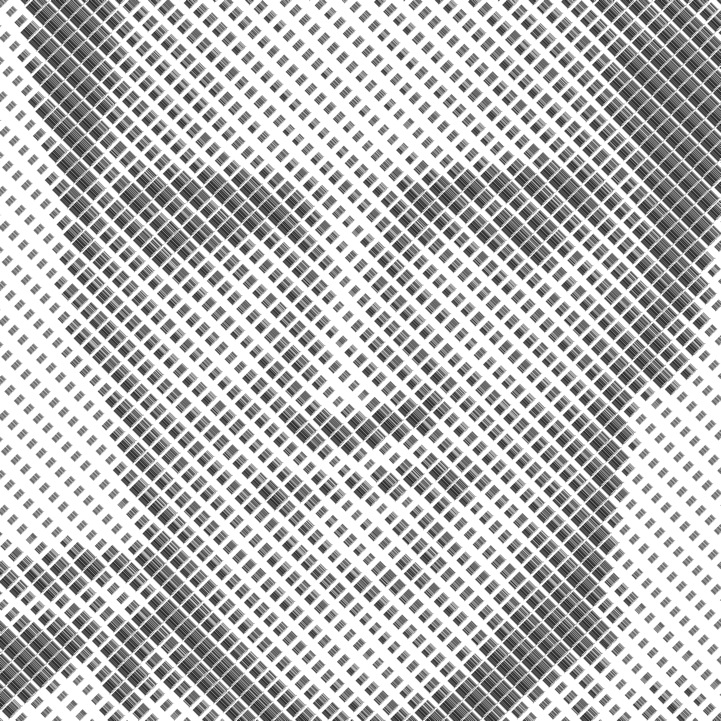 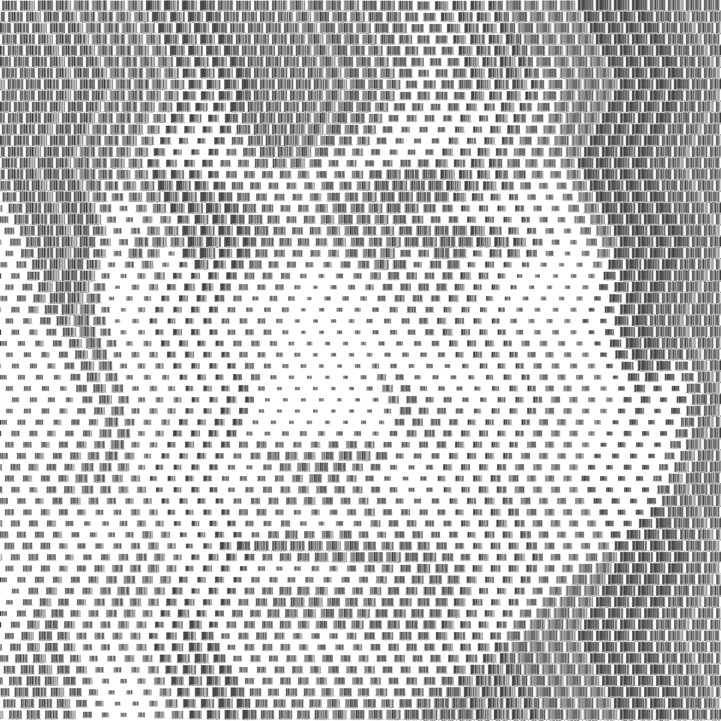 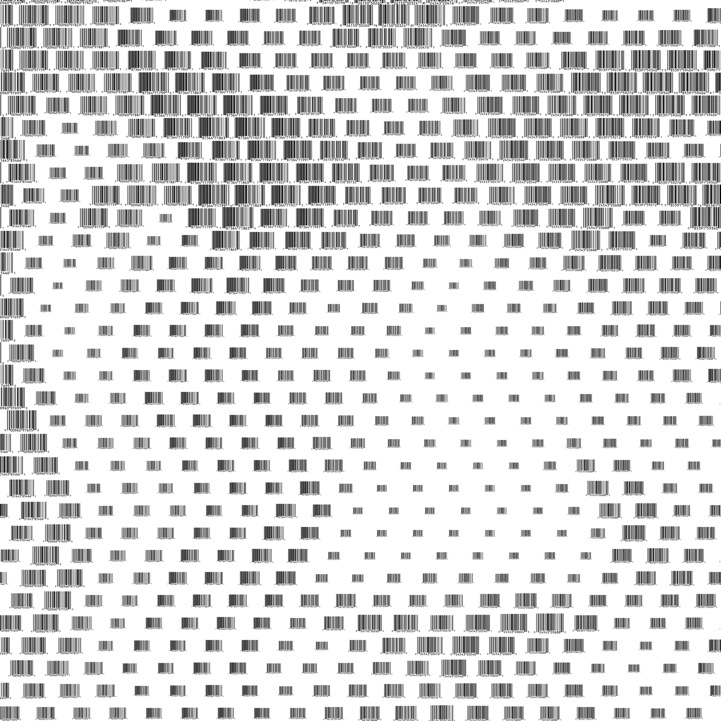 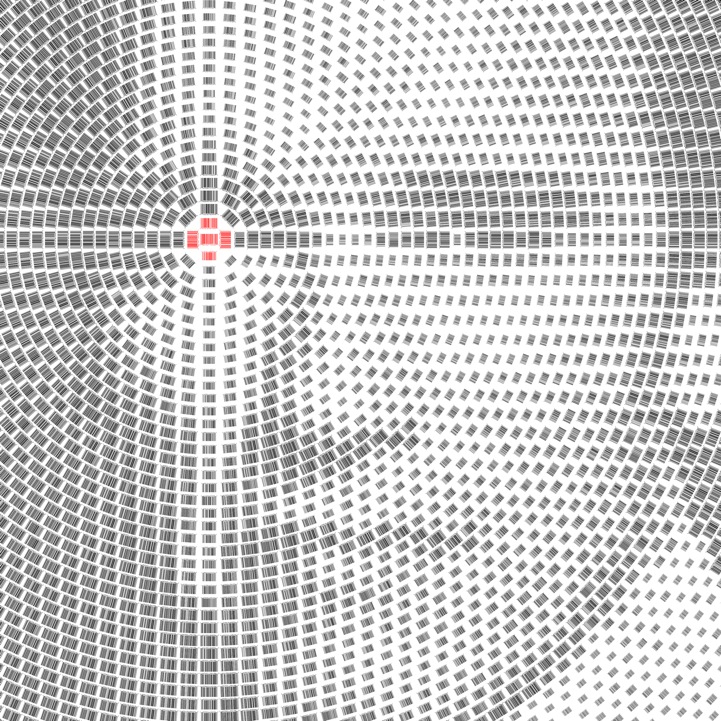 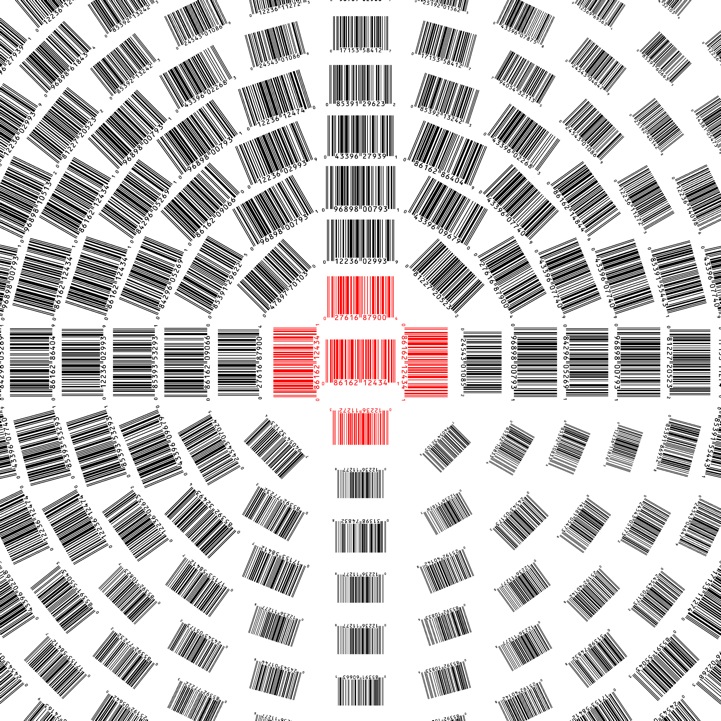 What inspired your barcode art?
I was originally inspired by the Y2K computer bug back in 1998. It was the end of the world all because of zeros and ones. I was experimenting in Photoshop, creating halftone patterns similar to Roy Lichtenstein's dot paintings, when I stumbled upon and line pattern that looked like a barcode.

How do you choose your subjects?
I used to only do celebrities that could be identified by one name: Jesus, Oprah, Madonna, Warhol. Lately I've become more interested in less famous people and would rather focus on highlighting causes I support instead of challenging things I do not care about.

How long does it usually take to create one of your pieces?
It takes me around 40 hours to make the digital mosaic and an additional 40 hours to create the interactive barcode scanning interface.