Actor Sean Bean Has Died 23 Times on Screen, Announces He Won’t Be Doing That Anymore 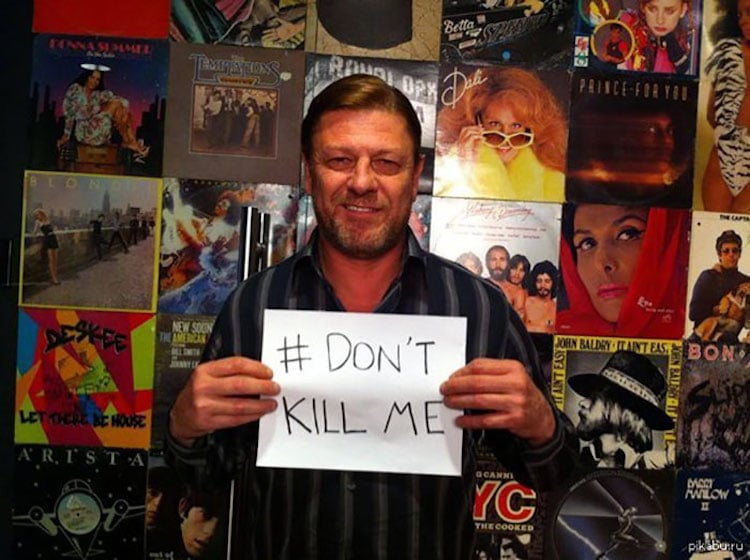 Actor Sean Bean has died 23 times. Not in real life, of course, but in television and film. You might know him as Ned Stark from Game of Thrones, when he [spoiler alert] died a dramatic death at the end of the first season. But, that's only one of 22 other times when he has met his fate. This morbid repetition has gotten old for the actor, and he's doing something about it. Bean recently announced that he'll now reject roles in which his character meets his demise. “I’ve played a lot of baddies,” he recalled, “they were great but they weren’t very fulfilling—and I always died.”

Bean is so well known for dying that there have been many memes made highlighting this fact. One calls him a “walking spoiler” because you know when you see him on the screen that at least one person will die—Bean. Another meme gives Y.O.L.O. a whole new meaning: Y.O.L.O.S., or You Only Live One Season, referring to his short-lived role as Stark.

As entertaining as the memes and the #DontKillSeanBean hashtag are, Bean's stand has proven effective. He was offered the role as Douglas Bennett in an upcoming war drama called World on Fire, and his character lives!

His characters have met their fate so many times that there are memes made about him. 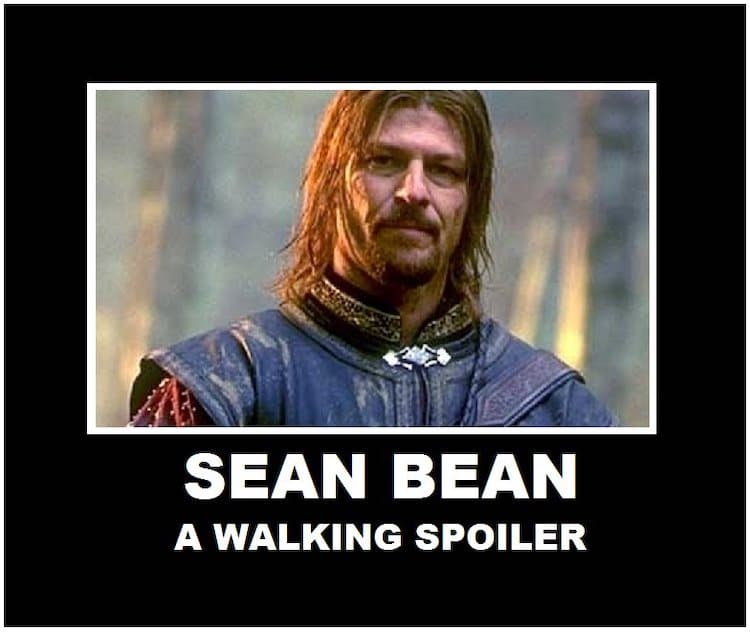 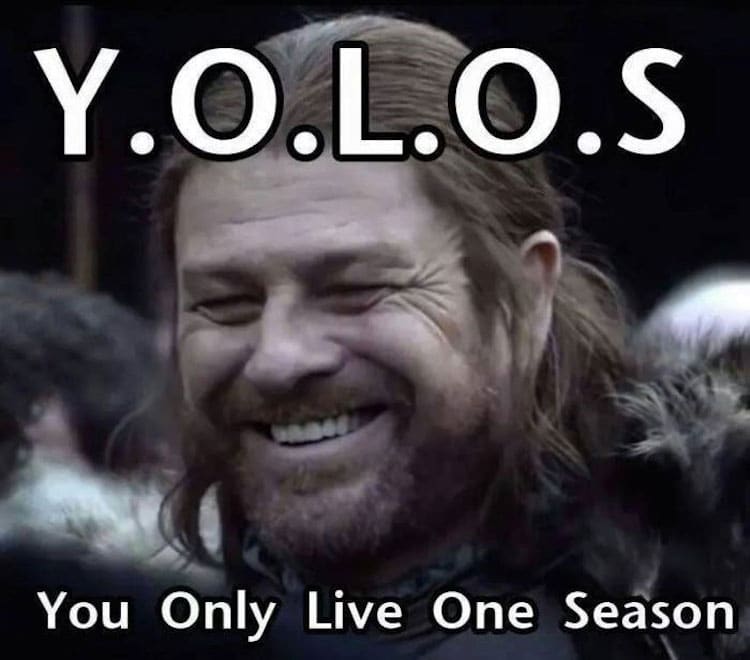 The trend has been so pervasive that Bean has announced he'll reject roles in which he dies. So, you won't be seeing any of this anytime soon: