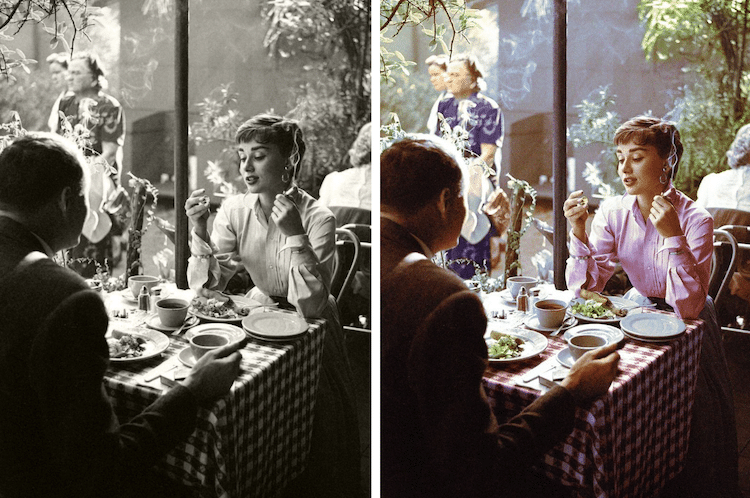 Photographs effortlessly capture a moment in time, distilling it into one static picture that we can appreciate again and again. And while the high-definition images of today are absolutely stunning to see in their sharp detail and vivid color, there is something so fascinating about looking at old black and white photos. It’s as if they offer an exclusive peek back in time, into moments in history that reveal what life was like in years long past. Black and white film takes everyday moments and cloaks them in foreign novelty, as if they occurred in some distant universe rather than our own not-too-distant past. But what would it be like to see those photos in color?

French artist Sébastien de Oliveira answers that curiosity by colorizing old black and white photos from before color film was even an option. Gathering his subjects from museum and internet archives—as well as the occasional old negative found at a friend’s place—his creative pastime combines his passion for painting, photography, and history. The resulting images seem to come to life, looking as if they could have been snapped just yesterday (aside from a few obvious visual cues). His colorful reproductions seem to offer a more intimate view of the past, removing the black and white veil of distant curiosity and revealing something more familiar.

“What inspires me the most is not only the search for a beautiful black and white image to colorize but the collection of color photos that become a reservoir of references for me,” de Oliveira tells My Modern Met. “Autochromes from the frères Lumière are the most beautiful thing, something in between painting and photography. The real colors of the past are the most touching for me, and it is what I try to reproduce in my colorizations.”

Scroll down to see some of de Oliveira’s stunningly colorized old photos. For more, follow the artist on Instagram.

Circus Girls in Sarasota, Florida, by Nina Leen in 1949

Young Actresses Having a Sunbath During the Cannes Film Festival, 1955 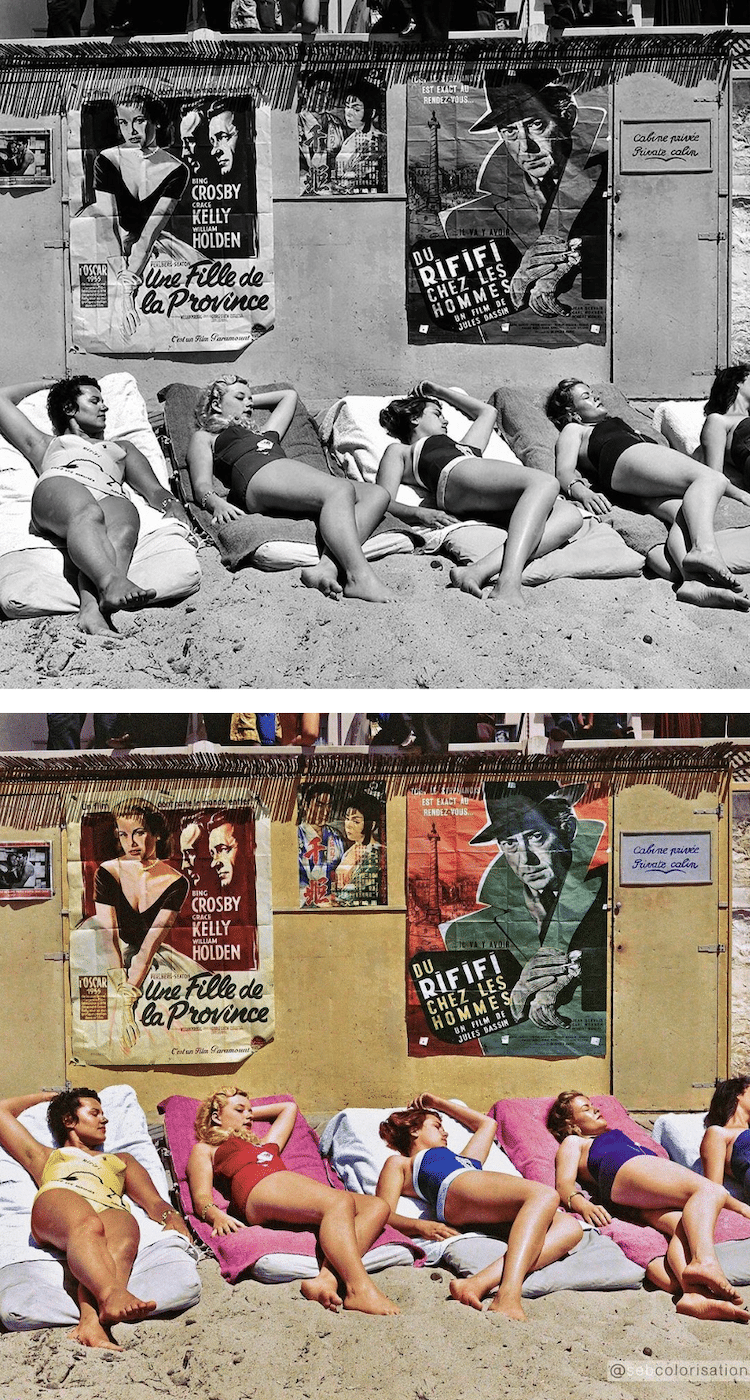 Rita Hayworth, Eating on the Beach, 1947 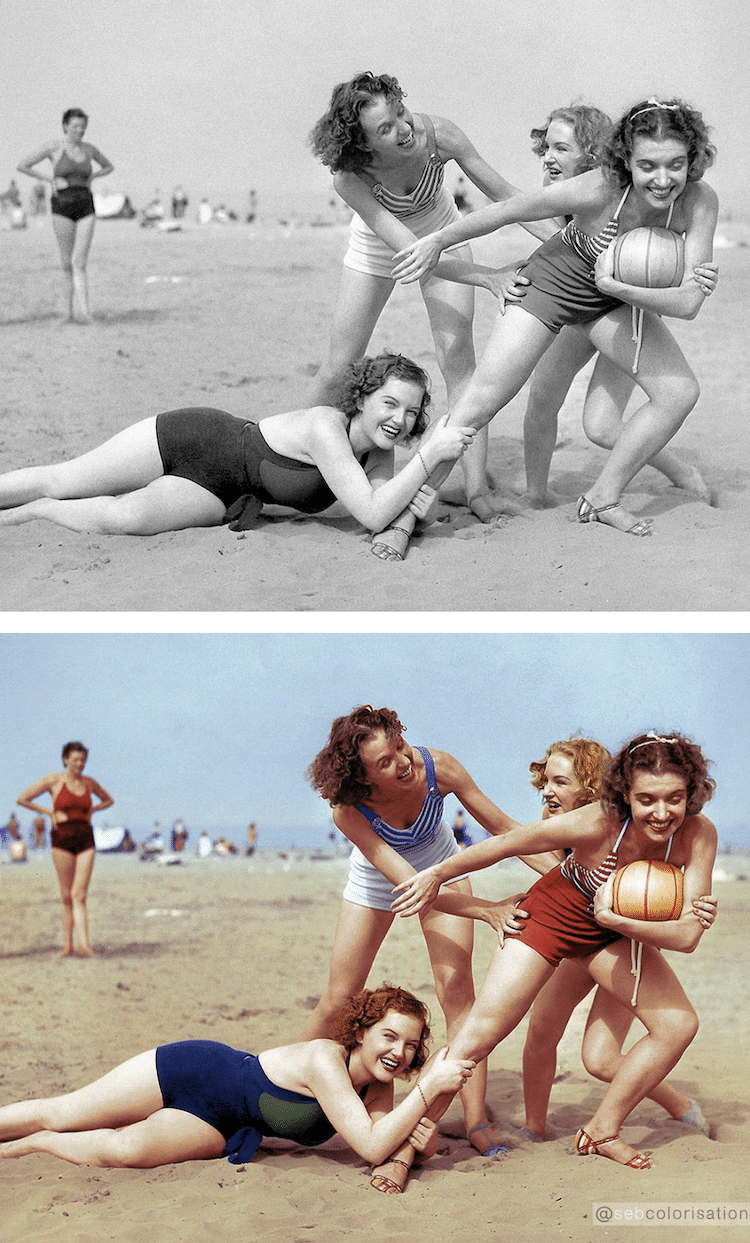 Diving From the Iena Bridge, Paris, by Robert Doisneau, 1945 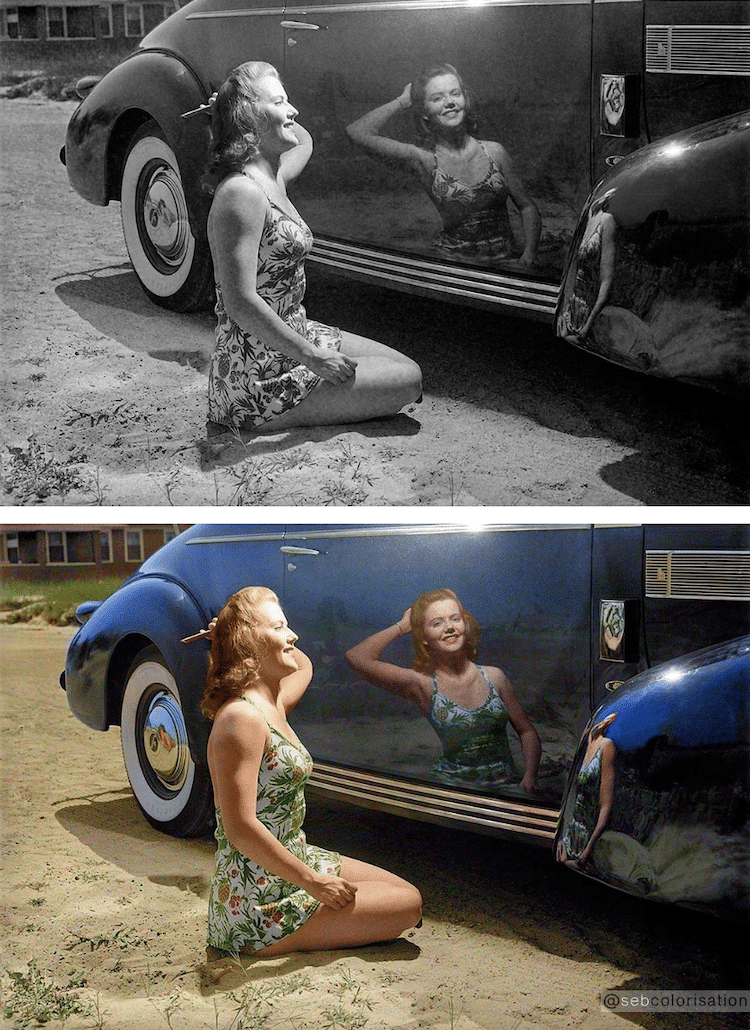 Marilyn Monroe Reading a Script in 1954 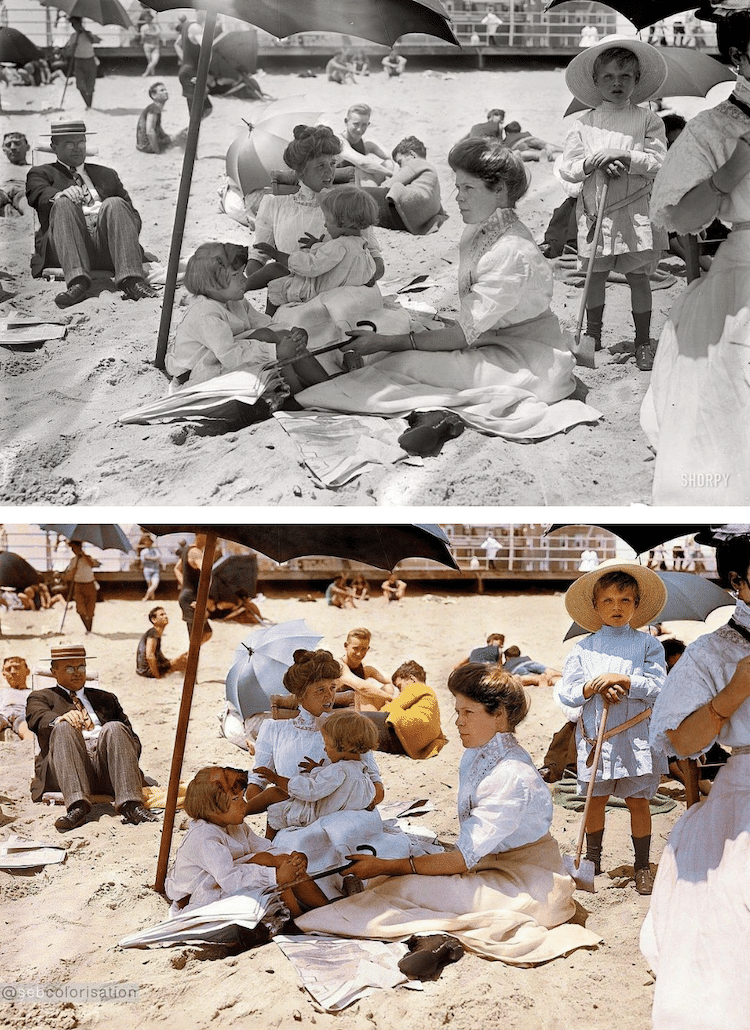 Spectators at a Race in Worthington, Maryland, by Marion Post Wolcott, 1941

Bar at Central Park in New York, by Marjory Collins, 1942 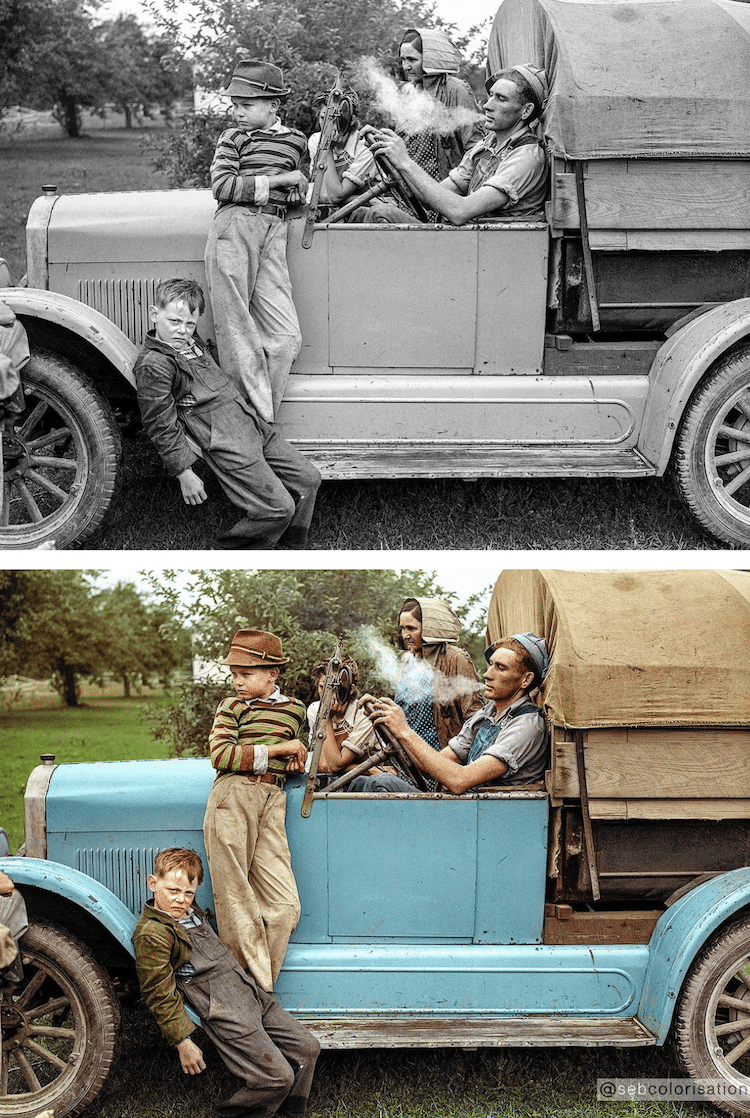 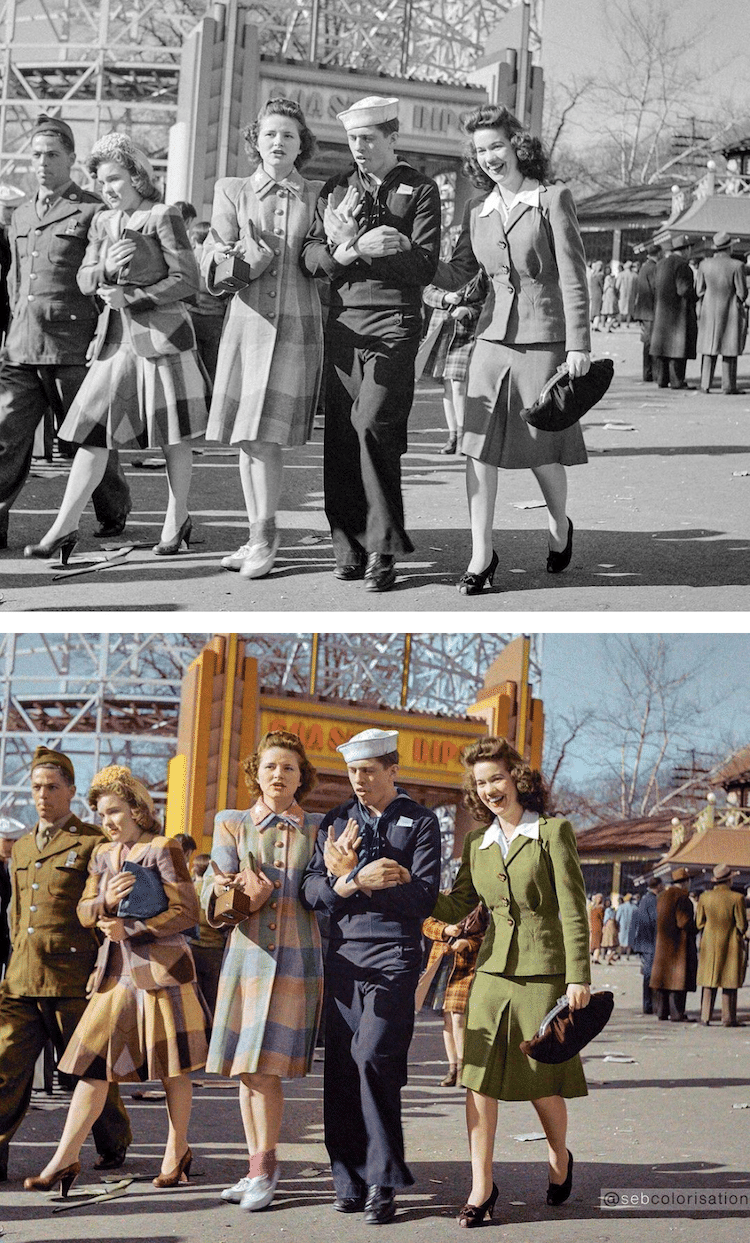 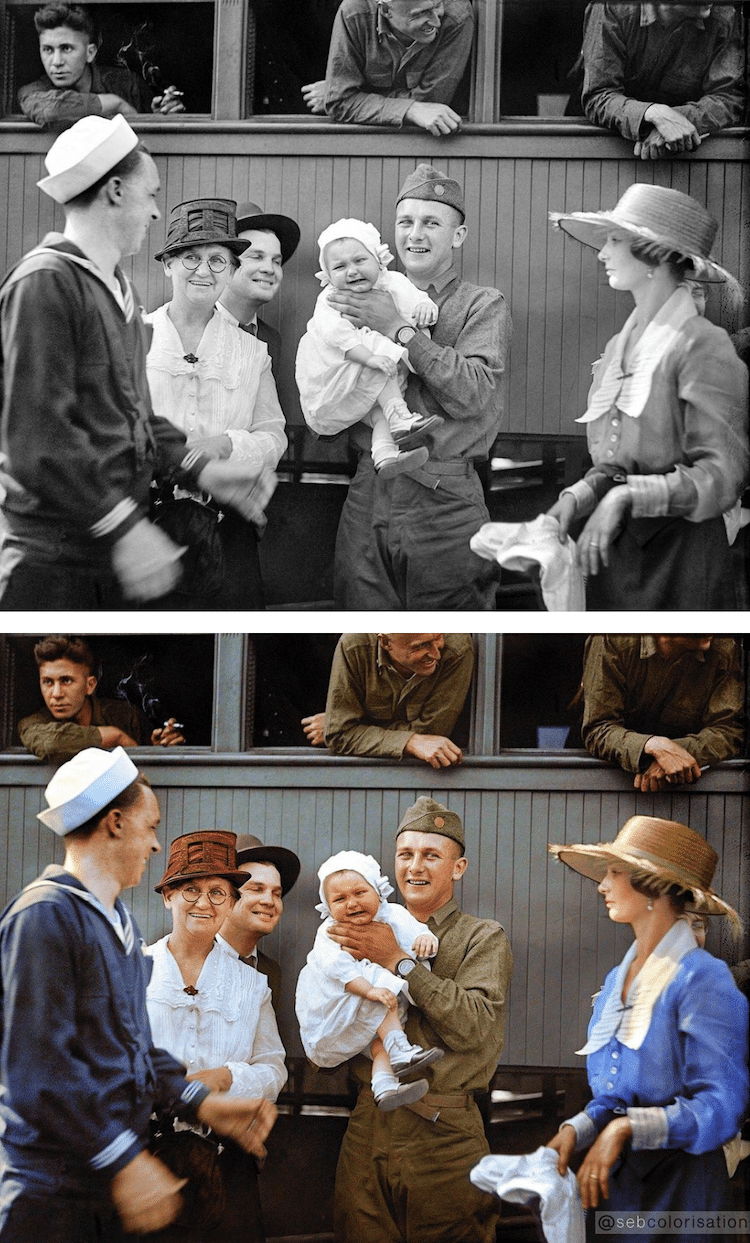 Althea Gibson, Winner of the Wimbledon Championship, With Her Compatriot Darlene Hard, 1957 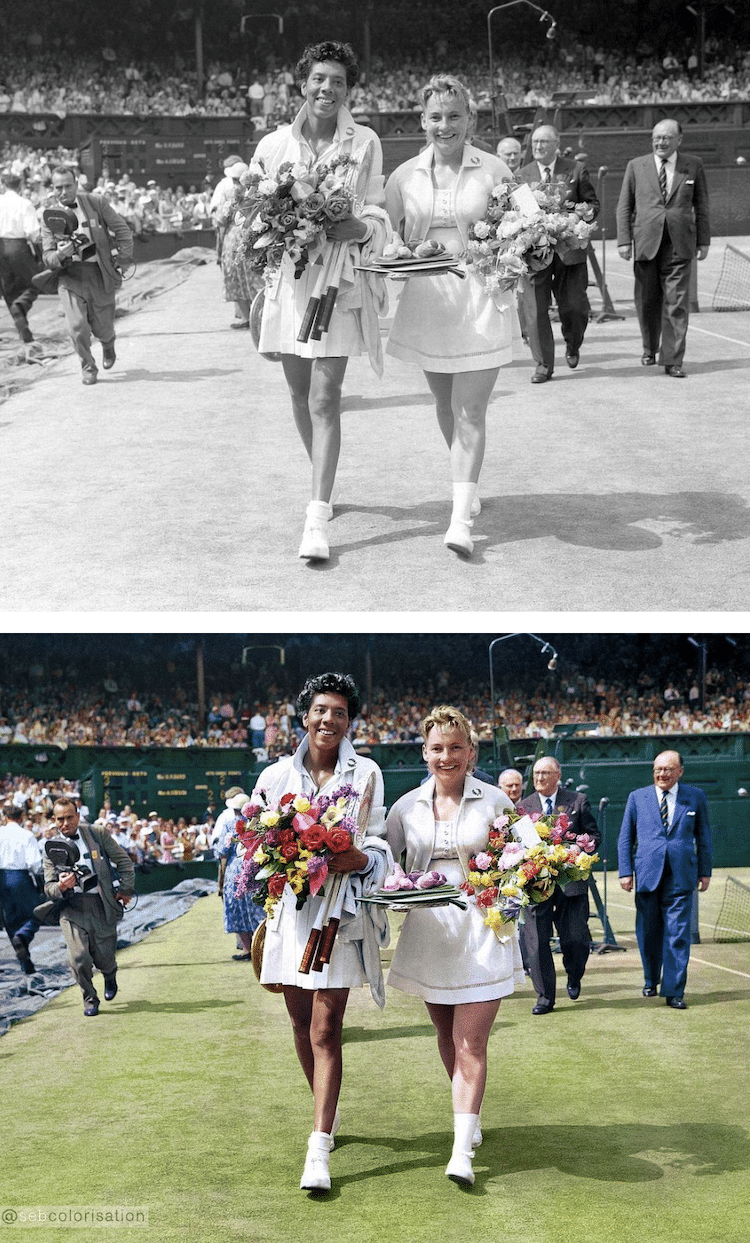 Marilyn Monroe Resting on the Set of The Misfits, by Eve Arnold, 1960 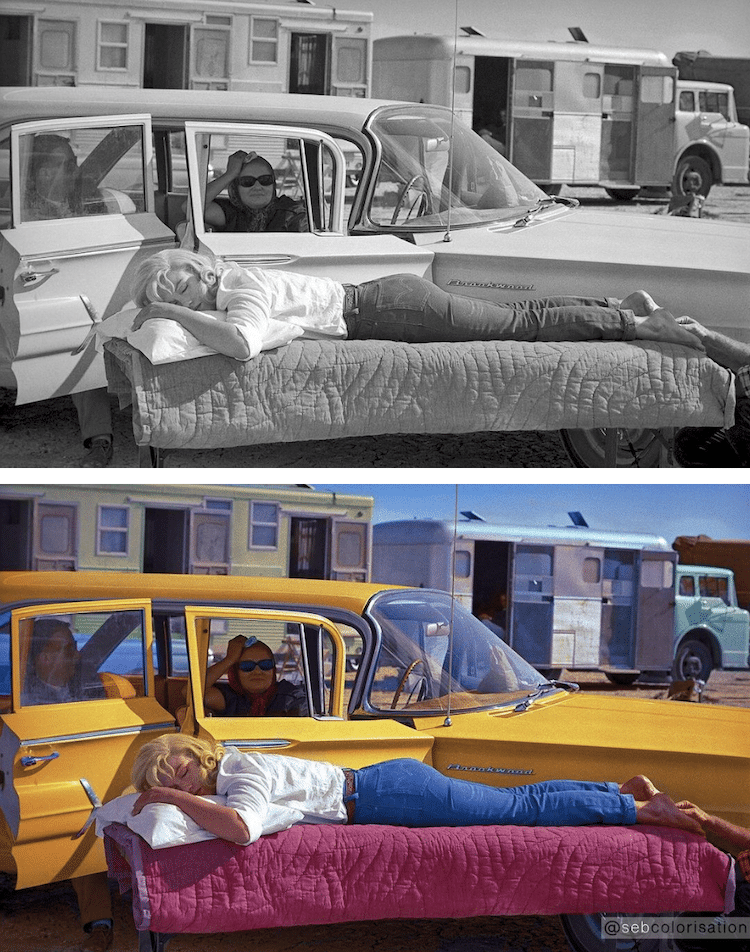 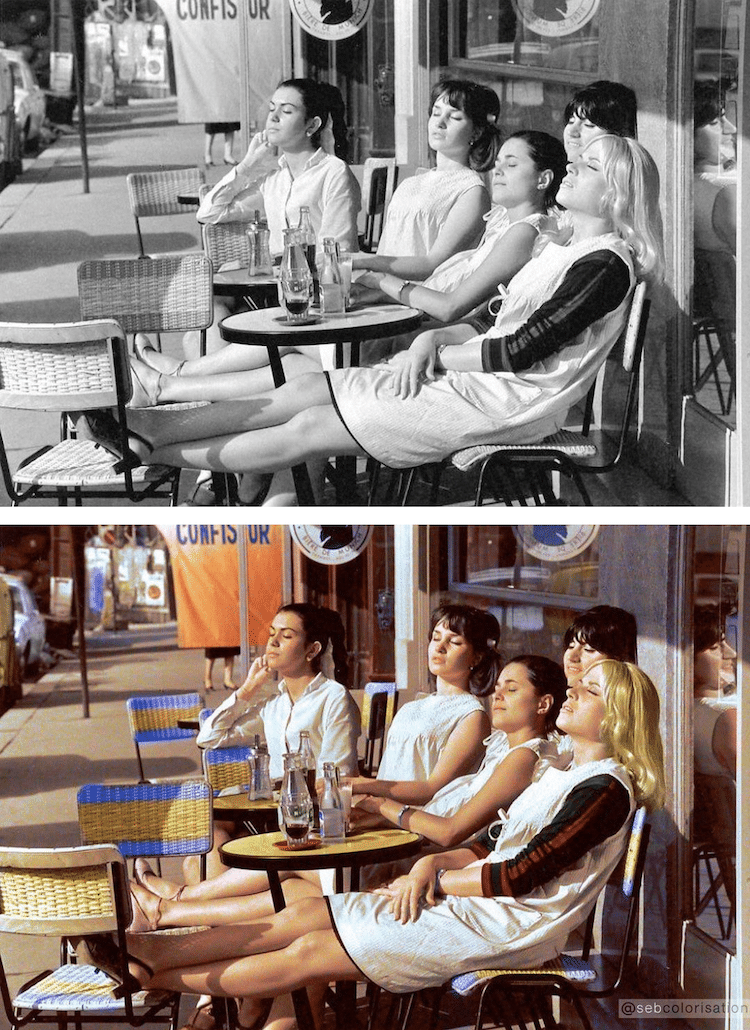