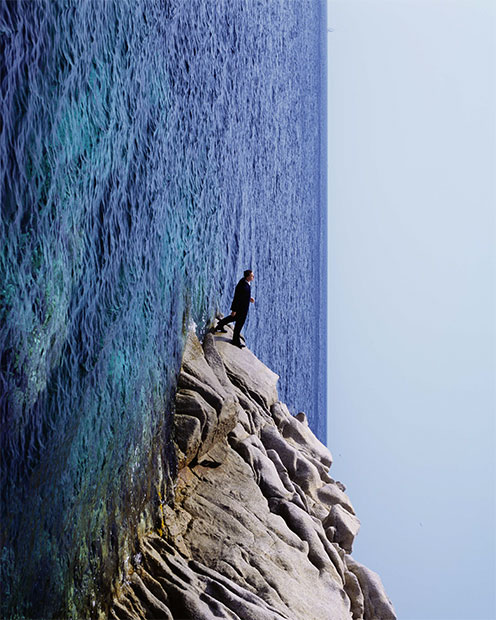 French artist Philippe Ramette believes nothing should ever be fake. His impossible, gravity-defying poses might look like classic Photoshop, but look a little closer and you'll see evidence that it's not. “You see a tension in my hands, my red face is far from serene as the blood rushes to it, my suit is ruffled,” said Ramette.
In France, Ramett's bizarre images have been compared to the work of Buster Keaton and the world of silent cinema. For him, they are a statement about gravity, weightlessness, and man's relationship to the landscape.

He goes to extraordinary lengths to create his implausible set-ups, building hidden metal supports that he calls “sculpture-structures.” Every image is the exact reproduction of one of his drawings; sketches that he considers to be film storyboards, reconstructed by his faithful team while he directs the image. “I never question whether it's going to be complicated,” he says. 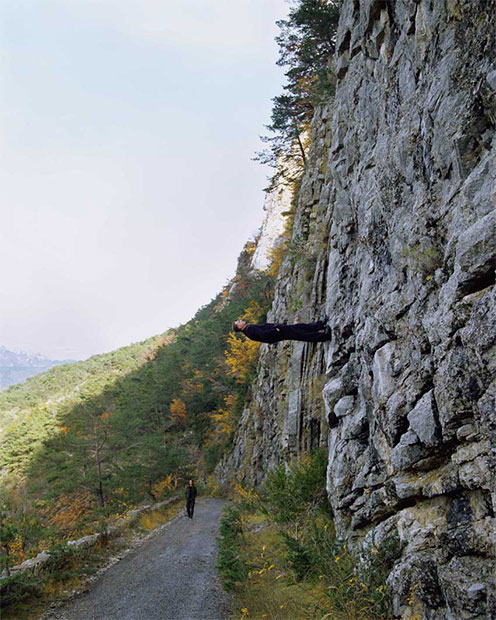 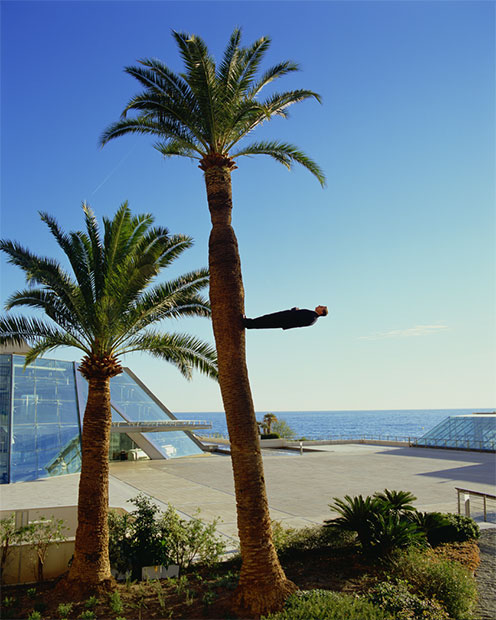 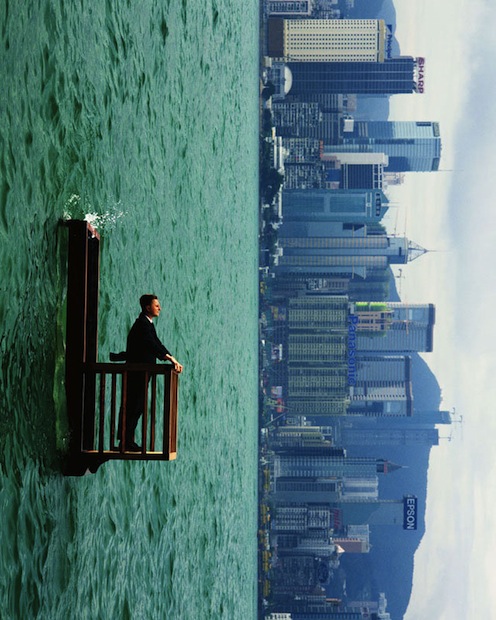 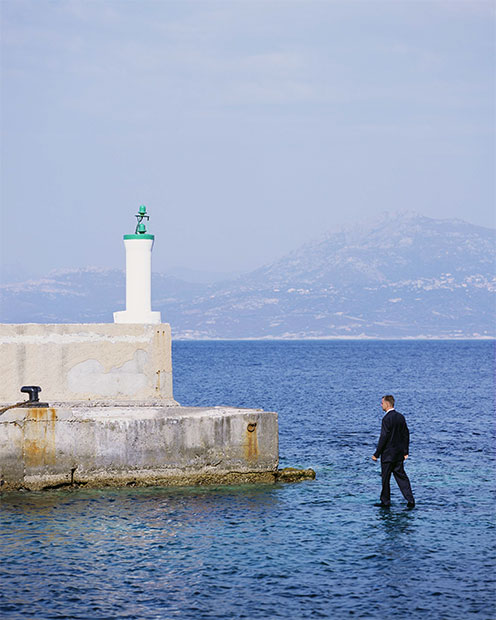 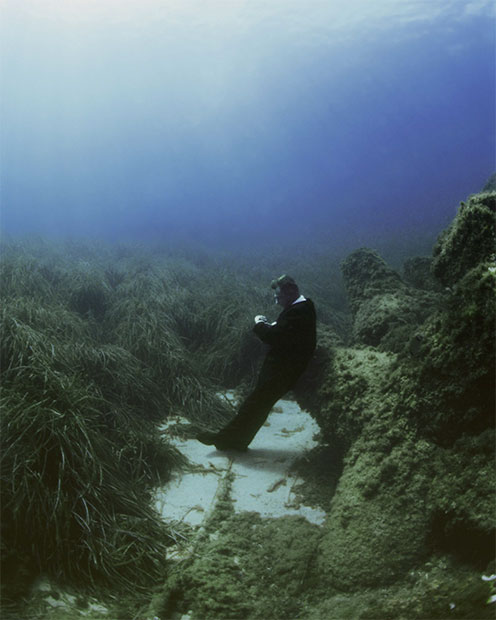 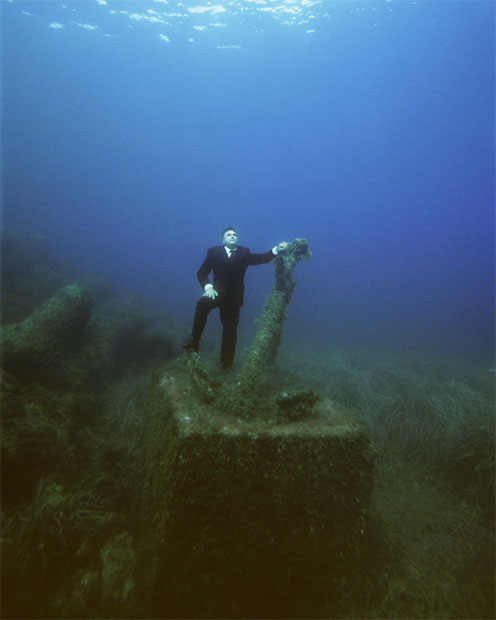 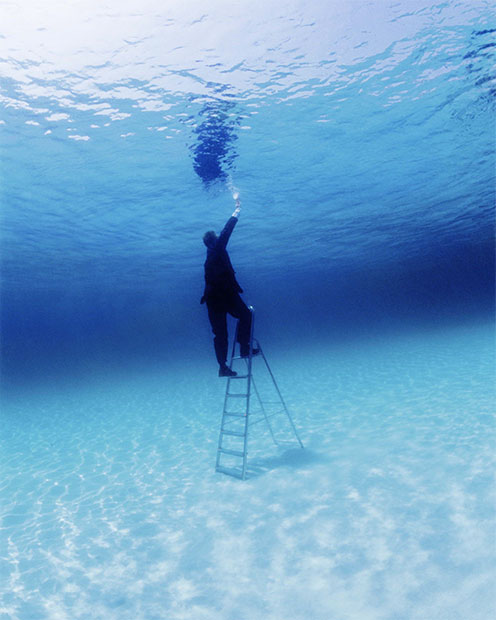 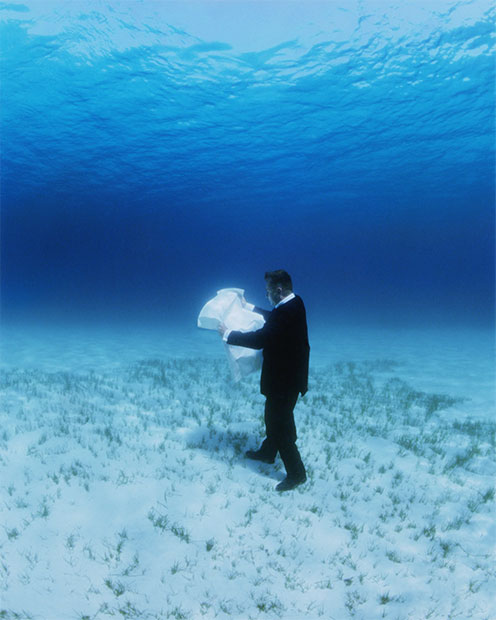 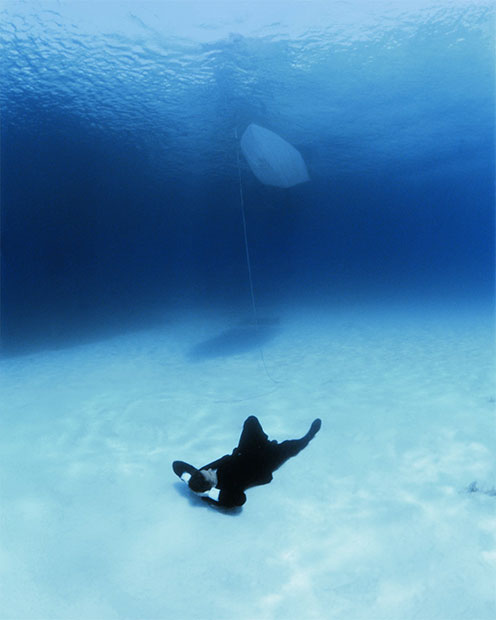