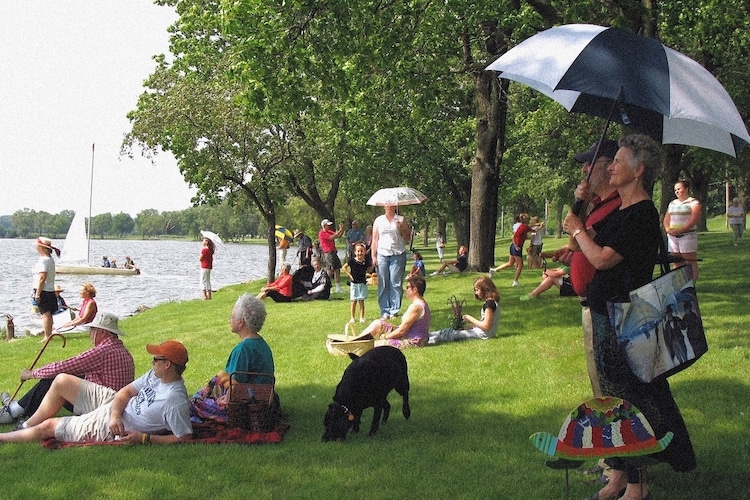 Georges Seurat's 1884 painting A Sunday Afternoon on the Island of La Grande Jatte has remained a favorite of art lovers since its creation. This masterpiece of pointillism shows a group of Parisians enjoying an afternoon on the River Seine—an excellent way to celebrate a riverfront! At least that's what Beloit, Wisconsin's Friends of the Riverfront thought when looking to promote their kickoff event. This led to a recreation of the famous scene using local volunteers. And the final image, though created in 2006, still resonates today.

The idea all started with local photographer Mark Preuschl, who scouted the area in order to find the perfect setting for this modern version of Seurat. After a call for volunteers was published in the local paper, everyone involved was stunned by the enthusiastic response. Extensive research went into the photoshoot, particularly given the large number of people required to create the scene. By involving Civic Theater Director Loren Sass, they were able to devise a system where numbered disks would be laid out on the grass. Each disk corresponded to a person in the original painting, which made it easy to place volunteers as they arrived.

In conceiving this tableau vivant, the organizers wanted to keep things modern. Thus, all participants are wearing contemporary clothes with umbrellas substituted in for the 19th-century parasols. Though the team was organized, they weren't quite prepared for what mother nature threw their way the day of the shoot. Preuschl recalls winds of 20 to 25 mph coming off the river, as well as clouds that didn't allow for the shadows they were so desperately looking for. Luckily, there was a window of about 25 minutes when the sun came out and cast those shadows. It was in that moment, wind or no wind, that Preuschl knew he had to make his move. 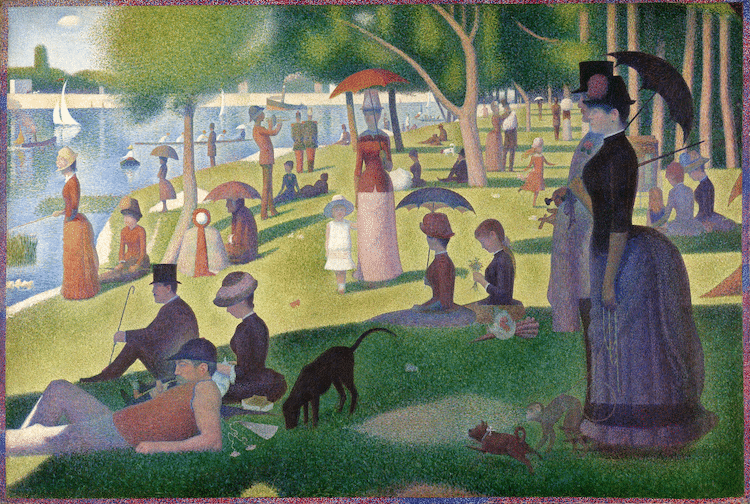 “A Sunday Afternoon on the Island of La Grande Jatte” by Georges Seurat (Photo: Public domain via Wikipedia)

“The wind was still there, playing havoc with the two boats and umbrellas—inverting numerous umbrellas—while crashing the canoe and sailboat into rocky rip-rap along the shore,” Preuschl tells My Modern Met. “If you look at the top of the tree in the center-top of the photograph, you can see how the wind severely bends its branches. We staged about three combinations of people places and re-shot, but the photo I chose to share (and we later chose to use for promotion) was just the fifth frame I shot.”

The image's staying power was proven when the photo recently went viral. It's in incredible testament to the photograph that, 14 years later, it continues to move people. In fact, Preuschl couldn't believe it when his Flickr account, which also shows behind the scenes imagery, received 40,000 page views in just three days.

So why does Preuschl think that people still love the photo today?

“I think it's the real people—no costumes—combined with the painting's impressionism,” he shares. “Great art impresses with a magic that transcends words. Great photos freeze a moment of time that is forever beyond words.  There was ‘magic' that day. I know, I was there. We managed to capture the ‘magical impressionism' that resonates in the original painting, with real people,  at a real place, and in a singular moment.” 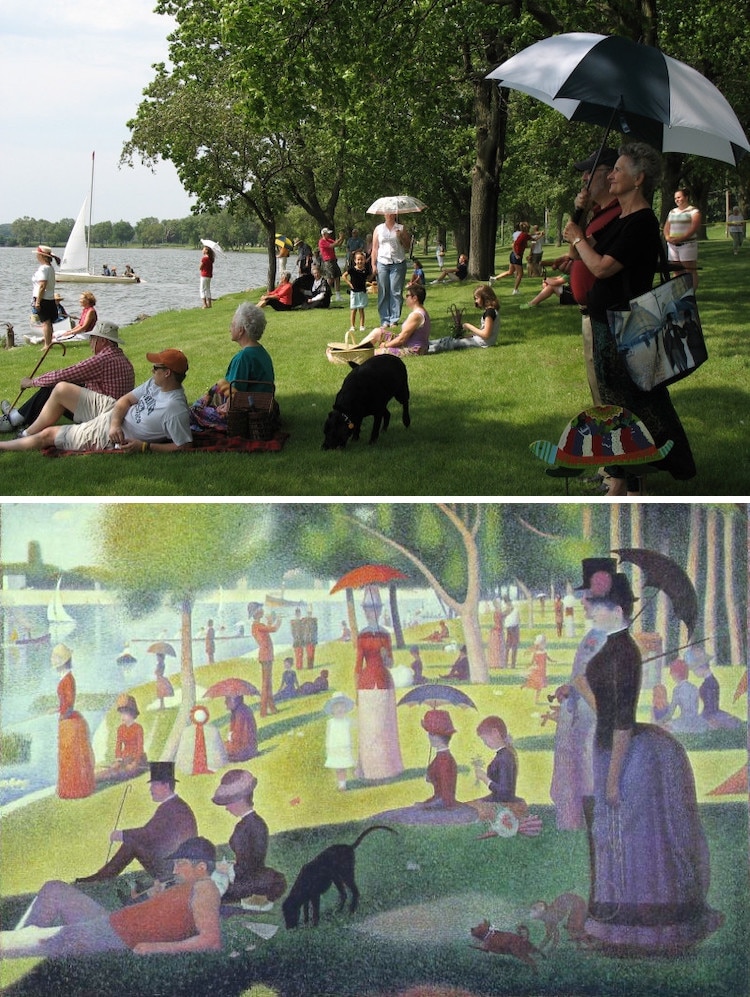