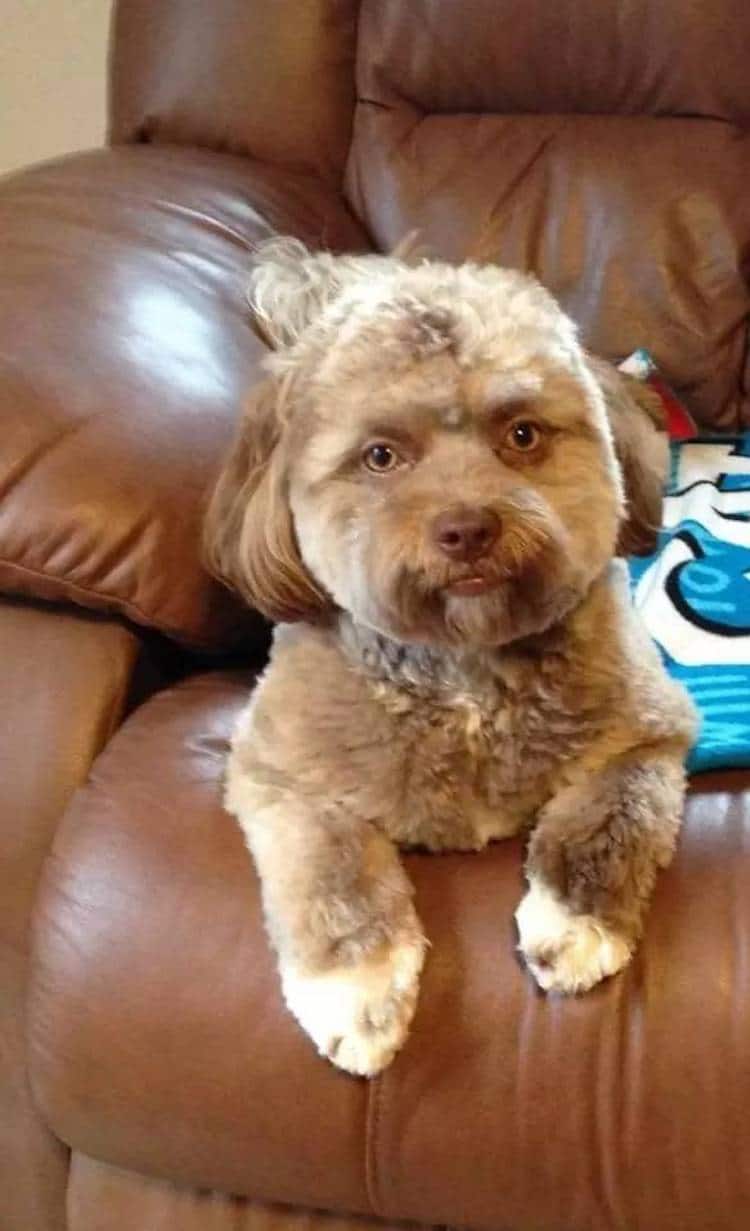 We often treat dogs like they’re people, typically by bestowing them with a human name or offering them a bite of our dinner. But what about when a pup actually looks like a person? You might find it a bit unnerving. Yogi, a 1-year-old Shih-poo dog, recently shook the internet when a photo of him went viral on Reddit. In the image, Yogi gazes directly at the camera with eyes and brows that can only be described as “human-like.” This fact is highlighted because he’s sitting next to his sister Darla, an 8-year-old Shih Tzu who has more conventional features you’d expect on a canine.

Yogi’s viral fame started when his human, Chantal Desjardins, posted the now-famous picture of Yogi and Darla together on her Facebook. Before then, she had never really noticed that her dog has the eyes of grown man. Her friends, understandably, “freaked out” over Yogi’s uncanny looks. Desjardins forgot about the photo until she learned that a “friend’s girlfriend’s brother” shared it on Reddit. From there, Yogi’s features rocketed him to internet fame.

Redditors were stunned by Yogi and their reactions ranged from disturbed to amazement. “Wtf he has the most human eyes I’ve seen on a dog,” one wrote. Another thought it was an “odd face swap,” while someone else gave the most accurate description of Yogi yet. “It looks like Nicolas Cage dressed as an Ewok.”

Despite his undeniable human-like features (primarily his soulful eyes), Yogi is just your ordinary pup who “always wants to cuddle and play.” He remains unaware of just how unusual his fuzzy looks are.

Meet Yogi, a one-year-old Shih-poo dog who recently rocketed to internet fame with this photo: 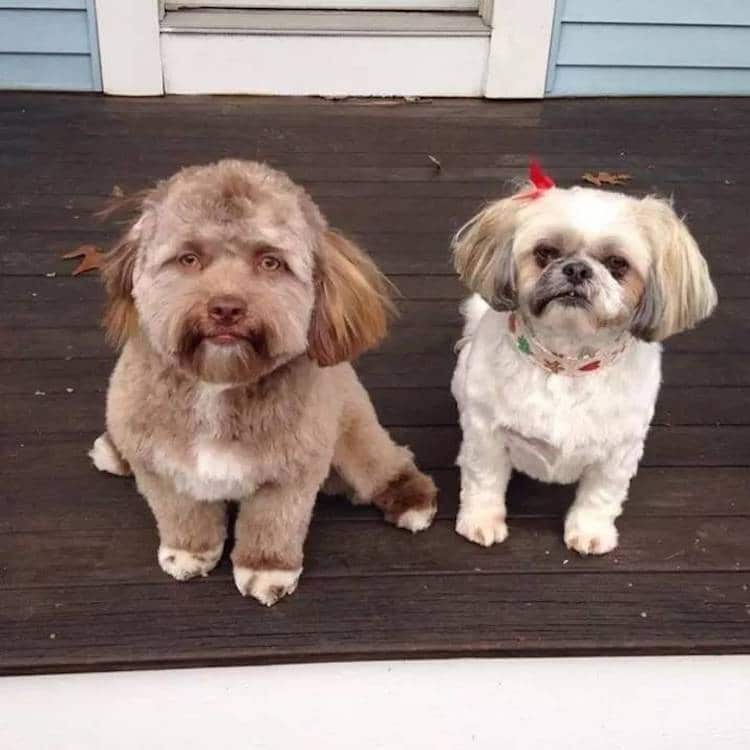 It all started when his human, Chantal Desjardins, posted the picture on Facebook. 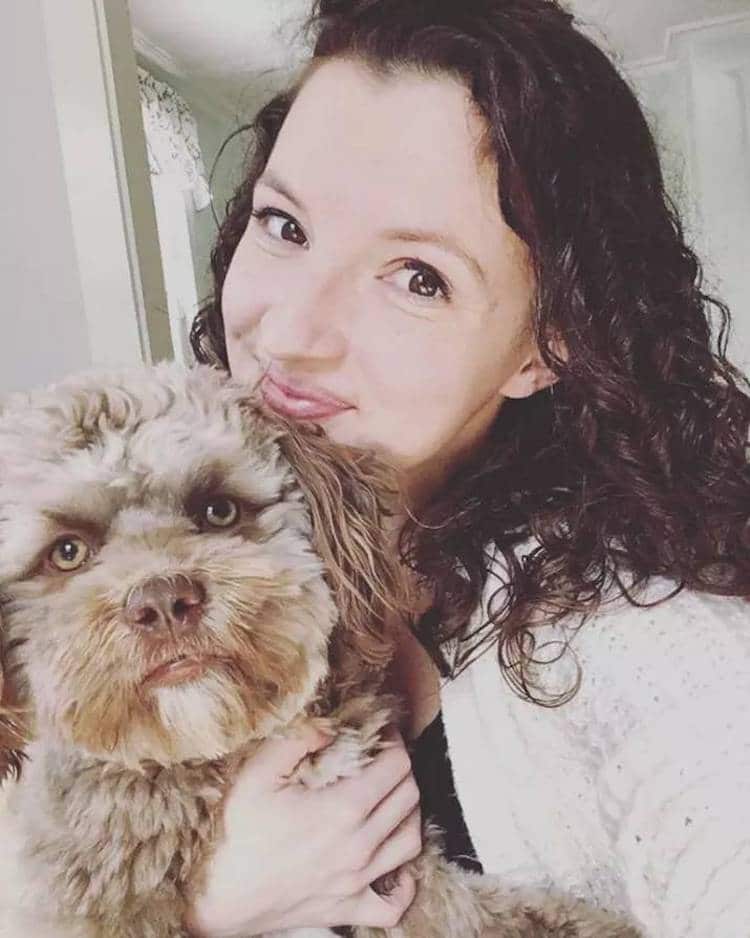 Her friends, understandably, “freaked out” over Yogi's human-like features. 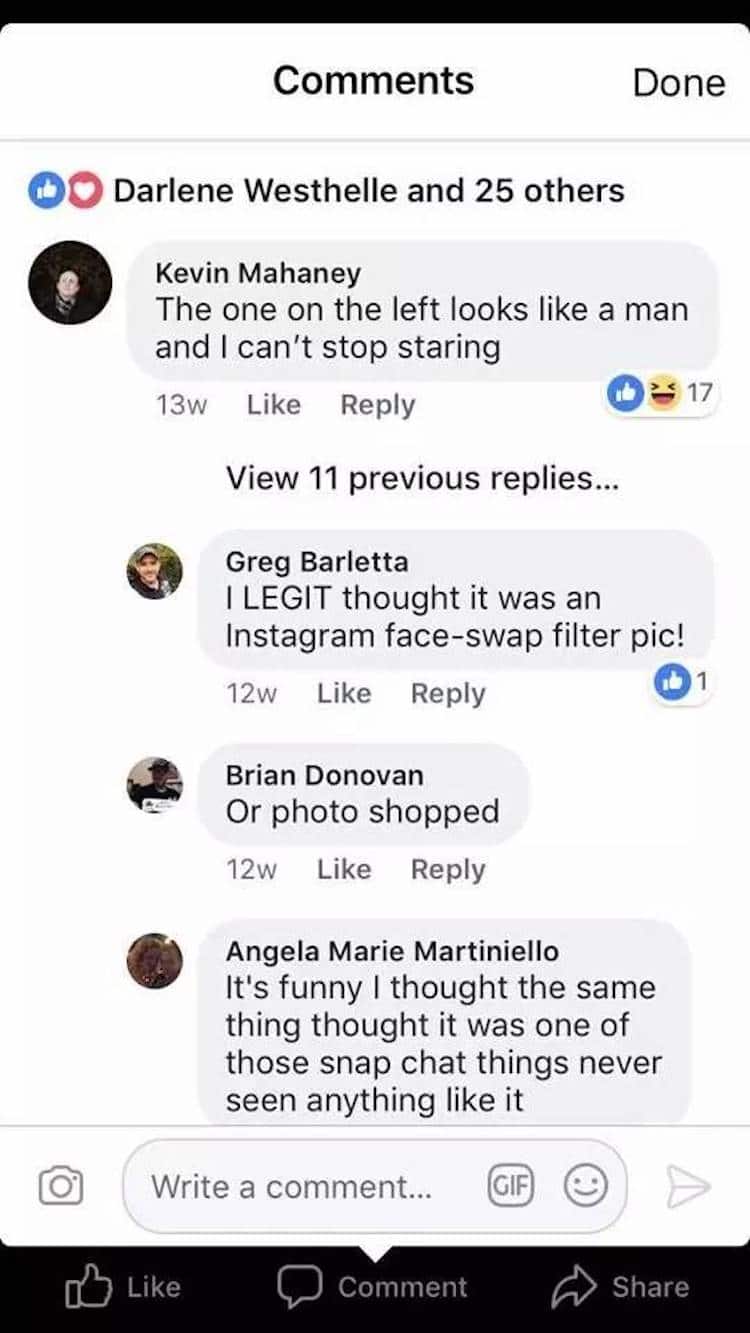 But despite his viral status, Desjardins says that Yogi is your ordinary pup who loves to cuddle and play. 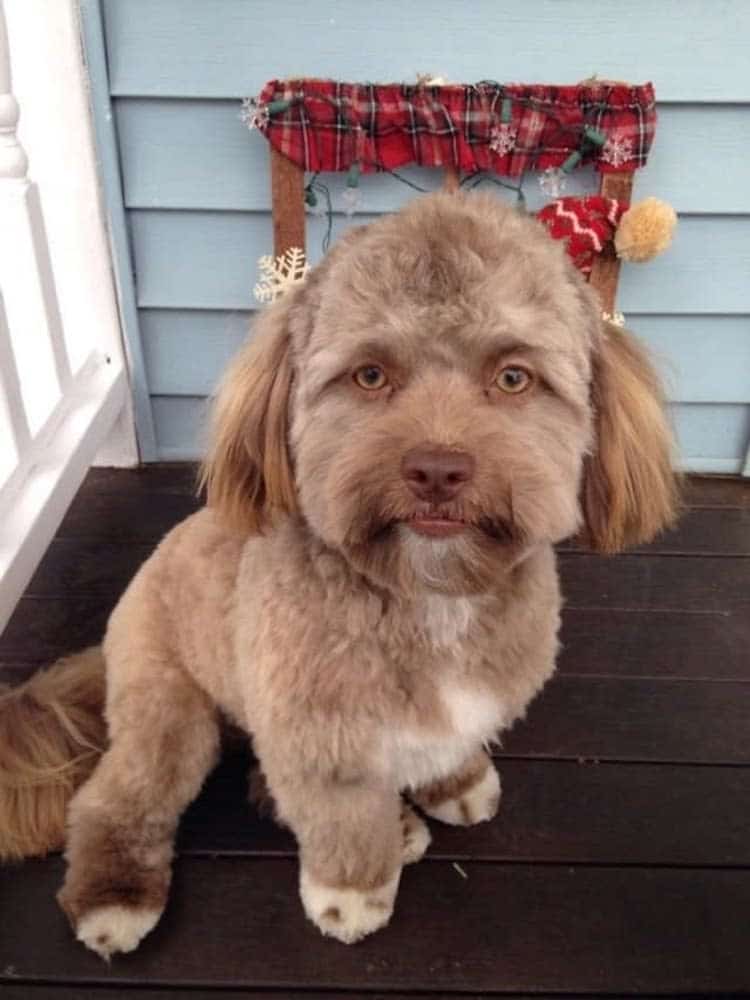 All images via Chantal Desjardins.

Guy and His Beloved Dog Look Alike, So They Dress in Adorable Matching Outfits