The World of Mad Men Through a 21st-Century Lens 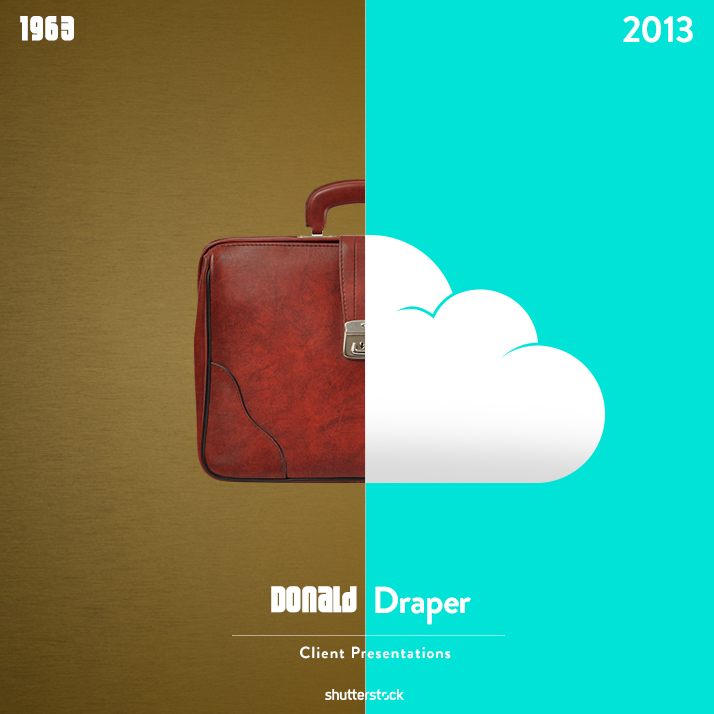 Mad Men fans will just love this graphic series created by the designers at Shutterstock. Entitled Mod Men: The World of Mad Men Through a 21st-Century Lens, the series features a visual time warp in which the designers took the habits of the 1960s characters and translated them into modern trends. The project description explains, “While [the show] has been steadily making everything old new again, we can't help but wonder what things would look like if Don Draper and company were heading to work in 2013.”

For example, in 2013, Peggy Olson's typewriter could easily be replaced with a high-speed laptop, and Betty Francis would most likely replace her cigarette breaks with intense Yoga workouts. Fifty years later, the world is an entirely different place and this project visually compares the differences that a half-century can make. If you like this project, you can check out the Shutterstock blog for more detailed descriptions of each comparison. 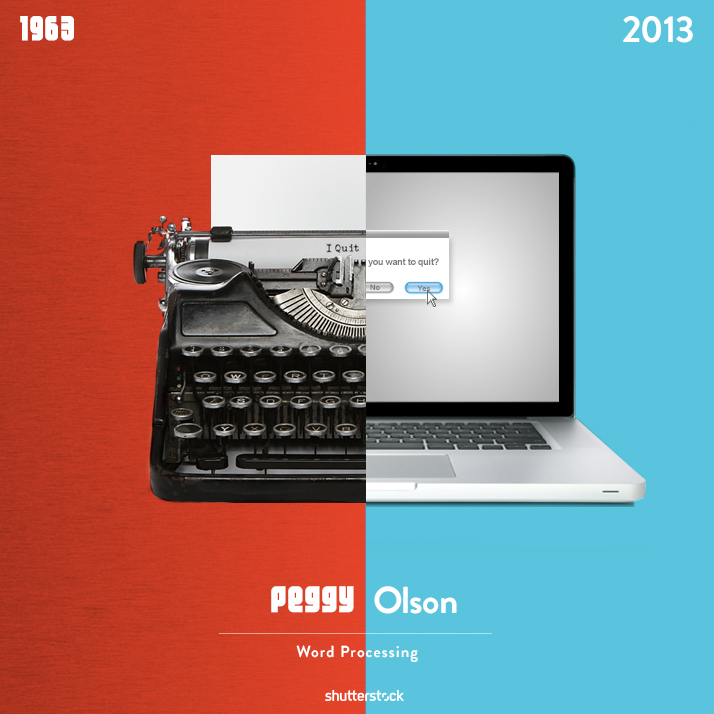 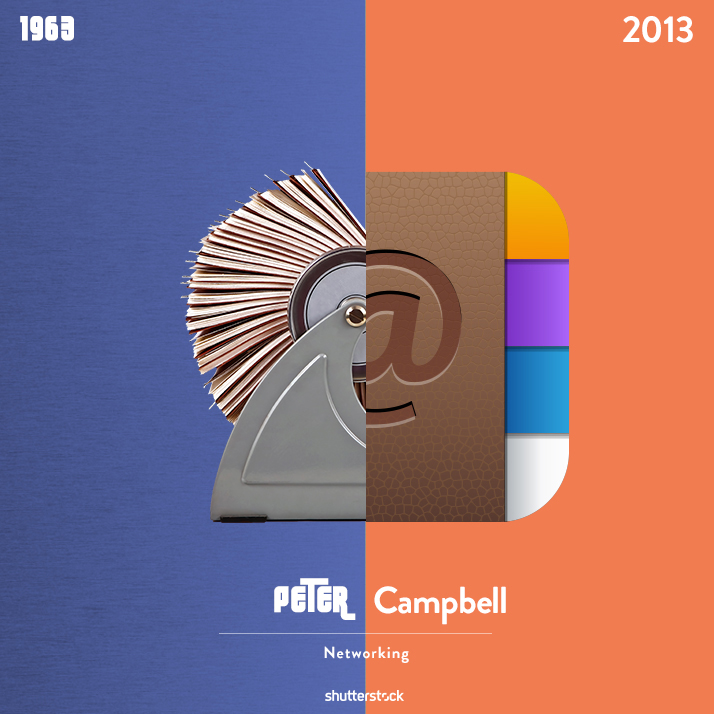 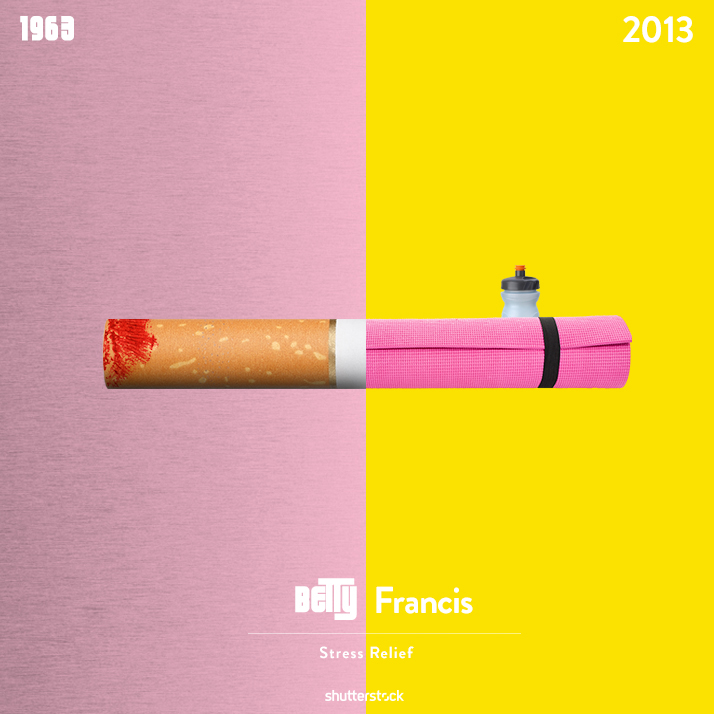 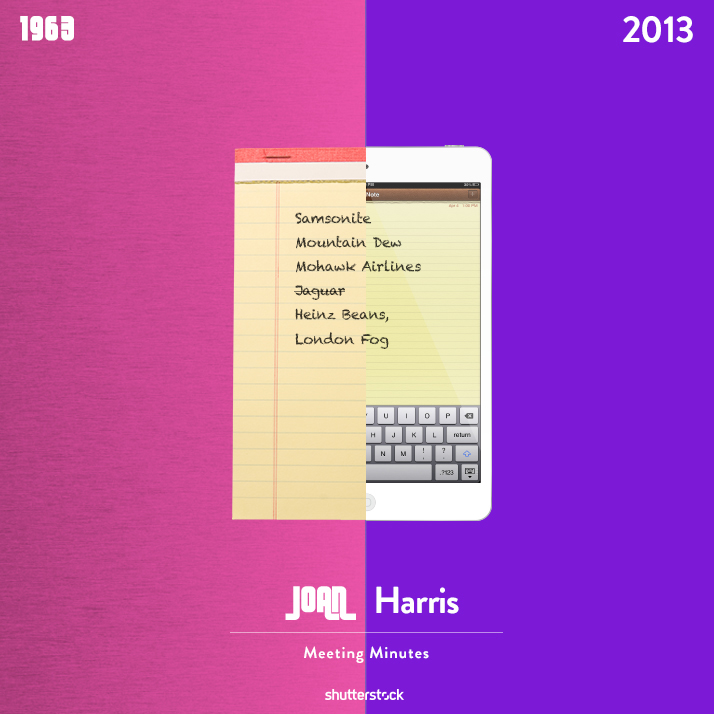 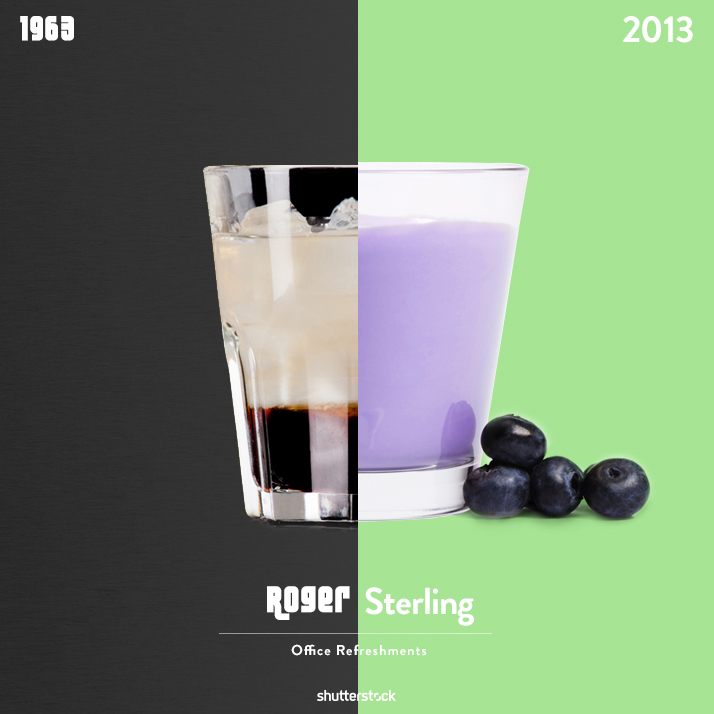