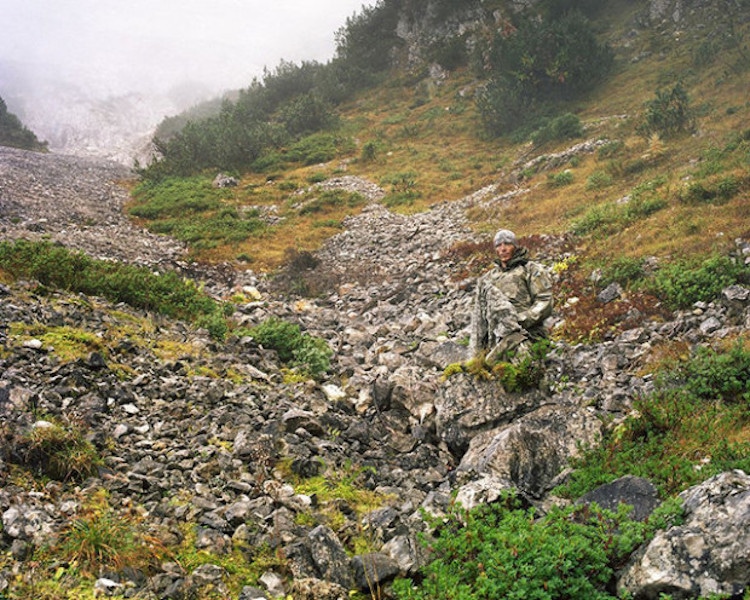 While Simon Menner’s series Camouflage Extended might appear as friendly photos of the German Alps, there’s actually a hidden sniper every picture. Menner worked closely with the German Army to produce these incredible images that highlight the art of camouflage. Wearing special clothing designed with specific patterns, the soldiers concealed themselves to blend in with the surrounding landscape. They did such an amazing job that it’s hard to spot them unless you look very carefully.

The term camouflage is French slang that came into common English usage during World War I. It existed well before that, however, and was used as a military tactic to cloak ships as far back as 56-54 BC during the Gallic Wars. As a uniform, it was popularized in the middle of the 18th century as armies engaged in more hand-to-hand combat and saw its advantages. Camouflage has been refined and modernized since that time, and now addresses not only visibility to light, but infrared, heat, sound, magnetism, and even smell.

The German soldiers utilized contemporary practices with great success. On Menner’s website, his captions describes where each person is hiding, but even then it’s still difficult to tell where they are. Luckily, the site PetaPixel did some of the hard work for us. They spotted the sniper in each photograph and circled their location. Below, you’ll find not only the original image, but a second image that reveals the answer. Try and find them first without cheating! 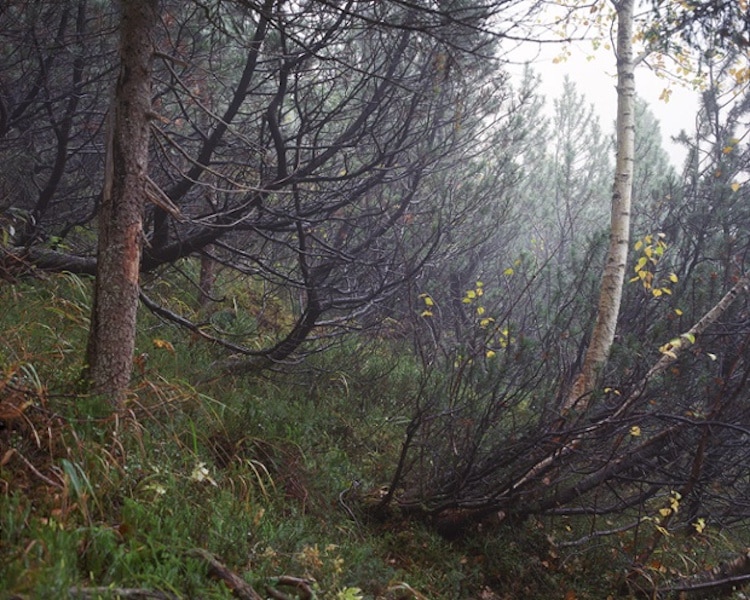 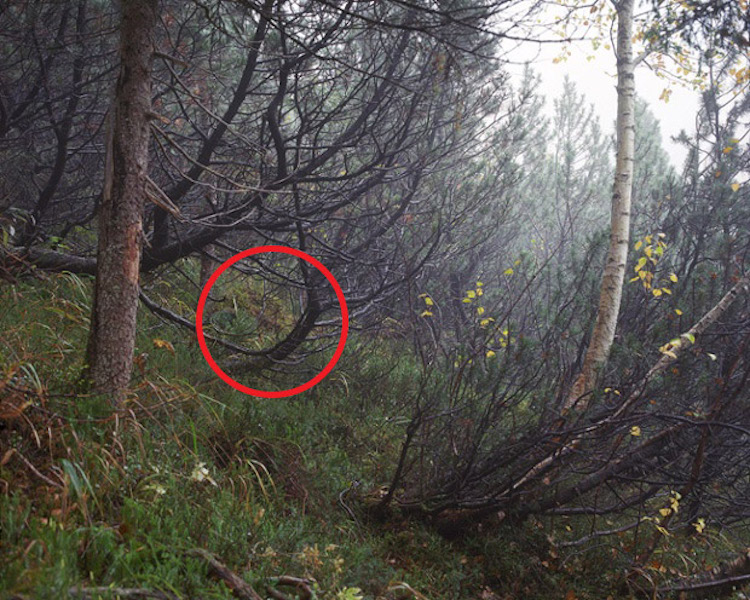 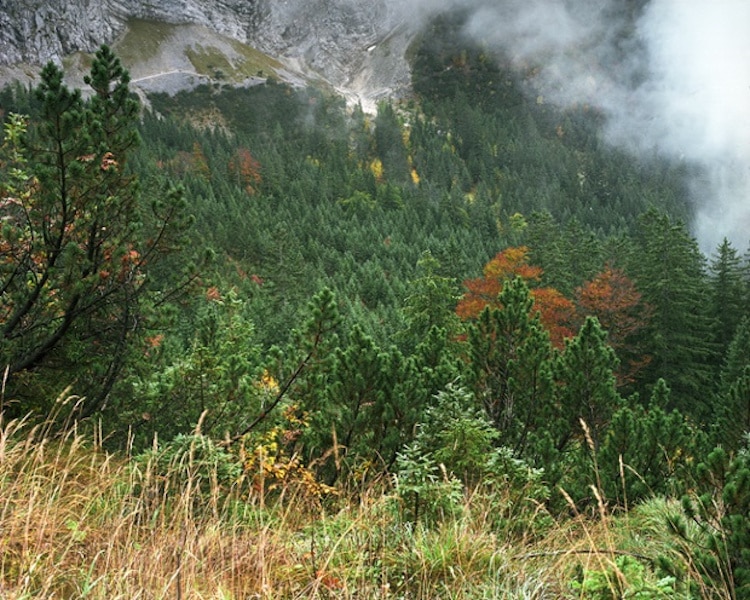 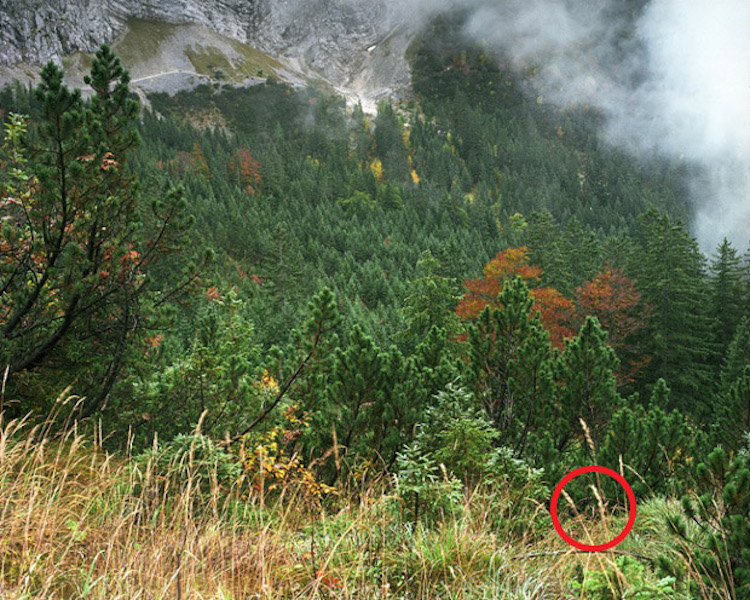 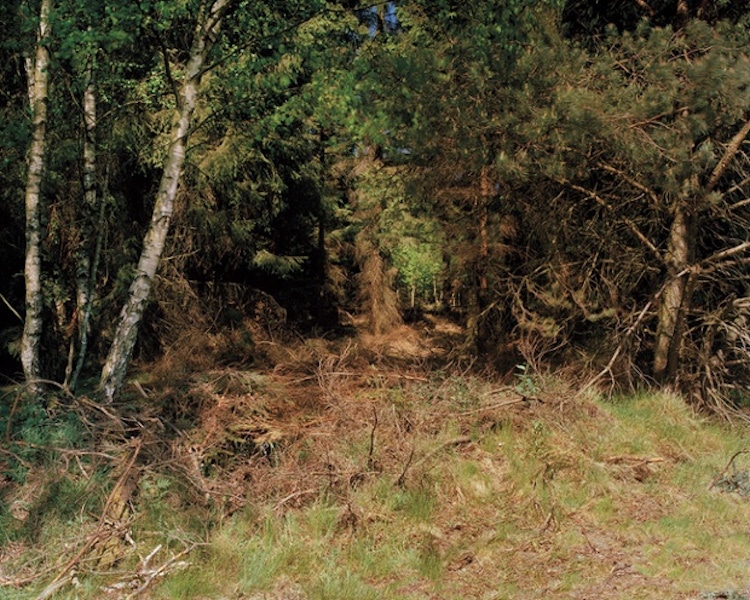 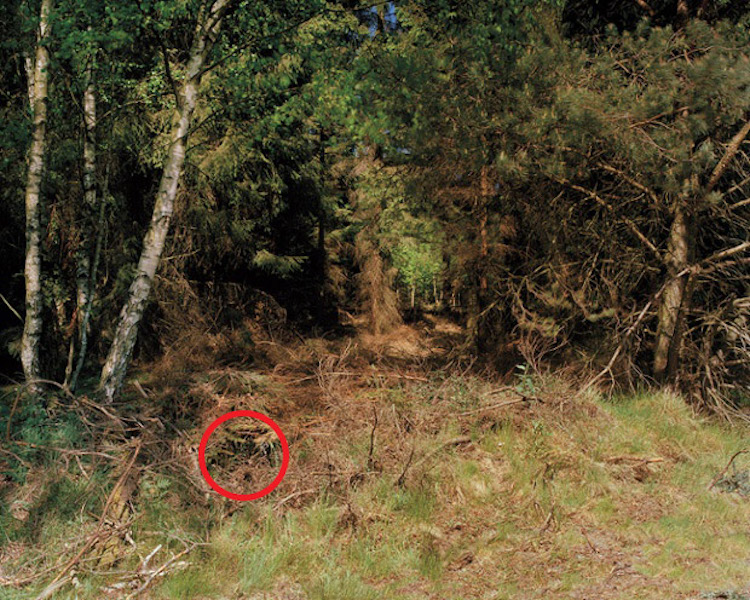 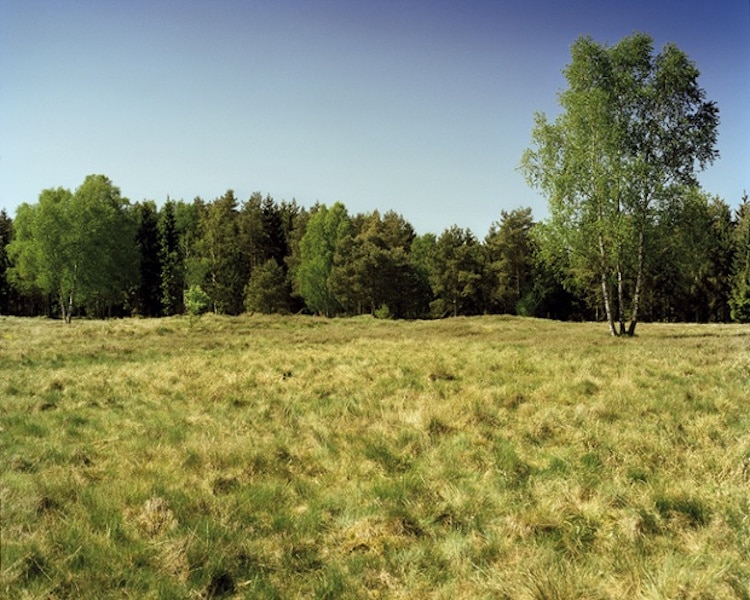 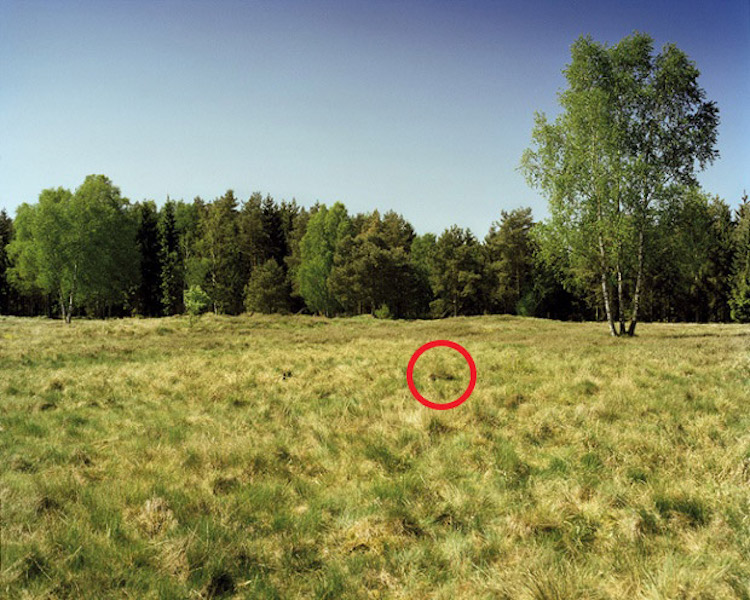 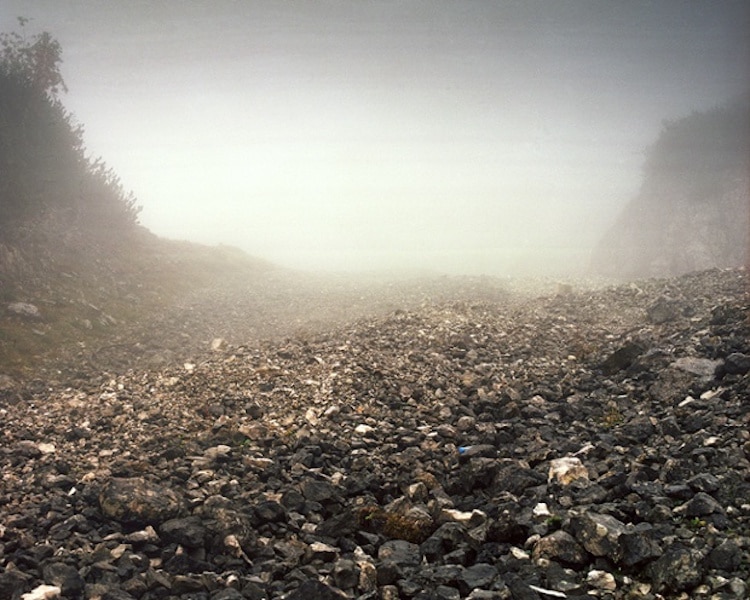 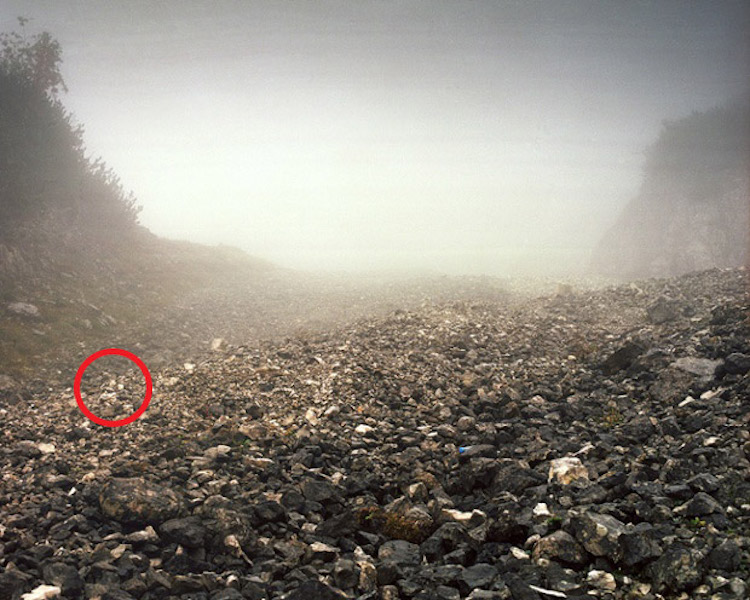 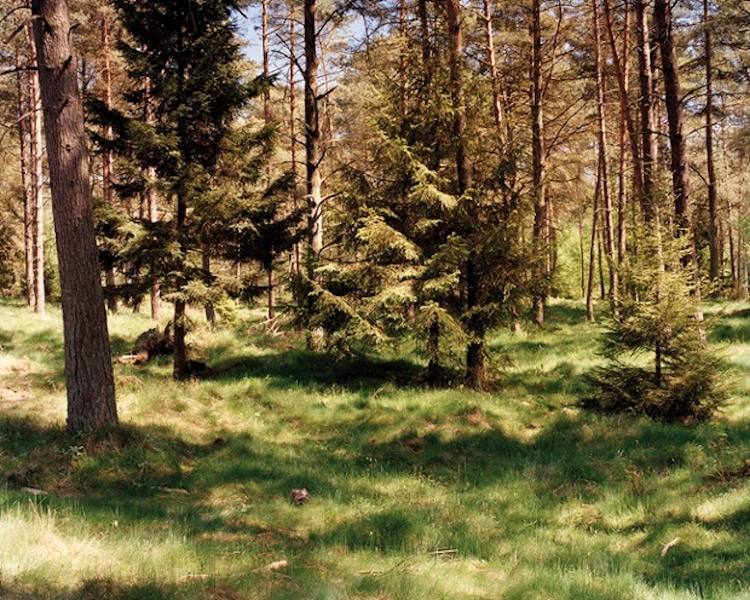 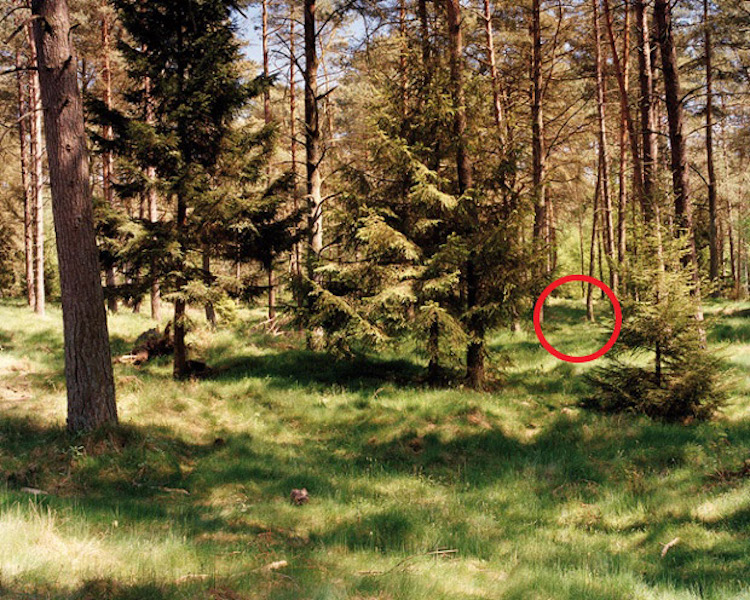