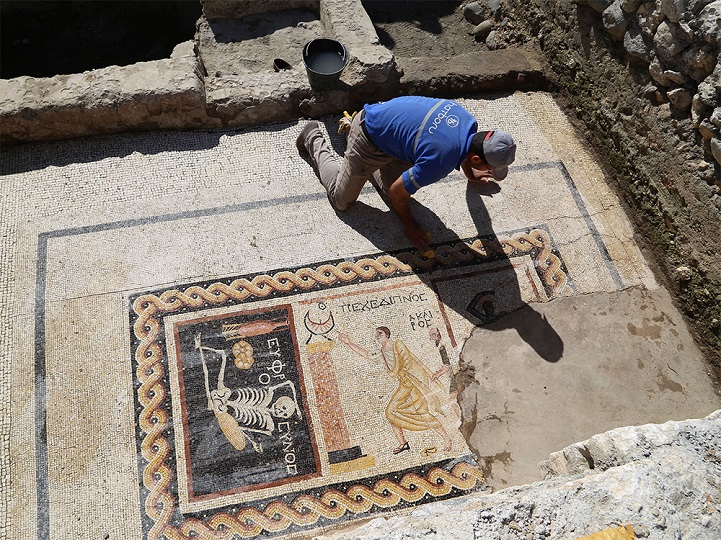 Turkish archaeologists have recently unearthed a rare mosaic that dates back to 3rd century BC. The uniquely well-preserved piece features a reclining skeleton with a bottle of wine, a loaf of bread, and these wise words about its head: “Be cheerful and live your life.” The piece was discovered in Hatay Province, near the Syrian border, during construction of a cable car system. The enlightened expression was unearthed, making up one part of an elaborate triptych. The wise mosaic with sage advice is believed to have decorated the dining room of a wealthy family's villa in the Greek-Roman city of Antioch.

The ancient city of Antioch is known as the early center of Christianity, established in the 4th century BCE.  It is rumored to be the first place where the followers of Jesus were referred to as Christians. Many mosaics have been discovered in Antioch, a city that was the third largest in the world (after Rome and Alexandria) in the Early Roman period. Many wealthy and influential people lived in luxuriously decorated homes in the area, making it a common site for opulent artifacts similar to this mosaic. However, it's the imagery of a skeleton coupled with its wise words that resonates with viewers today. It rings with a timeless truth, an ancient “Don't worry, be happy” that serves to remind us all to enjoy life today, because tomorrow is uncertain. 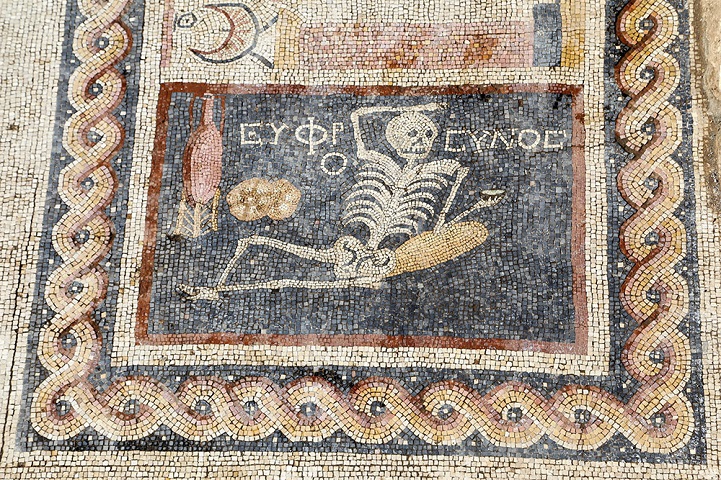 via [Colossal, The History Blog]