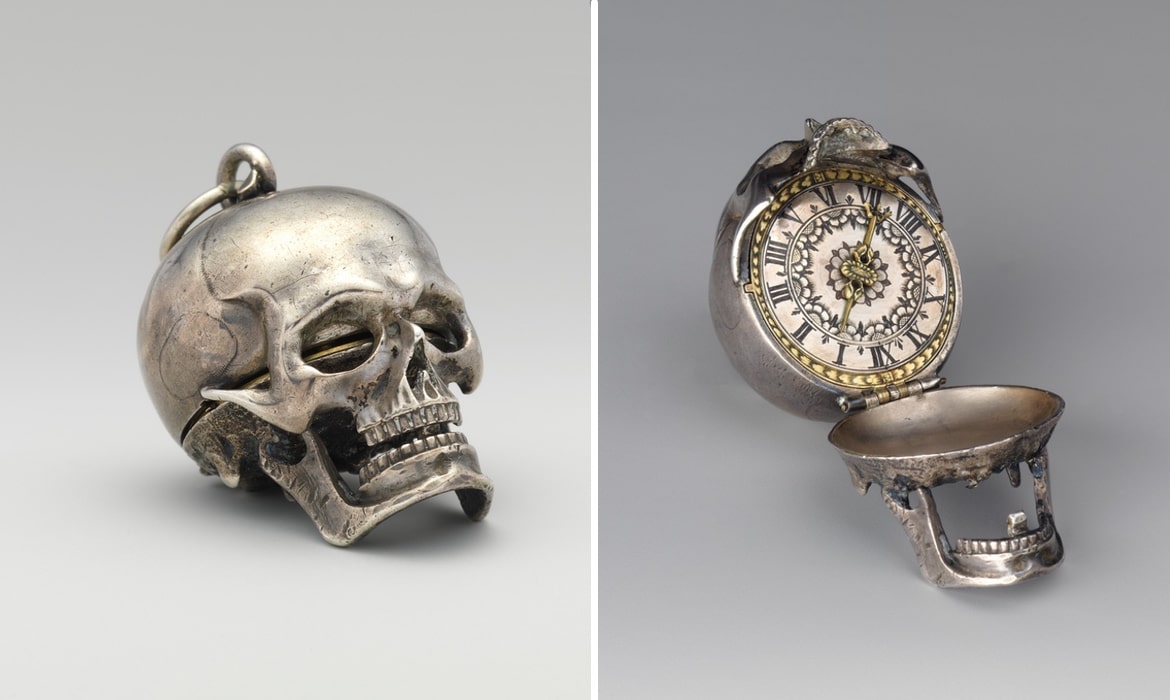 Here today, gone tomorrow. This sentiment is key to a philosophy known as memento mori, where one embraces rather than fears death. It was a concept explored heavily in the history of art, from 16th-century still-life paintings to Baroque tomb sculptures. Eventually, it even made its way into timepieces as watches were popularized. Skull cases, which open to expose a watch, were particularly popular from the 17th century onward.

While watches today may be smart enough to measure our heart rate and deliver our email, early timepieces had multiple functions too—they doubled as works of art. They were developed in Italy around 1500 based on portable spring-driven clocks and soon spread across Europe. By the mid-1500s, watch movements had become small enough to be incorporated into jewelry and rings. And, in order to protect the movements, elaborate cases were also created. True works of art, they naturally worked with themes that were present in other forms of visual art.

Taking inspiration from Psalm 89—”Oh, remember how short my time is”—skull watches were particularly popular with Swiss craftsmen in Geneva and French artisans from Blois. These cities were epicenters of watchmaking and churned out these reminders of the passage of time. One example in the Metropolitan Museum of Art's collection sees an early 19th-century skull case used to protect a 17th-century watch movement. As is typical in these cases, the skull's jaw unhinges to reveal the time.

This is just one of many examples scattered across museum collections. The British Museum and the Fitzwilliam Museum in Cambridge both have similar examples. The Louvre has a particularly elaborate skull watch on display. Created by Jean Rousseau of Geneva, the case is engraved with scenes from the Bible and has floral motifs carved into the skull.

These watches are reminders that art can be found in many different guises. By allowing owners to carry a piece of memento mori, the timepieces took on a greater meaning. If you wish you could get your hands on a similar watch, examples often come up for auction, so be on the lookout.

Skull watches were a popular expression of memento mori in Europe from the 17th century onwards. 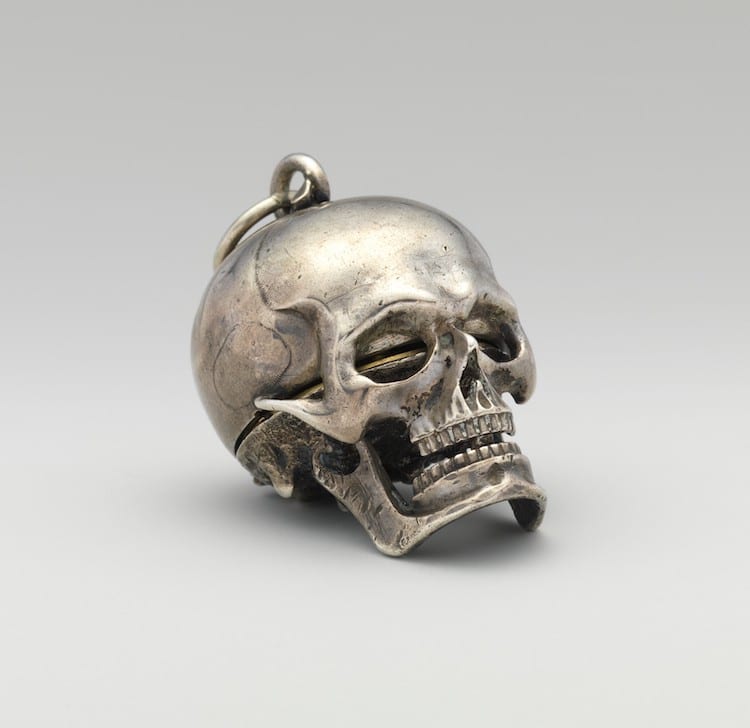 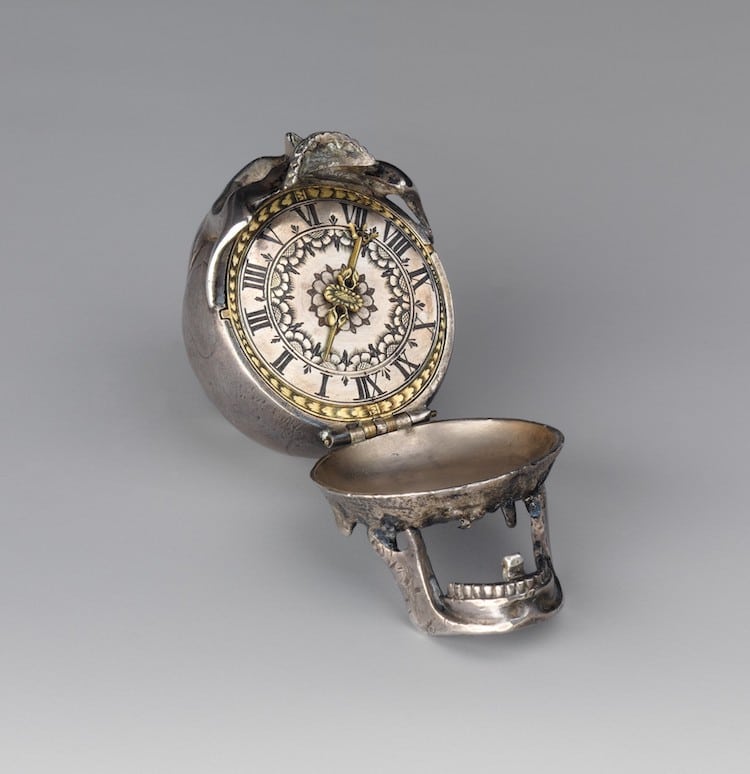 The skull cases protect delicate watch movements that are revealed when the jaw unhinges. 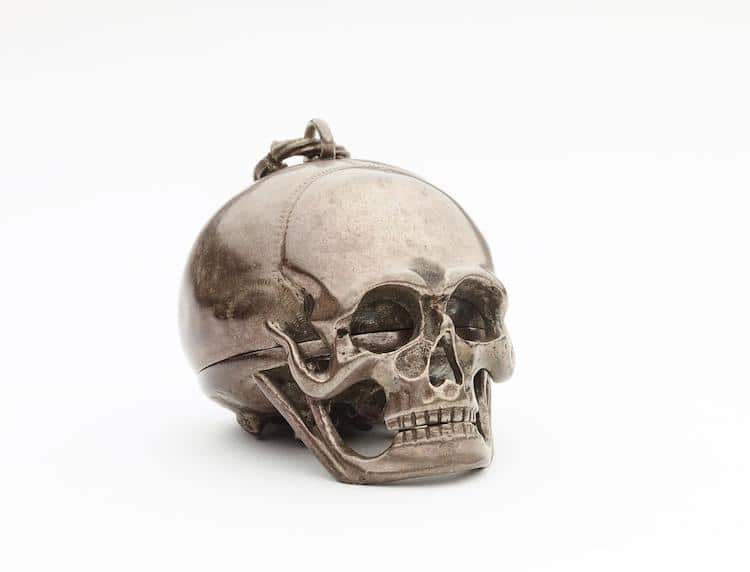 Photo: The Trustees of the British Museum 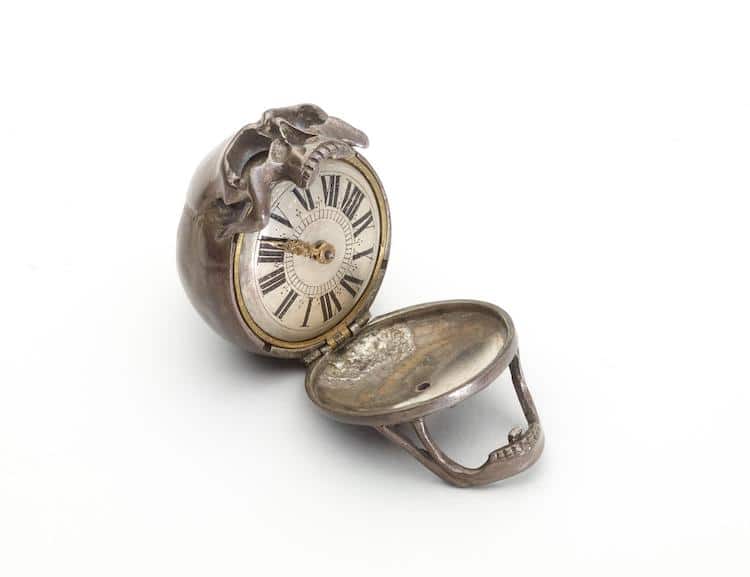 Photo: The Trustees of the British Museum

One example in the Louvre has elaborate carving across the skull-shaped case. 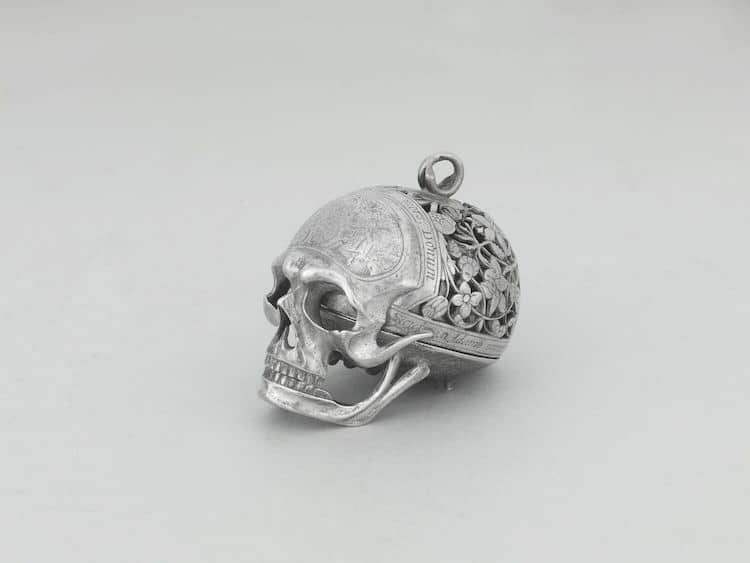 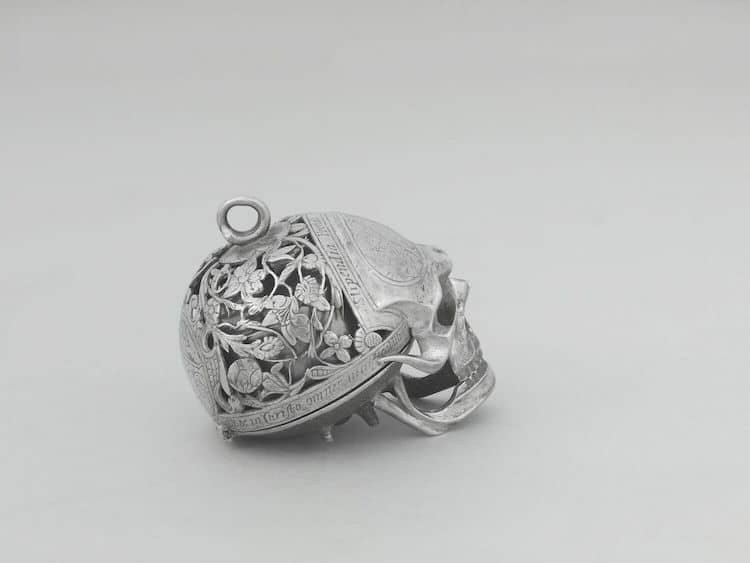 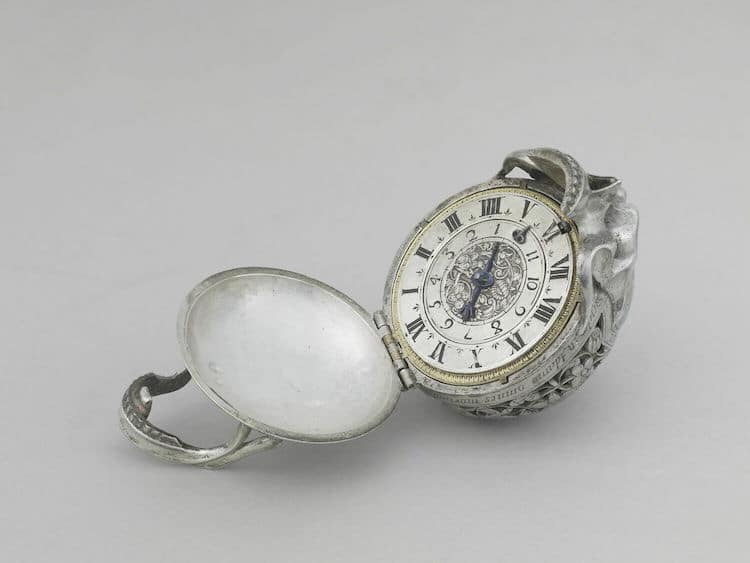 Tick tock. Share
Like My Modern Met on Facebook
Get Our Weekly Newsletter
Become a
My Modern Met Member
As a member, you'll join us in our effort to support the arts.
Become a Member
Explore member benefits
Tick tock. 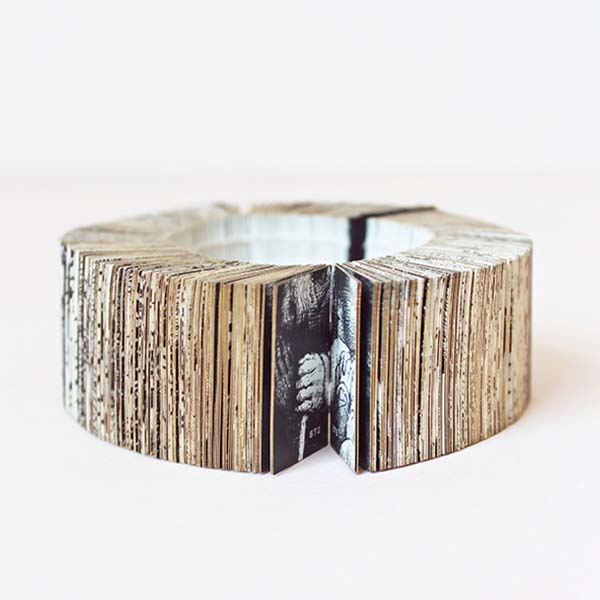