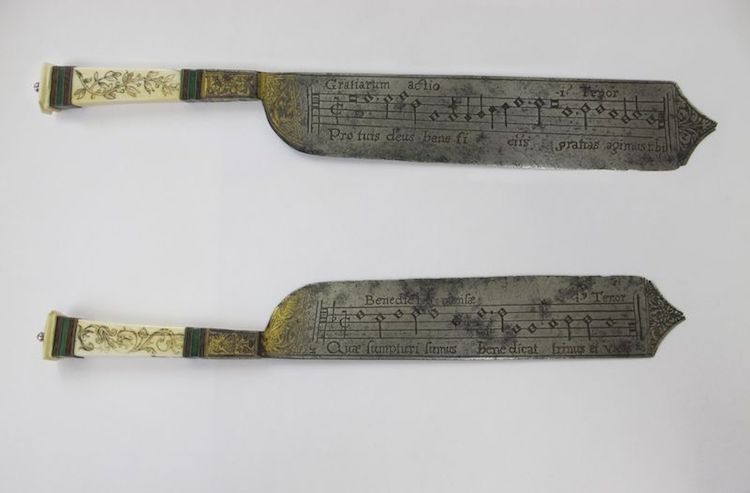 It turns out that Renaissance diners in Italy enjoyed a little music with their feasts. And they kept their musical scores recorded in an unexpected location—their knives. This means that aside from carving up meat, this cutlery helped provide the evening's entertainment.

These 16th-century knives are now scattered in museum collections around the world, including examples at the Victoria & Albert Museum in London and the Musée national de la Renaissance at Château d'Ecouen in France. Known as notation knives, Kirstin Kennedy, a curator at the Victoria & Albert Museum, notes that we can't be entirely certain how they were used, though the form gives us some ideas. That collection's example has a sharp edge, which would imply its use in cutting meat, yet its width suggests that it may have been used to present slices of meat to diners.

As for the engraving? Each side of the blade has musical notations, making the most of the space. And each knife represents one part for a singer. So, a complete set of knives actually come together to create a harmonious chorus. Fittingly, one side contains a statement of grace, and the other a benediction to be sung at the end of the meal. The grace reads: “The blessing of the table. May the three-in-one bless that which we are about to eat.” On the opposite side of the blade, the benediction states: “The saying of grace. We give thanks to you God for your generosity.”

These simple statements turn into something quite grand when sung. The Royal College of Music recorded the music from the V&A knife to spectacular results.

Knives with musical scores carved on the blades originate from 16th century Italy and are called notation knives. They are present in collections across the world, including these examples from the Musée national de la Renaissance at Château d'Ecouen in France. 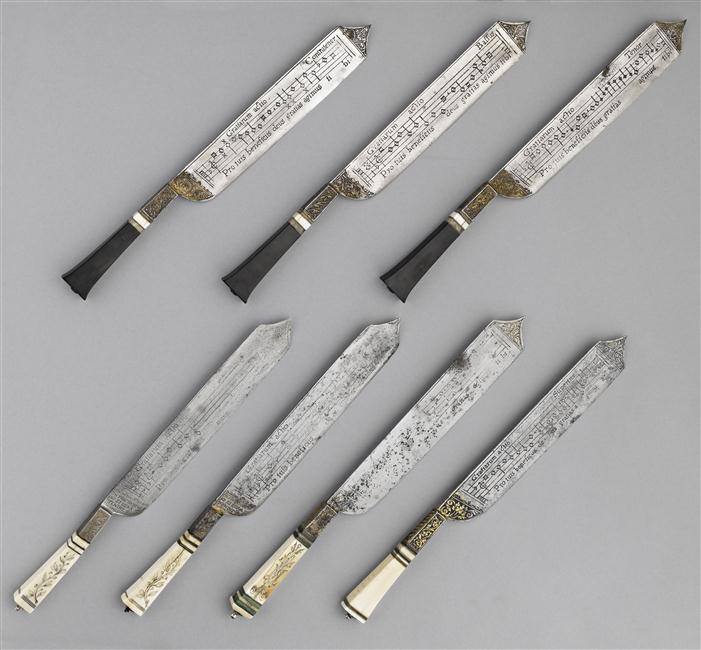