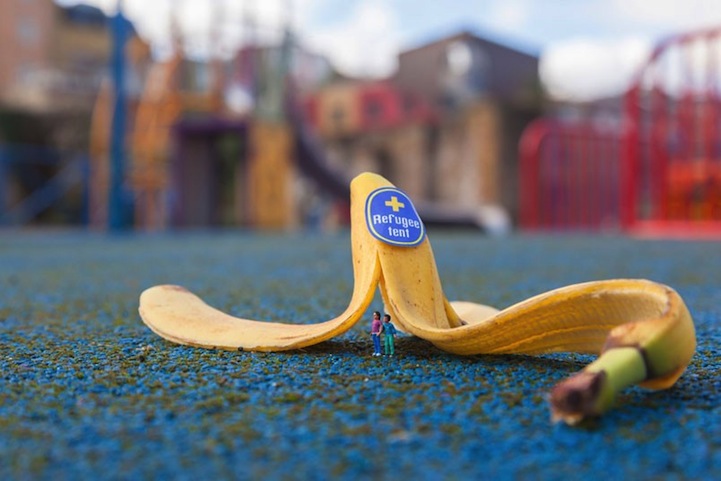 UK-based street artist Slinkachu, best known for his ongoing Little People Project, has just released three new installations commissioned by O2 for 20 Years of War Child, an exhibition celebrating 20 years of the charity whose mission is to support children affected by war. Each miniature scene created by the artist depicts a different injustice faced by kids amidst war around the world. Of course, the installations present a far more playful portrayal where a banana peel serves as a refugee tent and a snail stands in place of an imposing tank.

Slinkachu says, “I was more than happy when O2 approached me to create some pieces for the War Child 20 year exhibition. I've been keen to do something dealing with the impact that war has on the often voiceless victims of conflict – children.  My work features the unheard, the unseen, forgotten and the often ignored people in today's world so this project was an obvious collaboration to get involved with.”

20 Years of War Child is currently on display featuring Slinkachu's work alongside artwork collaborations between the charity and the music industry at The British Music Experience through March 28, 2013. 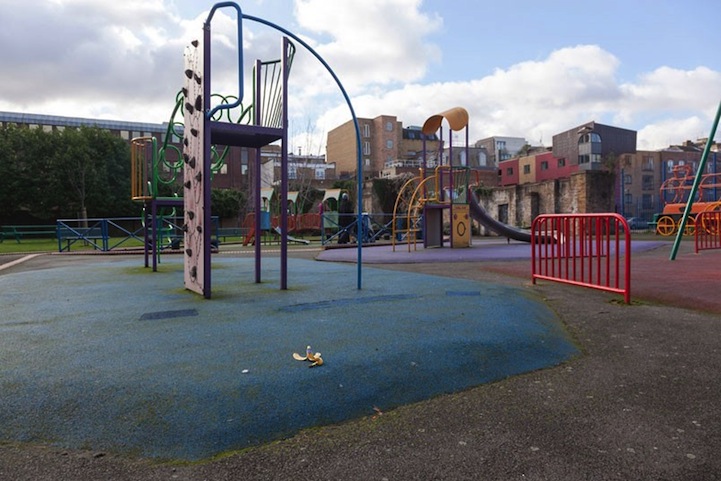 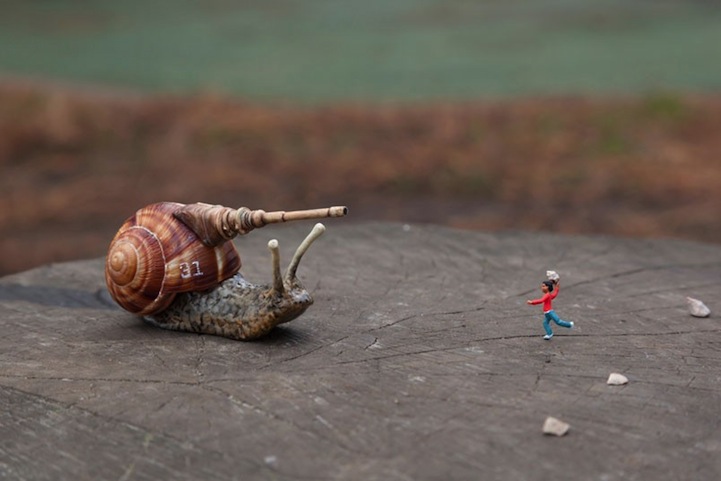 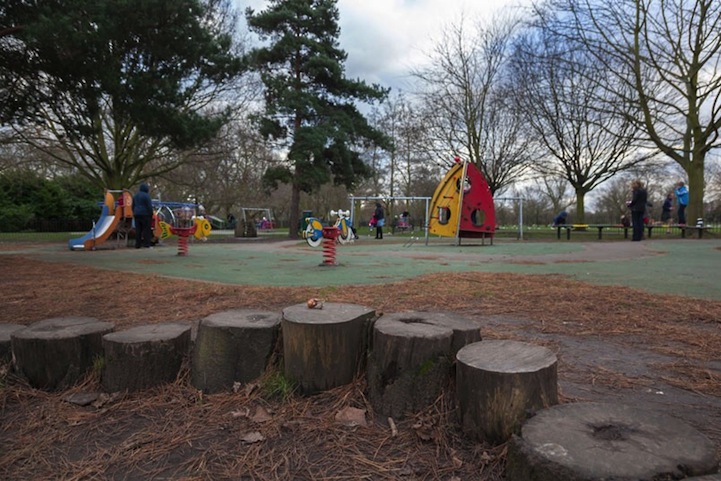 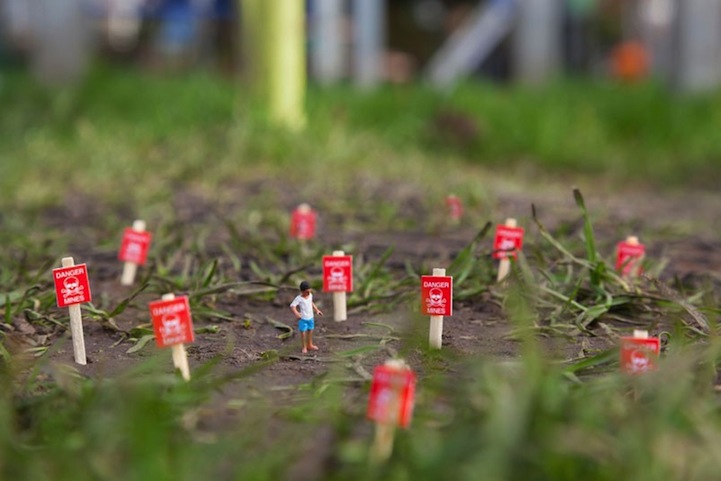 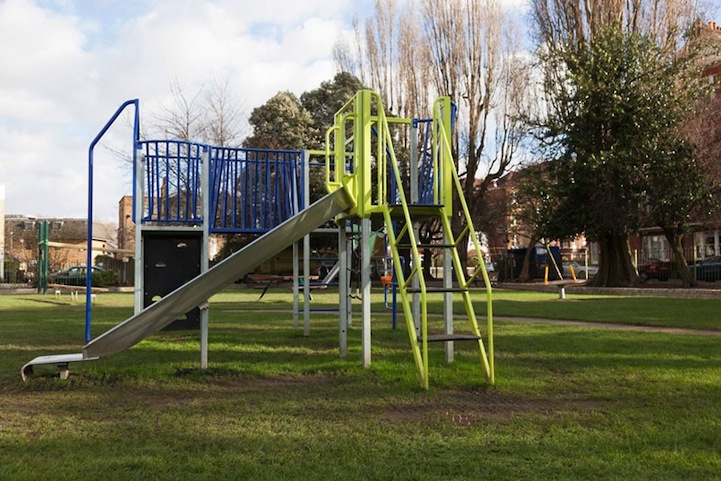