Astrophotographer Andrew McCarthy‘s love of outer space was sparked over 20 years ago while exploring the solar system through his father's telescope. A few years ago, after finding a free telescope on Craigslist, his interest was renewed and he set down the difficult path of learning the technical aspects of astrophotography. Over time, his tenacity paid off, as exemplified by an incredible photograph of the solar system shot almost entirely in his backyard.

The stunning composite not only shows our solar system's planets, but also includes the Moon and Sun, as well as Comet 46p/Wirtanen and the International Space Station set against the Milky Way. The surprisingly sharp, balanced composition demonstrates just how much McCarthy has honed his craft over the years, and it is a testament to his skill as an astrophotographer.

So how'd he do it? The equipment list is vast, with different cameras and telescopes needed for different elements of the final image. Venus, Mars, Saturn, and Jupiter were captured with an Orion XT10 telescope and ZWO ASI224MC camera. McCarthy captured 8,000 to 10,000 frames each at .25-.75ms and then cropped, centered, aligned, and stacked them for the perfect shot.

Tackling Uranus was a bit different. While McCarthy continued to use the same telescope, he switched to a Sony A7ii and Skywatcher EQ6-R Pro for a single 30-second exposure at 6400 ISO. This same setup was also used to photograph Comet 46p/Wirtanen, except this time McCarthy took 60 different 30-second exposures at 6400 ISO and then manually aligned everything in Photoshop. The comet, along with the Milky Way, is one of two elements not shot in his backyard in Sacramento. For this particular image, the shoot was located in Sly Park, California.

The International Space Station required the same setup as the majority of the planets—Orion XT10 and ZWO ASI224MC. Here he researched the ISS's projected path and aimed his camera in that direction. In the end, he shot 25,000 frames at .32ms over the course of two passes. After converting the frames to 2,000 TIFF files, he handpicked the best 25 to align and stack in Autostakkert for the final photo.

To create the spectacular background, all he needed to do was shoot the Milky Way. Again, for this image, McCarthy had to move locations, this time to Lundy Lake, California. An entirely different setup was necessary to get all the fine details of our galaxy. McCarthy used a Meade 2120 telescope with a piggyback mount, Canon 60D camera, and 28-80mm lens set at 28 mm. The final result comes from a single 3-minute, f/9 exposure at 3200 ISO.

After all the hard work of shooting the photographs, the real labor began in the processing, which took anywhere from hours to days depending on the object. The final arrangement of objects in Photoshop took just 30 minutes, with the resulting composite photograph a triumph of astrophotography. It's a fitting reward for McCarthy, whose biggest challenge has been learning how to produce clear photos using amateur equipment from a city filled with light pollution.

For McCarthy, the desire to push himself has been well worth it. And though astrophotography can get lonely at times, his cousin and fellow photographer Colin Matthewson often accompanies him on shoots and helps with equipment, making this hobby a family affair. McCarthy posts his work on Instagram under the @cosmic_background account. Those interested in prints are welcome to DM him for information.

Take a closer look at Andrew McCarthy's impressive photo of the solar system, shot almost entirely from his backyard. 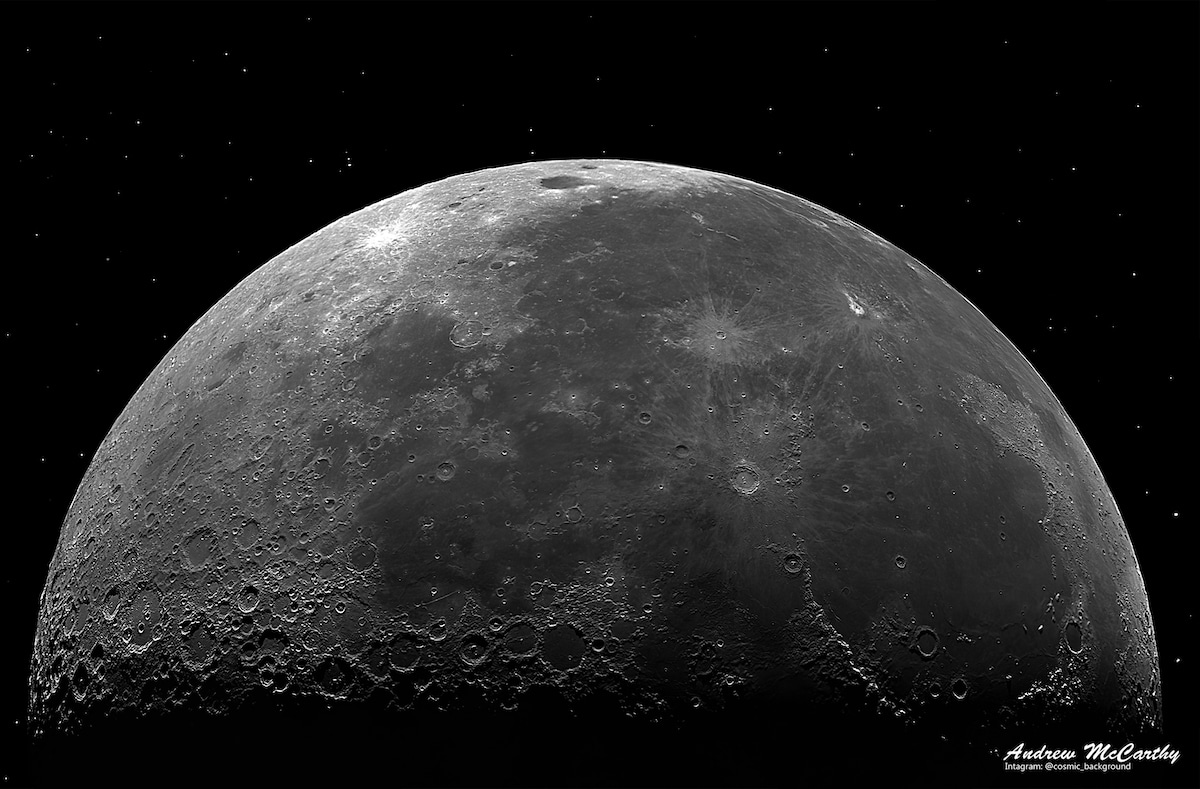 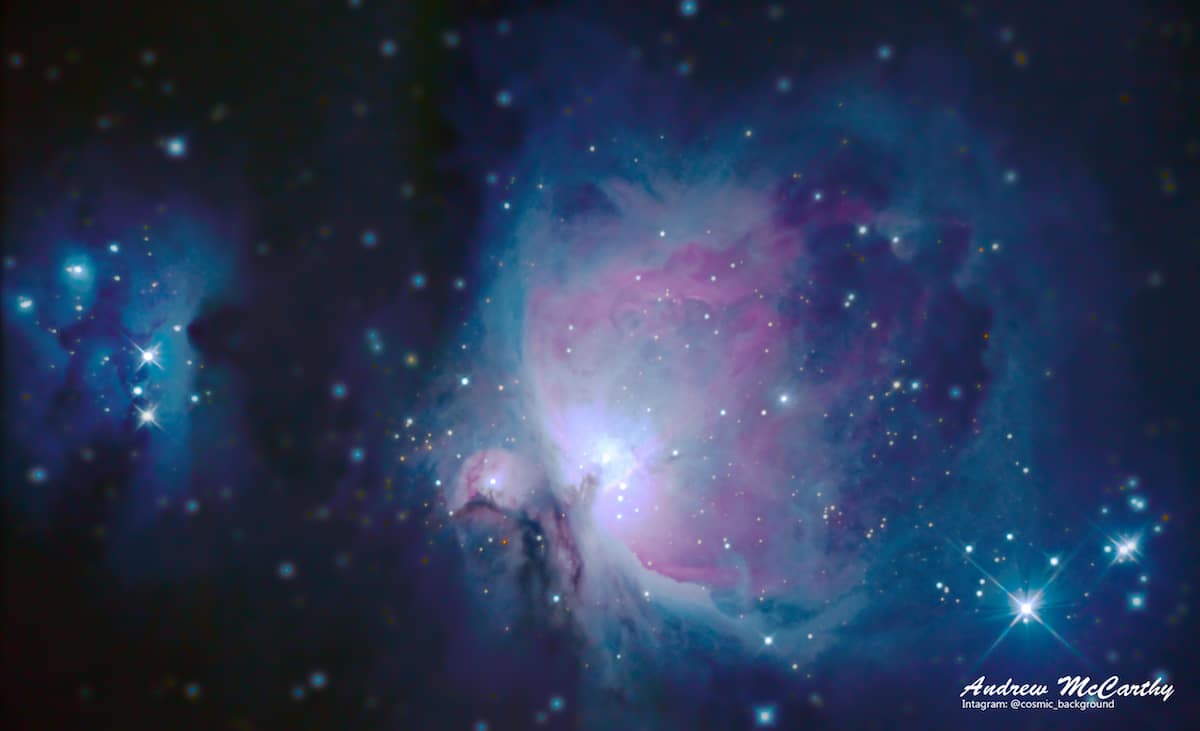 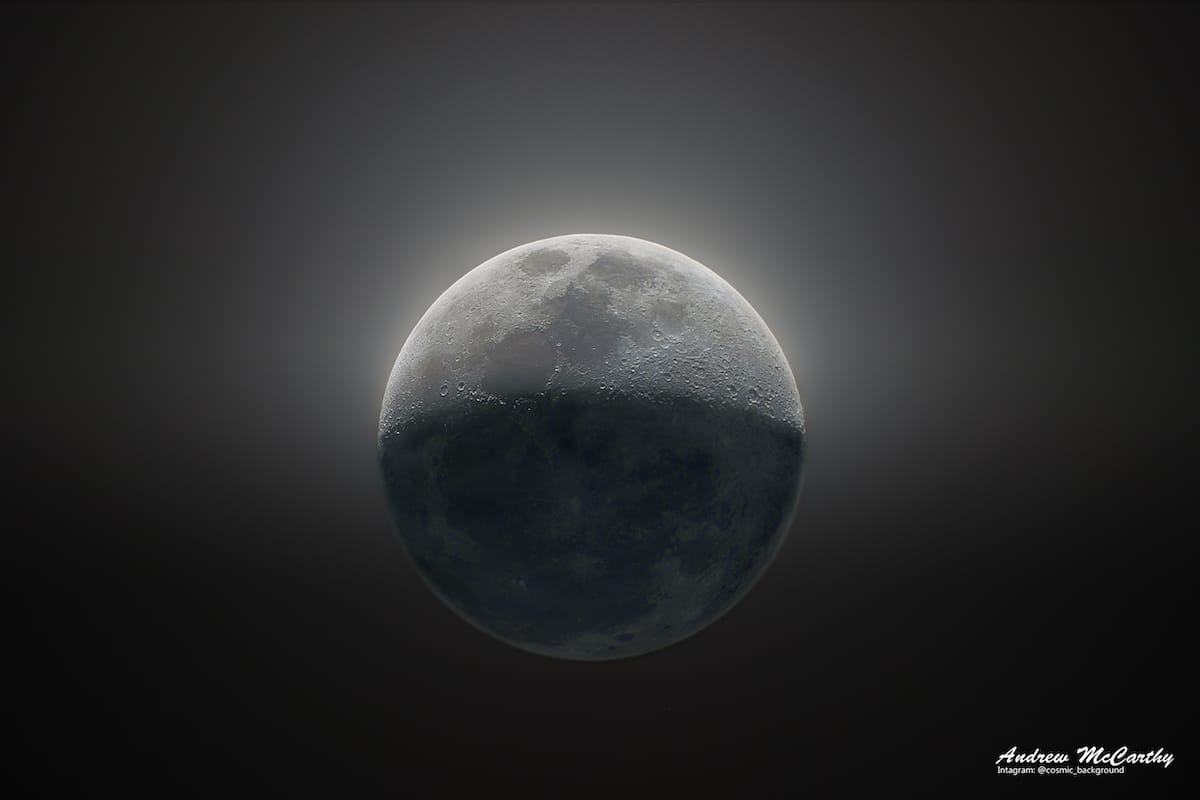 My Modern Met granted permission to use photos by Andrew McCarthy.

Spectacular Shortlist for Best Astronomy Photos of the Year Announced

Wowed by the view of our solar system? Share
Like My Modern Met on Facebook
Get Our Weekly Newsletter
Become a
My Modern Met Member
As a member, you'll join us in our effort to support the arts.
Become a Member
Explore member benefits