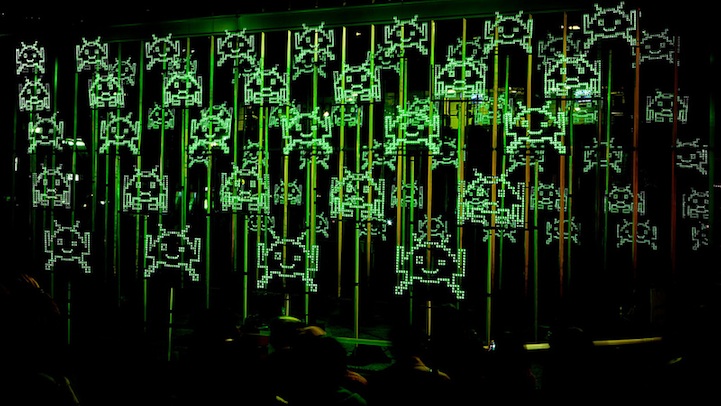 Inspired by the legendary video game Space Invaders, artist Yves Caizergues created an awesome art installation that was displayed at Nuit Blanche, a nighttime art event held in Toronto this past September. For one night, Toronto's streets were filled with contemporary art, from smaller, intimate experiences to large-scale spectacles. Out of the more than 150 artworks, one nostalgic art installation stood out from the rest.

Called Green Invaders, it was a fun homage to classic video games. As Nuit Blanche stated, “They're green, they're angry, they're happy, they're from the 80s and the whole city is their playground. They are the Green Invaders. Inspired by the iconic Tomohiro Nishikado video game, Green Invaders immerses viewers in a light experience where low technology and high technology get mixed together, for an emotional and entertaining reconnection to the beginning of the technological era.”

Nuit Blanche is an annual all-night arts festival that was originally conceived in Paris, France in an attempt to bring contemporary art to the masses in public spaces. The idea of a nighttime festival of arts has since spread throughout the world, with events in over 120 cities. Toronto was the first North American city to fully replicate the Paris model and it's inspired similar celebrations throughout North America, including San Francisco, New York, and Chicago. 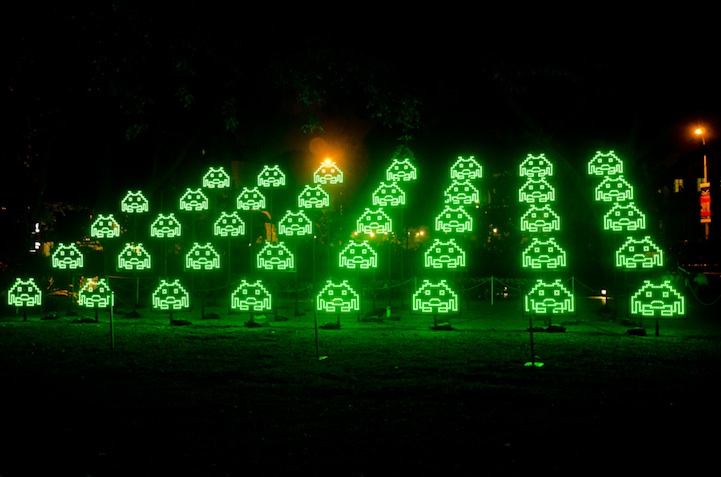 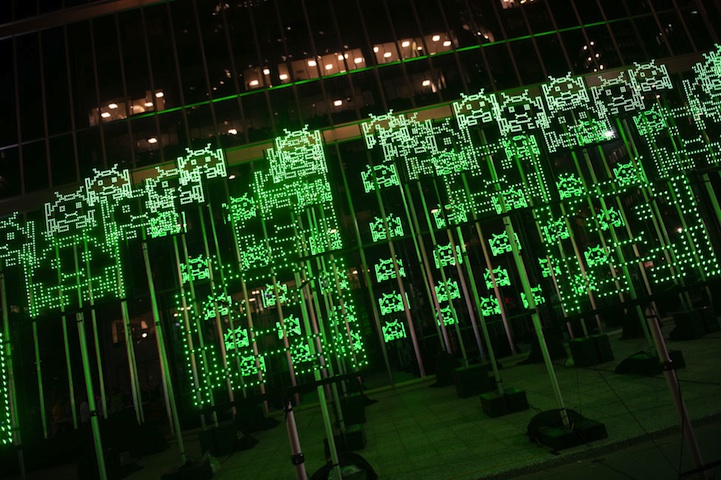 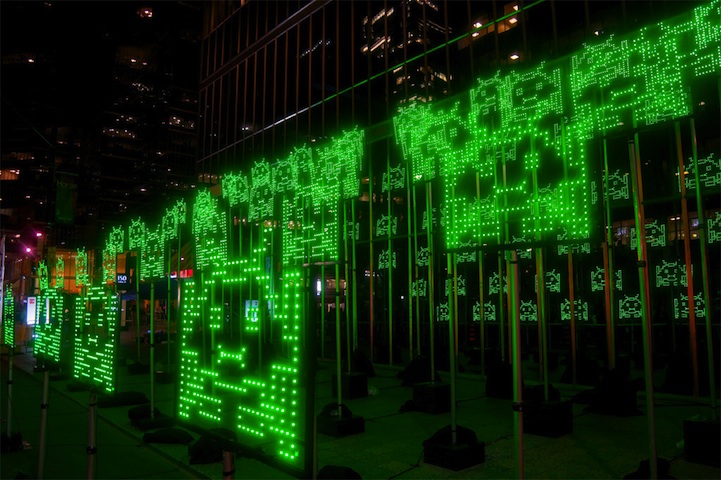 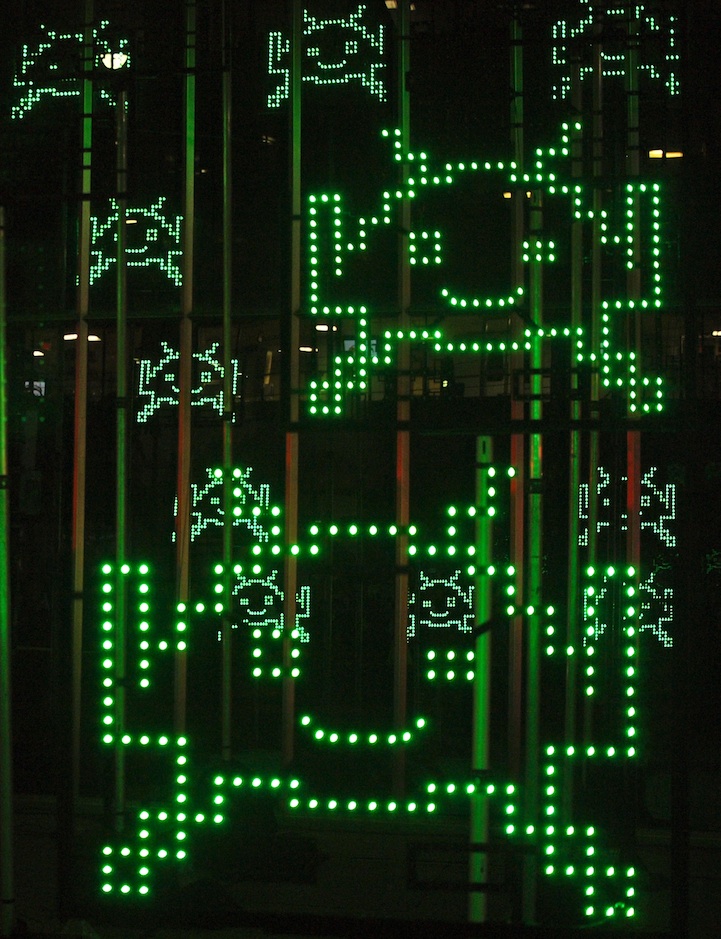