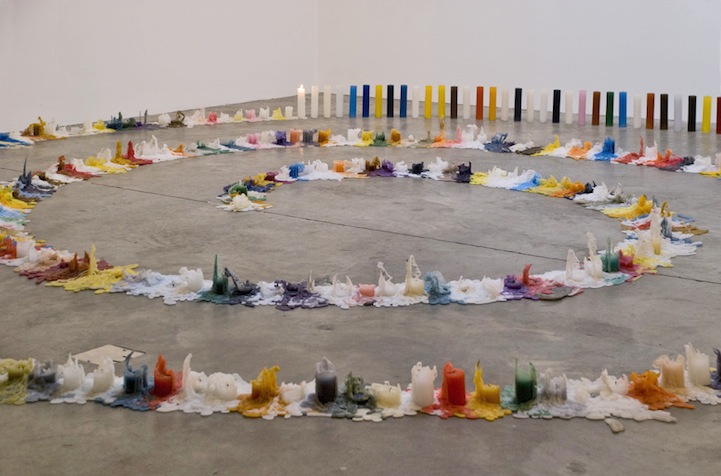 You could say that artist Spencer Finch is a literary junkie seeking to preserve the art of the written word with his own creative interpretations. His installation titled 366 (Emily Dickinson's Miraculous Year) commemorates the year 1862, in which renowned writer Emily Dickinson completed 366 poems in 365 days.

The wax installation includes 366 candles, each symbolizing one poem from that productive year. Taking it a step further, Finch even color coded the sequence of swirling wax blocks of light according to the text of their corresponding poems. If Dickinson mentioned or alluded to a hue in a poem from this era, its corresponding candle was made to match in color. However, Finch says, “[P]oems in which no color is mentioned are made out of natural paraffin.”

The colorful spiral of candles are lit, one day at a time for 366 days. Each takes 24 hours to burn down, leaving behind a hardened puddle of wax. The artist calls it a “real-time memorial,” as it takes an entire year to fully realize the installation's significance and complete its performance. 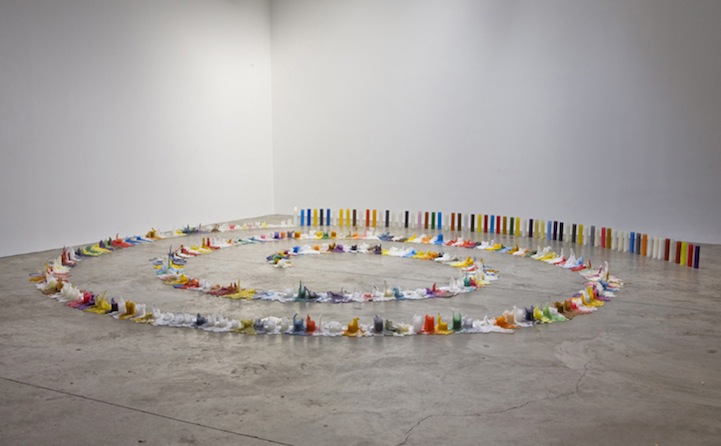 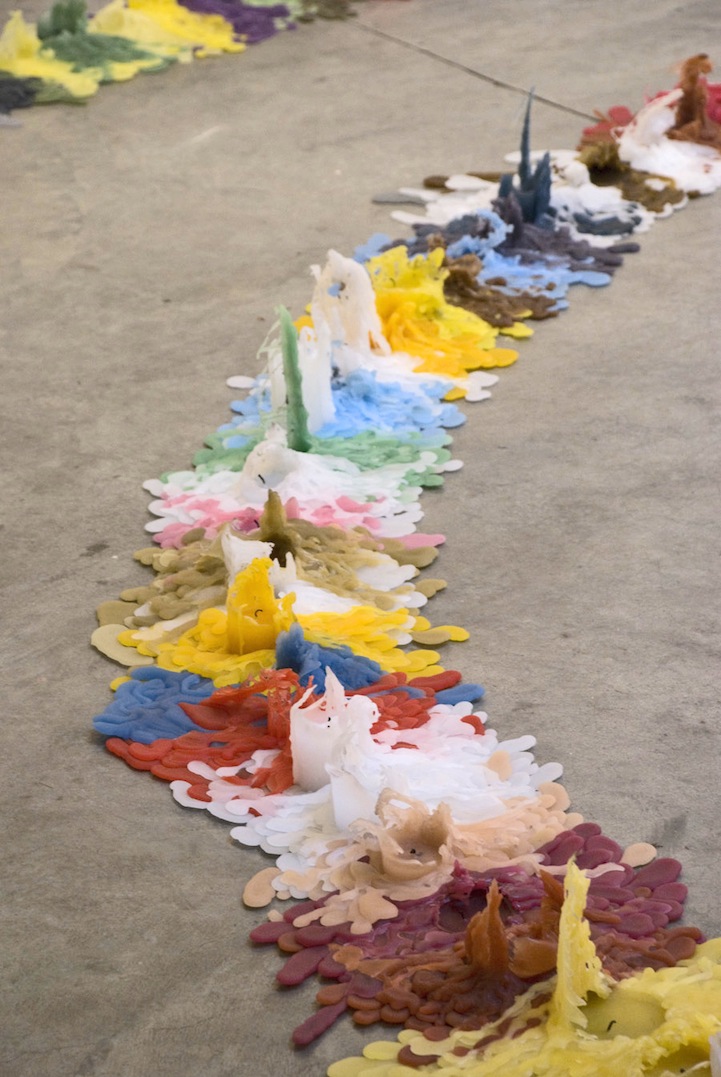 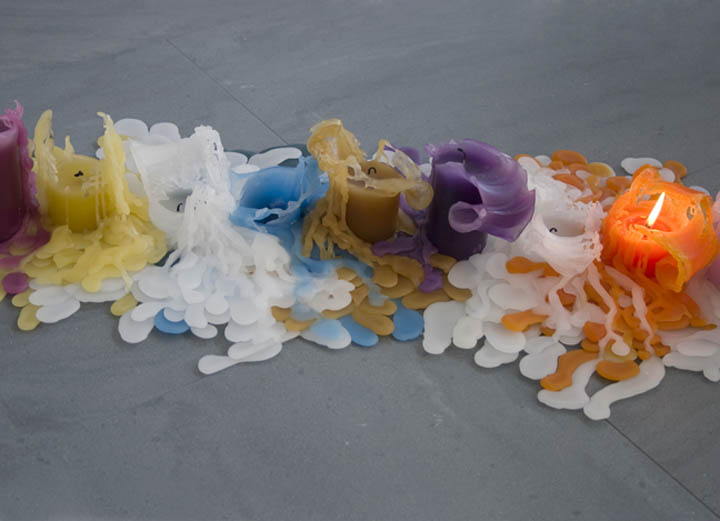 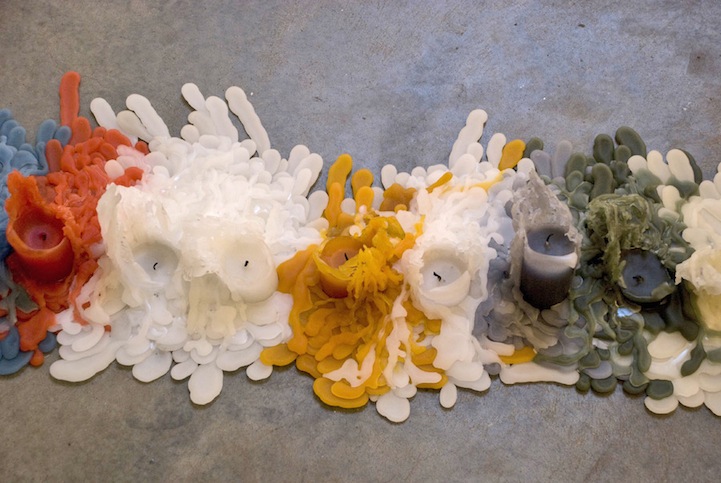 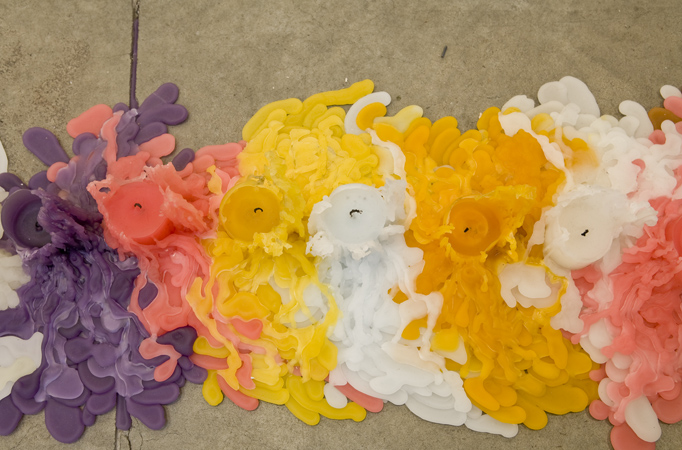 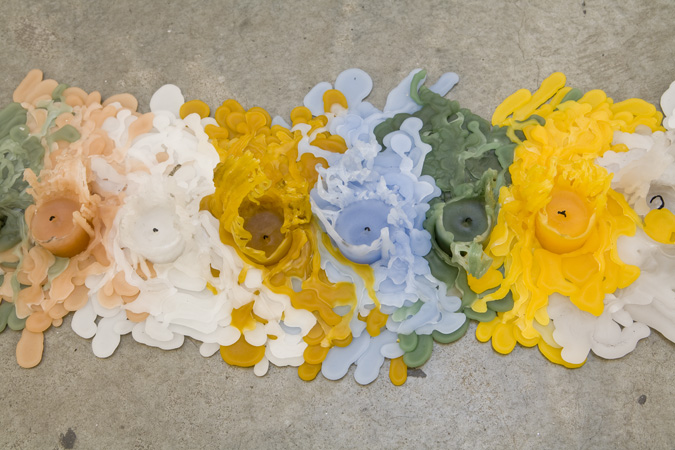 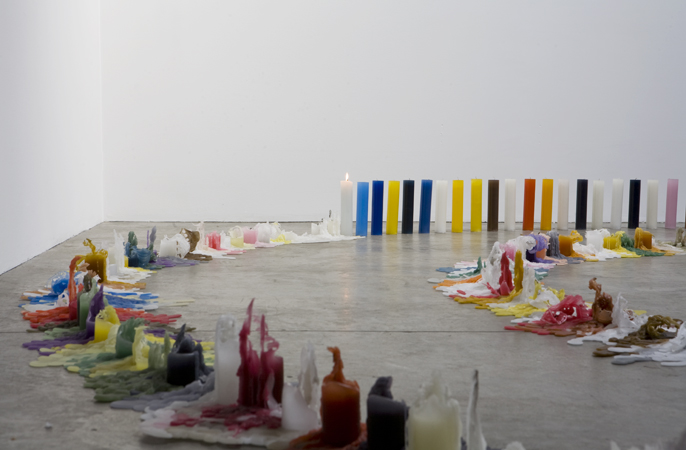