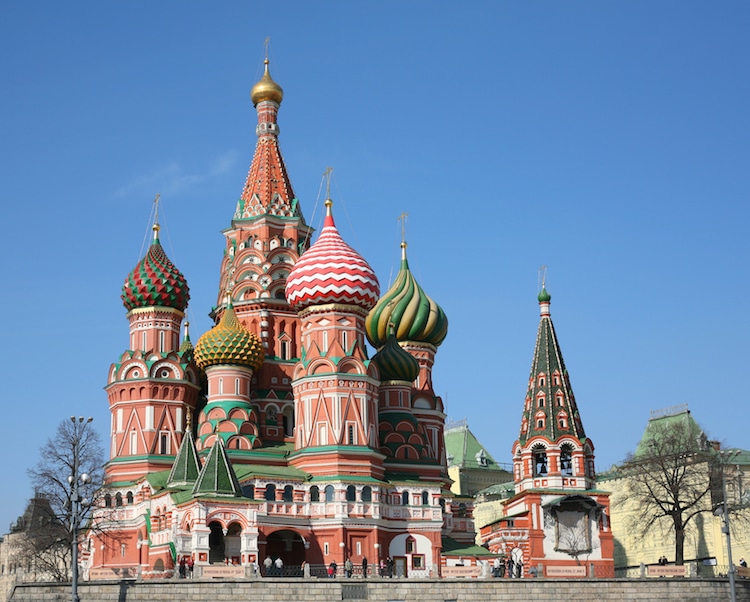 With its scarlet red walls and fantastical onion-shaped domes, it's no wonder that Saint Basil's Cathedral is considered to be one of the most unique feats of Russian architecture. Originally built between 1555 and 1561 to commemorate a military conquest, the building continues to dazzle thousands of visitors each year in Moscow's famous Red Square.

The cathedral is world-renowned for its fairytale appearance, but how much do you know about its history? Read on to learn five fascinating facts about the cathedral, from the controversial Tsar who commissioned it to its original color.

It was commissioned by Ivan the Terrible. 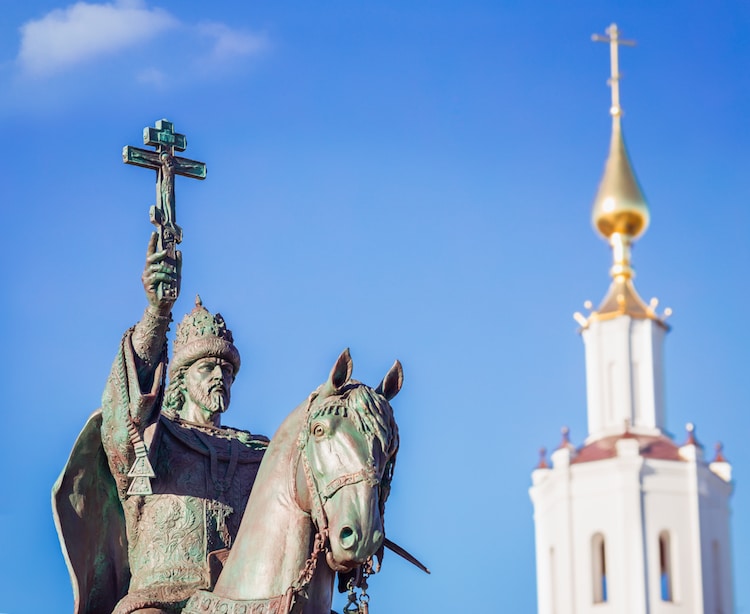 Statue of Ivan the Terrible in Oryol, Russia (Photo: Stock Photos from yingko/Shutterstock)

Ivan Vasilyevich (1530-1584), the first Tsar of Russia, ordered the construction of the cathedral in 1555 following Russia's capture of the independent Khanate of Kazan. Ivan's reputation as a cruel and stern leader led to his more popular nickname, Ivan the Terrible. In fact, some stories of the cathedral's construction say that Ivan blinded the unnamed architect (or architects) so that there would never be another building like it.

The building is made up of 10 churches. 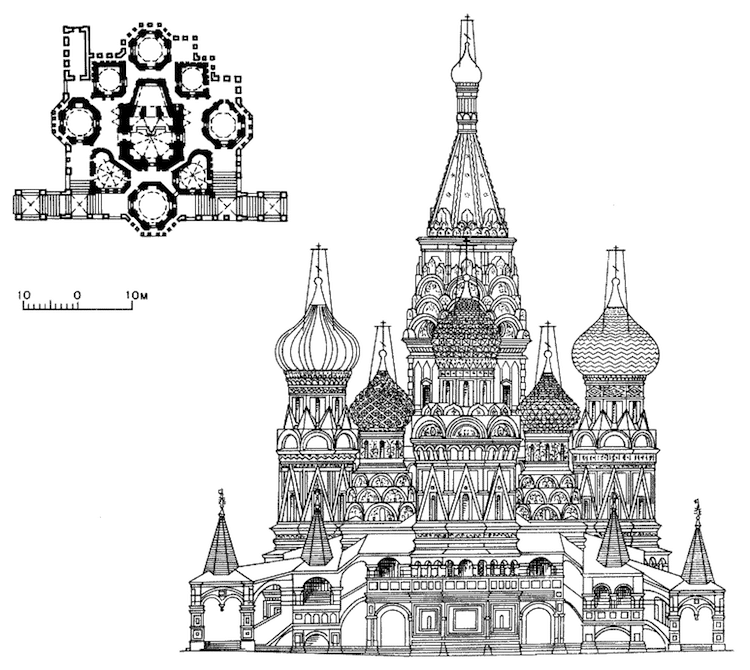 The layout of the cathedral is based around one massive central church called the Intercession. Four large churches are arranged around the central core like compass points, and four smaller churches are diagonally placed. Despite the systematic grouping of these chapels, the cathedral as a whole is asymmetrical and changes appearance depending on the vantage point.

A tenth church was added in 1588 in honor of its namesake, Saint Basil, also known as Basil, fool for Christ.

The exterior was originally painted white. 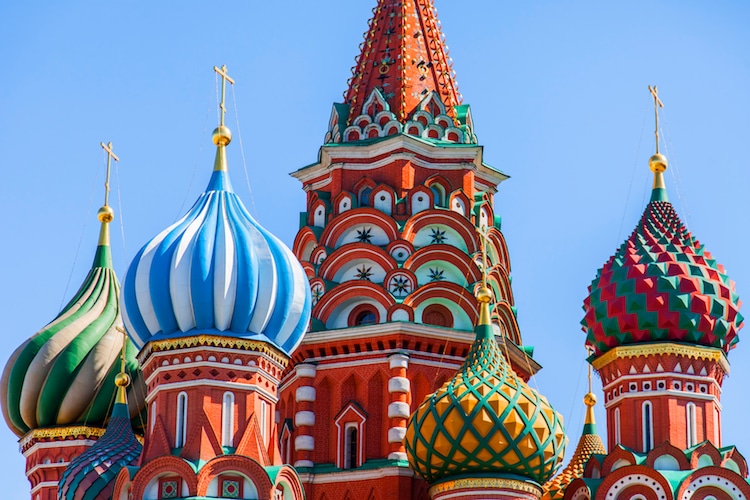 Although today Saint Basil's Cathedral is recognized for its vibrant palette, the colorful exterior was not added until 200 years after the structure was completed. In fact, it is believed that the cathedral was originally painted white with golden domes.

It was only in the 17th century that Russian architectural styles began including more whimsical color schemes. Saint Basil's, in particular, received the inspiration for its decoration from a passage in the Book of Revelation, which describes the Heavenly City. 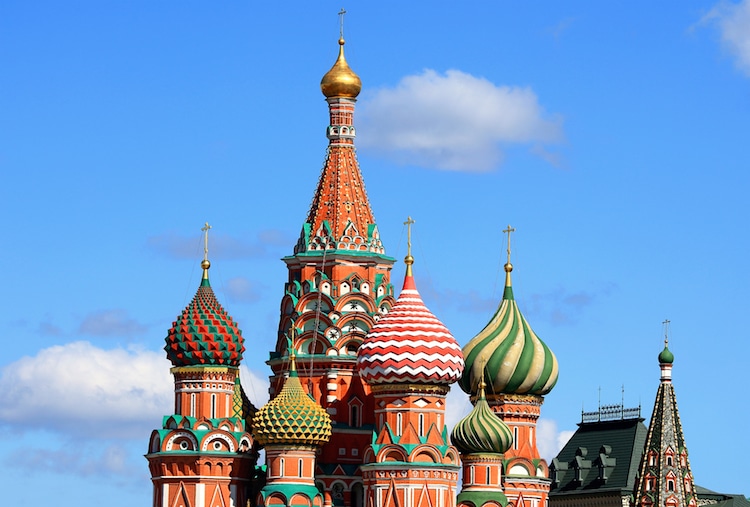 The official name of Saint Basil's Cathedral is the Cathedral of the Intercession of the Most Holy Theotokos on the Moat. This derives from Tsar Ivan the Terrible's victory over the Tatar strongholds, which took place over the Feast of Intercession. It is also called Pokrovosky Cathedral and the Trinity Cathedral.

The cathedral is a UNESCO World Heritage Site. 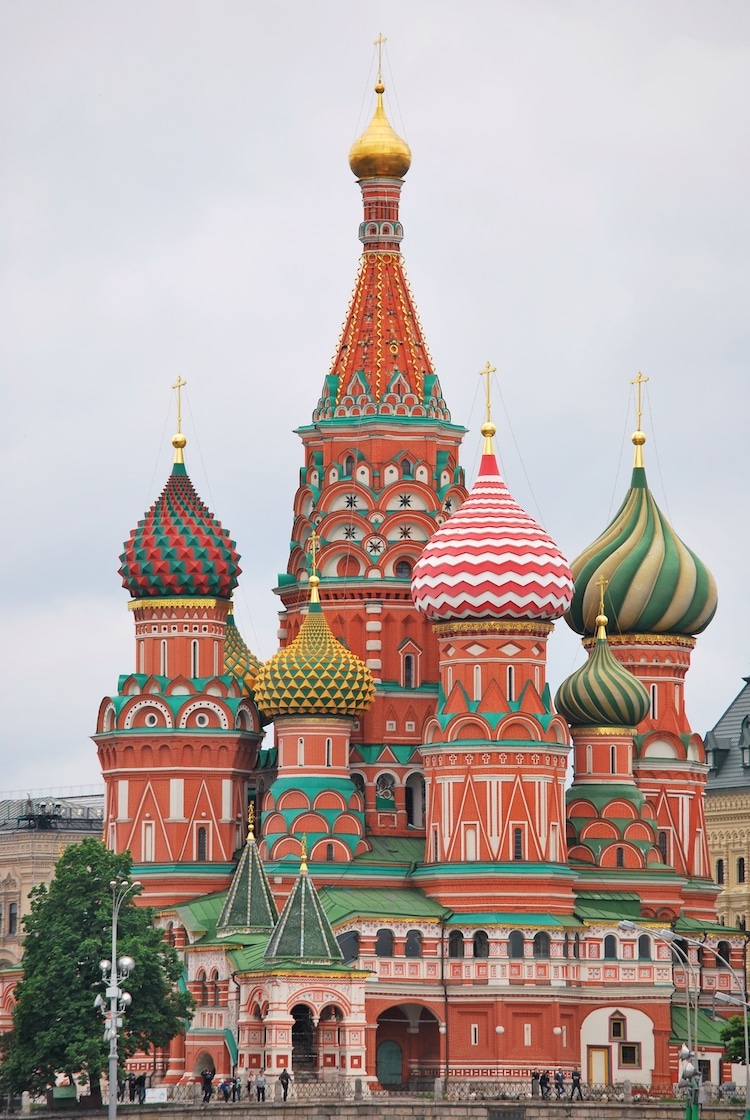 Like other cultural landmarks, St. Basil's Cathedral has survived several different epochs of world history. In 1928, the building was confiscated by the Soviet Union and turned into a secular museum. Many decades later, in 1990, the cathedral was recognized as a UNESCO World Heritage Site alongside the Kremlin and Red Square.

The building has since returned to its original purpose and began operating as a church. Since 1997, it has served as an Orthodox cathedral with weekly services.