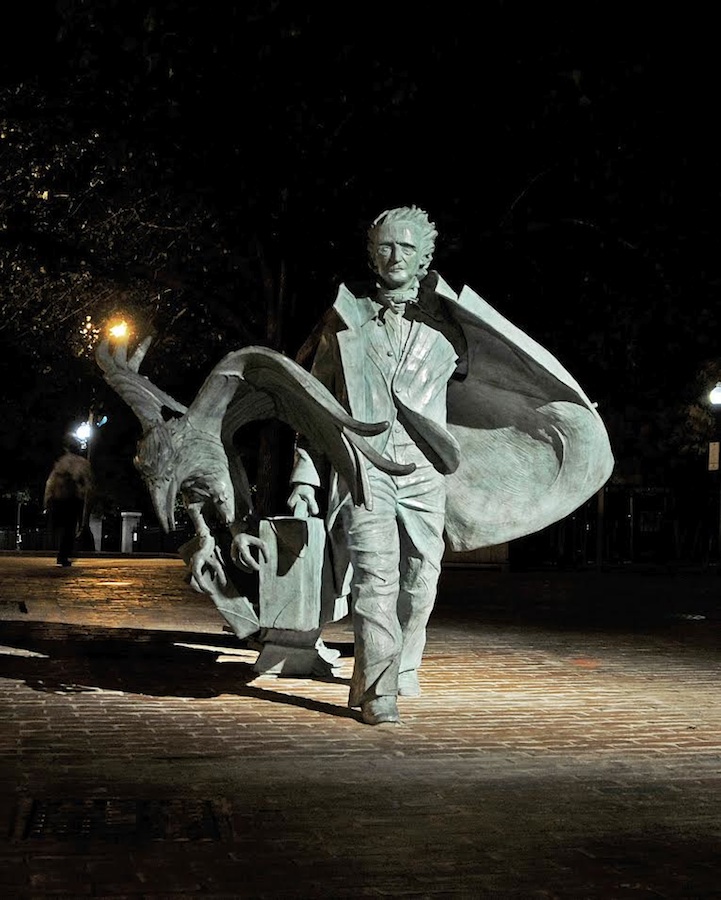 165 years since his death, Edgar Allen Poe returns to his hometown of Boston. Artist and sculptor Stefanie Rocknak just reached out to us to show us these newly released pictures of the 5-foot-8-inch sculpture she designed and created herself. Beating out 265 other artists from 13 countries, this life-size sculpture shows Poe in mid-stride with his jacket blowing in the wind, holding a briefcase in his hand while papers flow out of it.

Back when she first submitted her idea, Rocknak wrote, “I propose to cast a life-size figure of Poe in bronze. Just off the train, the figure would be walking south towards his place of birth, where his mother and father once lived. Poe, with a trunk full of ideas–and worldwide success–is finally coming home,” said Rocknak. The sculpture is located just two blocks from where Poe was born.

Over 400 people were on hand during the unveiling including Robert Pinsky, a former national poet laureate who teaches at Boston University, and Marty Waish, Mayor of Boston.

“I wanted it to be accessible, so I made him life-size and the raven larger-than-life, like his reputation. People seemed really attracted to the statue,” Rocknak said. “This is a triumphant Poe, returning confidently after 165 years of literary success. The imagery is obvious and immediate. The raven represents [Poe's] global fame and endurance, the trunk full of papers symbolizes the scope and power of his work, and the trailing pages are engraved with texts published in or written about Boston.” 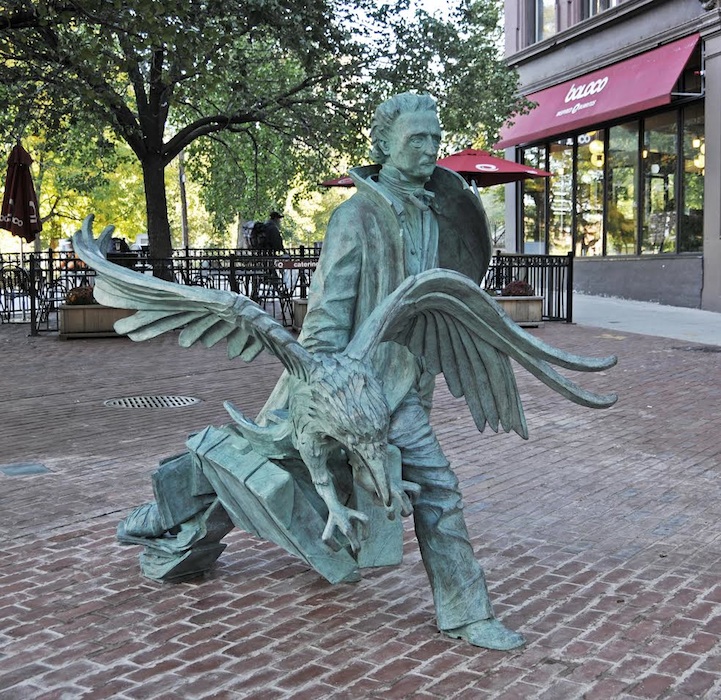 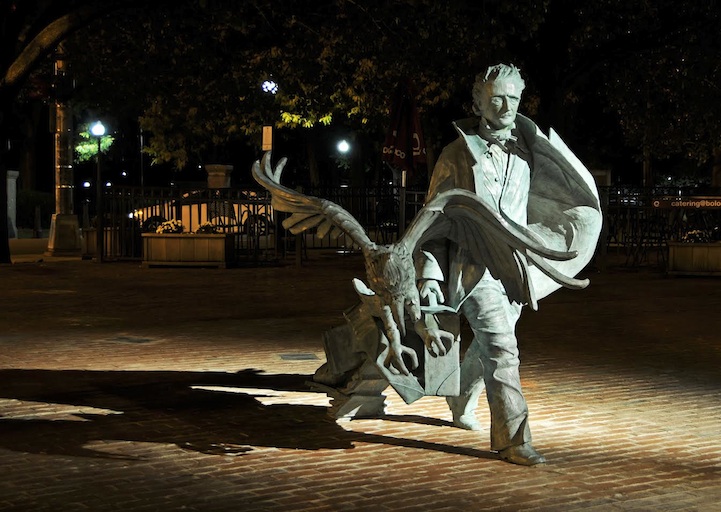 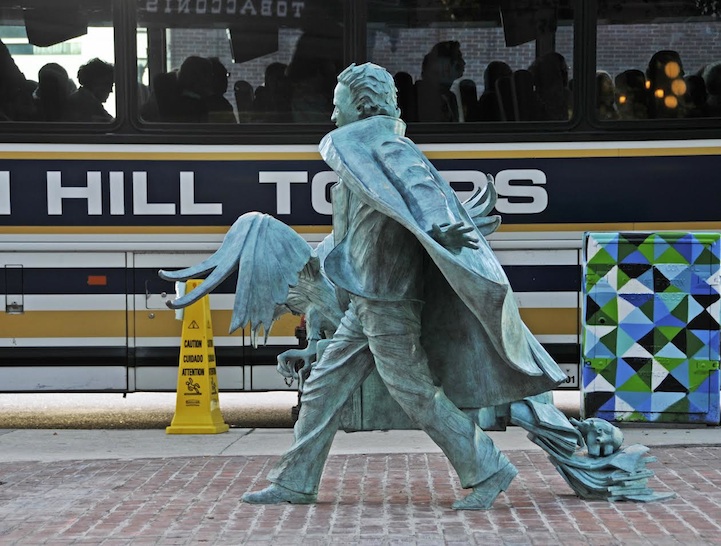