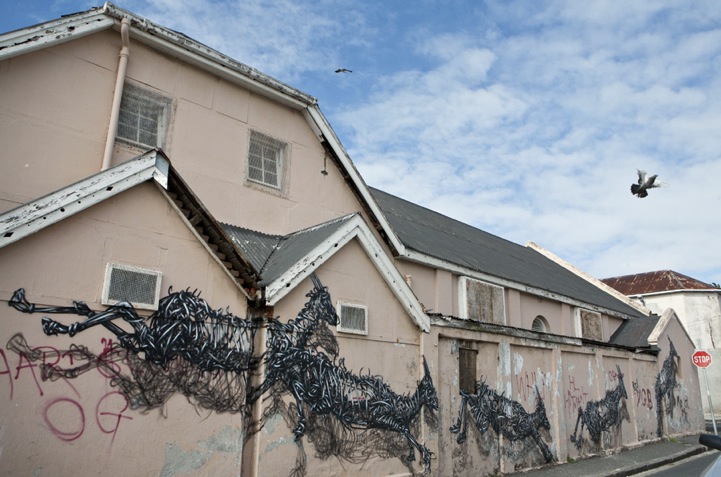 Recently, Chinese street artist DAL left his mark again on the streets of Cape Town, South Africa with a new mural entitled “The Williams Brothers.” In his trademark ribbon style, DAL used just black and white paint to depict motion of one animal (or perhaps multiple) bounding and bouncing along the streets and around the corner.

The contrast of the animal forms against the man-made concrete walls is a comment on the complex relationships that people have with nature. As DAL says, he is, “Inspired by the way the material world revolves, how the spiritual world unfolds, life's emotions, and the infinite space around us.”

The artist finds connection with the world by venturing out and generating street art that, much like people, has a fleeting sense of existence. Check out the Urban Painting Gallery next month for DAL's new solo show in Milan. 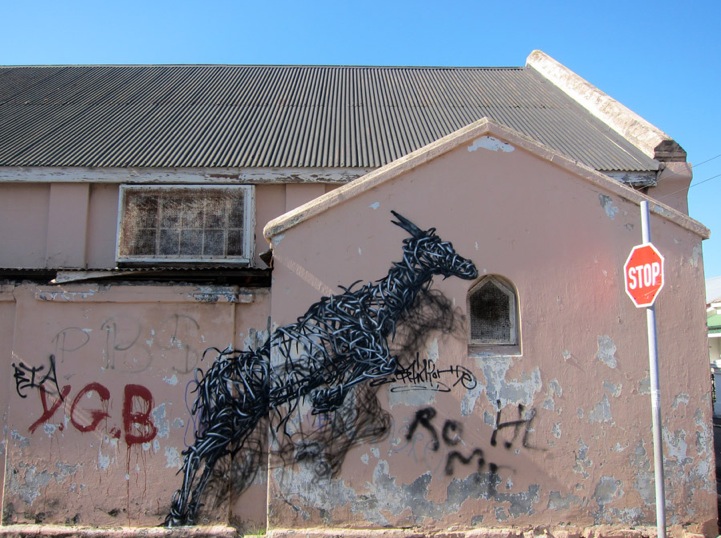 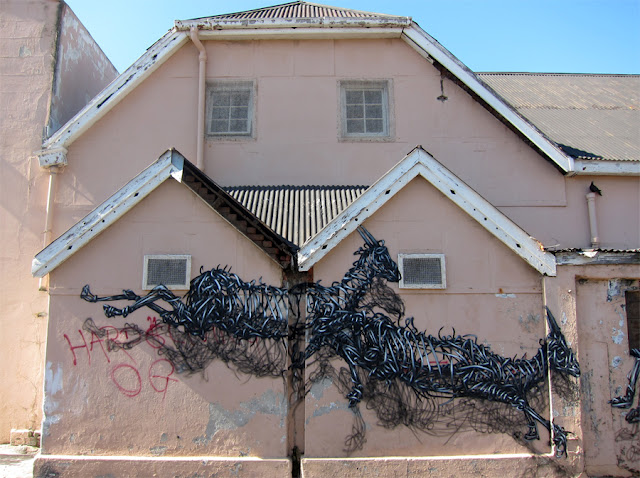 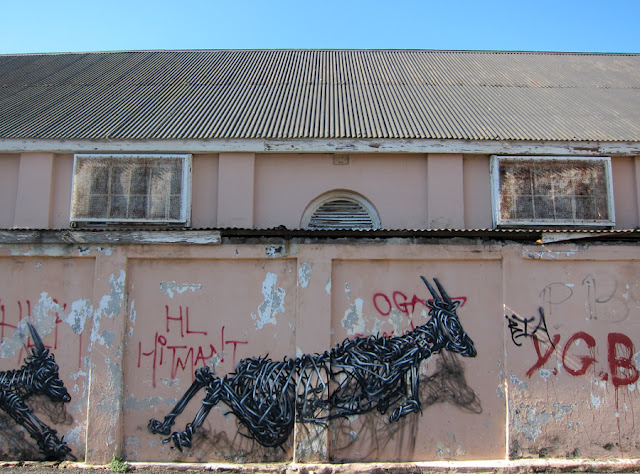