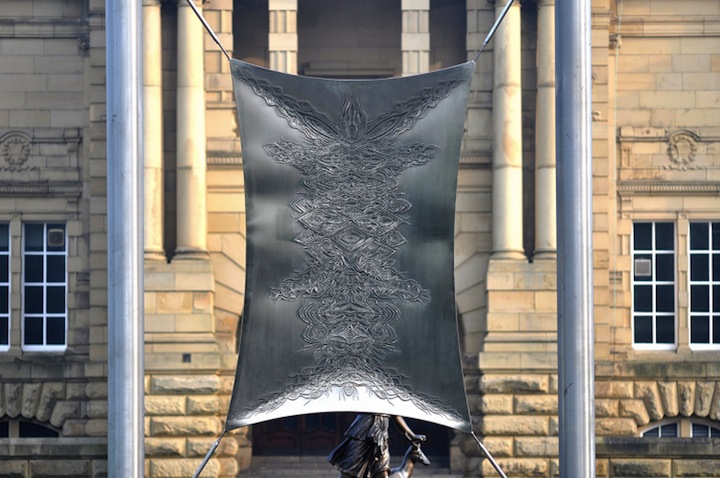 After we featured the unbelievable nail art by Marcus Levine, we were surprised and delighted that he found our post to tell us about his striking new piece. His first public commission, Hung Out to Dry is made up of a stainless steel shaped panel which has 28,000 nails protruding from it! The panel itself appears to be stretched between two, giant 15 foot tall nails which are holding it to the ground.

Incredibly, each of the 28,000 nails was hand driven into a pre-cut hole and is wedged at specific heights to create the undulations and contours visualized in the artist's mind. (In other words, see it from the side to really appreciate it.) Although abstract, Levine hopes the viewer draws a “correlation between the sculpture and the barbaric ritual of hunter's displaying their trophy killings. There is a large slit in the back which has a dual purpose, it serves to show the beauty of the reverse (the points of the nails) which are normally not seen. But also could be translated as a death wound.” 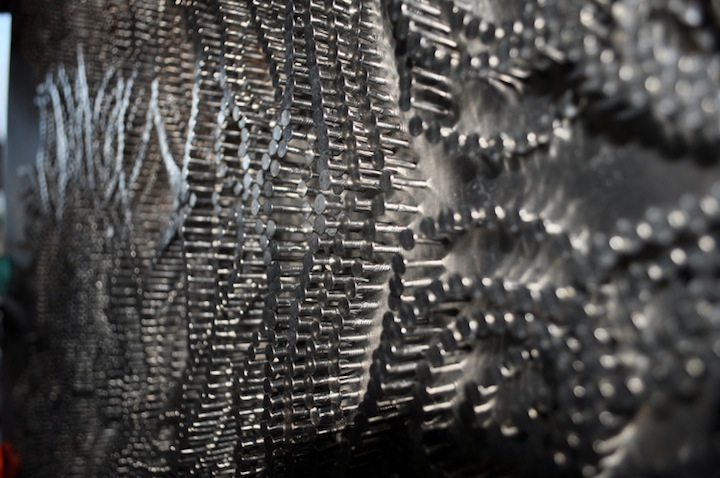 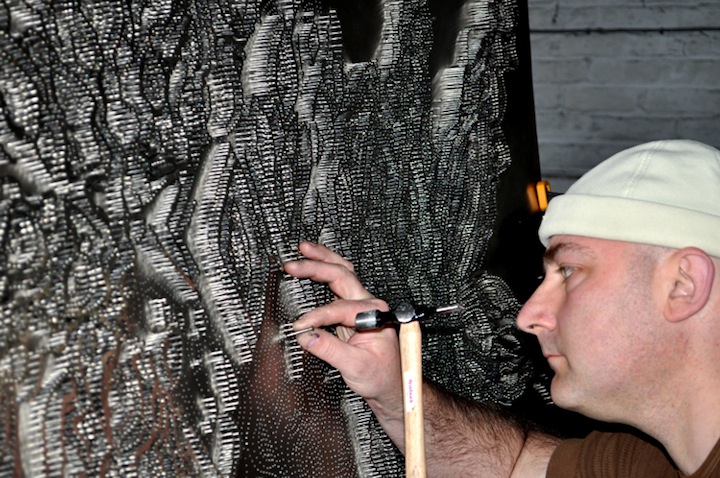 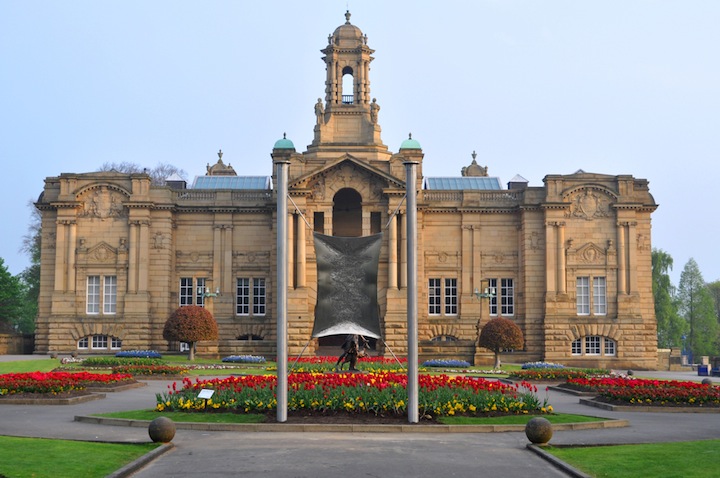 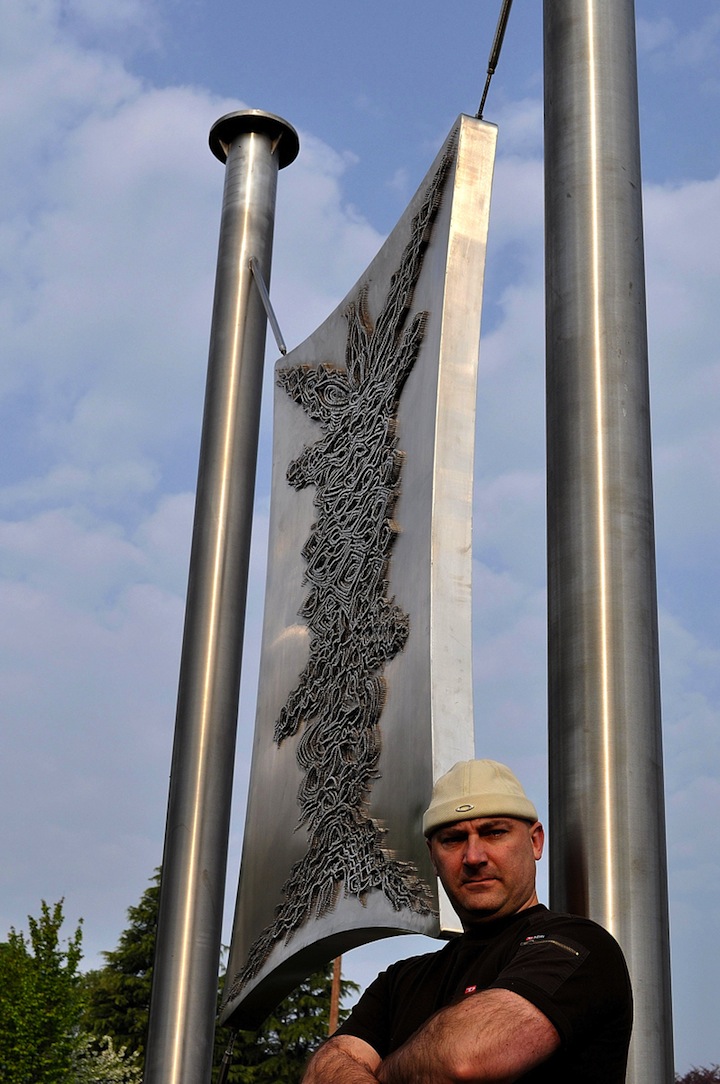 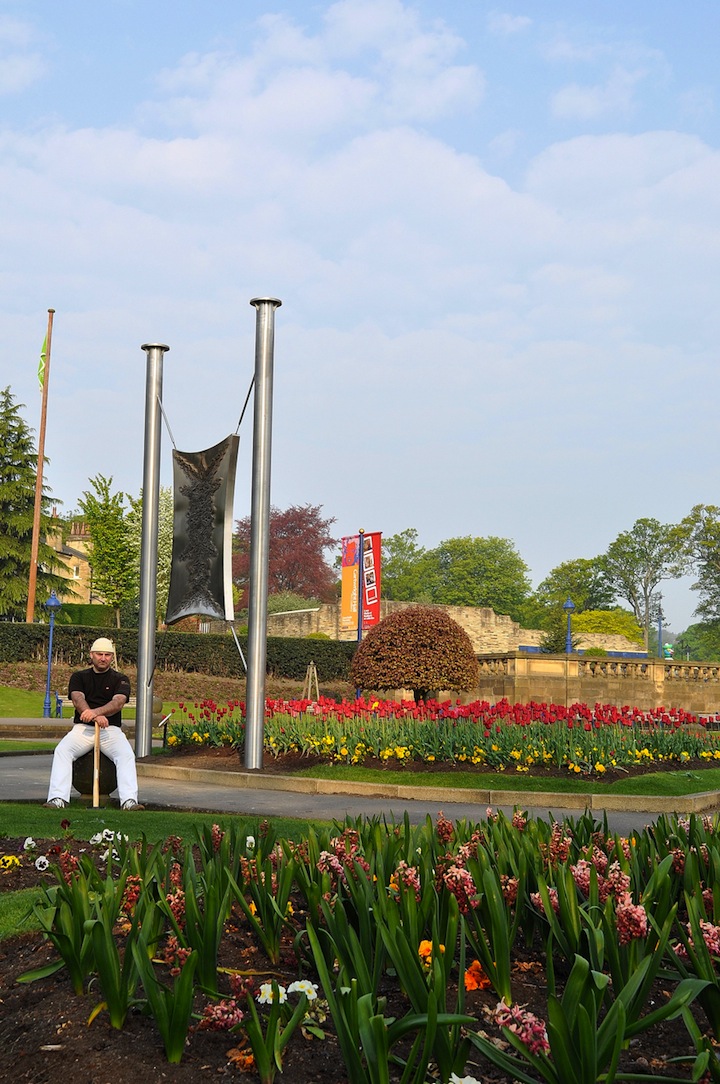 The beautiful sculpture can be seen on the grounds of Cartwright Hall, Bradford's Civic Art Gallery in West Yorkshire, England from now till September 25th. He also has more work inside the Cartwright including pieces from his Sense exhibition. Coolest part? The work can be touched so both visually impaired and sighted people can interact with it. If you're in the area, make sure you drop by and check it all out.