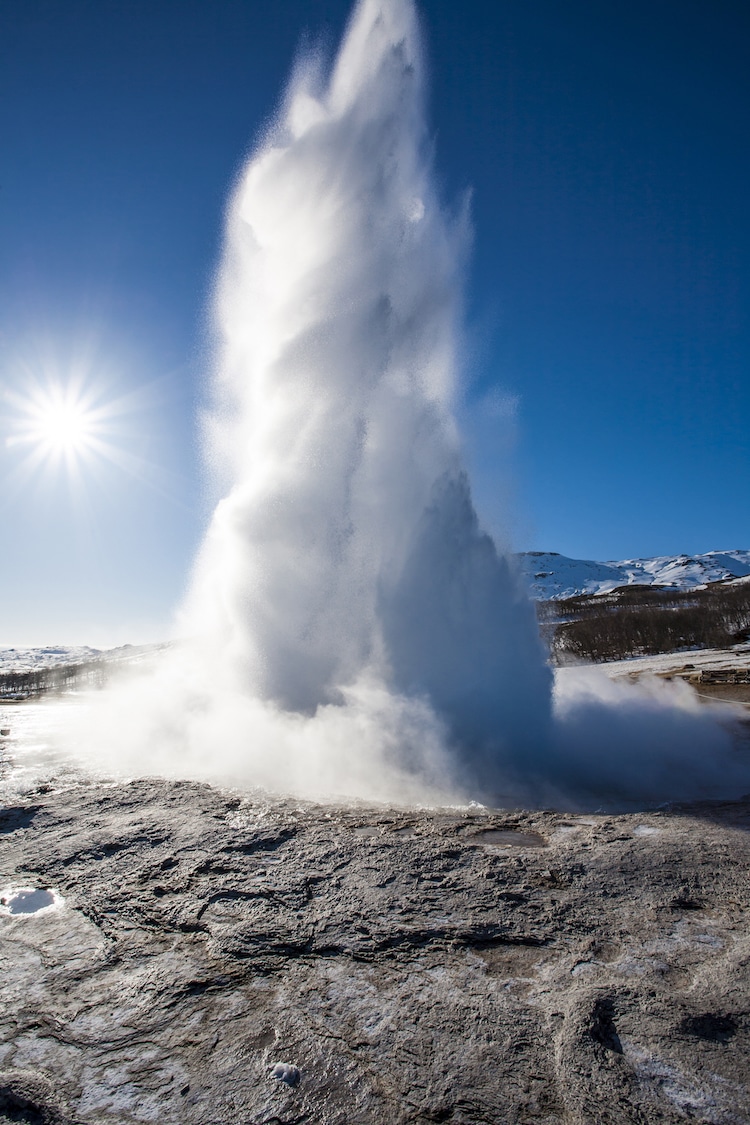 In Iceland, Strokkur is one of the few geysers that frequently erupts. Every six to ten minutes, a column of hot water and steam shoots high into the air, sometimes up to 120 feet. Located in the Haukadalur Valley, Strokkur is one of about 1,000 active geysers around the world, with tourists flocking to see the great natural wonder.

The geothermal area is actually home to the dormant Geysir, the first known European site which gave us the word “geyser.” Now mostly inactive, it sits close by Strokkur and was named Geysir after the Old Norse verb að geysa, which means “to gush.” While the Geysir was first mentioned in 1294, Strokkur has a newer history. Similar to the Geysir, a large earthquake helped unclog the conduit, with the first mention of Strokkur's activity occurring in 1784.

Throughout the years, it continued to erupt until another earthquake clogged the conduit in the 20th century. In 1963, a local committee cleared the blockage and Strokkur has been erupting ever since. The hot streams of water actually appear to fork into the air, appearing like Poseidon's trident—as if the Greek god of water was emerging from the earth himself.

So how do these magnificent geysers work? They are so rare because a specific set of conditions must come together perfectly in order to create the phenomenon. Almost all geysers are located close to volcano fields, as cooling magma provides a heat source. When water on the surface makes its way underground into the bedrock, it comes into contact with hot rocks and begins to boil. The pressure then builds up, causing the steam and hot water to shoot through a surface vent and cause what's called a  hydrothermal explosion.

And while the site of the geyser is mesmerizing, make sure you stay back. That hot water can reach up to 212 degrees Fahrenheit (100 degrees Celsius), so watch out!

Strokkur Geyser in Iceland has been active since the 18th century. 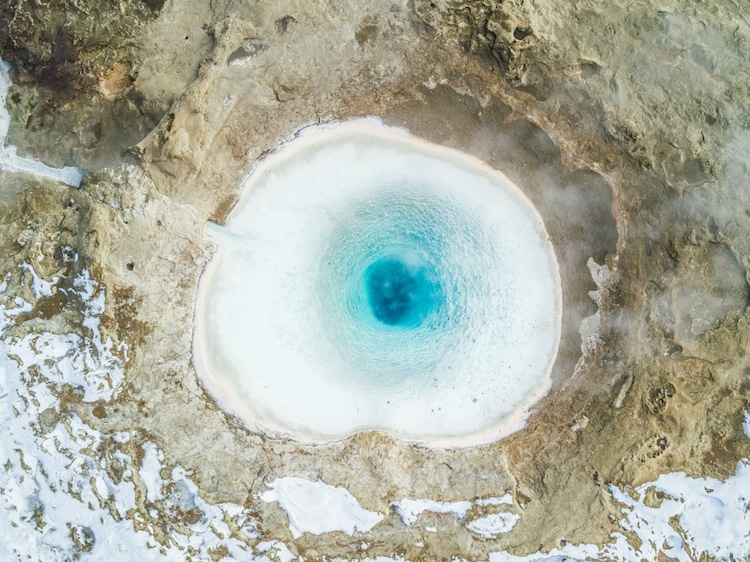 Every 5 to 10 minutes it shoots a hot column of water and steam up to the sky, making it a popular tourist attraction. 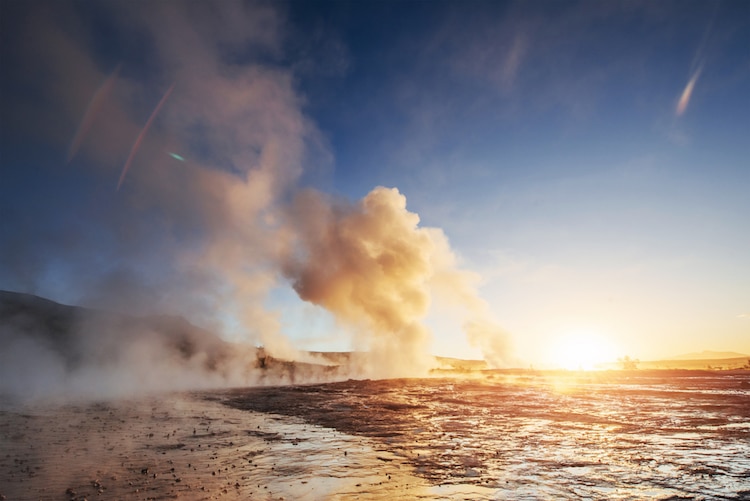 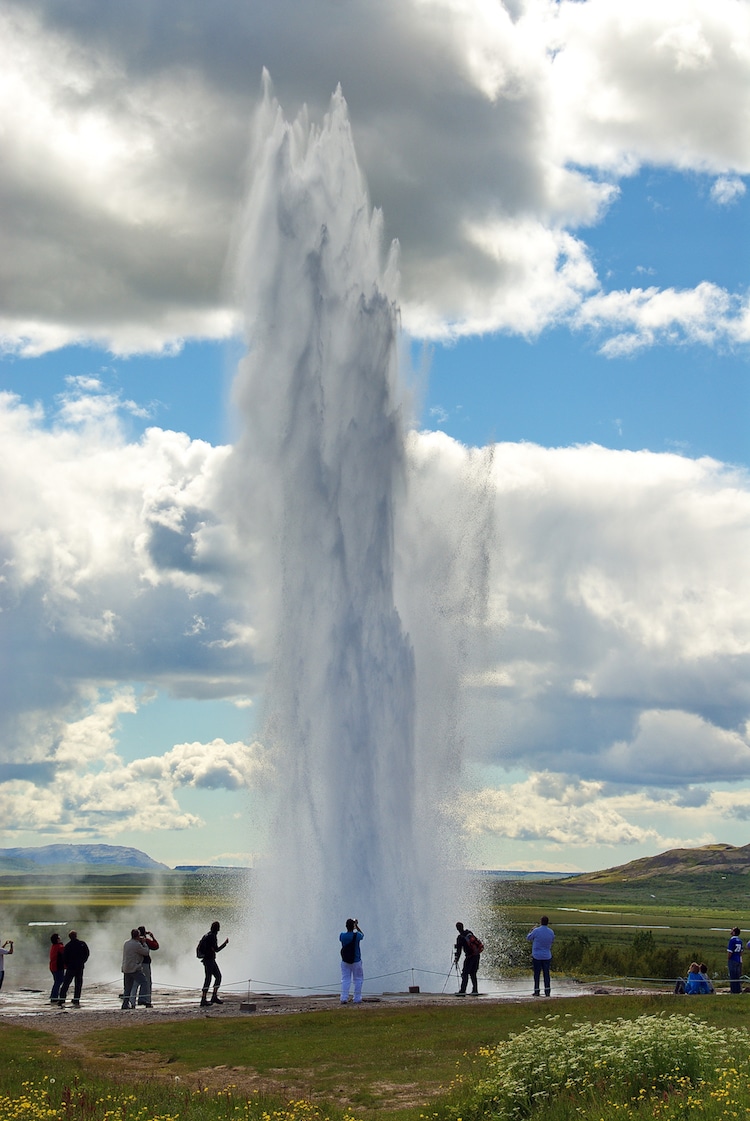