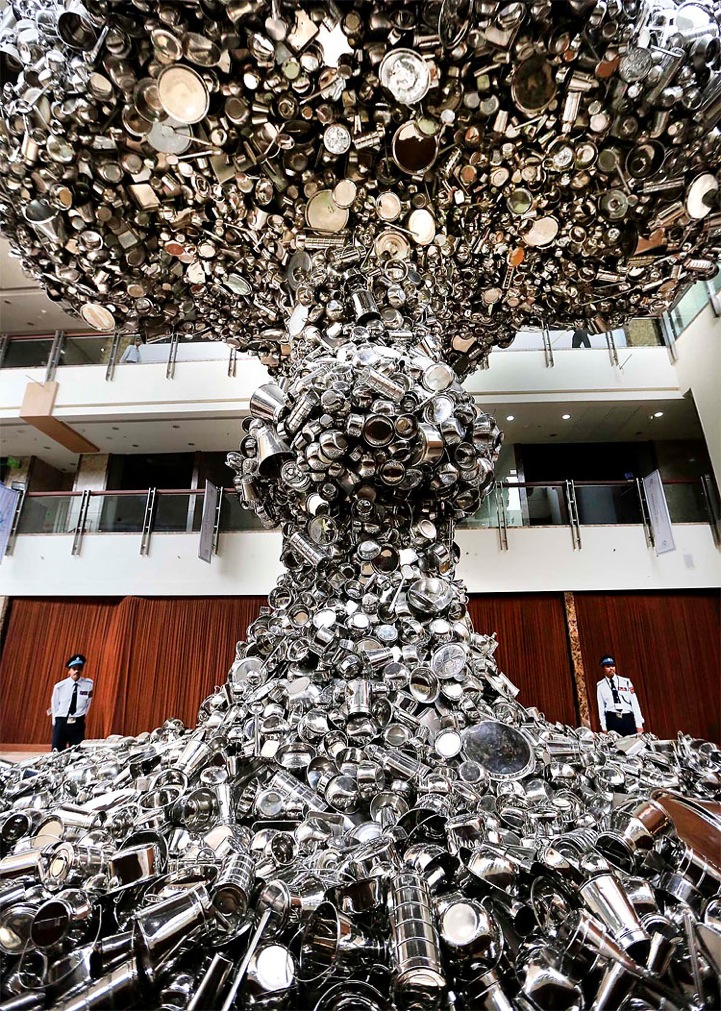 New Delhi-based Indian artist Subodh Gupta's sculptural installation titled Line of Control mimics the dismaying mushroom cloud that forms from the deployment of nuclear warfare, most historically recognized from the atomic bombings of Hiroshima and Nagasaki. The piece features 26 tons worth of stainless steel utensils, including spoons, cans, pots, and pans.

While we're most familiar with the nuclear explosions in Japan, the interdisciplinary sculptor's powerful work seeks to draw attention to a massive issue with global significance. The title Line of Control also alludes to the Indian-Pakastani border of military control at the former princely state of Jammu and Kashmir. In an interview with Daily Mail, Gupta says “In 1999 I made the first drawing of a mushroom cloud when India and Pakistan were on the brink of a nuclear war. They were having conversations like how many people were going to die if India used its nuclear power. It chilled my heart.”

Ultimately, the artist criticizes the use of atomic weapons with his towering installation that took seven days to install. LOC is currently on display at Kiran Nadar Museum of Art and open for the public to view. 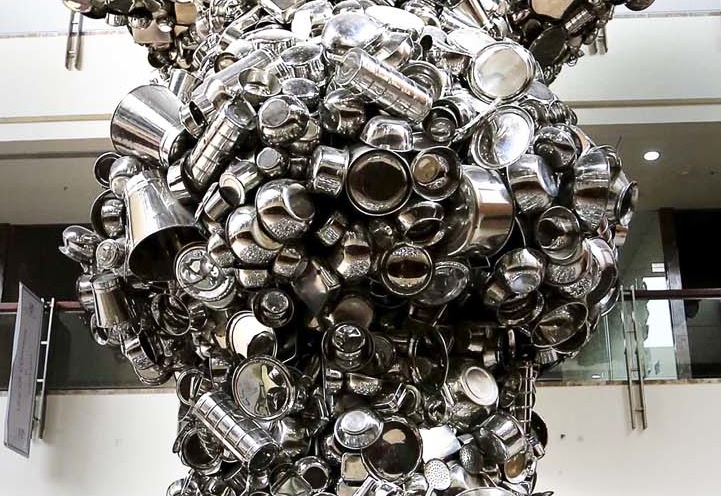 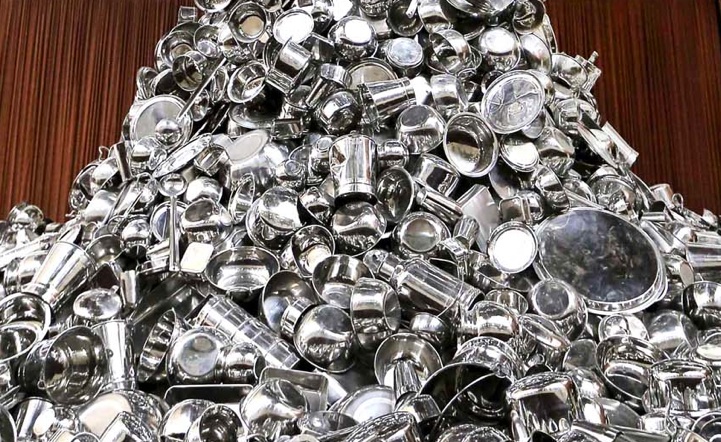 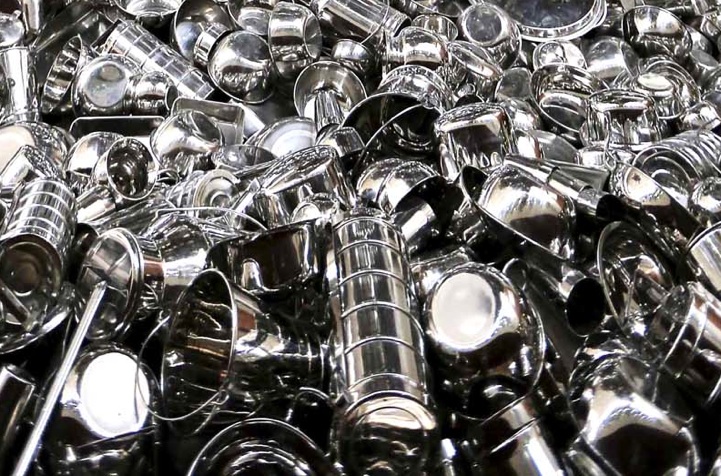